Quitoloma: A past written in stone

Half-an-hour from the town of El Quinche (to the northeast of Quito), past the massive sky-blue-domed church, we take the cobblestone road that climbs up to the community of Chumillos. In just 10 kilometers, we travel into the past, into a land of patchwork fields and herds of animals that graze on them, reaching 3.665 meters above sea level. 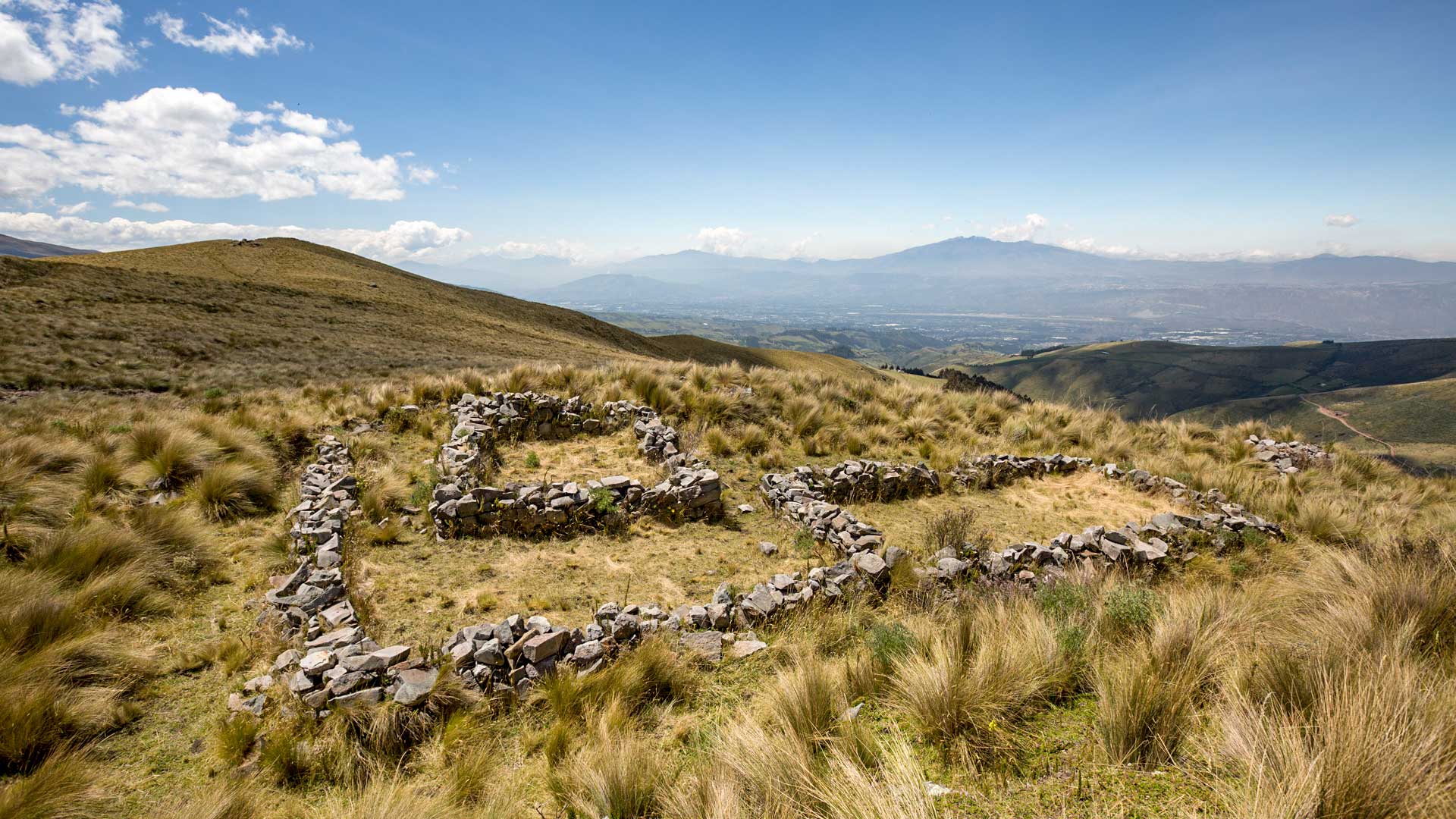 They say that the ancient ruins were a sacred place for the ancestral Cayambi-Caranqui clans, as well as a strategic point during their defense against the invasion of the Incas. Following their victory, the Incas employed it as a pucará, a Kichwa word that means fortress or temple, characterized by its spiral shape.

This pucará is part of the Pambamarca Archaeological Complex, one of the most important in the northern Andes of Ecuador. It was connected with the Qhapaq Ñan, the Inca Empire’s impressive road system, a UNESCO World Heritage icon.

Although the inhabitants of Chumillos had always known of its existence, the first description of the archaeological site came from the French Geodesic Mission surveys in the area. Here, the European scientists established one of the base stations for their measurements (whose collected data would prove the shape of the Earth). This is the reason why one of the nearby hills is still known as Francés Urcu, French Hill.

Although hard facts are scarce, the community works hard to recover this space and recount the stories told by their grandparents. In addition to collaborating with the few researchers who have visited the area, they have planted Polylepis trees, well-known for their silk-like paper bark, an endemic species that aids the return of original vegetation amid the pastures and plantations.

A modest entrance fee of $2.50, which goes towards maintaining the humble facilities, takes us to the site. We are lucky to be guided by descendants of the ancient indigenous communities that have inhabited the area since Prehistoric times. It feels like an honor to be in their company.

Quito Turismo and Ñan join forces to offer you the best of the city and surroundings: routes, walks and great information to run with… and share!

We recommend wearing warm clothing and comfortable shoes, a waterproof vest/windbreaker; also carry trail mix and hydration, since the community is small and does not offer food.

While we walk along the artificial terraces and down the path over pits, alongside stone walls and steps, it is easy to invent stories of how a work of this magnitude was possible hundreds of years ago, and to agree or disagree with the theories elaborated around its construction. According to our guides, it required a laborious man-made restructuring of the hill to create all the terraces at different levels. Being there, the only certainty we have is the thrill of observing the Avenue of the Volcanoes in all its splendor, and being able to gaze westwards to Quito from such a privileged viewpoint. Now we know why it’s called Quito Loma, Quito’s Hill. 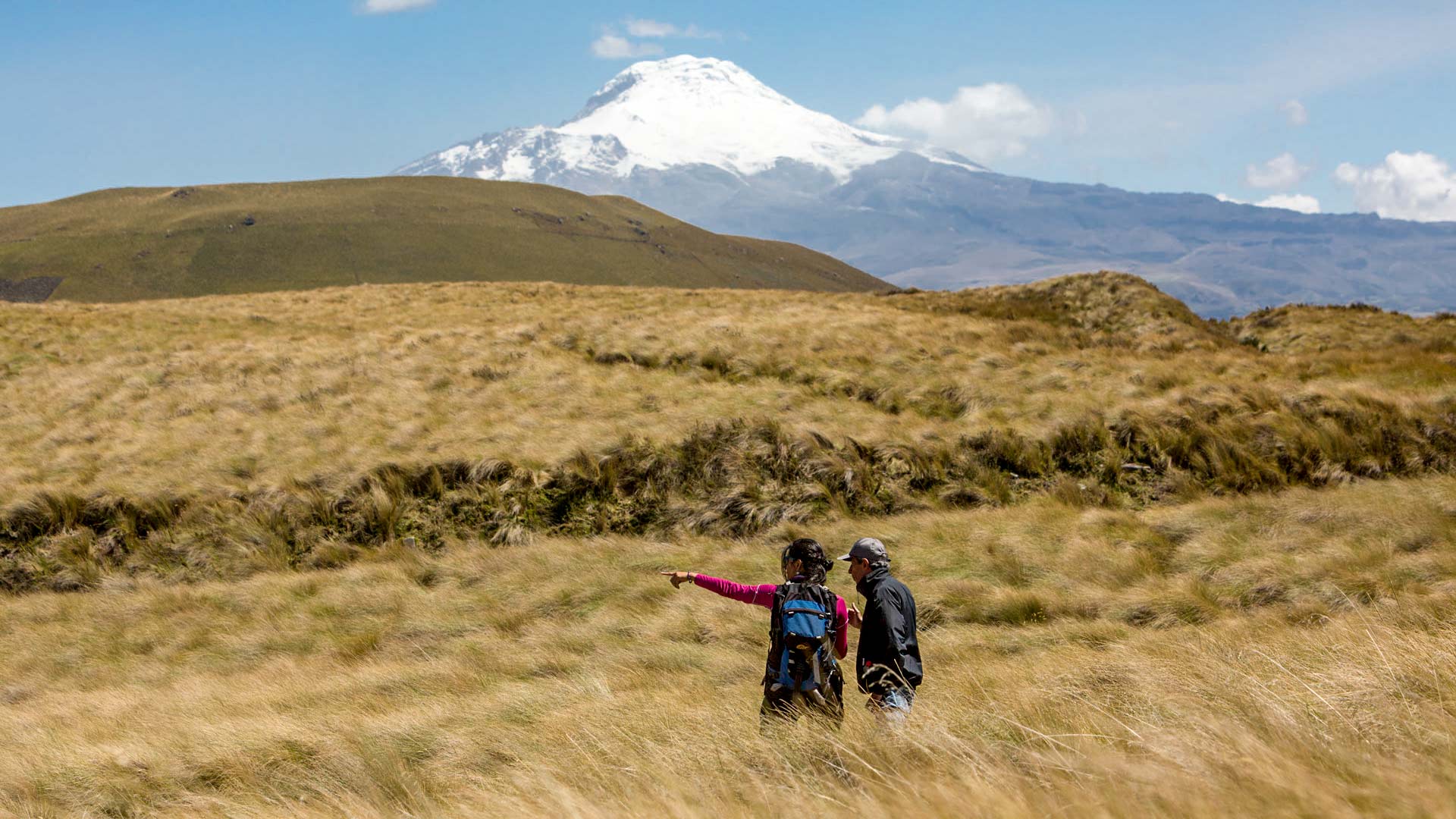 The ascent up to the site is short and not too strenuous. Once there, there’s the temptation to stay, explore, wonder and evoke how, in times past, one would have observed walkers, merchants and troops gathering here. Today, you can camp out at the site, protected from the wind. And if horses are your thing, you can also ride these over the surrounding extensive páramo lands for a small fee.

If you have more than a day to explore, hike over to Pambamarca hill, passing by Janchi Pucará, Francés Urcu and Jamby Machi, known in the area as the “hill that heals.”