Jimmy Zhañay’s entire family calls the scruffy-bearded Japanese staying at their house “Samu”. I doubt it’s his real name. I suspect it to be a nickname taken from the Pokemon animé. But the guest seems to enjoy it; whenever he hears it, he shines a bright smile.

He arrived one fine day at the Zhañays’ humble family abode in sandals and bermudas, scarcely speaking the language, asking for shaping classes. He came all the way from Japan to Playas Villamil to learn from the master himself.

Surfing (and surfboard-making, a.k.a. ‘shaping’) allegedly reached Playas under the arm of “Skip” Kozminski, a California native who locally goes by the nickname of “Gringo Andrés”. Some 40 years back, Andrés decided to escape the humdrum of life in the United States by hiding out in the empty beaches of Playas, where he discovered waves and a laid-back village atmosphere good enough to call home. He soon began shaping his own boards out of local balsawood, creating his personal Balsaflite line, while teaching the locals interested in shaping and surfing everything they needed to know. 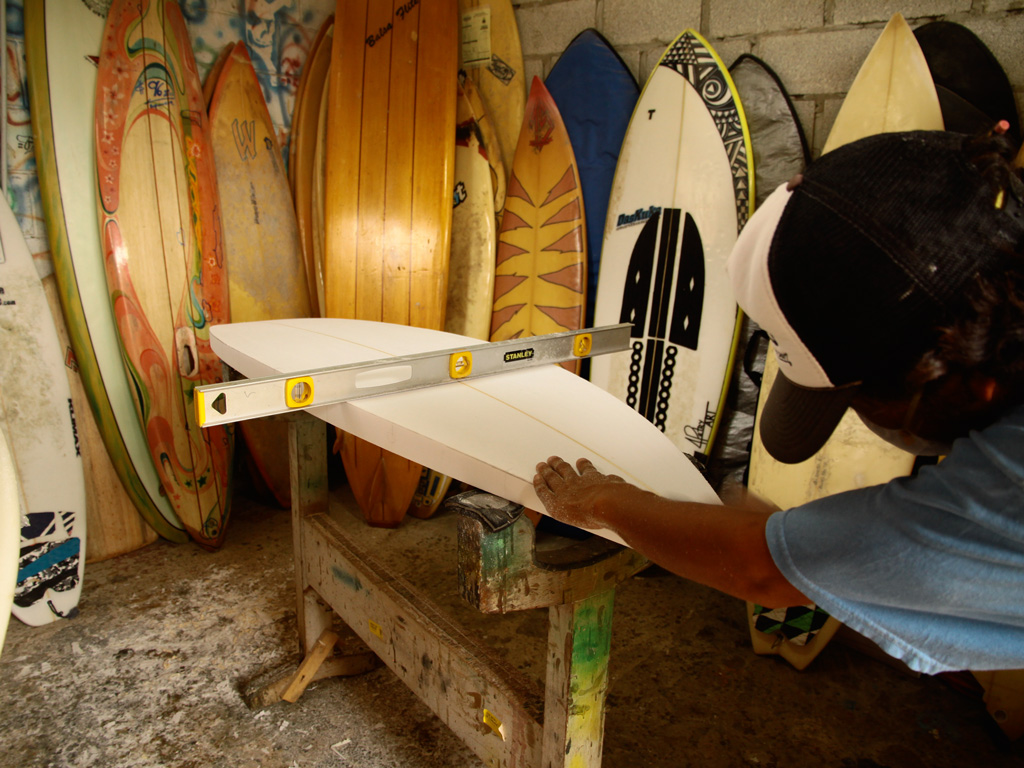 Jimmy Zhañay followed in his path and began shaping at 14 (he proudly calls himself Andres’ third disciple). His younger brother Milton soon followed suit and both joined forces to create a world-class balsawood surfboard emporium, which is hard to believe as you look around: a roofless garage with a 10×10-foot den. Exporting some 15 boards a month to leading brands like Kuntiqi, Zhañay signature boards are apparently prized possessions of surfing big guns like Fernando Aguerre, owner of surf-design mega-firm Reef and seven-term president of the International Surfing Association.

It’s all about the wood

Jimmy sands the edge of a three-meter longboard as if he were aiming the eight ball into the corner pocket, carefully pushing his body forward. He throws in a surfing pun to fit: “You’ve got to do it like you’re looking out to see if the waves are good.”  His attention grows as he moves along the board and only continues to speak once he’s finished: “We’ve never had a board sent back but getting all the measurements clear is a killer.”

The Zhañay brothers have continued unpretentiously for 30 years, melding their hobby and profession into one

If we were talking polyurethane, it would be another story. It would involve molds and assembly-line strategies to mass-produce the cheaper foam boards. The Zhañay brothers shape individual foam boards for the local market.  But when it comes to balsawood boards, with their state-of-the-art hollow bodies and eco-friendly practices, every board is made from scratch. The time and patience allotted to creating the warmth, quality and beauty of organic, balsawood boards have been the key to their success. We pick one up to compare it to the regular boards. It’s not just its lightness that makes it special. It’s the whole package: weight, texture, smell, size, shape. They have a special aura.

Milton mentions that they may finally open a specialized store across the street from their house, along Santa Marta Square, in Playas. This would be an audacious move for them, since they are not even reachable on the web. They do have email, though. So, if you want to purchase one of these babies from the source, or why not, follow in Samu’s footsteps and take some shaping classes with the masters. 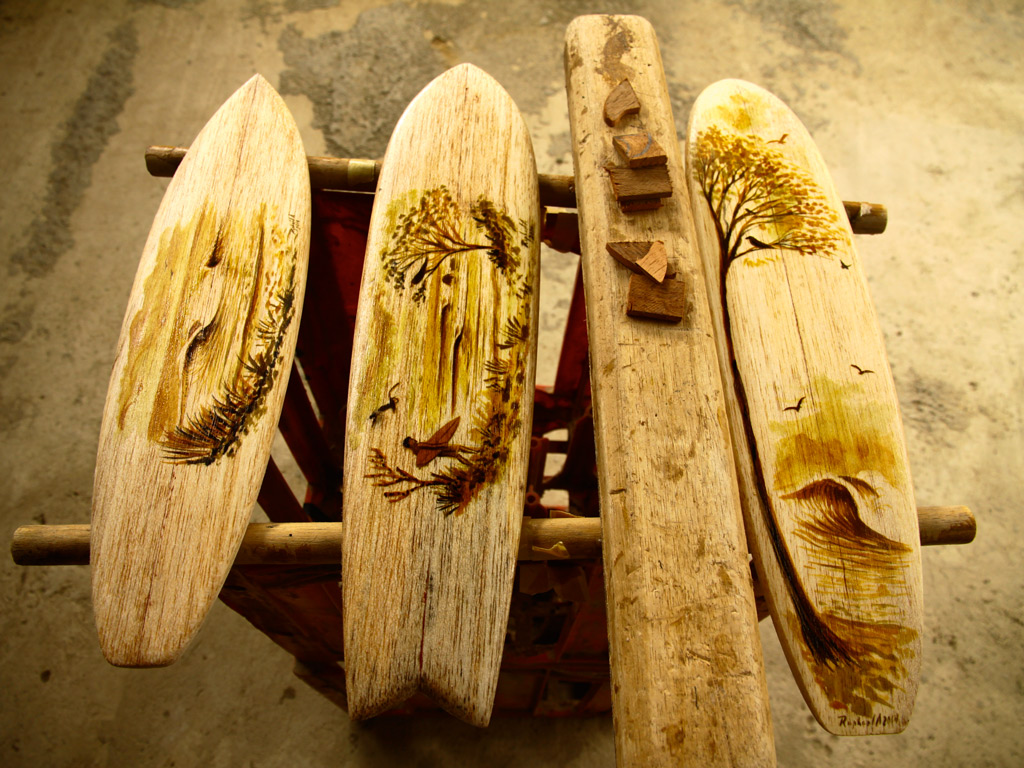