The Yasuní National Park is one of the most biodiverse places in the world. Discover the sounds, colors and movements of the humid forest.

“As large as life and two times as natural”

Through the Looking-Glass, Lewis Carrol

Unlike many other places in the world, the tropical jungle awakens inopportunely, the sun rising, with no warning, like an explosion of light. It changes everything in an instant.

Sound, a layer that envelopes the lush greenery, gives an equally surprising twist, like the change in tone and rhythm in a song, the moment darkness and its universe retire into the forest. 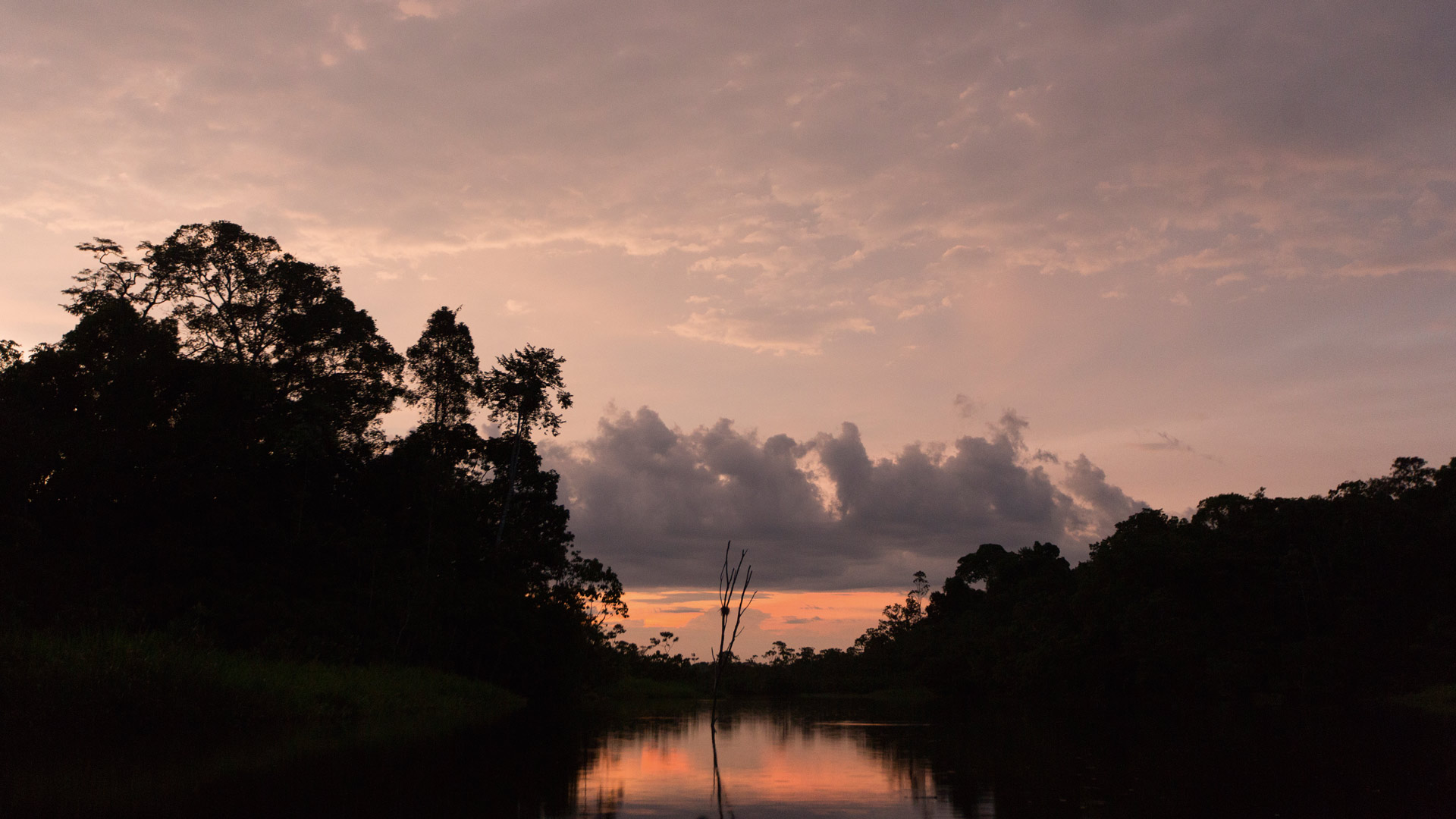 Parrots take flight from their perches with so much to say; the cicadas start to sing, exploding through the forest like a bustling market; the monkeys awaken, and fruit and branches fall, marking their path as they swing through the treetops; the ground begins to move as leaf-cutter ants open their freeways through the forest floor and army ants march to war.

The jungle experience is deeply sensorial and satisfies much more than only the eyes.

Smells like vanilla, when it is in flower, can cover immense distances; there are ants that taste like lemon; there are infinite textures, every branch, every trunk, every leaf, dead or alive. The jungle’s incessant score is full of levels, divided into distances: some sounds are close, others seeming closer still, but are actually far; there are small sounds, microscopic sounds, large sounds, sounds far and away, behind the visible horizon: howling, chanting, clicking, grunting, rustling over a mosaic of all possible shades of green. 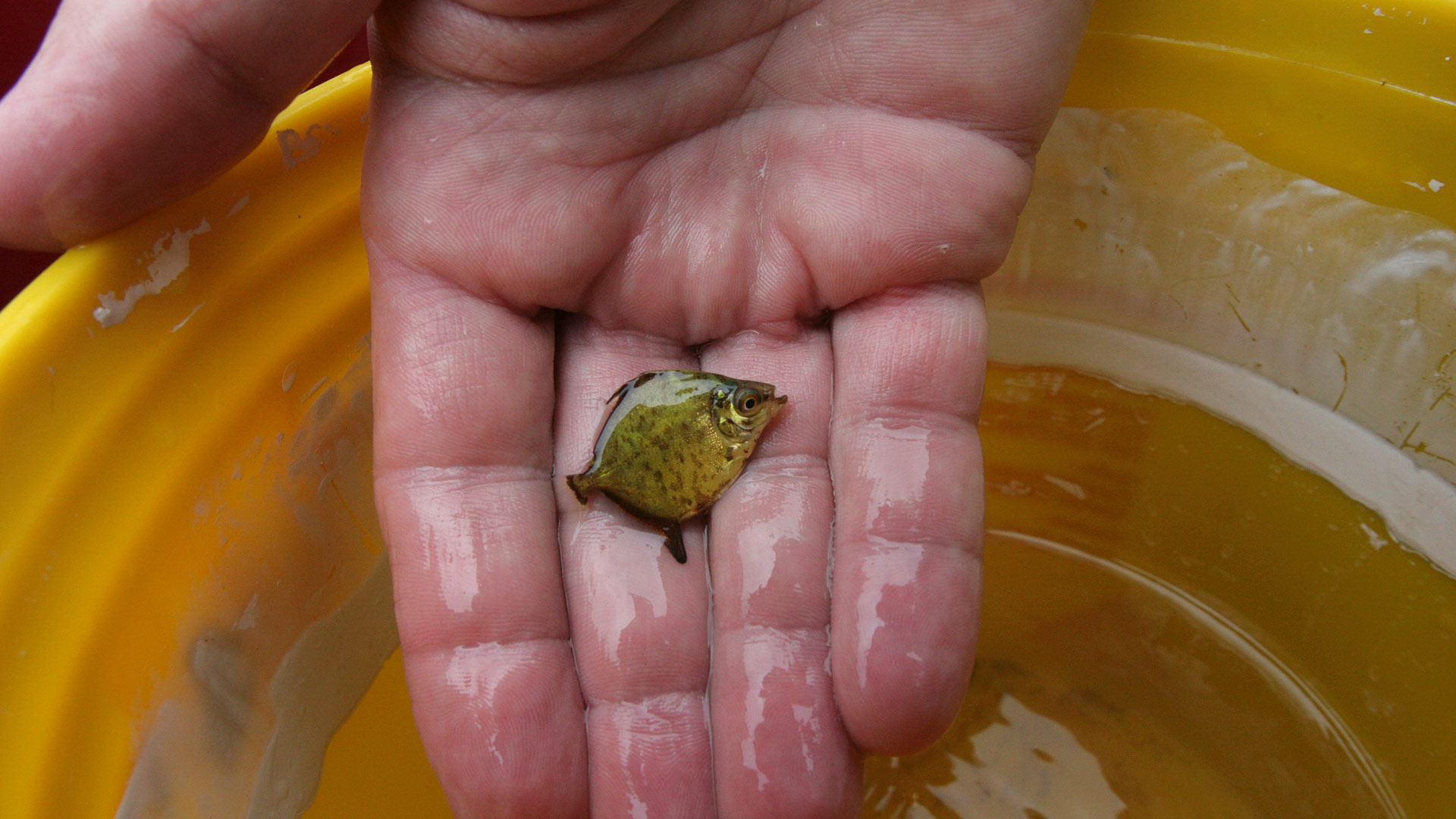 There are myriad animals in the Yasuní. In places like Napo Wildlife Center or Sani Lodge, for example, the local communities have self-imposed strict no-hunting restrictions, and large animals are not as difficult to spot as in other places; but there has been a degree of frustration among those who expect their Amazonian journeys to be a safari. Of course, everyone wants to satisfy the eyes; but it’s all a matter of perception. Here, the creatures are right in front of you. They surround you like no other place on Earth. But you can’t see them, even when they are within eyesight. 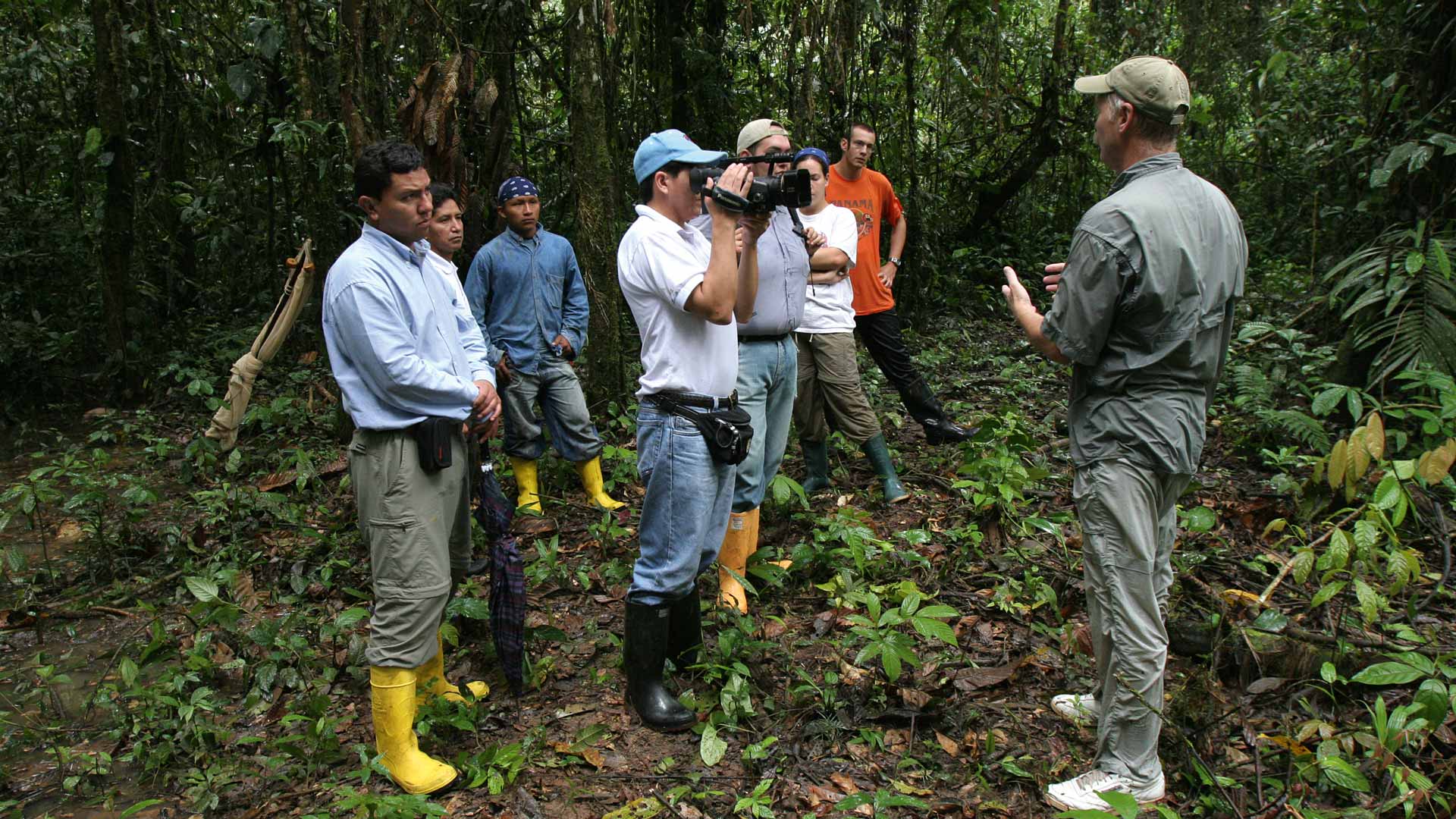 It is a kaleidoscope of optical illusions, nature’s game of hide-and-seek at its most sophisticated level. All the animals that exist here genetically mimic others to defend themselves against predators. Just because an animal is not visible it doesn’t mean it’s not there. It is, in every possible form. 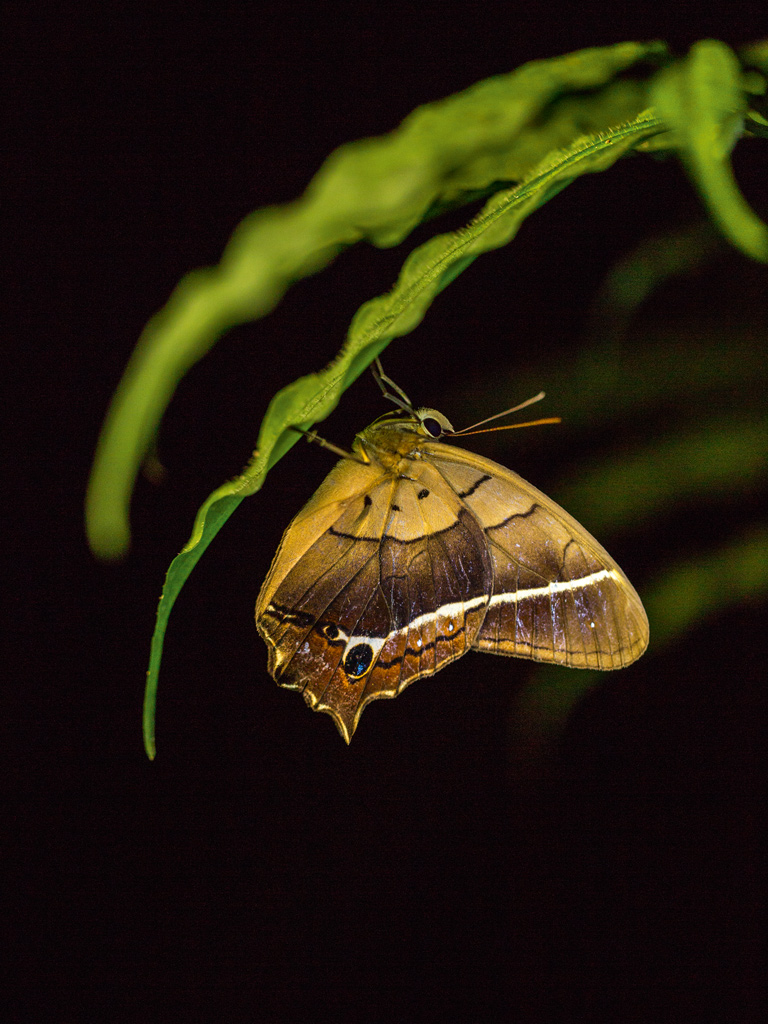 The Amazonian jungle is the greatest example of the wonders of life on our planet. There is no place where there is greater competition, where survival is played out with such creativity. And as a natural paradise, nothing is left out; everything is welcome, and everything finds its proper place. This is what the balance of nature at its most spectacular is, and within this balance we stand, a mere particle of this perfectly conceived horror vacui, Mother Nature’s chef d’oeuvre. 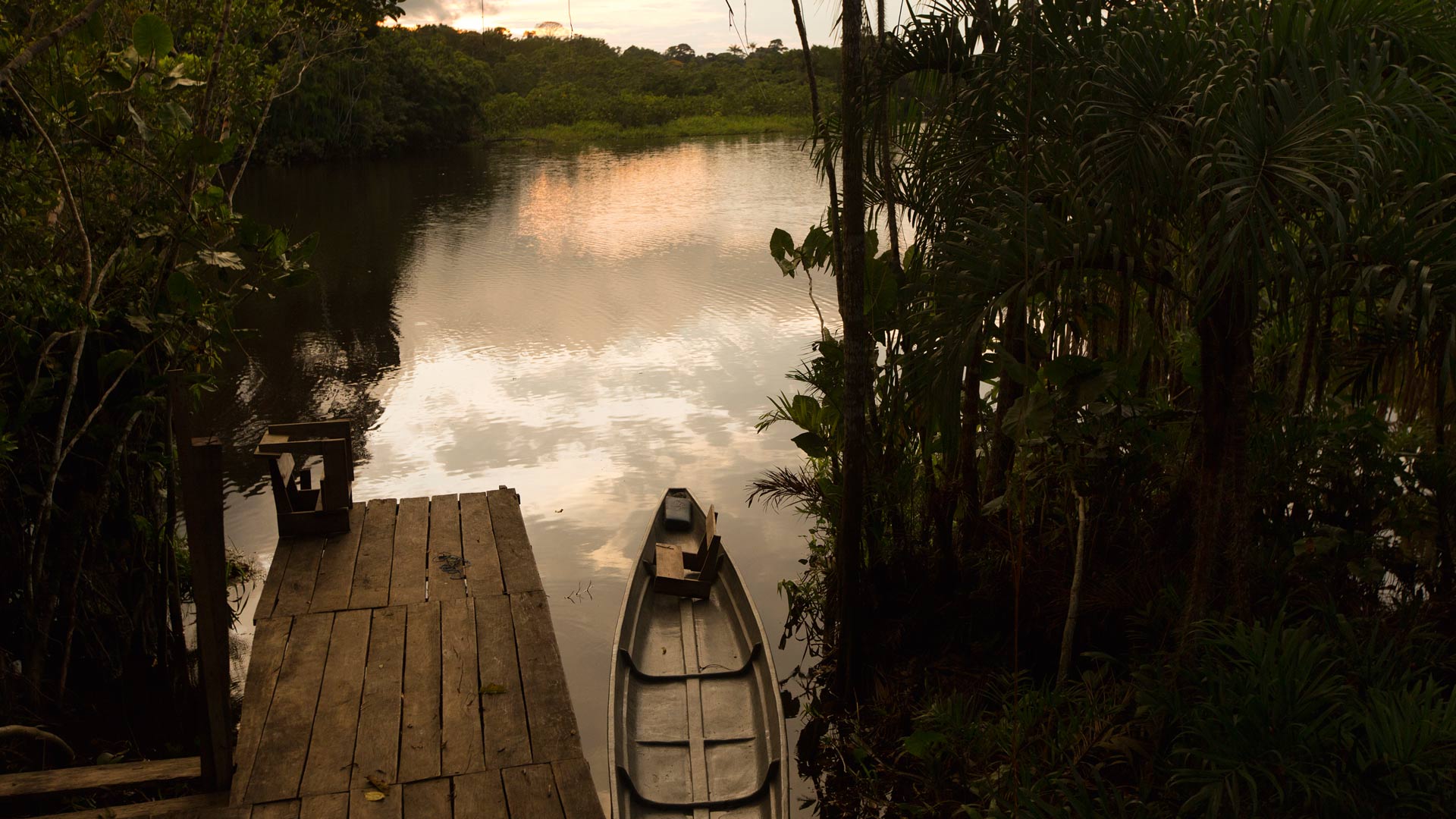 Rhythm of the night
A mind-boggling characteristic of the Amazon Basin is the fact that there is as much going on at night as in the day. As the sun sets, an entirely different set of creatures appears from out of the forest’s woodwork, laying the entire diurnal spectrum to rest. Yasuní is much more a ‘place that never sleeps’ than any U.S. or European megalopolis. Therefore, evening walks are a wonderful addition to your experience. And although you’d expect a continuous cacophony of sound, one feels the depth of the forest through a dynamic interplay of noise and silence; a branch may break nearby, a frog may make a croak, but all-night creatures know to keep quiet so as not to blow their cover and take advantage of the camouflage the night itself has bestowed upon them. Notorious are Yasuní bats (their diversity is unparalleled in the world); some eve pluck frogs from the mud; grab fish; eat birds, or suck on blood… Owls sneak up on mice. Fabulous katydids that look like dead leaves and walking sticks become active (their camouflage obviously made for daylight).