Humpback whales travel to Ecuador every year in the summer to enjoy our rich tropical waters. For two decades, growing tourism infrastructure has been created around the activity of setting out to sea in search of these wonderful creatures, but never before had we had the chance to truly understand their complexities and behavior. Join Cetácea Ecuador and their scientific whale-watching visits in Esmeraldas, a unique encounter with these fascinating mammals. 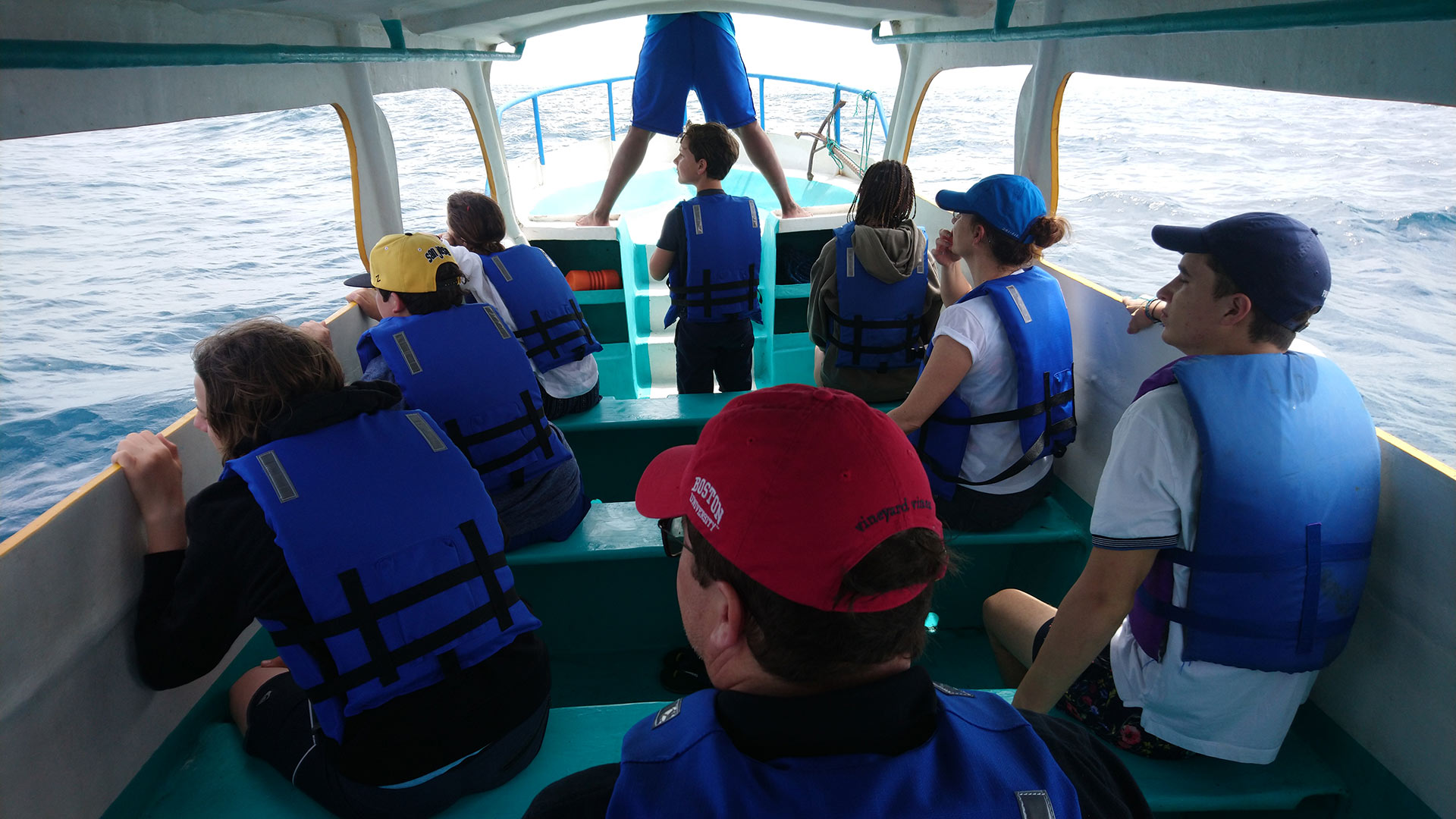 Between June and September, the Ecuadorian coast becomes the summer resort for thousands of Humpback whales that arrive from all around the South Pacific Ocean to escape the cold weather of their southern homes. Since the German biologist Judith Denkinger and her colleagues learned about their presence in our country, the tourism industry in the region was transformed.

Imagine a tourism product like this. The possibility of seeing whales—whales!—less than an hour from the beach.

Local fishermen did not take long to fit their boats for sea-excursions. The epitome of the experience is, of course, the moment when one of these mighty mammals emerges from the waves like a living mountain only meters from their small vessel. 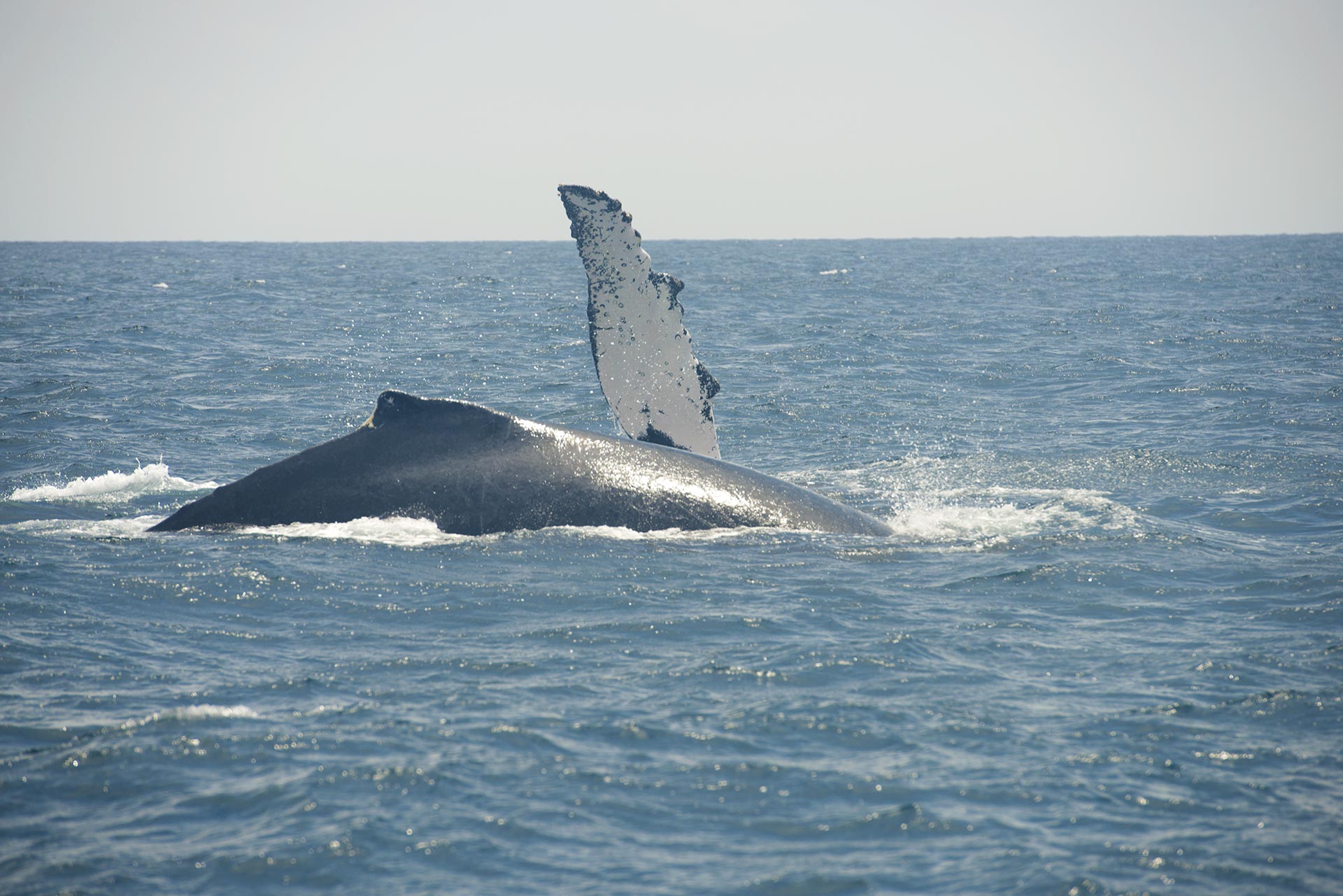 They are not here to just jump and have fun or escape the cold winter. Whales come here to fulfill a life cycle. Besides, every whale is doing its own thing and has its own reason for visiting our shores.

Some whales are seeking a partner. Some whales come to give birth. Some whales are in transit, moving further north or south. Throughout the northwestern region of South America (Colombia, Peru, and Ecuador), up to six thousand whales visit every year. The males engage in a competitive race (which includes bumping each other in the open ocean) to reach these waters to be able to court a female, which has already arrived weeks earlier and is awaiting viable suitors. She will choose one and soon return to her southern ‘feeding-grounds’, already pregnant. Their travels back to our coasts the following year will coincide with the end of gestation, and her calf will be born in these very waters.

All that is happening underwater and when you witness a breaching whale!

Songs of the Sea

Since their first discovery, scientists such as biologist Judith Denkinger, have monitored the behavior of Humpback whales in our waters. In the process, fascinating aspects have been uncovered. Perhaps the one that amazes us the most has to do with the Humpback’s songs.

Javier Oña, who has studied whales since 2012, asks me an enigmatic question: “How long does a rock song last?” “It depends on the song,” I say, “but radio stations like songs less than three minutes long.” He laughs and tells me, “Well, whale songs are seven minutes long on average!” “Ah, so they’re the Pink Floyd of the sea.”

The correlation with rock music is interesting because whale songs change every year. Sometimes they respect the overall formula, modify one or two phrases here or there. On other occasions, however, they decide to go with something different and change the song entirely! Of course, the comparison with rock is somewhat misleading, because while a rock song can last three minutes long (or seven minutes long), within that time, some sections repeat themselves. The songs that whales sing, on the other hand, occur in cycles of seven minutes. That is to say, you’d have to wait seven minutes before hearing the chorus again! 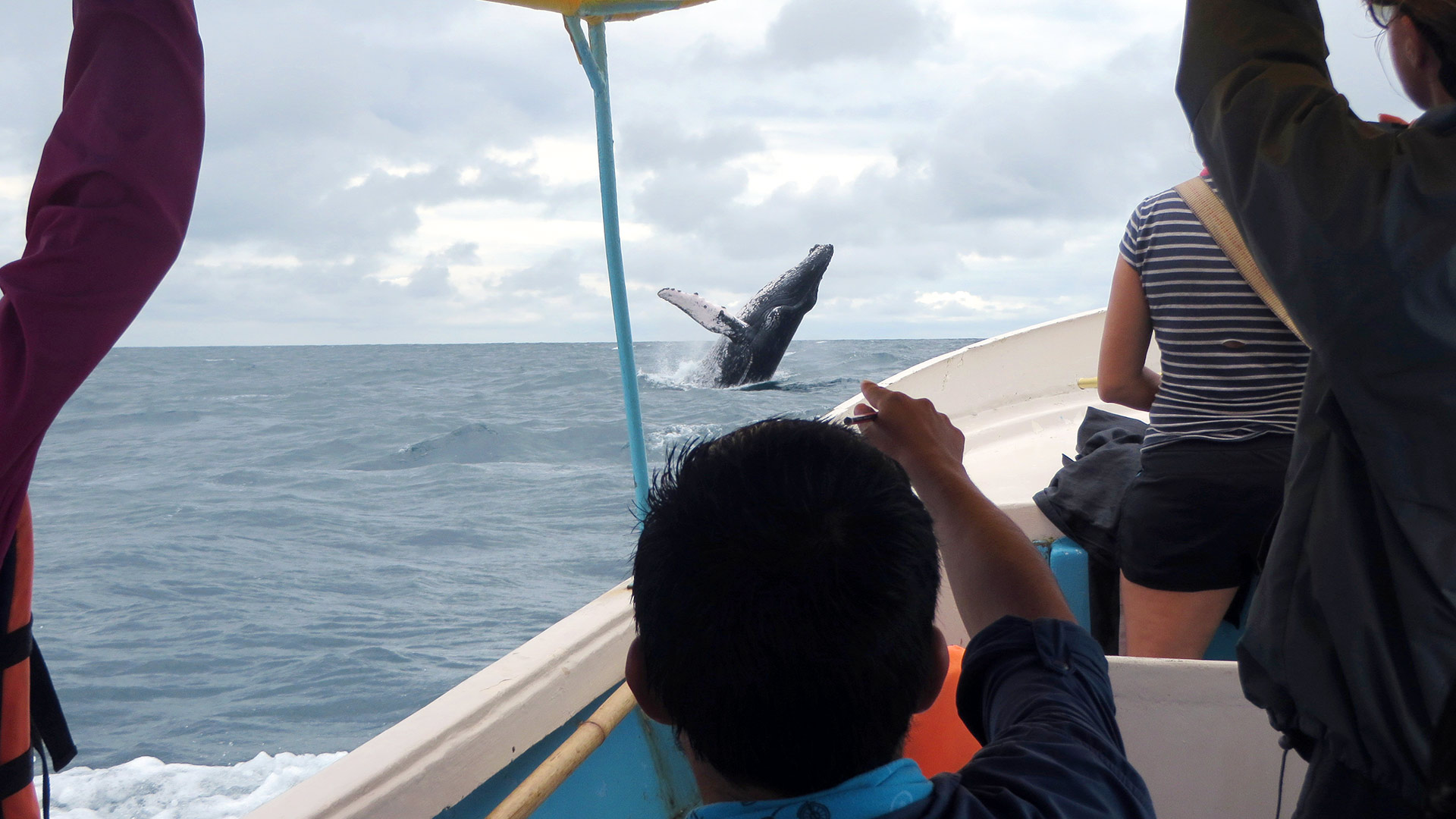 Together with New Zealand biologist Ellen Garland, who has been studying these vocalization processes in Australia for several years now, Javier and his team are currently creating a “song” bank of the whales present in Ecuador. Among other things, they listen and analyze each song to the tee. The research project is called “Cetácea Ecuador”, and it is no longer only a scientific project.

A year ago, Cetácea Ecuador began its own tourism operation. One can set out with one of the teams on their boats and witness their whale monitoring work. The main act is to see whales in their day-to-day routine as they breach from the water and swim about.

But also, you can listen to how they sing with a hydrophone. The team will also explain everything they know and are learning about these captivating sea mammals, including theories on “cultural appropriation” or “social vocalizations”.

The experience is unique and well worth it. This summer, if you wish to spend it on the beach or the coast, think of contacting Cetácea. There are departures every day for groups from El Acantilado in Esmeraldas; just book in advance! 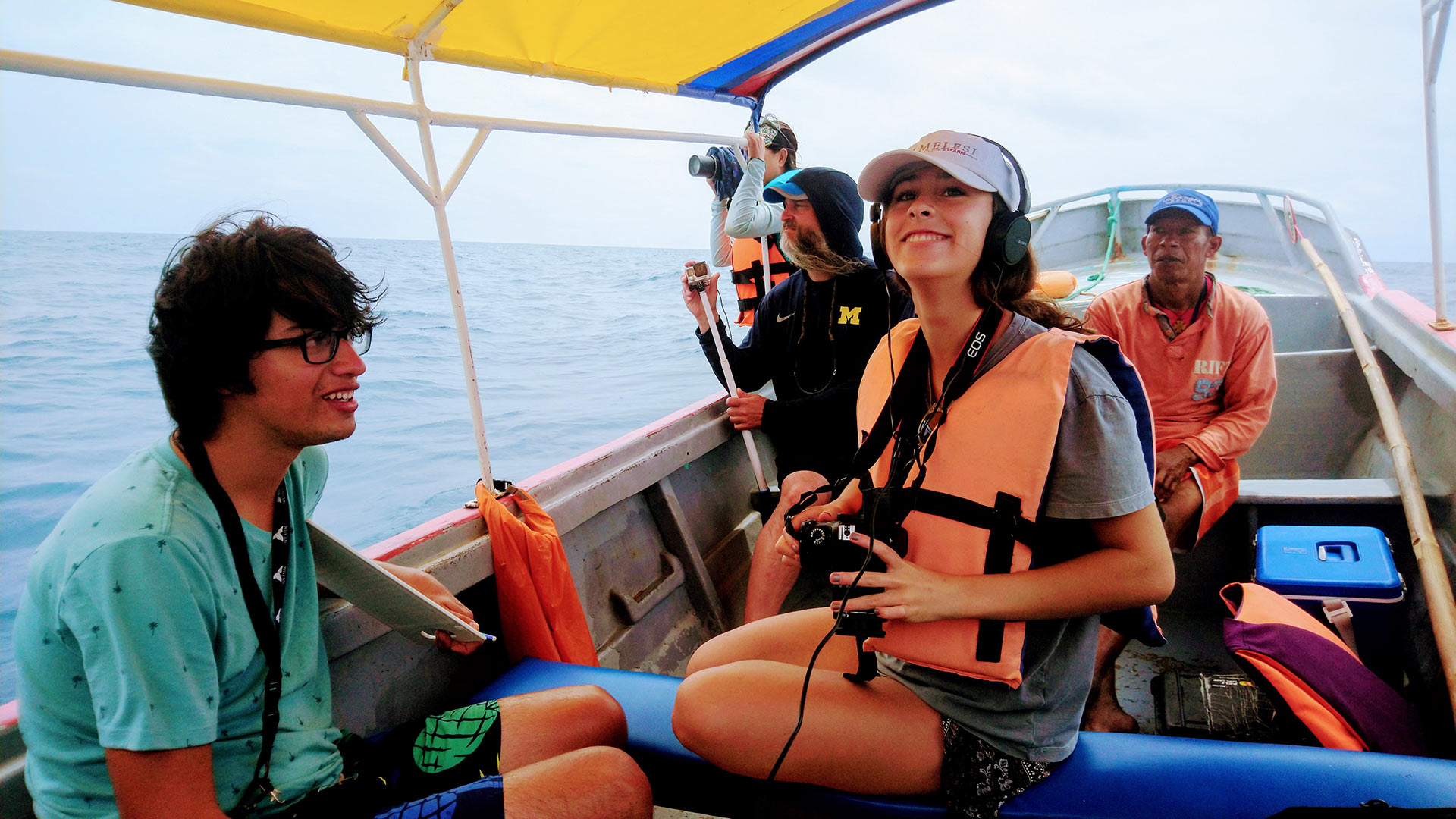 For more information and reservations