Ambato’s Festival of Flowers and Fruits

Excitement is guaranteed at Ambato’s Festival of Flowers and Fruits as each parading collective approaches. A band grooving to Funky Town in the classic traditional albazo style (surely a musical fusion never before attempted by any ensemble) is followed by the unforgettable appearance of Alice in Wonderland’s Cheshire cat dancing reggaetón, accompanied by two fuchsia and forest-green coot-like characters, a color combination that seems to be en vogue on everything from gigantic teddy bears to the attire of the Macarena dancers on the floats. Shouts of “Viva Ambato” (Long Live Ambato!) echo through the crowds every two minutes, while speakers belt out the event’s putative anthem, Celia Cruz’s La vida es una carnaval (Life’s a Carnival)… We join 300,000 people who every year come to party at the F.F.F. 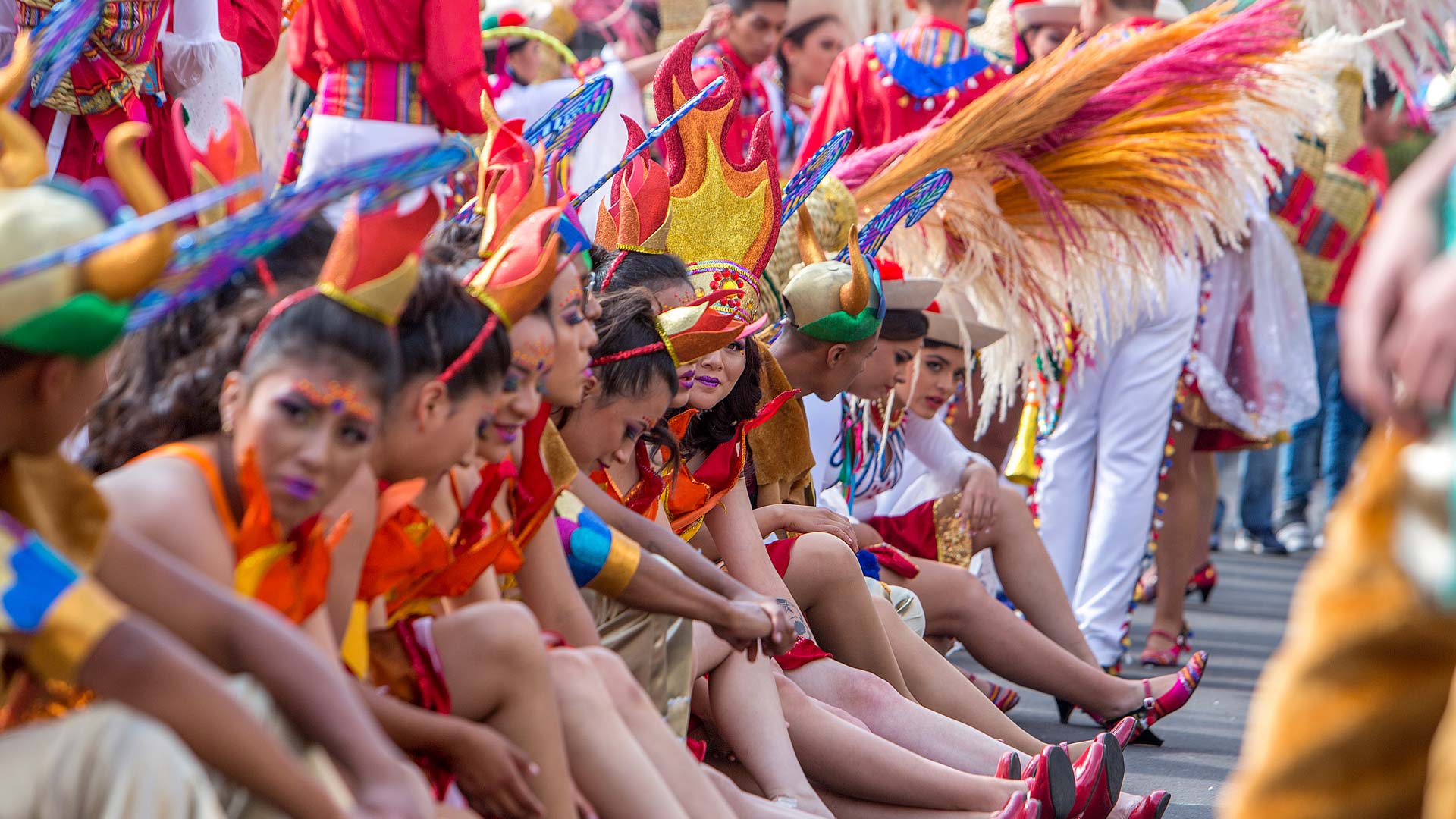 The Festival of Flowers and Fruits (Fiesta de las Flores y las Frutas) ranks among Ecuador’s largest traditional street celebrations, and its parade one of our modern history’s most seasoned. Strange as it may sound, the Festival is a rejoicing of institutional passion: each allegorical float represents a neighborhood school or assorted collectives and associations, most escorted by men in official uniforms, whose serious countenance contrasts with the noise and merriment that engulfs them.

Part of Ecuador’s “intangible cultural heritage” since 2009, the fiesta’s roots and true nature run far deeper than Carnival revelry. In fact, it doesn’t have much to do with Carnival at all; just the dates coincide.

In reality, the event is a tribute to the combative character of the Ambateños, who created it in the wake of the tragic earthquake that levelled their city. Only two years after the earthquake struck in 1949, the citizens of Ambato organized the very first FFF, together with a large agricultural and industrial fair created to boost the affected area’s economy. 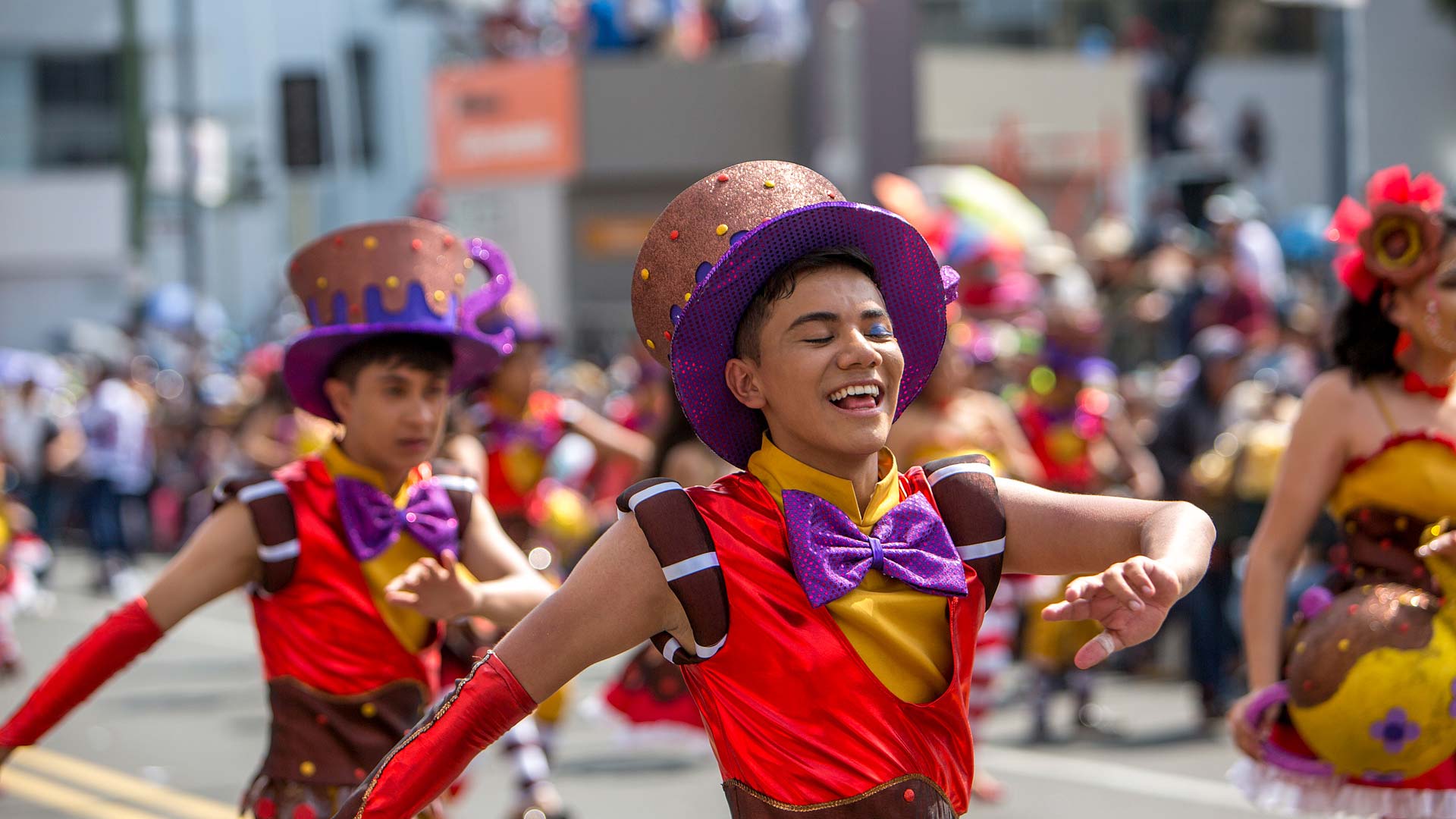 Its roots have only expanded over the ensuing decades. The time and dedication everyone here puts in to making the event bigger and better than the last is truly remarkable and admirable, and profound. It has grown from a time when the “guaytambito” (the fiesta’s mascot) would walk the streets selling tidbits to finance it, to its present status as a national treasure.

This year, the 67th edition, was a blockbuster of civic activities, prayers, parties, concerts with great guests and exhibitions (one displayed over 70,000 roses in the form of mermaids, bulls and Bengal tigers, no less!).