To tell the story of Casa Rosada , we must walk down the aisles of Manta’s history: go back a hundred years to times when, instead of avenues and piers, it was the sea that, rich with turquoise prose, gave life to the scintillating Pacific coast of Manabí.

These were golden times: Ecuadorian export products were the envy of the world, the fine things European bourgeois magnates boasted about: chocolate, balsa wood, the “tagua” nut (vegetable ivory), the higuerilla bean. No vehicles were parked outside Casa Rosada, only boats, tied to dock rings that today fashion the decor of one of Manta’s most exciting restaurants.

Casa Rosada dominates the view of the city’s main square Parque La Mujer, a few blocks from the Malecón, with its pastel pink, green, and white façade and wall to wall windows. “All its life, it’s been like this, this house… so characteristic,” explains Lucía Fernández, the residence’s owner, with reverie. It makes sense. She lived part of her childhood here.

At first glance, it may seem difficult to imagine Casa Rosada’s previous life. Its restoration has transformed it in astounding ways, giving it new life. But, for Lucia, the house does not only bring back memories; its a wonderful story in itself.

Two years after its construction in 1918, Casa Rosada became the first Municipality of Manta . Iron, cement and other materials imported from Germany raise its stoic foundations, a building that has remained intact and standing till today, despite the heat and mighty sea lapping incessantly against its walls for decades. 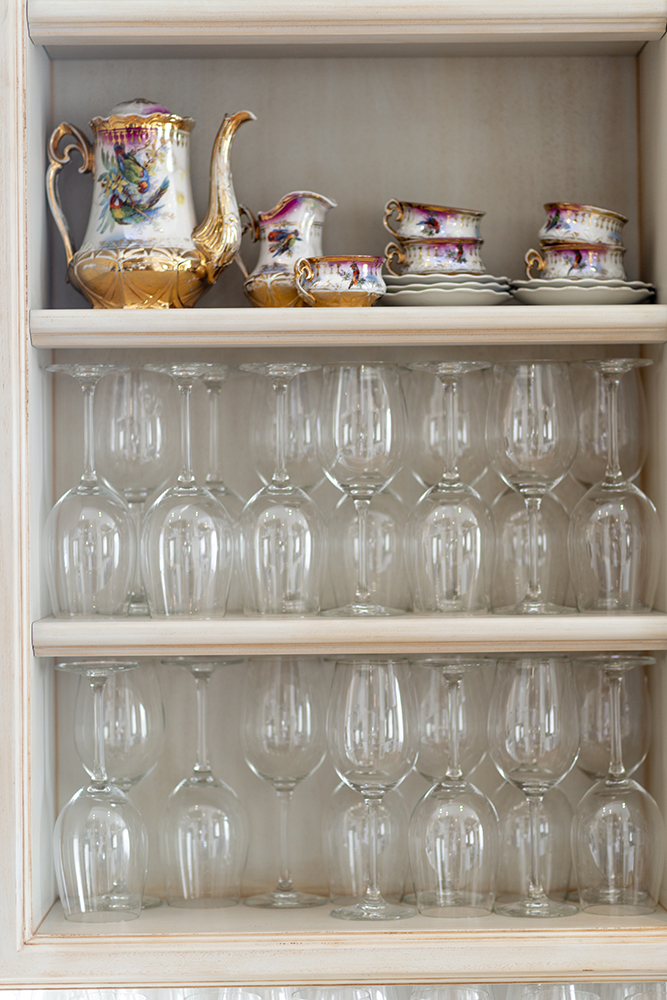 From its busy City Hall existence, it was then auctioned off to Adán Muentes, a local coffee and castor bean exporter. Finally, it passed on to Lucía. “I decided to purchase the property in order to preserve it. It’s my way of giving back to the city that has offered me so much”, she says warmly.

Since 2000, Casa Rosada has been declared a National Cultural Heritage site.

Many restaurants in one

Casa Rosada has positioned itself as one of Manta’s most modern restaurants, retaining its unique façade and style, but with remodeled interiors on each of its three floors, which, in turn, offers different ambiances to visitors.

On the ground floor we find La Toquilla, the traditional café —a true classic— where typical Manabí food is on display. Here, the contrast between a modern kitchen and the traditional wood stove of the authentic Manabí home, cooks up an array of plantain patties, corviches, bolones and tigrillos.

The marble tables feature French wrought iron bases, which also contrast both in form and origin, with toquilla straw lamps braided by Montecristi artisans; a wonderful set piece of Manta lore with a special section on the ceiling highlighting different woods with which the house was decorated, today preserved from the original structure.

Head on up to the first floor and revel at El Puerto , with its three private rooms and VIP restaurant services. Again, original furniture hides its age thanks to its new upholstery.

La Casona operates on the second floor —the main restaurant— where you can taste the cuisine that best represents Casa Rosada: homegrown, local yet fused with international gourmet savoir-faire, appointed to evoque early-XXth-century France. 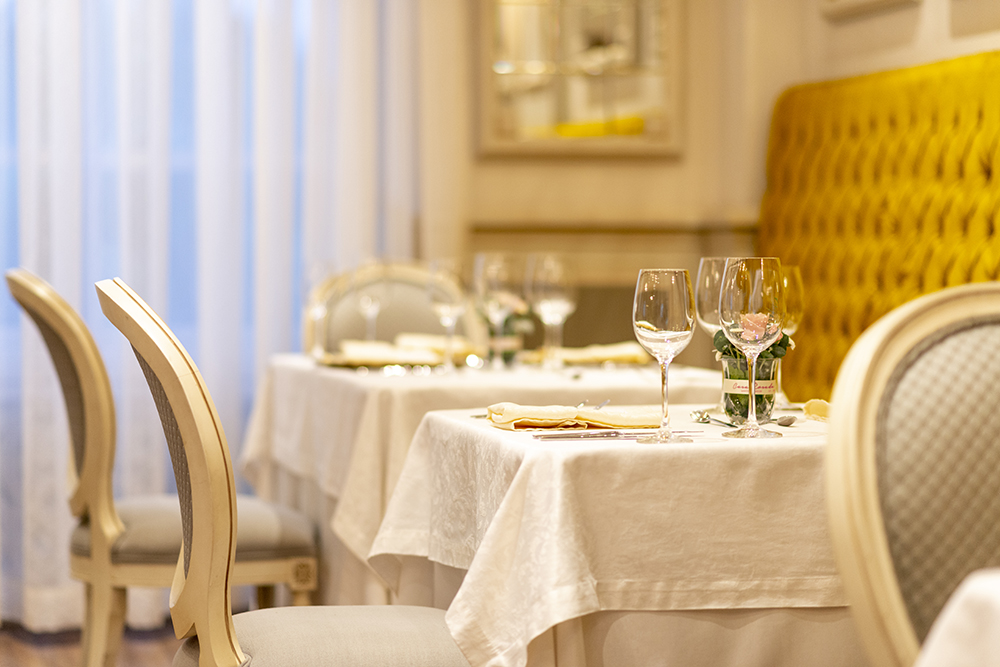 Finally, at the top of the house and with a privileged view of the bay, enjoy La Terraza. A avant-garde lounge-ba, home to the freshest dishes in the city, also offering concerts, tastings, and other events. The vertical gardens and remnants of original wood structures on the roof offer the a rustic touch. 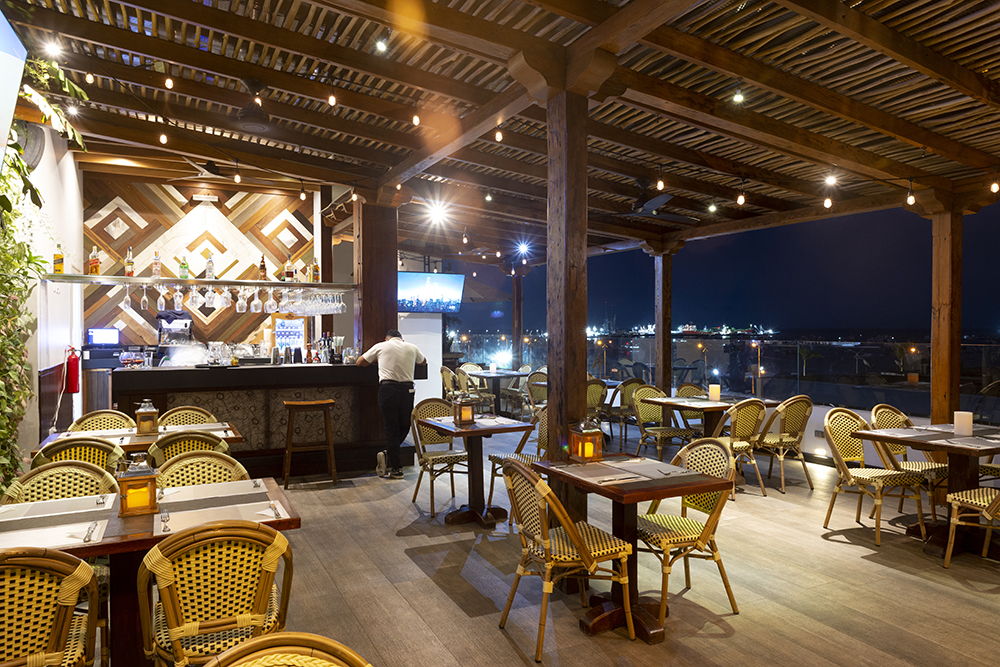 This is only the beginning. The restoration process has been intense. Century-old Casa Rosada encompasses, in its cultural and culinary essence, the nostalgic remembrance of what makes this port city special.

According to Lucía, it is the best time to bet on Manta, keeping the flame (and colors) of this wonderful traditional mansion lit, its rich history and delicious food on show.

Discovers this Manabí treasure, an eccentric “pink house” that offers so much and more than what its striking façade promises. 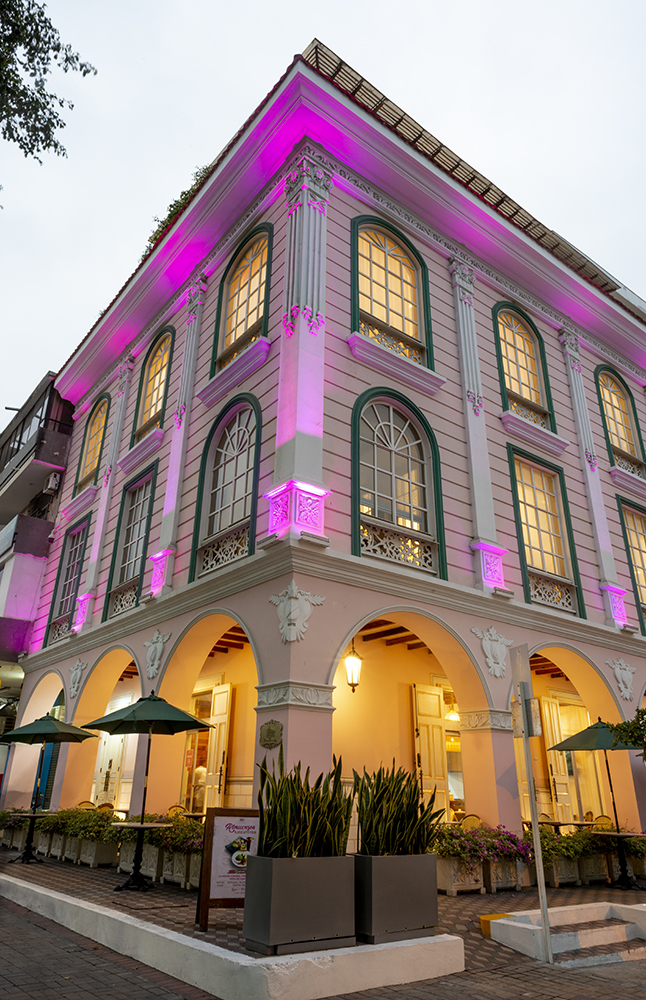