Upriver on the River Cayapas, from Borbón to San Miguel

“Because if not by these estuaries, you can’t go there. The entire coast, over fifty leagues of it, is closed off by a thick and spiny wall of foliage.” The true description of the province and land of Esmeraldas (Miguel Cabello Balboa, 1583)

Papa Roncón’s firm arms lie where they have most of his life: on a marimba. He stands, dressed in an abundance of colors, immortalized as a monument large enough to dignify his musical legacy. Taking your picture next to the figure, located at Borbón’s central square, is one of the main “things to do” in town.

And you can actually meet and talk to the living legend himself if you ask around for directions. From the pier, where fishermen stand about, we begin one of the country’s most fascinating community tourism routes, passing by communities settled along the peaceful Cayapas River.

We boarded a launch at 11:45 and, heading up the river through a stretch of profuse unexplored riverbanks of green, we arrive an hour-and-a-half later at at Punta Venado. A few wooden huts and an unfinished cement church occupy the silent terrain. No one, it seems, lives in the area. 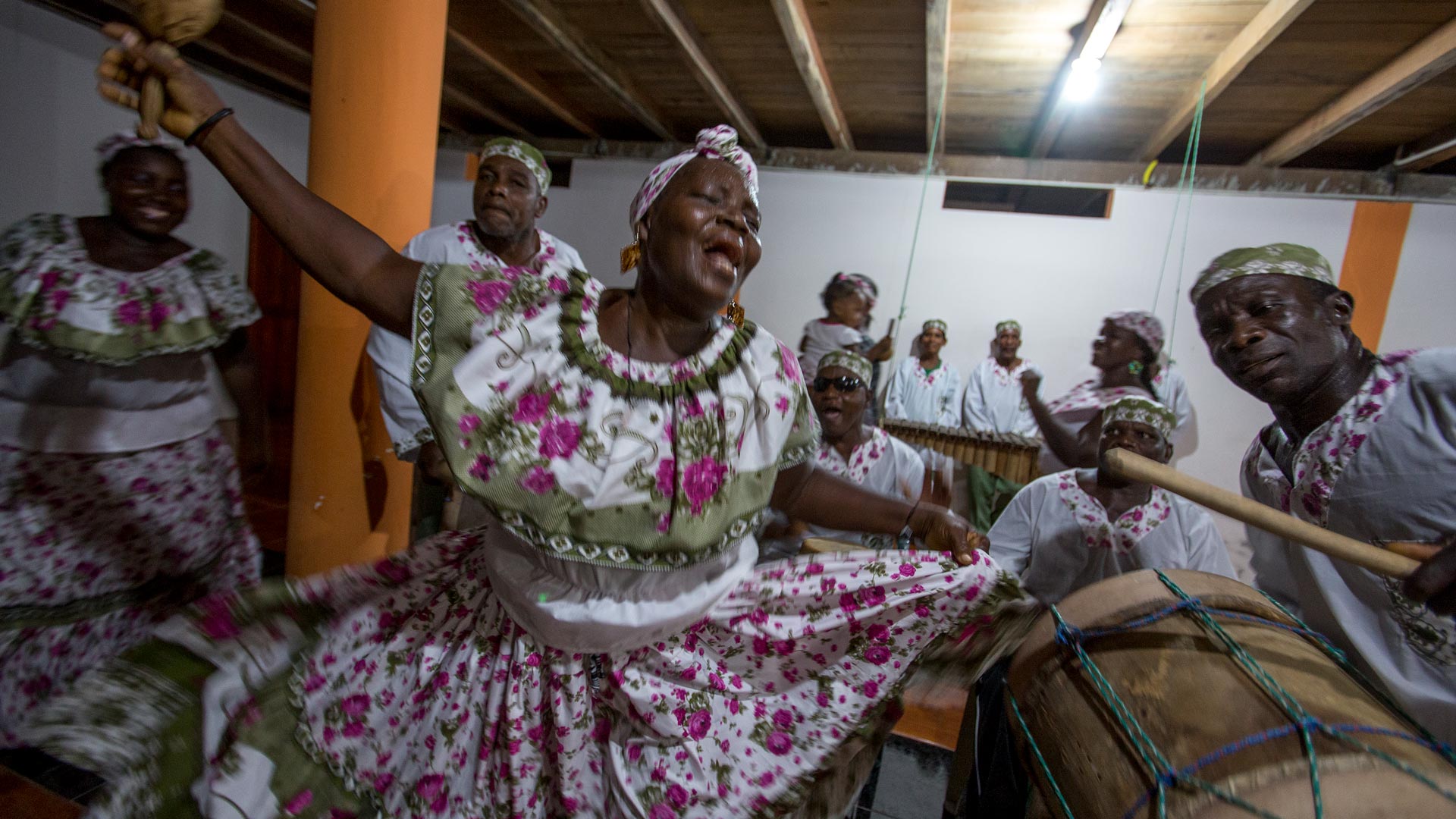 “Only the indigenous Chachi people come here to bury their deceased, celebrate Holy Week, officiate marriages or punish those who start relationships with someone from the nearby black communities,” explains Don Beto Oviedo, the guide who takes us there. The rivalry between these ethnicities is ancient and continues to this day, but – according to Beto – the divisions seem to be less strict nowadays.

And it would make sense, because in the end both share the same rivers where they fish, harvest and navigate.

Twenty minutes upriver on the Cayapas, in the distance, the children’s acrobatic dives announce the proximity of our next stop: Pichiyacu Grande, a community of Chachis, one of the indigenous “nationalities” found only in this northern part of the country. While the little ones play on the shore, their mothers wash tubs of clothing and watch them closely. From the soccer field, Lorena Pichota comes out running to meet us.

She is one of the 56 members of the Women’s Craft Association of Pichiyacu Grande Aamama Virginia. The words form the community’s craft brand, which creates bags, mats, baskets and fans (the catalogue has featured up to 200 different products) woven with the resistant fibers of the piquigua and rampira palms. Both species grow in the jungle surrounding the community.

There are many tiny hamlets strewn along the riverbanks. They appear on the maps with epic names like Aquí Me Quedo (I’m Staying Here), Canta Rana (The Frog Sings), or Negrita (Little Black Girl), that belie their modest sizes. Along the three principal rivers, the Onzole, the Cayapas and the Santiago, there are well over a dozen smaller rivers, populated by native indigenous tribes, such as the awá, along the Bogotá River; or, along the Cayapas, the Chachi community of Pichiyacu Grande and the Éperas of Santa Rosa, the only settlement of this ethnic group in Ecuador. Their language is unique and they teach it to their children at the community school. The women offer their own styles of local handicrafts and the view of their river is always an inspiring experience.

We said our good-byes to Lorena and her family and friends after learning a few words in Chapalá, the native language, and then stopped at Majua, forty-five minutes away. Before greeting Myriam Caicedo, we had already found an example of the uniquecanoerafarming technique.

Constructed with bamboo canes and old pieces of canoe, and raised to over a meter from the ground to avoid hens, feral animals or children wrecking the harvest, these canoeras(rectangular plots) function as a pharmacy and a vegetable and herb farm. “You have paicoto get rid of parasites. Basil for soups. Oregano for stomach aches, and chillangua for the encocaos,” Myriam explains. We memorize her cooking tips and swear to follow her medicinal recommendations.

Riverside communities in Esmeraldas make use of ancient agricultural techniques to survive within their environment, including canoeras, a “small farm with crops to cook and cure”, propped up on stilts near the house; canteros, spaces reserved to cultivate sugar cane; and colinos, cleared areas and used for three year periods, which then regenerate, offering families crops for daily sustenance, including green plantain, bananas, other fruits… even “caoutchouc” (rubber tree).

The afternoon wanes as we continue towards San Miguel, our final destination for the day. It is, as one of the local songs in the town’s honor hails, “un pueblo chiquito, pero bonito” (a small, but beautiful town)”. 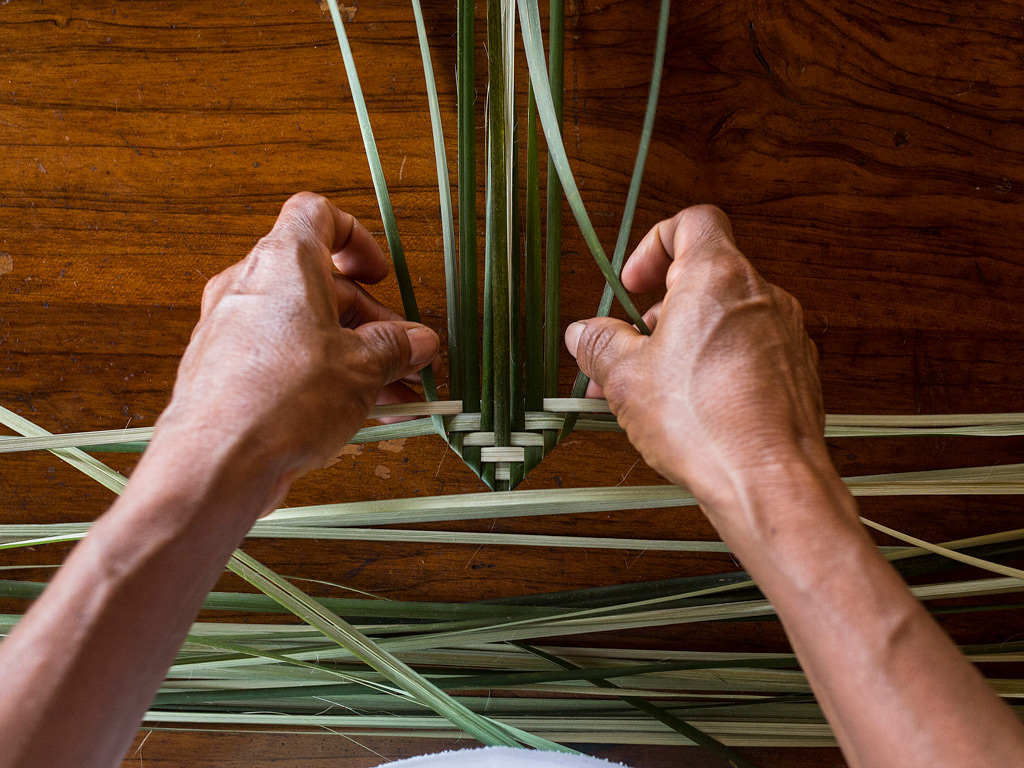 We walked through the nearby forests with Don Angel Nazareno, one of the oldest inhabitants in town; We collect fresh oritos (a species of mini-bananas) and tasted the milky sap of the dark sandetree as his wise words echoed in the forest: “We don’t sow just for us humans… We must sow for the animals as well”. San Miguel also boasts a community tourism center with clean and comfortable rooms and an inviting menu that includes the powerful guanta tapao and a fragrant cup of hot chocolate made with local, organic cocoa.

But if we were to pick San Miguel’s top breathtaking experience, it would have to be listening to the village’s marimba group live. The festive excitement of the men syncopating poly-rhythmic beats on their cununo drums is enveloping, as the women dance their flighty bambucos and adorable Luz America Nazareno fills the room with her hoarse, sweeping voice! We promise to return soon, to return to San Miguel, to be just a little happier than we were before. 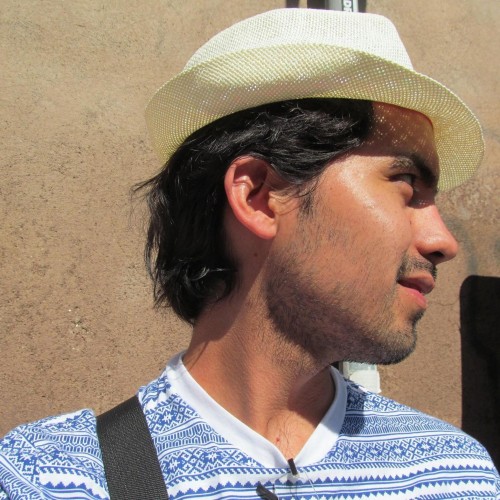