To be or not to be: the world’s last hidden people

As primitive as one might consider the Waorani, they stand amidst a fundamental, and deeply complex philosophical crux, the to-be-or-not-to-be of the human condition.

In 2015, Ecuador laid Dayuma Caento to rest. Famously remembered as the first Waorani to make contact with the Western world and leave the jungles of her ancestry behind, Dayuma was buried, upon her own request, next to Rachel Saint, the missionary that evangelized her back in the 1950s.

Dayuma deeply rejected the fragmented world from which she came, a world of incessant tribal fighting which, she says, was the reason she fled in the first place, upon her father’s assassination by a neighboring clan. She became a spokeswoman against the Waorani’s nomadic way of life, and urged her people to settle in communities and live in peace.

Today, most Waorani families have finally come around to establishing villages and embracing the modern world. They have, for better or for worse, begun to learn Spanish, dress, get jobs, walk on pavement, buy food… Jumping the fence into so-called civilization, what could seem an everyday affair to you or to me, is more like an epic act of teleportation through the centuries, from which the Waorani, upon arrival, are still dizzy. 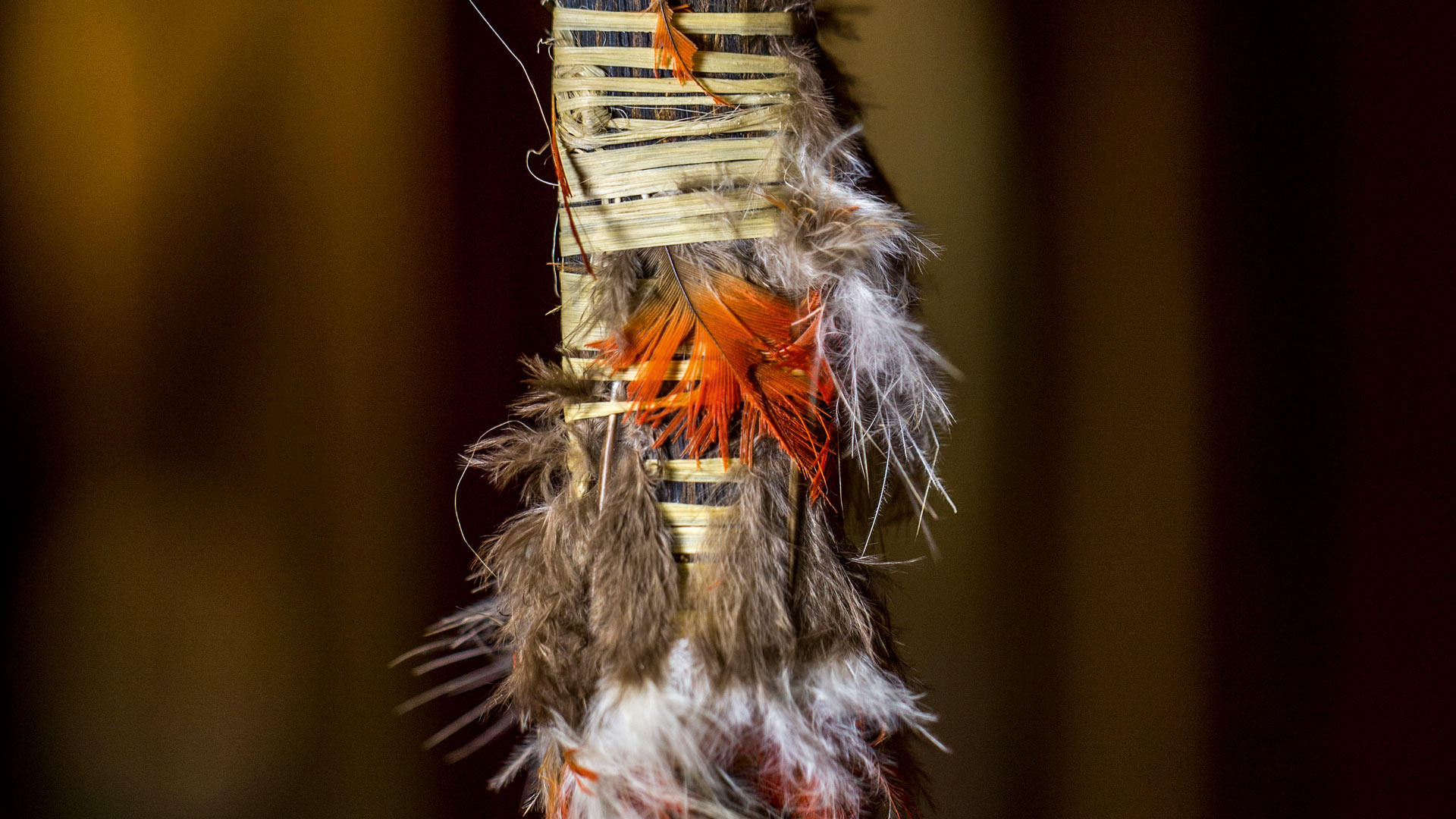 On the other hand, there are still groups that have stayed behind. As one of the last hunter-gatherer societies left in the world, these clans – the Taromenane and Taegueri – are arguably the most unique human presences in Ecuador. They are so special, they embrace what idealist hippies could only dream of, and live outside the civilized, globalized, modern world.

They hunt, they gather, they move around naked within the forest, they fit into this very forest like a necessary piece of the puzzle, with their blowguns and curare (venom extracted from plants), free of possessions, of the chains of a home, of careers, of inequality and other burdens of our increasingly constrained world.

All Waorani, both the Taromenane-Taegueri and those who live in hamlets along the Yasuní, have recently made that fundamental life decision, so elementary, and in such obvious terms: should I stay or should I go? To be or not…?

Protecting and securing the lives and needs of the non-contacted Taromenane and Taegueri is to protect one of the most curious and unique aspects of Ecuador’s cultural heritage. Few corners of the world – one can count them with their fingers – boast societies like this.