The show must go on

The stalls are deserted, hardly a soul to be seen. The lights are on… but they don’t shine on any particular actors. Shadow pervades the theater. We’re in working mode. Members of the cast come in and out; some run across the stage, others rest to one side, some stand on a metal frame worthy of installation art, located smack-in-the-middle of the platform.

From the upholstered seats, Chía, artistic director of the Teatro Sucre, asks the actors to repeat the scene. She addresses one in particular: “Give it diaphragm,” she shouts. Some talk and laugh until it’s their turn. Others respect their marks in silence. Chía’s voice seems hasty. Her eyes are firm eyes. She’s here to “polish” details… And you’d expect nothing less. We are within days of the inaugural performance of one of the West End’s seminal hits: now it is Ecuador’s Teatro Sucre’s turn to shine its light on Les Misérables, and everything has to be perfect.

“Yesterday we ended at 4 am,” says Chía. On stage, the metal structure has been replaced by three rows of chairs where the actors sit. The musical director conducts his orchestra below the stage, willing the singers to propel their voices past the violinists’ swinging bows. They stand up, their voices filling the theater.

“We started selecting the creative team for this national production back in February of 2015,” she explains. All performers, except two, are Ecuadorian. Chía says that obtaining the rights to put on the musical was a stroke of luck. When Cameron Mackintosh, its producer, visited Quito, he came by the theatre, fell in love with it and, before you could say award-winning-Tony-performance, had given the theatre the rights to put it on. 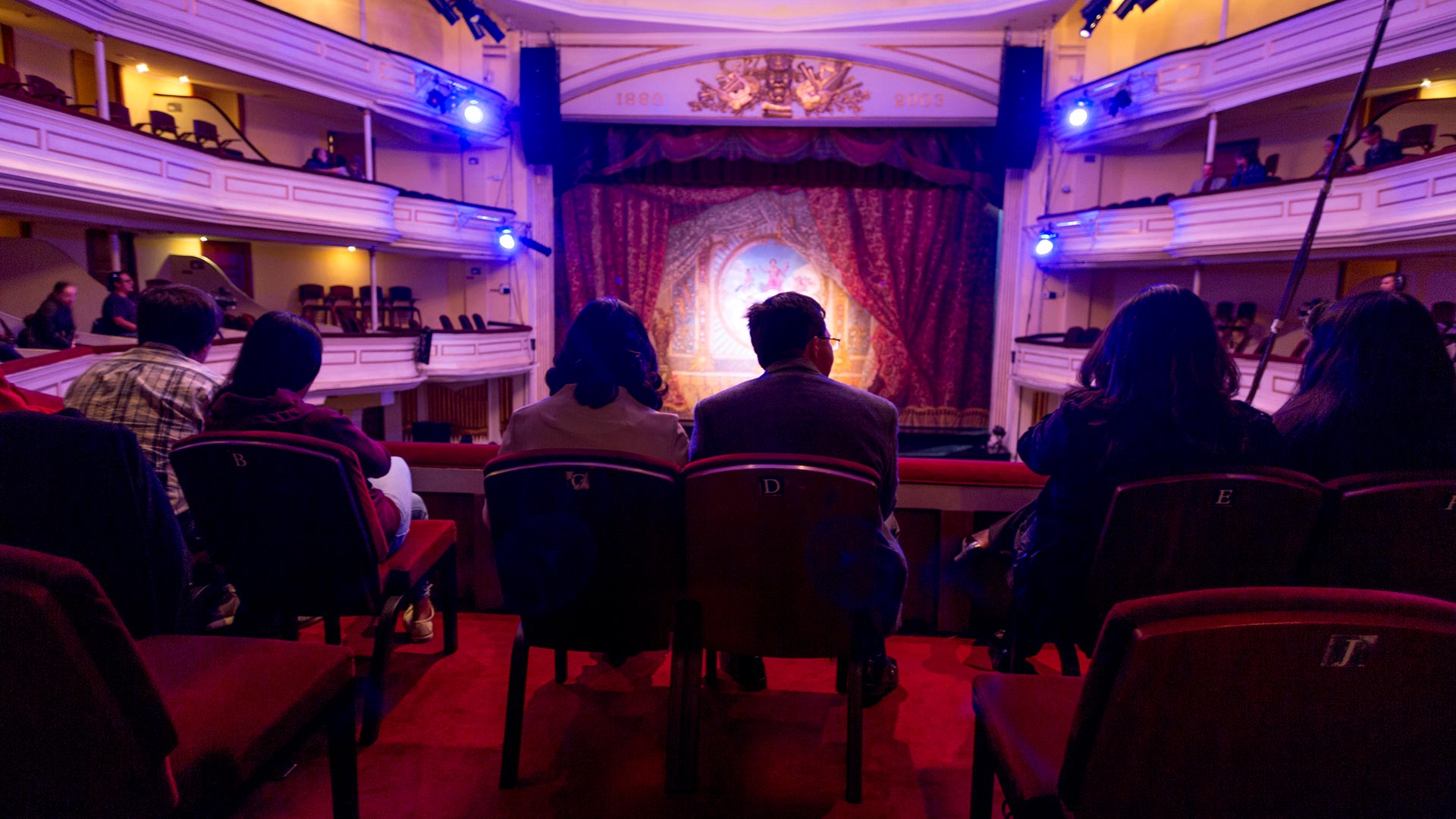 Mackintosh was right; the Sucre deserves the beautiful costumes, the great songs, the dazzling dramatic effects. The theatre filled to capacity… When the lights dimmed and silence reigned, a glimmering curtain opened to the first scene of Les Misérables. It is hard to imagine that only a handful of decades ago, the theater that today is a symbol of culture in the country, was a rotting soul following decades of failed restorations and insufficient maintenance. The raised stage floor, the chapped walls and tarnished curtain, where musicians of the caliber of Joss Stone and Morrissey have since entertained Quito, were rented for everything from school presentations to two-bit magicians.

About fifteen years ago, this national landmark was saved from ignominy. It was restored and given a new lease of life, worthy of those who made the Sucre great even during its most troubled times (including classical guitarist Andres Segovia and violinist Yascha Heifetz…) The new era brought cultural events of international caliber, celebrated artists and now, Victor Hugo’s timeless oeuvre. The rehearsals we witnessed a week before had finished. The actors were unrecognizable in their makeup, full of prowess and poise. Their talent resonated throughout the theater, coupled with the work’s stunning lighting, the stage washed in lilac, red, green and blue. Valjean walked as noble as ever, Cosette was sweet and charming, and the Thenardiers cunning and mischievous, making the audience laugh. “Culture is what makes us human. Ants do, work, eat, sleep, reproduce. Human beings create…,” says Chía. And our theater is, certainly, a creative hub to be cherished and celebrated.