It is only by wandering along this great maze of ruins, through meadows crossed by a web of stone walls, created and held together by what seems like little more than the force of gravity, that one can begin to feel the spirit of this place. Too many people spend too little time here, amid the rolling hills and famously-changeable weather which seems never to sit still for a minute. The ruins and their location have a mystique lost on the hurried visitor.

Even though stones have been pillaged for neighboring constructions over the past centuries, there’s still a lot to discover under the shadow of the mighty Sun Temple, the complex’s ceremonial center. Yet, despite the trials and tribulations it’s suffered, Ingapirca still evokes the greatness of the one of the world’s greatest empires.

The site is divided into different sectors (Pilaloma, the Great Cancha, the Palaces, the Sun Temple, and so on). Its didactic museum seeks to illustrate its former function and original appearance. It’s worth visiting in order to imagine more clearly the homes, lives and customs of the pre-Columbian society which roamed over this hillside, as well as a number of archaeological remains found in the area.

Once you begin exploring, there are countless points of interest: the sunken circles (called collcas) on the south side served as huge basins to store crops; the Incan baths, the Inga-chungana —channels thought to have been used to bleed sacrificial animals– or the ‘face of the Inca’, a curious natural formation that evokes the profile of a human face. 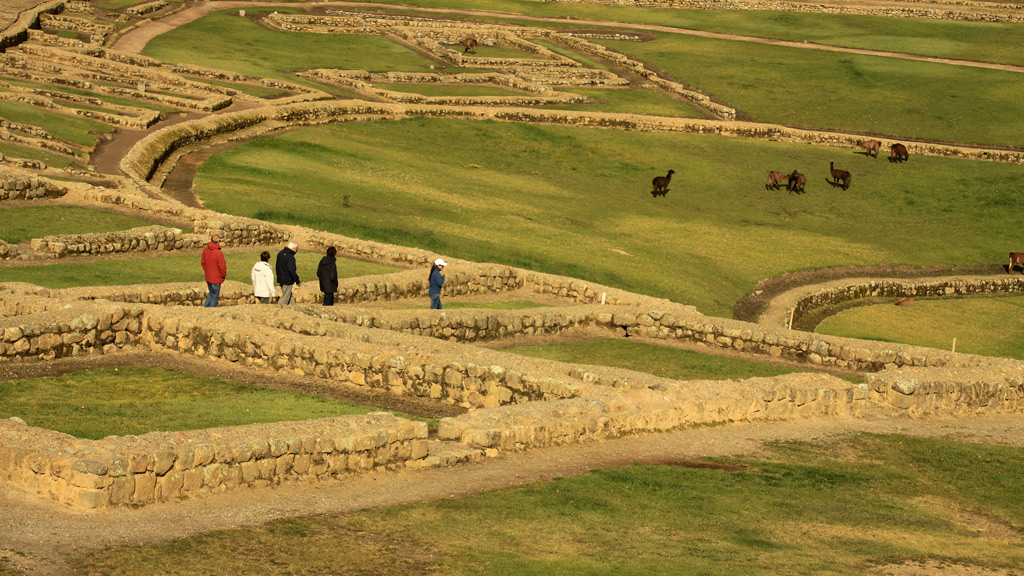 The complex’s many walls create all sorts of polygons, semicircles and obloids of different sizes, which once formed houses, ceremonial sites or the Akllahuasi, the House of Virgins, where young women were isolated from the outside world.

A series of corridors beckons, characterized by trapezoidal entrances linking different areas, thought to have an astrological significance as they relate to the summer solstice. The highlight is undoubtedly the main temple, a unique elliptical structure found nowhere else in the Andes, built on a natural cliff whose irregularity determined the construction.

Ingapirca is the most significant of Ecuador’s archaeological sites, built by the Cañari as their northern capital and then expanded in the 15th century by the Incas. Thought to have served as both a military and a religious center, the site’s grandeur points at its clear strategic importance.

In fact, in order to build the retaining walls, clay mortar (unlike many Incan structures of this stature) was required. The chiseling and fashioning technique is so perfect that, from the outside, the construction appears to be seamless. 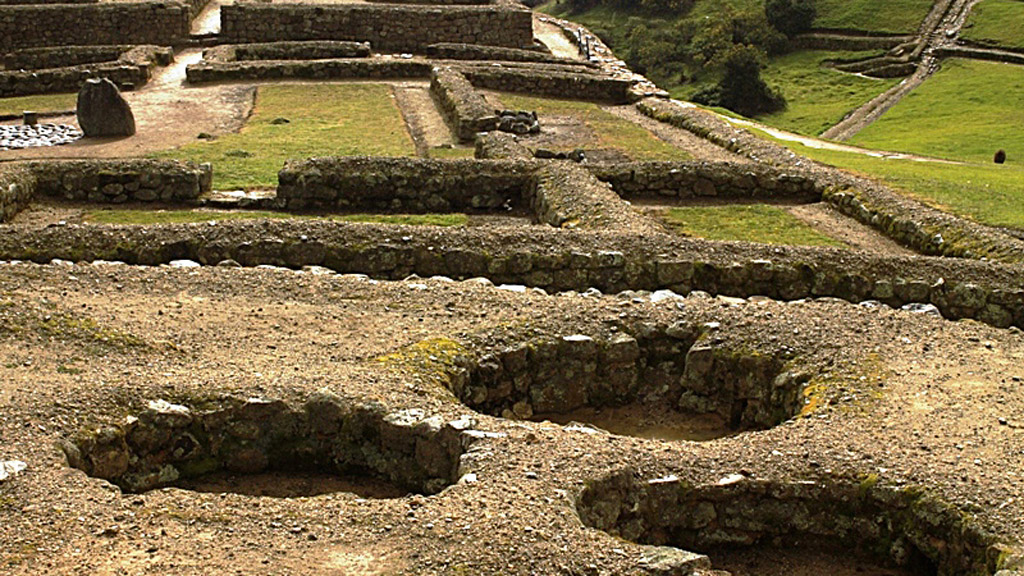 Ingapirca inspires. It is a place that invites us to further explore and appreciate the grandeur of Andean culture, a place that allows us to reach into the past, to touch a transcendental worldview, which we can only begin to fathom. If you take your time, you may even feel the importance of the place, astride one of its hills, sitting at the edge of one of the complex’s Inca niches, or standing at the temple’s platform from which you can witness the view of the complex and endless hills.