Click here and contact us directly to get the printed Ñan magazine n°19 issue (In the footsteps of the Geodesic Mission) and all of our iconic issues delivered to your house! 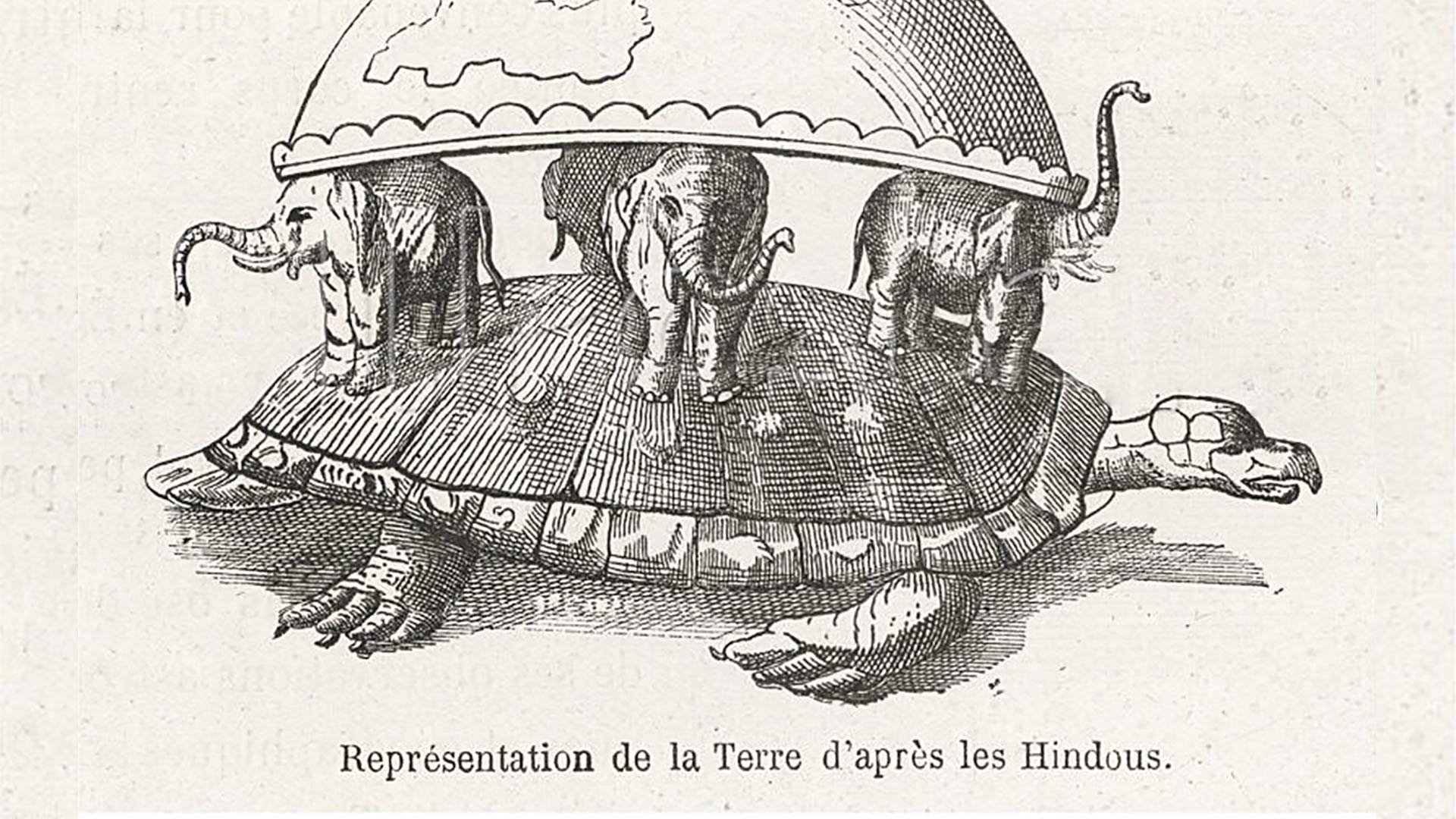 In 1671, a young astronomer named Jean Richer was sent on a mission by the French Academy of Sciences to Cayenne, French Guyana, in South America, with orders to map the southern sky. Navigation then relied heavily on the stars, essential for commerce and empire building, making it crucial to obtain the most accurate measurements possible. Richer arrived in Cayenne with two top-of-the-line pendulum clocks, recent inventions of Dutch astronomer Christiaan Huygens. These clocks – with their precisely fabricated pendulum arms that swung exactly one beat per second – had been carefully calibrated in Paris and then immediately set up upon Richer’s arrival in Cayenne to begin his observations. Richer soon realized, however, he was losing two minutes and twenty-eight seconds each day in comparison to a locally made clock. To fix this puzzling issue, he had to resort to shortening the three-foot long pendulum by a twelfth of an inch to speed up the clock’s beat.

Needless to say, this bizarre finding baffled everyone at the Academy in France. Nobody, except for one man across the English Channel, could explain the discrepancy between the pendulum’s swing in Paris versus its swing in Cayenne. This man was none other than Isaac Newton. Newton believed the pendulum’s slower oscillation at Cayenne was caused by lower gravity at the equator, which he claimed was a result of the Earth’s “centrifugal force of rotation” that causes it to bulge around its center. In other words, according to Newton, the Earth resembled a pomegranate.

While the Geodesic Mission’s most direct cause may have been Richer’s pendulum dilemma, it truly came about as the culmination of a millennia of ideas. A touchstone to navigation and mapping, knowledge of geography was crucial to any empire. Nations began to compete for foreign territories. Governments realized the power of geography. The savants of the day got involved. In particular, a powerful French politician named Jean-Baptiste Colbert. As Louis XIV’s Minister of Finance, Colbert realized that scientific knowledge could give his nation the edge over la perfide Albion across the Channel. The significant developments in the natural sciences spurred by England’s Royal Society were an affront to his pride. He therefore spared no expense when it came to the Academy he created in its image, the Académie des Sciences in Paris.

The first atlas of the world created for Alexander the Great, for example, resulted in Eratosthenes’ rough yet surprisingly-accurate estimate of our planet’s circumference. Then, Roman cartographer Claudius Ptolemy incorporated lines of latitude and longitude in his atlas, titled Geography. After an unfortunate hiatus (the Dark Ages) when advances in navigation came to a screeching halt, the Age of Exploration brought geography back front and center. The world was expanding. Reports of new lands continuously rolled in. Mapmakers updated their navigation charts with fresh reports of distant coastlines, using Ptolemy’s Geography as a cornerstone. Then came the breakthrough “killer app” of the day: the marine quadrant. This instrument allowed navigators to establish their latitude while at sea by measuring the angle between the star Polaris and the horizon. 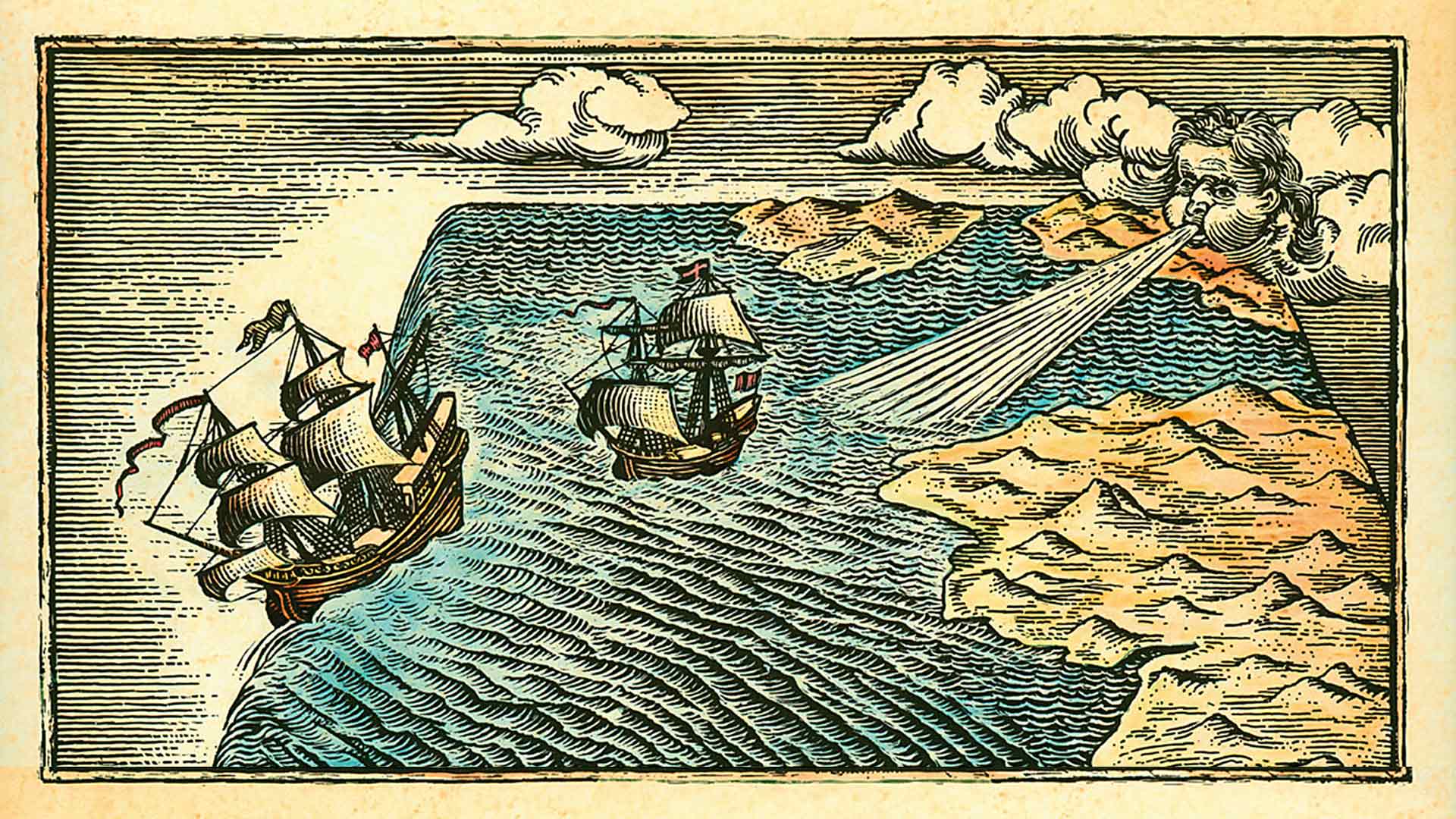 It took a great leap of faith to accept Newton’s Theory of Gravitation as fact. The prevailing notion was that all motion came from contact between objects. So to imply that movement was a result of an unknown force that not even Newton himself could explain verged on the preposterous. France led the hostilities, given the disparity between the claims made in his publications and the theories of the deceased René Descartes. Descartes had come up with his own “theory of everything”, explaining the movement of planets in their orbits as a result of an invisible “fluid”, or ether, that God set into motion at Creation. The movement of this fluid was described as similar to whirlpools seen in water eddies. French scientists used the principle to support the idea of an egg-shaped Earth, in contrast to Newton´s pomegranate.

In 1687, France began an extensive geodesic survey of its country, under the direction of famed astronomer Giovanni Cassini. The survey’s results seemed to prove the Cartesian theory of vortices, since the degrees of latitude measured towards the south of France seemed noticeably longer than those measured in the north, which if true, would mean that Descartes’ egg shaped Earth theory was correct. But these results were swiftly put into doubt by the Royal Society, which argued that the accuracy of the instruments used for the survey couldn’t possibly account for the huge difference Cassini found over such a short distance on Earth (from the north to the south of France). Measured in the quadrant, the difference in angles between two points 800 miles apart is equivalent to the width of a human hair! An impossible measurement, cried the British skeptics.

In 1715, riled by his constant criticisms, the French monarchy exiled the great philosopher Voltaire, who chose to spend his sojourn in England. Upon his return, he took it upon himself to instil the ideas and theories he had acquired in England among his countrymen. Through his friends in the Academy, including mathematician and musician Pierre-Louis Moreau de Maupertius, who strongly supported Newtonian ideas, he was able to further the debate over the shape of the Earth both within and without of the Académie. Establishing its shape would, they believed, prove Newton’s theories once and for all.

The answer to the debate might well have taken many more decades to settle were it not for the intervention of Jean-Frédéric Philippe Phelypeaux, Count of Maurepas, and his practical interest in the matter. As Minister of the Navy and Colonies, he felt the issue was crucial to strengthening France’s hand in any future conflict with its neighbor. So when the proposal to settle the matter landed on his desk, he was happy to approve (with King Louis XV´s money). And that, friends, is how the French Geodesic Mission to measure a degree of the meridian arc along the equator was born.