Taking a stroll in Cuenca

Here at Ñan, we love Cuenca. Pure and simple. Our issues #4 and #7 focused on this Andean city’s people, attractions, artists, museums, quirks and crafts (as well as great routes north and south), and we’ve been itching to go back since!

Here we share one of our favorite walks in the city’s historic center, beginning at the Parque Calderón. 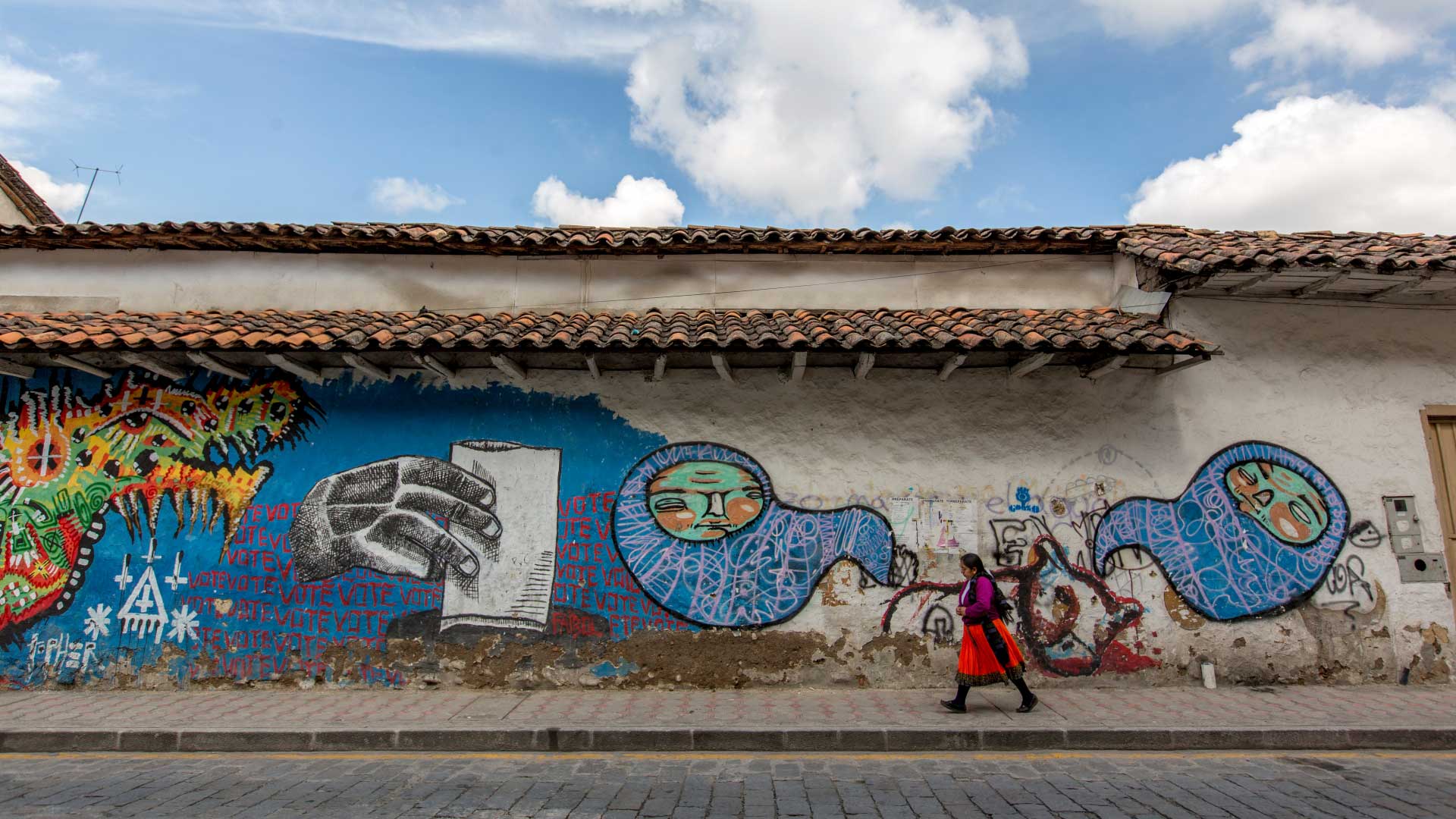 Parque Calderon, Cuenca’s centerpiece, is a very large square with very large trees —including the eight Chilean Araucarias that cup the central statue honoring Abdón Calderón, a 16 year-old independence war hero from Cuenca whose final heroic feat was allegedly hoisting the victorious flag of independence from Spain… with his teeth!

The square extends breezily before the sensational Catedral Nueva (officially named Catedral de la Immaculada Concepción), Cuenca’s undisputable point of reference, with its shining azure domes dominating all other buildings within the historic center, and an imposing brick-laid (and marble- arched) Romanesque façade, a monument that would lead Pope John Paul II to wonder if he had been transported back to Rome upon walking inside. Of course, many a Cuencano nostalgically claims recollection of his Sanctity’s comment, as well as the general hysteria that ensued.

Construction began in the 1880s. “Build me a church as large as my faith”, were Bishop Miguel León’s purported orders to German architect Brother Johannes Stiehle.

It was intended to become the largest church in South America, a superb neo-Gothic structure whose completion was thwarted by miscalculation.

Had it been completed as planned, it would have toppled over or cracked in two. The cathedral does, however, hold 10,000 people, an impressive spectacle during Palm Sunday, for example. Notice the deep-colored stained-glass windows, the white Carrara marble floors and the main altar, made almost on purpose so as not to fit in, in blinding neo-Baroque style (it was actually carved in part by Fabián Vinueza, a relative of Ñan’s photography director!). You can visit the Catacombs on November 2, for the celebrations of All Souls’.

Next to the Church, Raymipamba is a decent joint to grab a bite when all else fails and just next door there’s an ice-cream parlor (Tutto Freddo) with an amazing sample of flavors.

Cuenca has a lot of fine finds, and if you stick with us, we’ll tell you where, how and why!

Behind the New Cathedral, to the west, lies the ever-busy Parque de las Flores (Flower Plaza), a petite square that seems organically borne from the Carmen de la Asunción cloisters. Its pretty church is often closed, but the miraculous Señor de la Justicia usually services the faithful as, day in and day out, people flock from every corner of the city to visit the rock upon which Jesus’s image was painted. The square is a sublimely picturesque flower market, where cholas cuencanas, the city’s domineering protagonists, sell not only roses, but a series of brightly colored bromeliads, birds- of-paradise, and other tropical and summer flowers and plants. 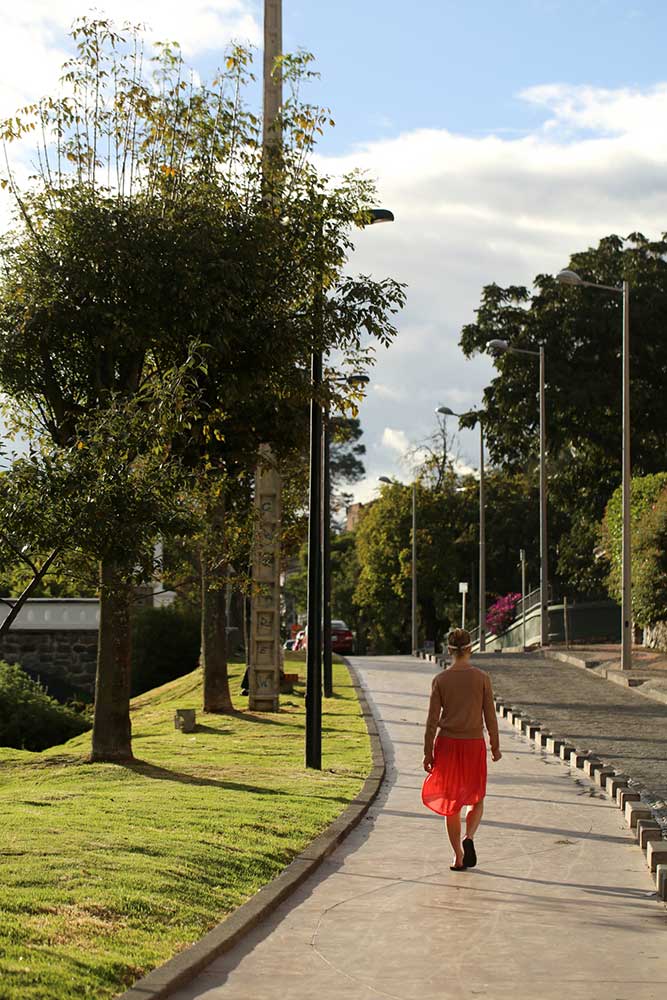 Don’t forget to try the “pítimas” water from the cloister’s side store, a soothing drink concocted by the Carmelite nuns conceived to cure depression and bring peace to your morning hurries (you can also buy cos- tumes for miniature holy figures that usually represent great dress-up fun for your kids and their dolls).

Continuing south towards the dapper orange-lined white-washed San Francisco Church, we find a string of corner stores that sell a-million-and-one plastic knickknacks and the outdoor market of San Francisco, where handcrafted items from the northern Andes blend noisily with synthetic clothes, including local football jerseys, kitchenware and shoes. To the west of the busy square, you can visit the more specialized Centro Municipal Artesanal handicraft market for examples of paja toquilla (straw) hats and bags, silver filigree or the vivid colors that characterize the cholas’ dress code, including the polleras and embroidered lliglias.

More stores abound along Calle General Torres, specia-lizing in all kinds of things, including imported goods, bread, nutrition, as well as the unusual concentration of farm product retail stores with their own personal vets dressed in white coats, a commercial frenzy that reaches its climax at the Mercado 10 de Agosto, the 15 market that just about “sells it all” in Cuenca.