Forbidden for its religiosity, criticized for not being religious enough, the procession of Good Friday has its very own history of irreverence… 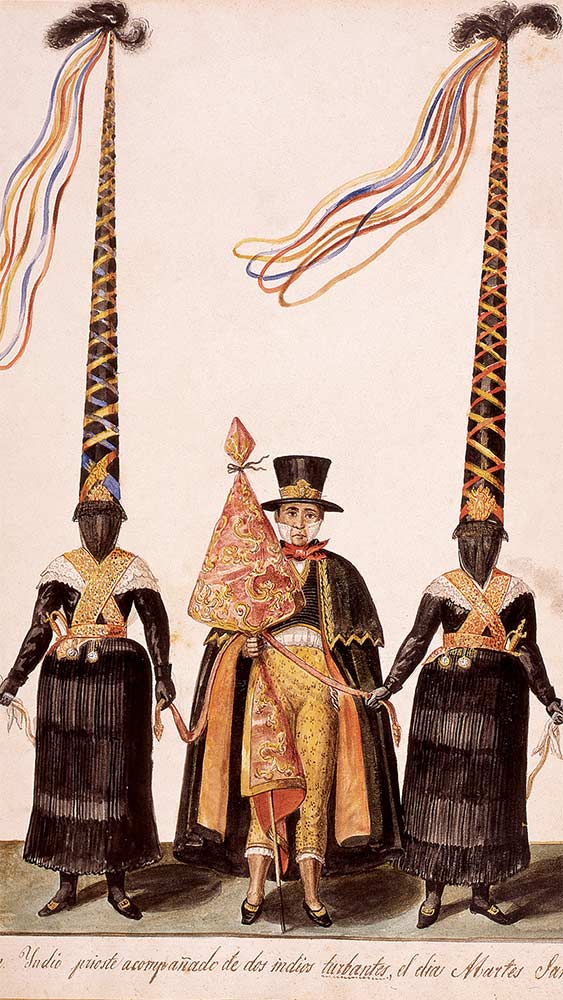 The truth is, “modernity” didn’t come to Quito like it did in other places. Although throughout the Americas, a concept posing as modernity was abruptly and successfully installed by so-called liberalism, in Quito it actually spared religion in a big way.

After the rooted conservative Gabriel García Moreno had presided, intermittently, over the country for about a decade (in the 1860s and ‘70s), the Liberals and their leader, Eloy Alfaro, brought his legacy crashing to the ground very effectively. Among their many aggressive social reforms, Liberals banned public expressions of religion, celebrating, instead, freedom of worship. However, in Ecuador, Liberals were less brutal than their counterparts elsewhere in the Americas when it came to religious institutions; churches were preserved, and the law of modus vivendi still exists from that time, which prohibits state interference in clerical matters.

But Eloy Alfaro and his Congress did force all religious events, including Easter, to stay hidden behind convent walls and doors.

Street altars and processions were prohibited. But it was not just the Liberals who took offense to Quito’s religious manifestations. Even in colonial times, at the height of religious Catholic zeal, the way Quiteños expressed their faith — especially the Easter procession — upset authorities. They tried to force the masked Cucuruchos (p. 72) from covering their faces, as the acts they performed anonymously in the name of penance were deemed “scandalous.” Quito’s celebrations had been seen as moving so far from the original meaning of Easter that Garcia Moreno, despite being a conservative Catholic, imposed bans on the Good Friday procession, as he felt it had mutated into a people’s parade of costumes and theatrical fanfare. 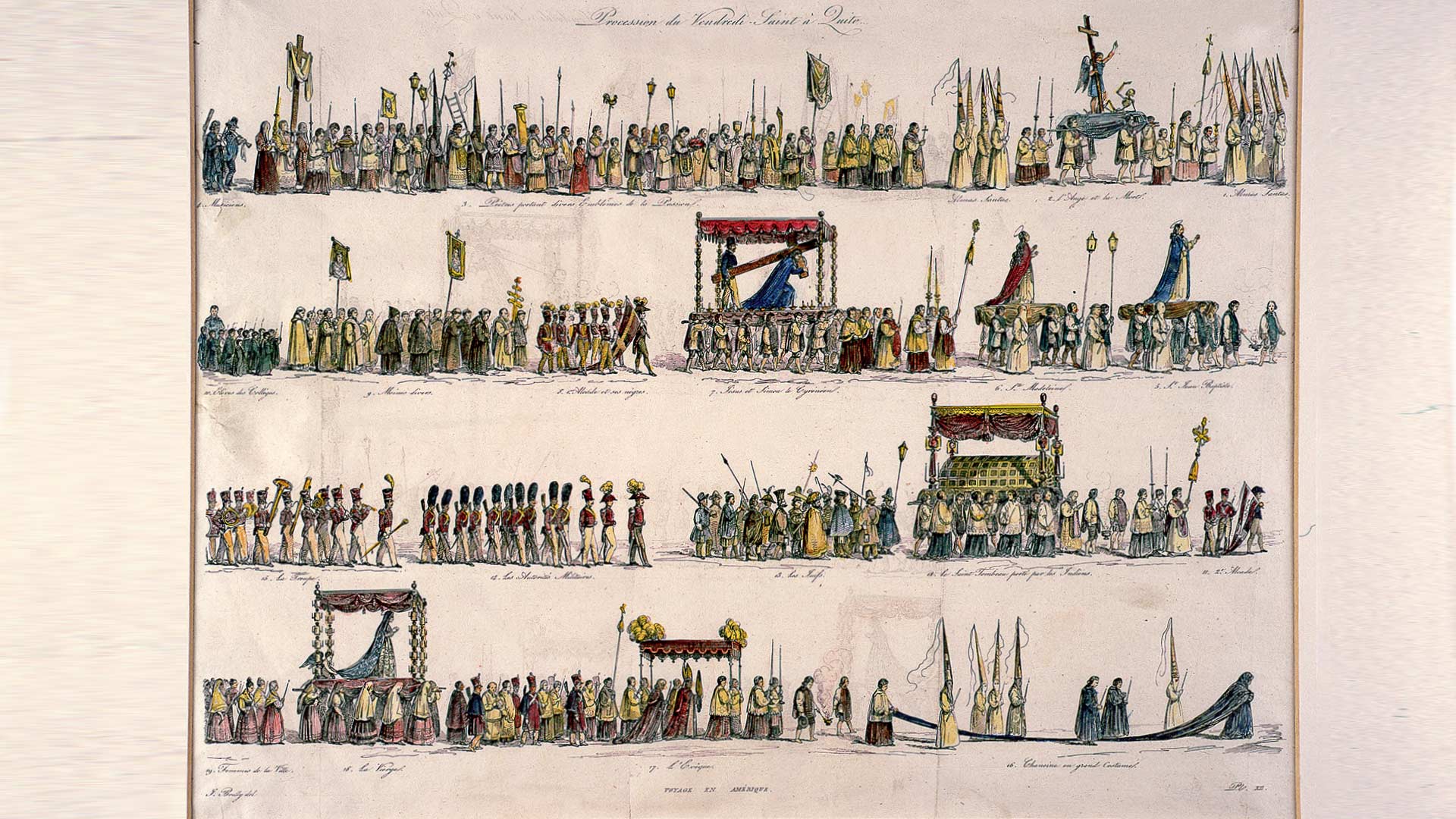 Throughout the 19th century, everyone was part of the celebration, from the indigenous Andeans to the mayor of the city, who joined the procession in a black hat and feathers. This concept of collective atonement during Good Friday became the norm around the end of the Spanish colonial era, when religious guilds were incorporated as organizers of the event. In some places, today, these earlier expressions of passion and creativity can still be found. Celebrations in La Merced and Alangasí (p. 100) reveal, for example, a much more animated parade than in Quito: amid a slew of characters, including long-lost ones that no longer parade in Quito, people in devil costumes dance around.

One 19th century drawing of two buffoon-like dancers wielding whips and swords, standing next to a pair of characters not unlike today’s Cucuruchos, confirms that celebrations from the past may have been much more festive than today’s. One witness to these old-style Easters was Ida Pfeiffer, who, upon witnessing Quito’s Good Friday procession of 1865, actually stated: “The Pope ought to urgently send this country a good set of noble and dignified punishments to put an end to such nonsense and scandal!”

There is another key 19th century reference by French naturalist Alcides D’Orbigny, which depicts the Good Friday parade as it would have been not too long before García Moreno became scandalized by its brashness (and Eloy Alfaro by its religiosity). The procession was apparently led by up to 1,000 “Holy Souls,” who wore what d’Orbigny described as “head cones so high they reached the second floor windows of the houses.” D’Orbigny’s work, collected in 1841 on his way through Quito, is probably the most descriptive historical reference of Holy Week liturgies of the 19th century.

D’Orbigny’s account recalls some of the oddities and wonders of the “grotesque show” he witnessed. He writes that the numerous replicas of the icons presented during the ceremonies were made by indigenous artisans. Furthermore, on the day of the procession, over five thousand candles were sold; a spectacular number considering it represented one sixth of the total population of the city at the time. A “crowd of black men” is described, whose members sport colorful blues and bright yellow; hardly fit for a solemn occasion.

Butchers were forced to dress as the least-popular characters, the “Jews,” due to the unpleasant nature of their work. D’Orbigny -describes it as the social imposition of a longstanding tradition, one that involved every member of Quito society in one form or another.

Good Friday in the 19th century basically saw Quito turn into a caravan of peculiar characters, a “liturgical theatrical performance.” While it was solemn in concept, it was far too outlandish for someone like García Moreno, who would have preferred Jesus’ image to be followed by a cohort of silent penitents. 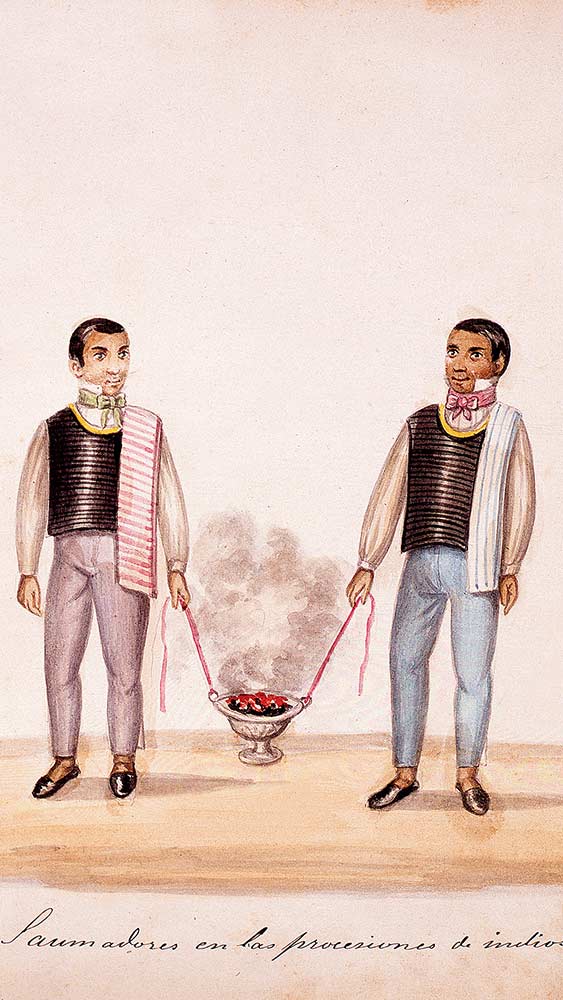