Birds are the first and the last thing you’ll hear on the paths leading to Sumaco’s summit. As if everything there happens because it needs to… as if all scents, sounds and colors have their purpose.

Making your way up a mountain always offers the possibility of getting to know yourself just a little bit better. Every summit is different and every trail leaves a trace in you. I had never visited Sumaco before, and in my mind I felt like it was different from other places I had trekked in the past. I researched, as I usually do. I like to know the customs of the people in the area, and get as familiar as possible with the geography. I look at other traveler’s pictures again and again; checked the altitudinal maps, the distances, and made detailed checklists of equipment, clothing, first aid items and food (and plastic bags, or drybags, of course, because even the best equipment is useless if it gets wet).

I had a feeling rubber boots would come in handy!

We hired one of the community guides at the small town of Pacto Sumaco. Héctor, who, with his colleagues maintains the trails and shelters in good condition, knows the routes well and told us of his wanderings and discoveries, of his days fishing with friends and the curious activity of crossing over to Mount Chalupas to pan for gold in the rivers’ headwaters. 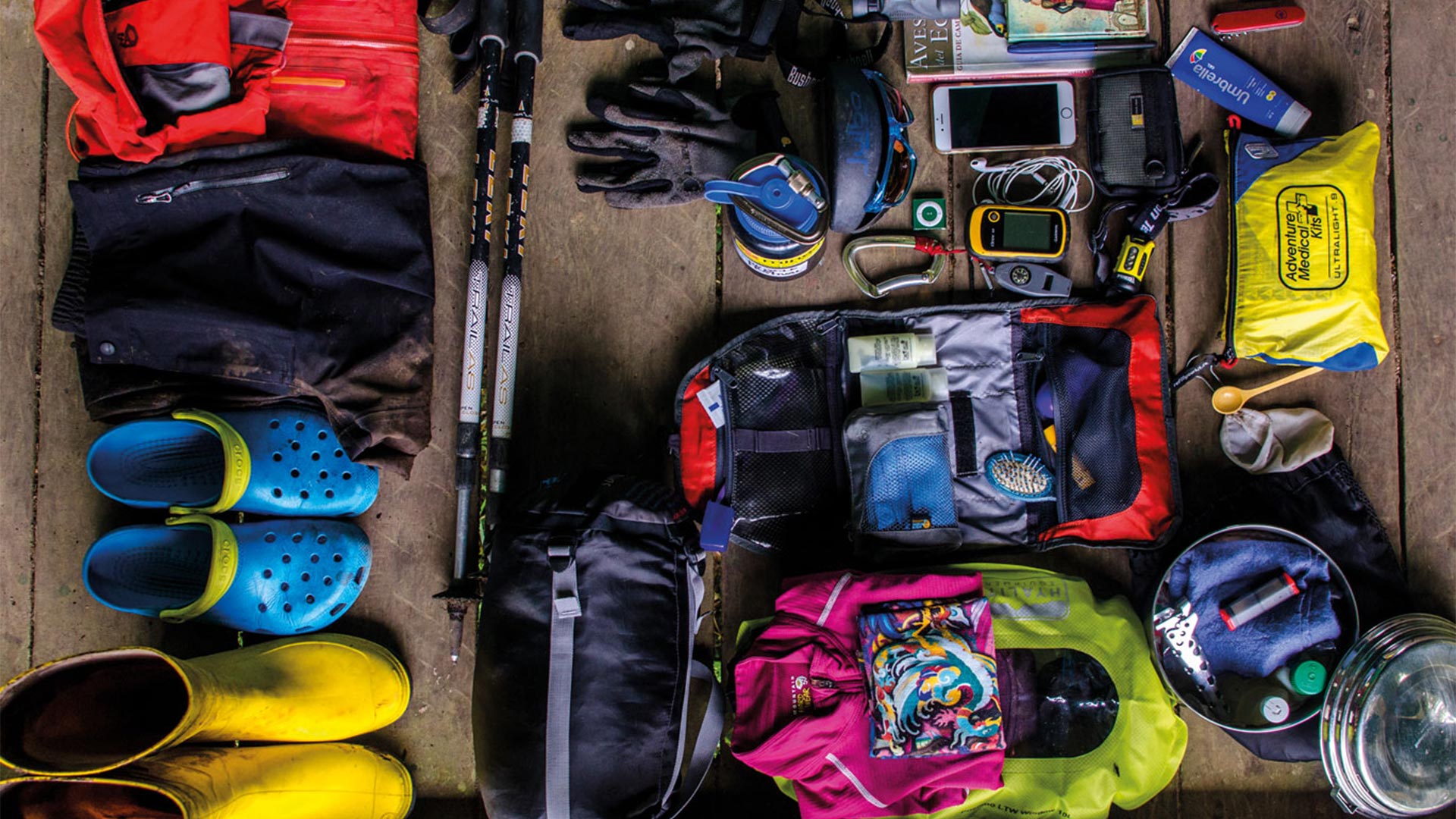 It is not an easy trek to the summit and the delight is to be surrounded by the lush subtropical nature that characterises the area. It feels as if every millimeter of these thick forests were taken advantage of by everything from dragonflies to bromeliads. One is never in silence. Sounds are constant companions. I also spotted the footprints of bears, tapirs and felines, but never actually got a chance to see any. I stopped to admire the countless bugs, flowers and plants… and learned that there is such a thing as an Amazonian crabs; and that wild blackberries are tastier this side of the Andes.

But perhaps what most struck me was how the vegetation changed as I climbed. You begin in dense forests. Climbing over 3,200 meters, the contrasting páramo takes over, a kingdom covered in the golden glow of extensive grasslands. Flowers become smaller. Trees shrink and then disappear. When you set out to the summit’s ridge, you begin to notice the rocks that make this volcano so unique. The crater lake shimmers, cupped by the mountain’s ridges and folds. The wind blows hard. From the summit, we could spot the neighboring Guacamayos. Ridge and Napo-Galeras reserve; the nearby hills of Pan De Azúcar and Cerro Negro; and the clouds below, caught up in the branches of the vibrant green canopy of primary montane forest. 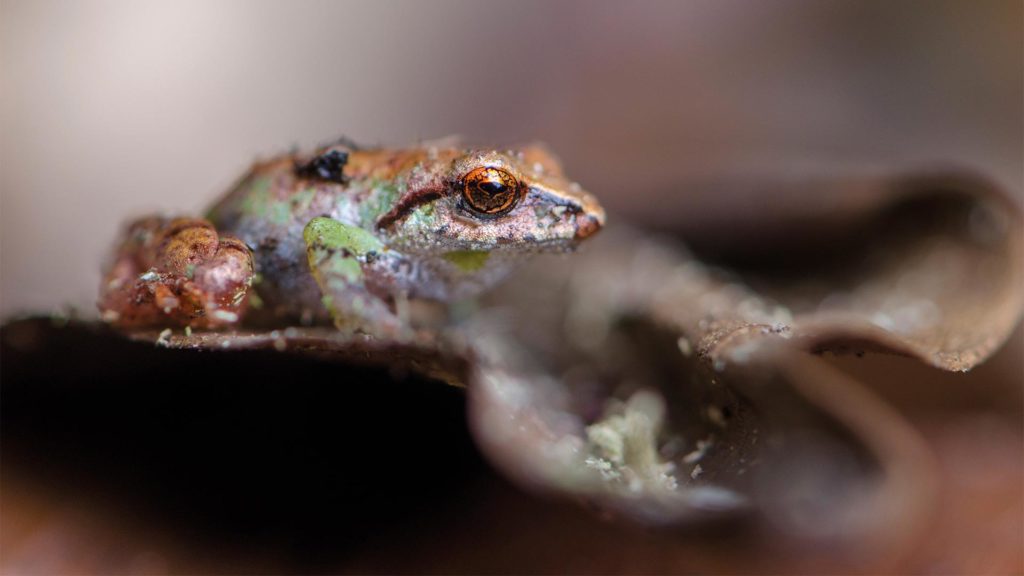 Walking the path of the pilgrims

The local community has made this quite a convenient trek. You can arrange a 3 day-2 nights or a 5 day-4 nights trek, depending on your physical condition or how long you’d like to stay in the area. Along the nearly 20-km stretch, there are three strategically located shelters and three other resting spots. Two of the shelters are well-equipped with kitchens, pots and cooking utensils. There are also bunk beds and blankets; a basic first aid kit; bathrooms and rain collection water tanks.

The adventure officially begins at the newly founded town of Pacto Sumaco. As a result of the serious earthquake that struck the area of El Chaco in 1987, the town’s initial population was basically made up of victims of this disaster, who upon losing everything were forced to relocate 100 km southeast by road (cutting through the forest, though, the distance is shorter). The government offered these lands to the survivors, and the community curiously decided to establish their homes near the volcano.

The inhabitants still remember the painful pilgrimage: days walking with their belongings on their backs; they had to come to what is now their community and bushwhack new trails, carry in food to start anew and measure the plots of land that would be allocated to them through a lottery system.

They kept their traditional farming-based livelihood, growing naranjilla and tree tomato, but have since developed cattle breeding, oyster-mushroom production and, in recent months, growing coffee. An eco-tourism project has also created trails to the volcano’s summit. It is now one of the main activities and although not everyone is involved, they all seem proud of the fact that the Sumaco climb begins from their settlement. 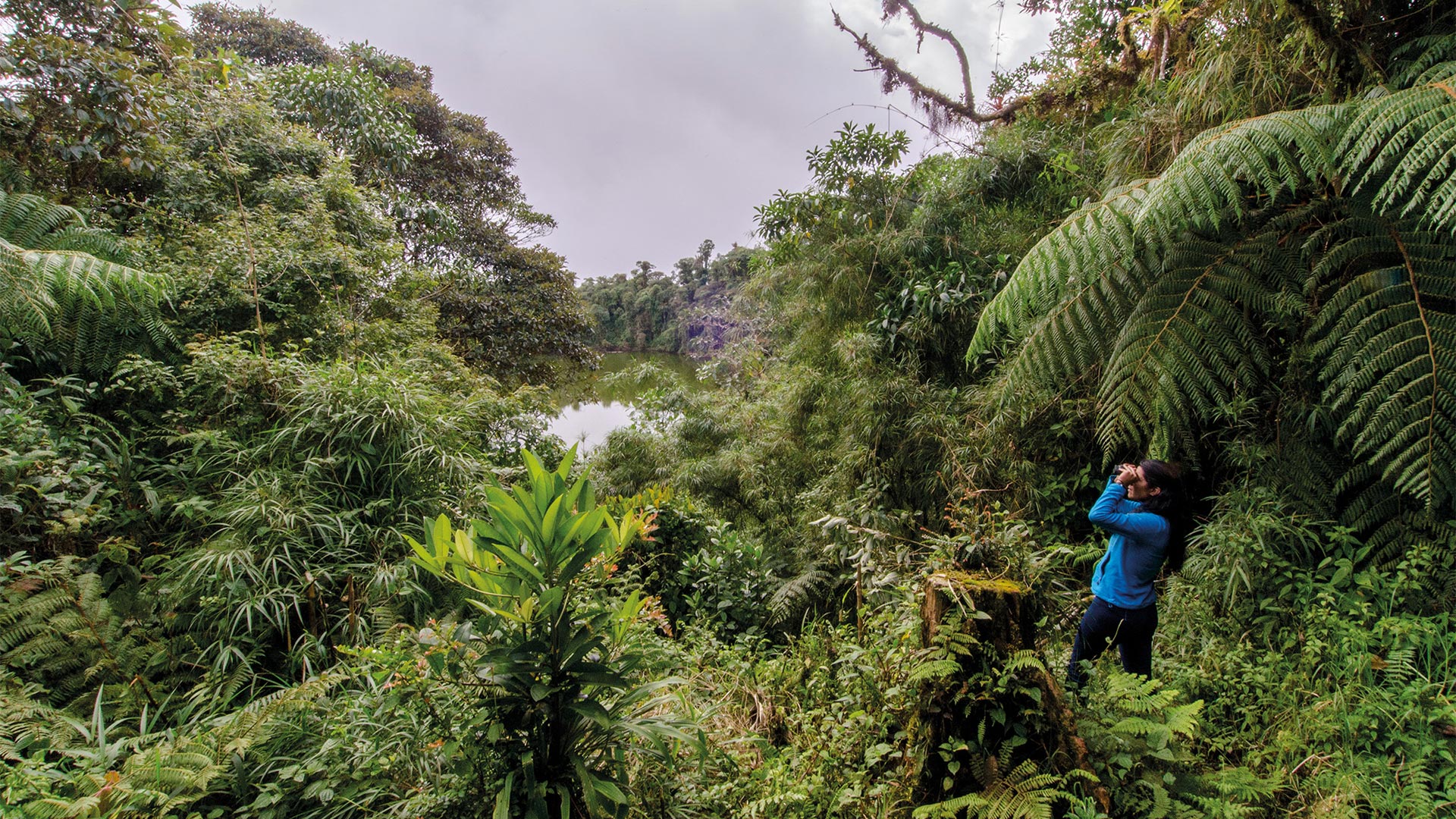 Weather is unpredictable and changing: it can be sunny a while, then rainy, humid and muddy, with drastic transformation of the terrain as you climb. Take advantage of the resting points; drink a lot of water, stop when you’re tired and replenish some energy with a hearty trail mix.

The walk itself isn’t particularly tough, but you need to be physi-cally fit enough to complete it. One could consider the state of muddy trails an obstacle, and the forest is certainly hilly. But overall,I felt a need to take a more relaxed approach to my trek than usual, with many stops to enjoy the scenery. The advantages of having equipped shelters is that you can travel lightly: there’s no need to carry tents, kitchen equipment, water; you can also wake up later, as you do not have to break down your camp site. At the shelters, we chatted comfortably until late and were never on schedule (we took our time to enjoy breakfast).

No other mountain in the country offers such facilities!

Many Andean trekkers are used to colder climate treks; we usually build our camp sites or “bivouack” (sleep in the wilderness), since many times there isn’t sufficient space to actually set up a tent. Sumaco is different: the challenge here is coping with the heat, humidity and mosquitoes. And reaching the summit with rubber boots was certainly unexpected! As we looked out upon the crater lake, which I had seen so many times before in pictures, I was also surprised that the pilgrims who settled the area, and whose

traces we had been following through forests, had even ventured up here…

Despite the strong winds, we enjoyed the summit. We gazed out onto the surrounding wilderness, with the almost ironic twist of feeling the cold wind on our faces as the thick and humid Amazon jungle stretched below. Like on all summits, we knew that we had only reached the halfway point of our adventure. We had to reserve our energy to retrace our steps back home.

A new trail — christened Dos Mundos (two worlds) — around the community for birdwatching and checking out the village and organic gardens was opened in October. You can also stay the night and share with local families. 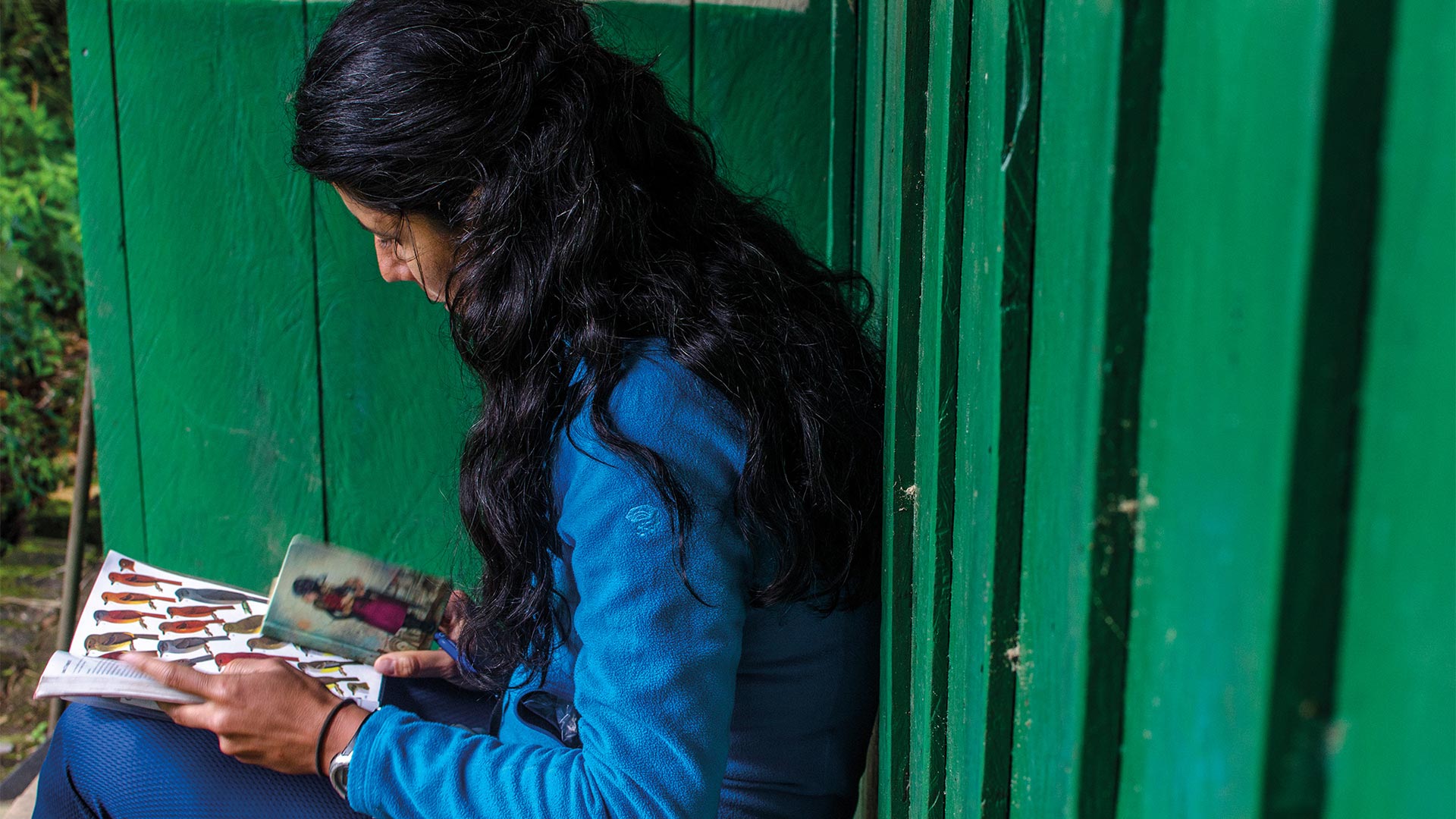