Saquisilí: Ancestral marketing in the Andes

There is a town in the province of Cotopaxi where shopping centers have actually gone out of fashion — or were never actually in fashion — where clothing is not displayed in storefront windows or on mannequins, where wears are not placed on racks and shopping carts don’t exist, where everything is sold outdoors on small stands or on large plastics sheets on the floor, in the middle of a bustling city square. No price is ever fixed. Everything is open to irreverent haggling.

Thursdays in Saquisilí begin when it is still dark. In this small but legendary town, Thursdays are inescapable. It is market day, the day in which seven squares in town fill to brimming with merchants, buyers and the curious. It seems that for every taste there is a square to shop at: the animal market, the potato market, the grain market, the poncho and clothing market, the bird market, the herb market… If you ask the vendors, even they get confused; they’ll list five and begin to repeat themselves, then give up and say “I do not know them all, there are so many!”. 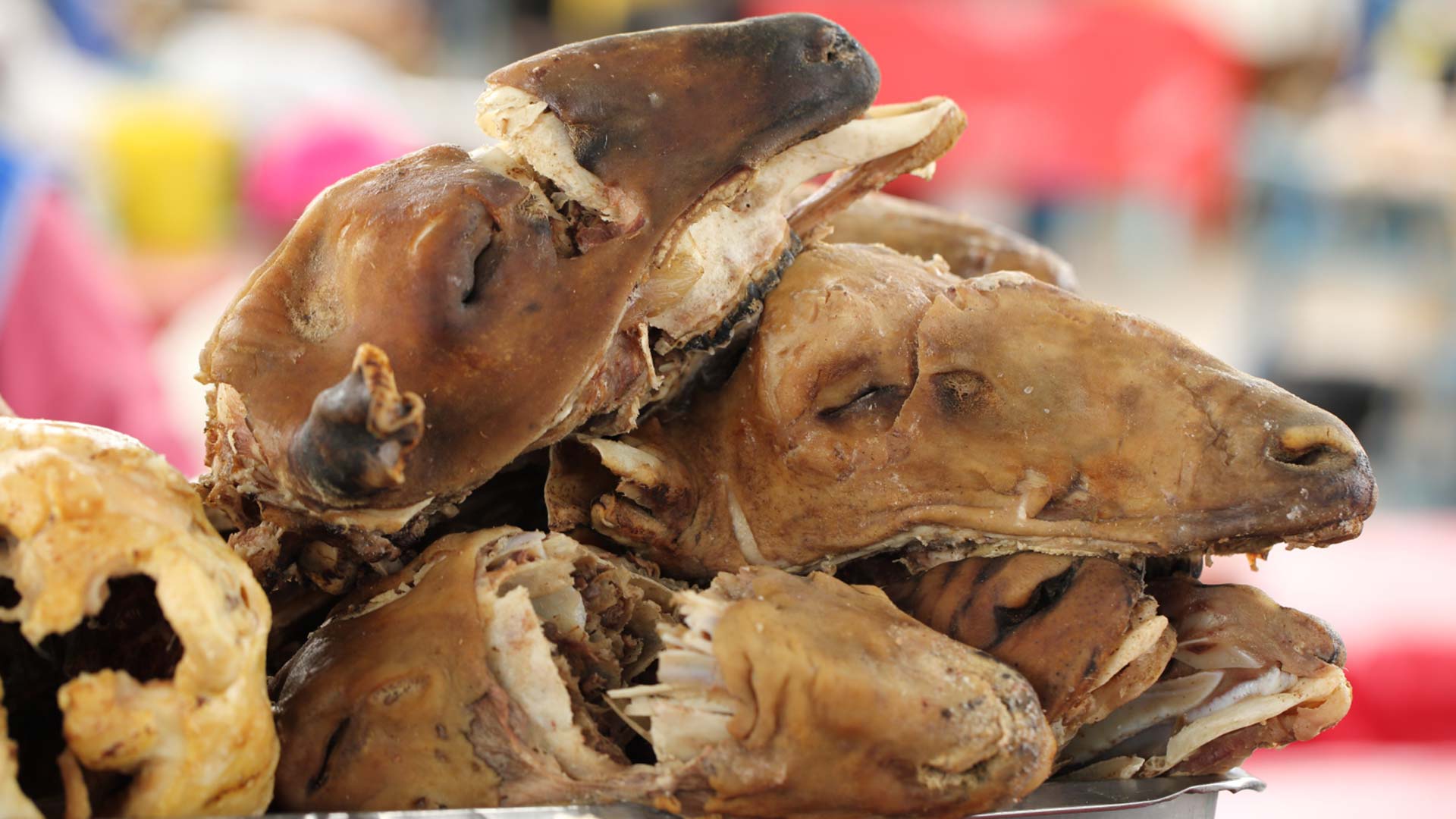 The day begins with mud, the strong odor of manure, the shrill shrieks of pigs and bellowing of cows, yelling and bargaining. “How much is that pig?” asks a woman wrapped in a red poncho. “Two hundred and eighty,” replies the owner. “Oh Lord, no. There’s one at one fifty over there,” she points toward another gaggle of animals. The owner explains that her pig is bigger, stronger… juicier?

The sky still cherishes its range of twilight blues that barely illuminate the path toward the muddy esplanade, the crisp cold passing through the ponchos, and yet there is already a long line of trucks breaking the morning calm, whose tires are forging invisible roads through the mud, transporting the large animals. They arrive at a large lot stitched with white fences that separate animals by species. The pigs are first, followed by lambs, donkeys, llamas, calves, cows, bulls… Their owners lead them on ropes: they pull, they push, and kick the reluctant ones. They come from nearby villages: Canchagua, Toacazo, Guantuchico, hoping to sell their animals for consumption, cattle-ranching or resale. 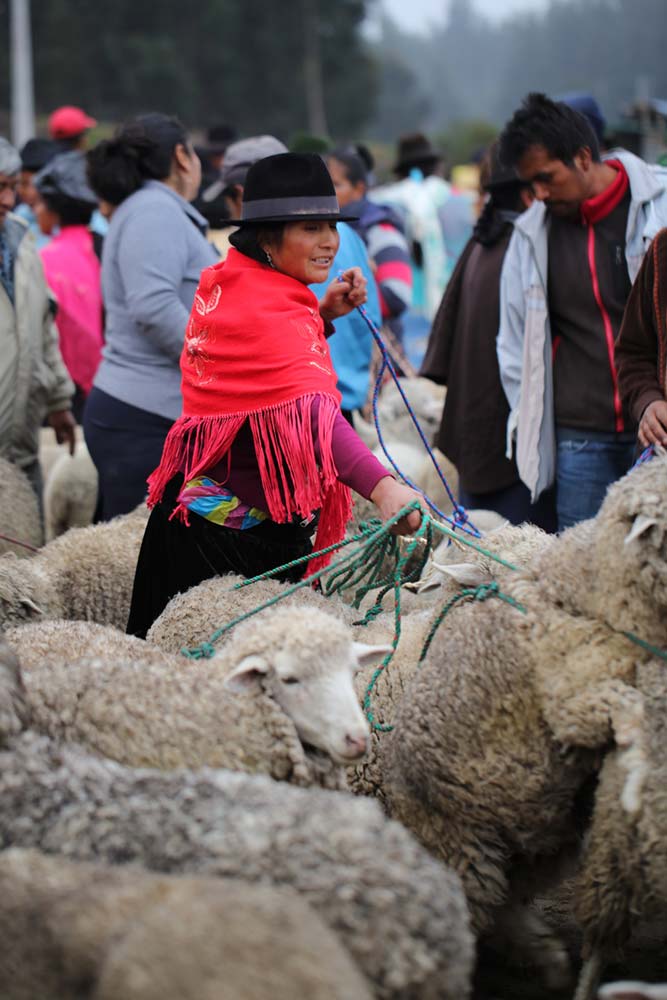 By early morning, around 9 AM, at Rocafuerte Square in downtown Sangolquí (the “birds market”), despite its name, offers everything: fish, guinea pigs, rabbits, legumes, tools, dogs, cats … and, of course, birds. From time to time, a rebellious hen escapes from its cage. For a couple of seconds, the nearby vendors get excited and stop what they are doing to run after it. Finally they grab it by one leg, it moans in defeat and is returned to whence it came. And everyone gets back to selling. They encourage the curious with a quintessential pick-up line, “come to me, what do you want?” At the potato market, the smell of soil fills the air; in the poncho market, textiles fill every space with color and the white-and-red-striped poncho, a Saquisilí classic, stands out. Colada morada, a drink served only during All Saint’s Day in other parts of the country, is sold year-round here. Seamstresses with their Singer machines still use spindles to spin their lamb wool thread. And at the grains market, the sheer diversity of legumes of every size and color is astounding. The food court energizes sales further: a lamb-skull broth, a cow-hoof soup, a chicken stew… all the nutrition the locals need to keep the commerce flowing. 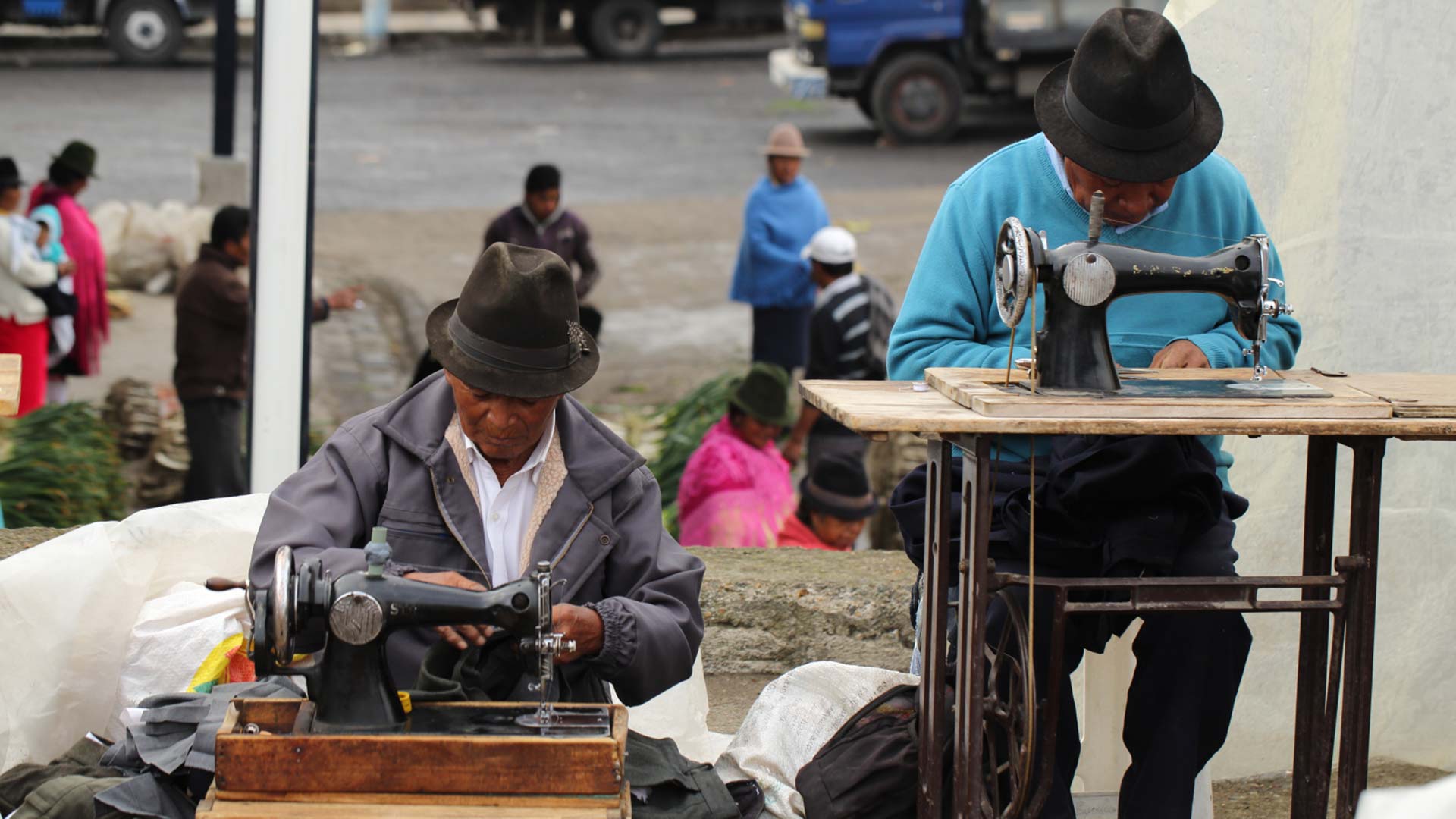 Saquisilí is one of the few places in the country that maintains its indigenous market verve virtually intact. Ancestral trade is still preferred, informal cash transactions are the norm. The people of Saquisilí and its surrounding towns and villages have long since determined that Thursday is market day, and that nothing shall replace it…