It is perhaps one of the most intriguing religious celebrations in the province of Esmeraldas. In recent years, media outlets from Quito and Guayaquil have covered it like the next big thing in. And why not? It’s a deeply romantic vision, beautiful and unique: a black saint floating down a river.

The procession is brought to rhythmic life with marimbas and drums mounted on the floating vessels. The accompanying women sing arrullos, songs dedicated to the deceased, which imbue the proceedings with a haunting and bewitching plea of faith. These dreamy visions are still the essence of the festivity, despite the introduced ingredients: DJs and partying have distorted its surely more contemplative origins.

The honored saint is one San Martín de Porres, the “broom saint”, remembered for his humility and reclusion, born in 1579. He was a mulatto, son of a Spanish nobleman settled in Lima and a freed black slave.

Although he was known, in life, for his infallible black cape, the saint of our procession is draped, contrarily, in a white cape, which glows resplendent beneath the sun, making it easy to spot as it flows by on its way from Borbón to the port of Canchimalero, the site where the true party unfolds. 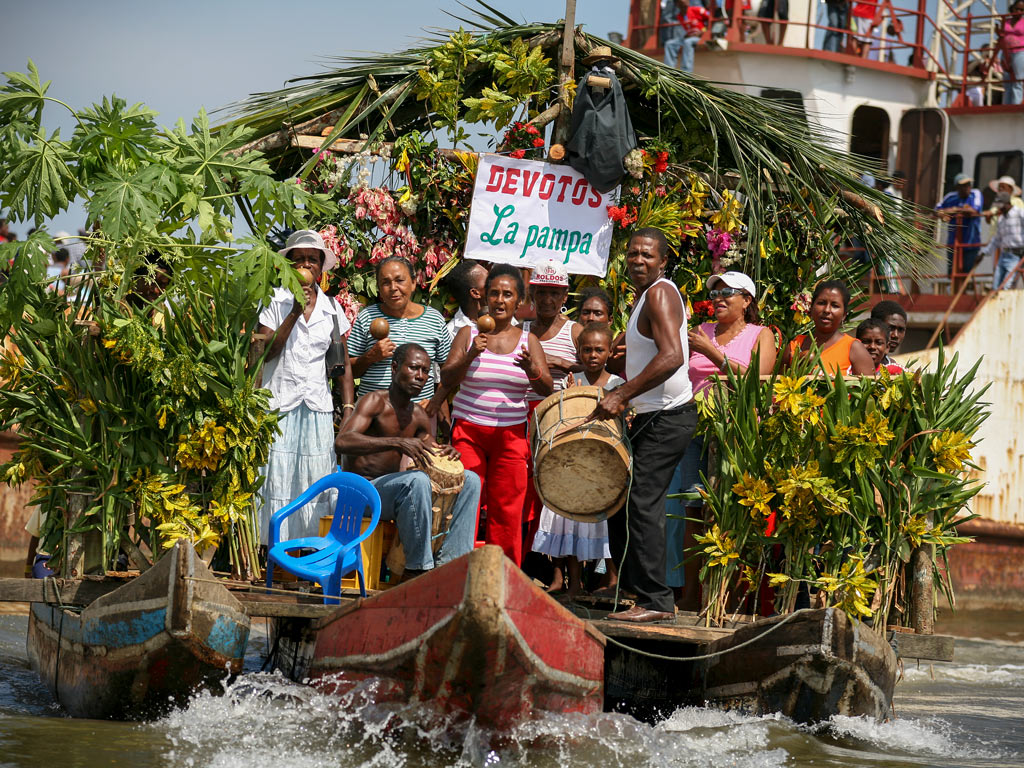 Nearby communities arrive to sing lullabies to their black saint. Photo: Jorge Vinueza. 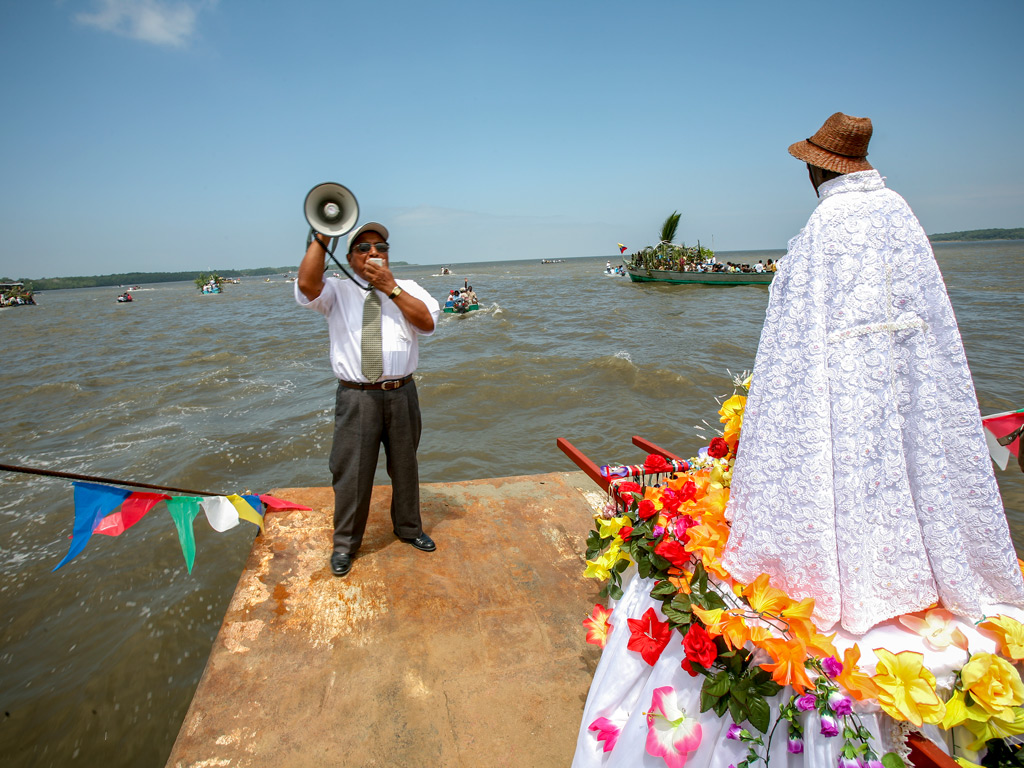 The celebration takes place on November 3, but we suggest you arrive at Borbón the day before to attend a fascinating music festival, the ideal place and time to get to know the rhythms, voices and talent of the region’s black artists. You’ll find shows by marimba bands, arrullo singers and tributes to the legendary musicians of the area. It ranks among the most authentic showcases of the province’s music and culture.