Many people regard San Marcos as one of Quito’s most picturesque neighborhoods. It performs a magic trick few can perform: it’s located in the heart of the Historic Center but at the same time feels far from its downtown hustle and bustle, rambling across the spur of a hill that also manages to isolate it from the busy La Marín bus terminal to its west.

San Marcos’s neighbors cover every walk of life. You’ll come across artists who live in fascinating and stately Colonial houses; foreigners who have fallen in love with the square, views, atmosphere, and quaint shops; and old-fashioned locals who treasure the neighborhood as the places where they’ve lived all their lives.

Don’t miss out on the pretty plaques located outside many of the heritage residences, which tell stories of many of the local neighbors. 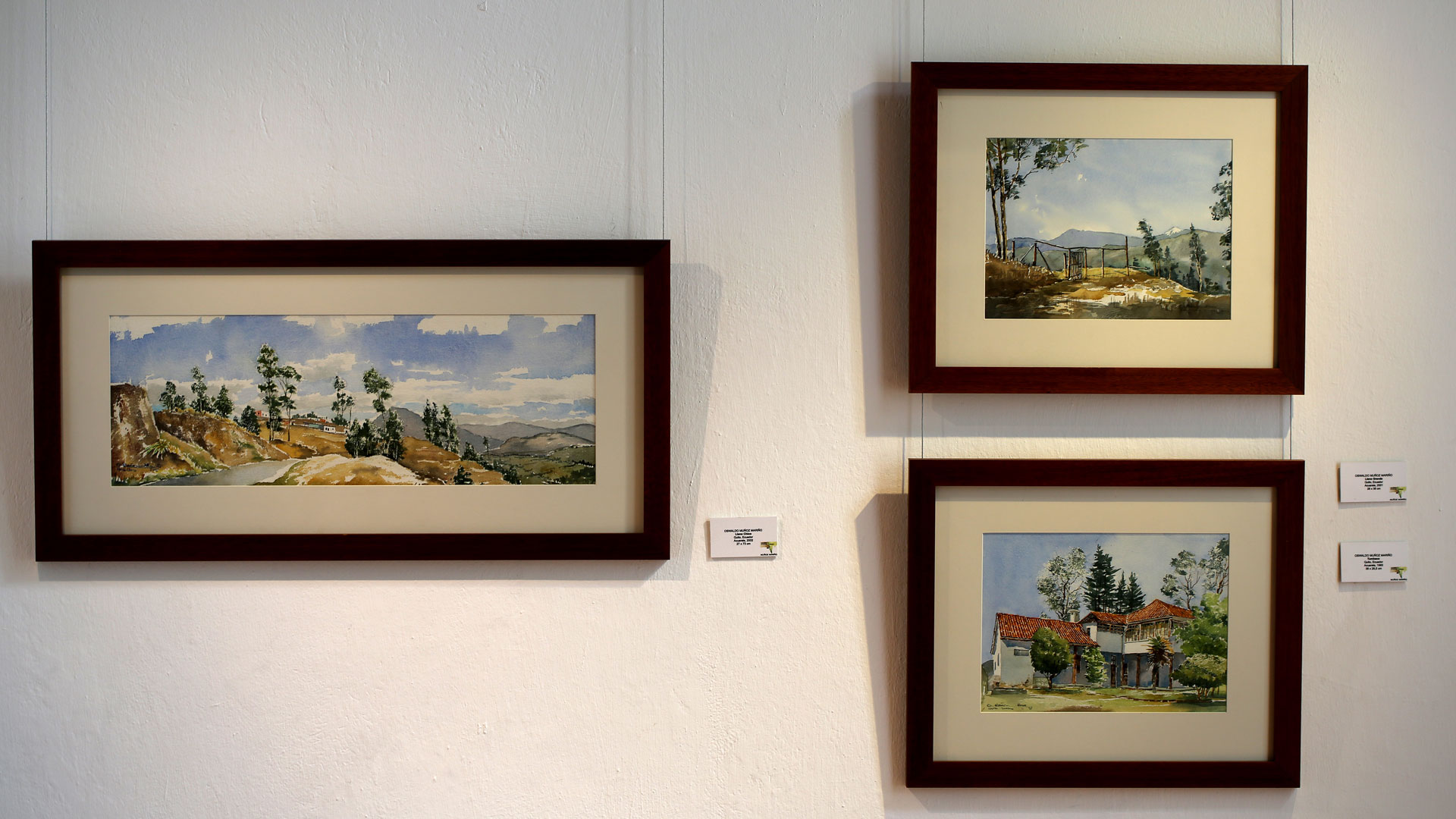 A little bit of everything

The neighborhood includes such contrasts as the obligatory street-corner fritada stand and the revamped parish house, where art collectives have established spaces for the creative arts, like that of La Comuna Serigráfica the young serigraphy workshop. There is an antiquarian and a gallery/bar, there’s the gringo’s craft beer at Dios No Muere (he’s also a devotee of Our Lady of Sorrow and a die-hard Louisiana-blues fan).

There are boutique hotels, weekend puppets (if enough kids gather round), beautiful, empty houses (that one always feels should house museums), and three other houses that are already museums. It’s a very beautiful, easily-walkable neighborhood that deserves to be treasured in Quito.

– The Ecuadorian Archive Museum of Architecture holds interesting events, and a highlights is its great model of the Historical Center, as well as old maps of the city.

– The Muñoz Mariño Museum of Drawing and Watercolor dedicates the space to a watercolor artist that captured not only Quito but also several other world cities with his art (especially in Mexico, where lived there), with an interesting permanent collection and temporary exhibits. The excellent theatrical representation of “Rabia” by filmmaker Sebastián Cordero took place here, and turned out to be a remarkable venue for the play.

– The Manuela Sáenz Museum highlights the life and troubles of Simón Bolívar’s lover and comrade, a woman as intrepid as El Libertador himself, precursor of the women’s liberation movement.

San Marcos was, for years, one of the best kept secrets of the city and remains an off-the-beaten-track site for most tourists that roam the Historic Center. Its axis is Calle Junín, which begins on Calle Flores (one block north of Santo Domingo and one block south of Santa Catalina). Over the next four blocks, one strolls along this street past quaint stores, its museums and reach the pretty San Marcos square.

Walking along this special neighborhood, you’ll get to meet local tienda owners, fruit vendors, artisans, artists —among them, master Jaime Zapata— and sit in the square to contemplate neighborhood life and meet the younger generations who have also taken over of space and strive to keep it alive and true to its essence.

On Calle Junín in San Marcos, look out for the small and peculiar local wood-carving studio of José Barrera, the “Quitólogo” (or Quitologist), a master of strain and trade. He crafts everything from wooden games to furniture. Plus, he restores antiques. The love of his life is employing his hands to work wood and other elements. Each of his designs is unique and each piece made following age-old techniques (including the use of cow bones). The Quitólogo is also an encyclopedia when it comes to stories and anecdotes about the capital, hence his “nickname”. For him, the air that runs through the streets of the Historic Center is pure magic; that’s why he’s forever in love with his city.