The historic San José de Puembo inn has undoubtedly taken the exquisite taste of typical Ecuadorian cuisine to new heights. Everything served displays a distinctive touch. Yet no ingredient has been changed. Nor do these dishes feature new sauces, dressings, or extravagant reductions. So what makes the food here so unique? We pried…

San José de Puembo’s kitchen has existed now for almost three decades. And after sampling an assortment of dishes, we noticed something. That one of the keys to distinguishing its culinary evolution has been the array of techniques used to prepare every dish in and of itself. For example, the sous-vide. This cooking technique preserves the integrity of the food by heating it for longer amounts of time at lower temperatures. The Quito fritada is cooked this way and then fried in smoked fat, which makes it oh, so special. 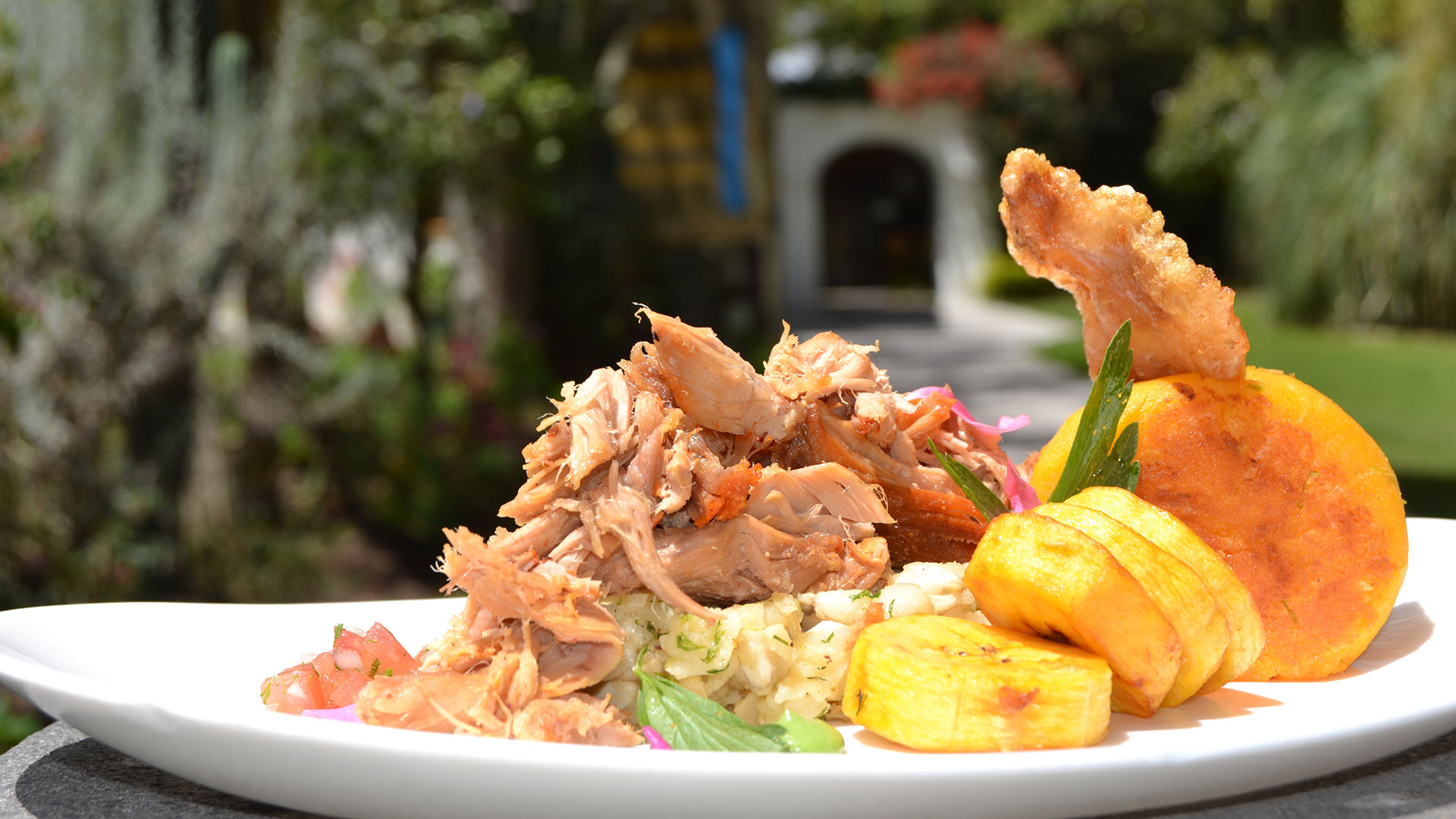 Another dish that is prepared the same way is the seco de chivo. Its meat has more flavor. It’s usually prepared with lamb, though also goat and chicken, marinated for hours. All these modern cooking methods also improve the textures and can be enjoyed in other dishes such as the classic pulled-pork sandwich, a delicacy.

Even your typical rural-style grilled chicken also a twist: it’s prepared with a 100% dark chocolate crust. A unique recipe.

Everything that makes San José de Puembo special as an ideal getaway in Quito is complemented by its first-rate culinary flare. And we are not just speaking of traditional Andean food, but food from all of the country’s regions. From the Amazon, you can taste the one-and-only paiche fish, prepared and served ‘ayampaco’ style, wrapped in banana leaves and cooked on a firewood oven. And from the Coast, all the seafood dishes you can imagine. 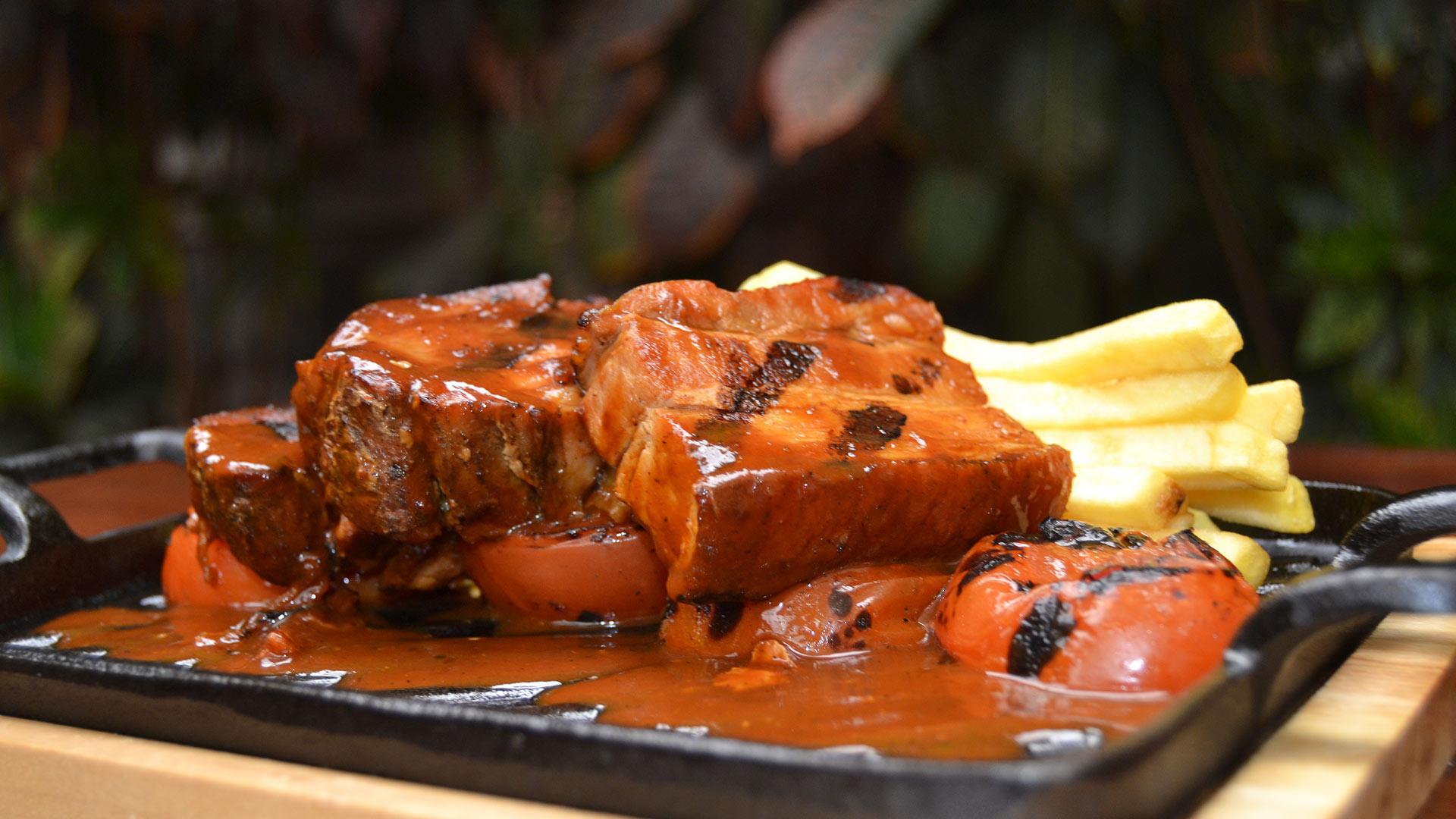 Due to San José de Puembo’s wide international appeal, you can also find dishes like BBQ ribs —made San José’s way, no doubt — cooked on firewood (and not just any firewood: eucalyptus and even avocado wood due to the many avocado trees found on the premises). Another sought-after recipe: the picaña burger, prepared with Angus Americana picaña meat, unique for its marbling. Food engineer Mauricio Letort explains that beef imported from southern South America makes all the difference.

As for soups, the typical chola potato locro is a classic, a recipe that remains true to its origins, served with chulpi corn and avocado. Another specialty is the ‘caldo de pata‘ (cow’s leg broth), cooked the “absolutely traditional way”. And of course, desserts: paila ice cream displaying the great array of Andean delicacy fruits such as taxo, passion fruit, and soursop, produced in the town. There are also tartlets and a dessert that is considered emblematic here, the black forest prepared with 58% dark chocolate. 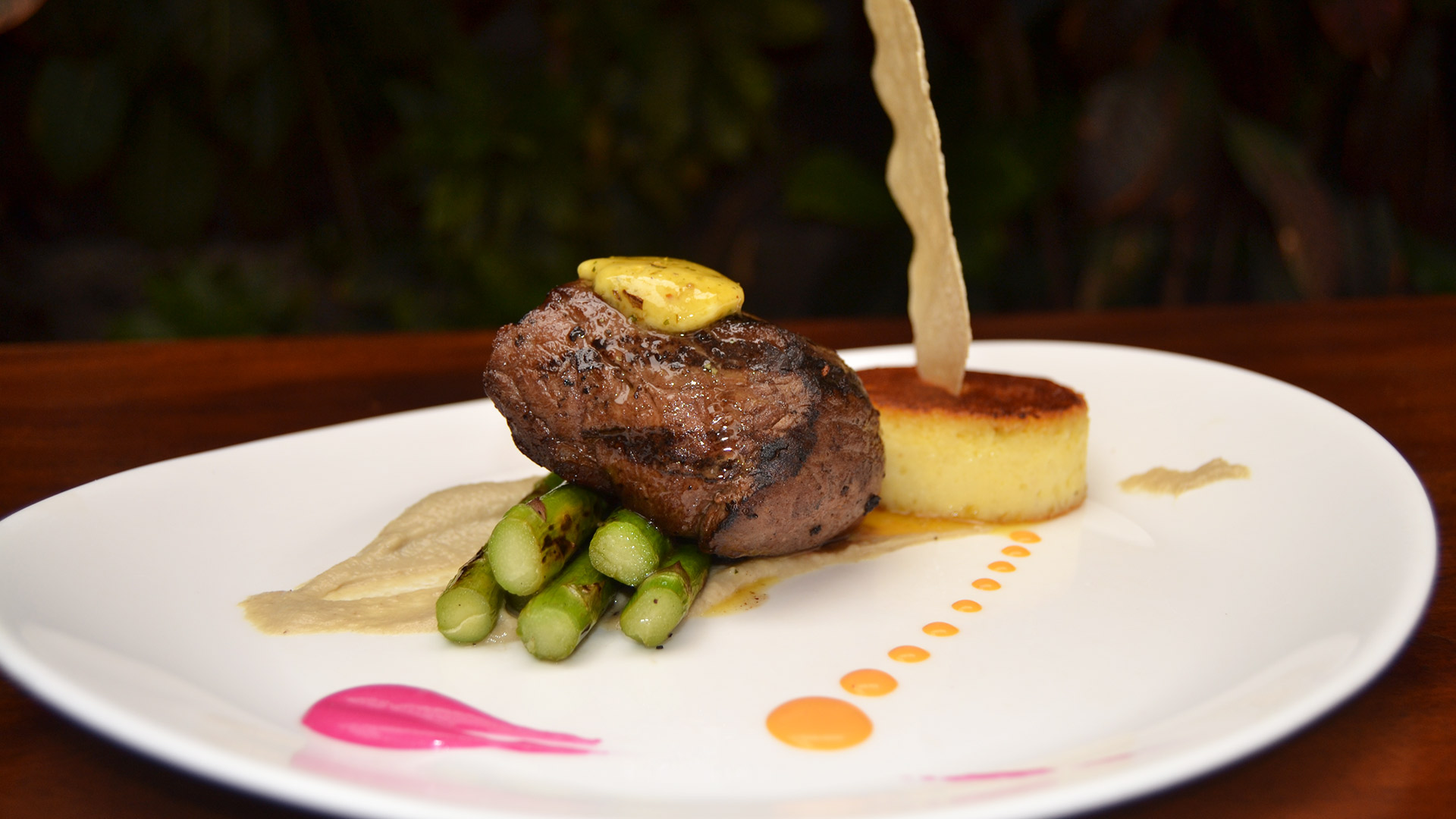 How then would we define the food of San José de Puembo? Mauricio explains that it is neither fusion nor traditional, but rather “sophisticated country-style cuisine”. A place worth savoring.