Silent, 440-feet-high, 37-storey tall La Previsora building – Ecuador’s tallest skyscraper – reflects the world around it like an enormous obsidian block. It looms over the voluptuous silt-clad Río Guayas – the Pacific Ocean’s largest river delta and Ecuador’s most sluggish river – over the leafy trees and colorful gardens of Guayaquil’s proud breakwater, the Malecón 2000, an urban project that inexplicably but irrevocably changed the way an entire population feels about and lives its hometown.

It’s another hazy coastal morning, slowly awakening as the lazy river drifts towards the Pacific Ocean. It is also the New Year, which means the night-herons are nesting.

Locally called ‘crow ducks’, the Yellow-crowned Night-Heron is quite an impressive sight when you first misidentify it as a gigantic pigeon. The city’s ornate “Moorish” clock tower tolls six a.m. and these birds, still well-awake before winding down to their usual daytime slumber, fly in and out of the emerald-green strangler figs they recently colonized all along the malecón. 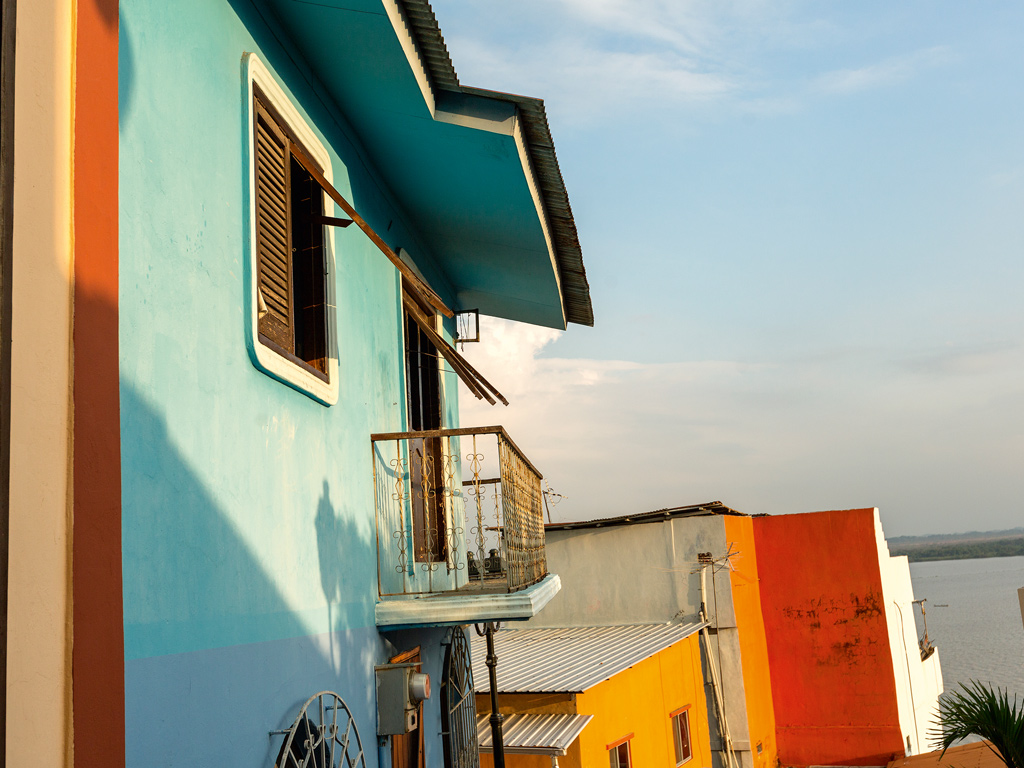 The day begins in the cool dawn half-light

Few cities can boast such large birds so close to cinder blocks and asphalt. But they make a lot of sense here, since they are, like all good Guayaquileños, avid crab connoisseurs. Some flap off – way off, it seems – across the river to the green shores of Isla Santay, seeking a last minute morsel, plucked from the island’s mudflats and mangroves, to carry back to their burgeoning nests in downtown Guayaquil.

It’s not just the bird life. Mango trees are also ridiculously laden with fruit in downtown Guayaquil. Golden-ripe, succulent fruits fall rhythmically onto the cement below. In flock the parrots, making an awful racket. The most raucous of the bunch is the Red-masked Parakeet, a local endemic, which one sad day in the 1980s disappeared from the afternoon sky, only to return from out of the blue some five years ago to the very place Guayaquileños feel most at home: along the banks of their treasured river.

The day begins in the cool dawn half-light. Cars queue at a red light on Avenida Simón Bolívar, one of Ecuador’s widest thoroughfares

Any minute now, everything will begin to multiply without mercy, just like the pedestrians, Ecuador’s most rambunctious lot; just like the salesmen in La Bahía, Ecuador’s busiest black market; just like locusts in fact, attracted by the lush vegetation watered by the tropical rains of the Pacific coastal plains.

The first solitary fishermen float with the current in their worn canoes, heading out to work, taking good advantage of the last days of crab-catching season (although rumor has it, the ‘end date’ will be postponed until March). It’s the New Year, and as they vanish into the silty-silent creeks of the river’s estuaries, amidst whispering mangroves, it’s hard to believe, to suddenly realize as the city awakens, that this is, by a long shot, the largest, loudest, busiest city in the country. 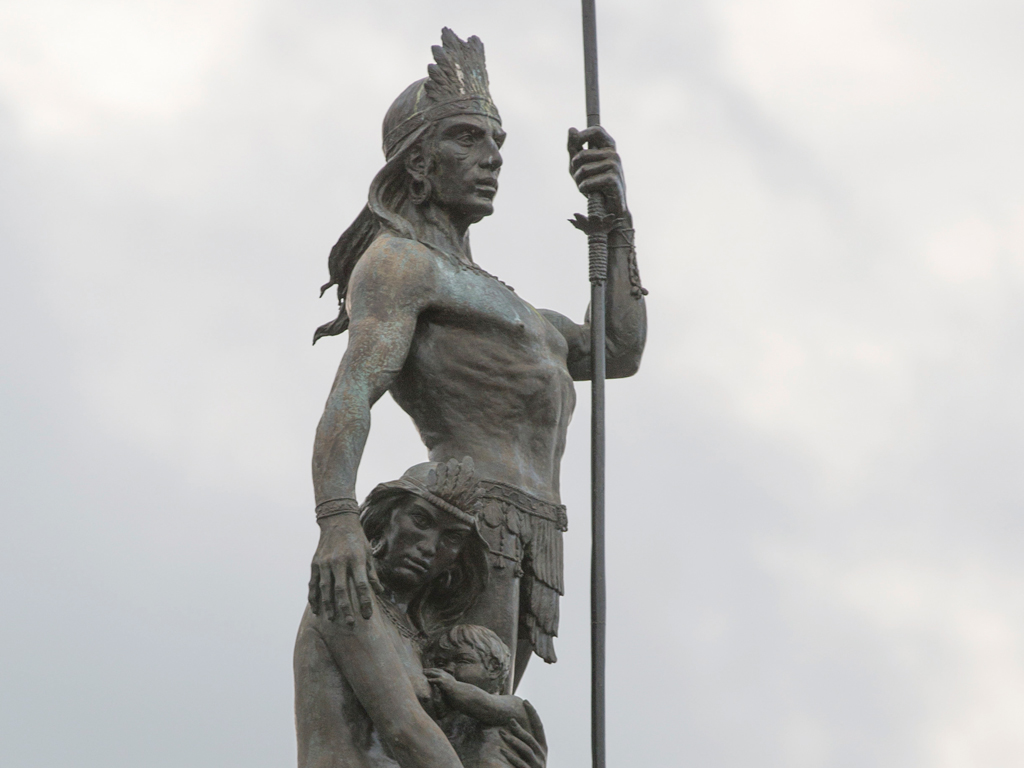 Monument to Guayaquile welcoms visitors to the city

During the fourteen years that followed the foundation of ‘Santiago’, the city adopted numerous suffixes (Santiago de Quito, de Chilintomo, del Estero de Dimas, de Chaday, de Amay, de la Nueva Castilla…) as the Spanish population was forced to resettle again and again. They descended down from near Riobamba in the Andean Highlands, to different sites along the Babahoyo River. Documents mention a Cacique Guayaquile and a Cacique Uguay, leader of the “peaceful” Huancavilcas, as the only declared friends the Spaniards had in the area – the other neighbors wasted no time in razing any huts the Spaniards tried to cobble together. Contact with Guayaquile purportedly begins at the second site, Chilintomo. There, he offers the wandering Spanish not only land, but building materials and succor, asking only for respect for his women in return. Aggressive tribes soon force the ‘santiagueños’ out, until they finally officially choose the name Guayaquil for the settlement along the River Guayas, in 1547. For the first time in Santiago’s complex history, the name of the city is set in stone, a name that is not geographic, but a tribute to the generosity of an exemplary man.