ActivitiesAt one with the planet

In Ecuador, we have lost twenty wild condors in less than two years. Considering their reproductive age begins at ten, the time to even consider recovering this loss would be measured in decades.

Only two pairs of condors breed in captivity in the country. Both live in Cóndor Huasi (the “house of the condor” in Kichwa), a conservation project that operates within Hacienda Zuleta, a space where this emblematic species of the Andes may find some peace and prosperity… if not the key to its survival.

Passion for an icon

Let’s backtrack to the early 1990s, when the Hacienda Zuleta owners recorded their first condor sightings in the Zuleta valley. Some birds were spotted resting on their way to either Cotopaxi or Illinizas, while others were residents of the area.

Constant threats to their survival, such as indiscriminate hunting and poisoning by local farmers seeking to protect their livestock, has quickly contributed to a significant population decline, one that has placed Ecuador’s national bird in a delicate state of conservation. In less than a decade, Andean Condors are dangerously inching their way to an irreversible risk of extinction.

Faced with this urgency and thanks to the steadfast support of the Galo Plaza Lasso Foundation, the Cóndor Huasi project and interpretation center began its operation eight years ago in Hacienda Zuleta.

Taita and Inti were the first condors to arrive at Cóndor Huasi.

“Back then, we didn’t have what we have now, so it was easy for the birds to escape. That happened in only 2-days time,” says Yann Potaufeu, a French biologist working at Zuleta since the project’s early days. Fortunately, the birds were found: Inti had various injuries, including wing injuries that did not allow it to get very far. Taita is no longer with us today. Inti, however, has been able to lead a healthy life. Twenty-four-years old today, he was able to mate with Ayu, and both are parents of Illapa.

Cóndor Huasi’s second couple (and do note Andean Condors mate for life) is Coya (princess in Kichwa) and Tarishka (orphan), parents of Toa. In total, seven condors are cared for at the center. Although both couples have made it past the first (daunting) obstacle —the crucial task of finding a mate and having offspring, the young condors must still continue to remain healthy for the next part of their conservation journey.

An active couple will lay one egg every two years on average, which represents a total of approximately twenty chicks in one lifetime for a healthy couple. “Though that never happens,” explains Potaufeu. One can certainly be hopeful, yet, at the moment, the only clear identifier of success today is that the species’ reproduction rate is “very low”.

Part of the objectives of Cóndor Huasi is rewilding, a large-scale conservation concept that aims to return species to their natural environment. Three axes —reconstruction, reproduction and reintroduction— define the project’s strategy. Those involved work hard every day to achieve their objectives, yet the entire process will take decade to fulfill.

Visiting Cóndor Huasi offers the unique experience of getting to know the trials and tribulations of conservation efforts for this species as well as the opportunity to see and share the story of these Condor couples and their offspring. You can also learn about a second project seeking to protect local Andean bears (previously known as Spectacled bears), a species that, like condors, is threatened and fulfills an essential function in nature: they are literal “gardeners”, important contributors to reforestation for the entire valley.

Condors are, statistically, critically endangered, while bears are only threatened. Both concern local and international environmental activists. The hard work of Hacienda Zuleta and Condor Huasi is, thus, essential for both species as well as the Andean ecosystems they represent.

Plan your visit to discover the important Condor Huasi project in Zuleta by contacting us or Hacienda Zuleta, directly. 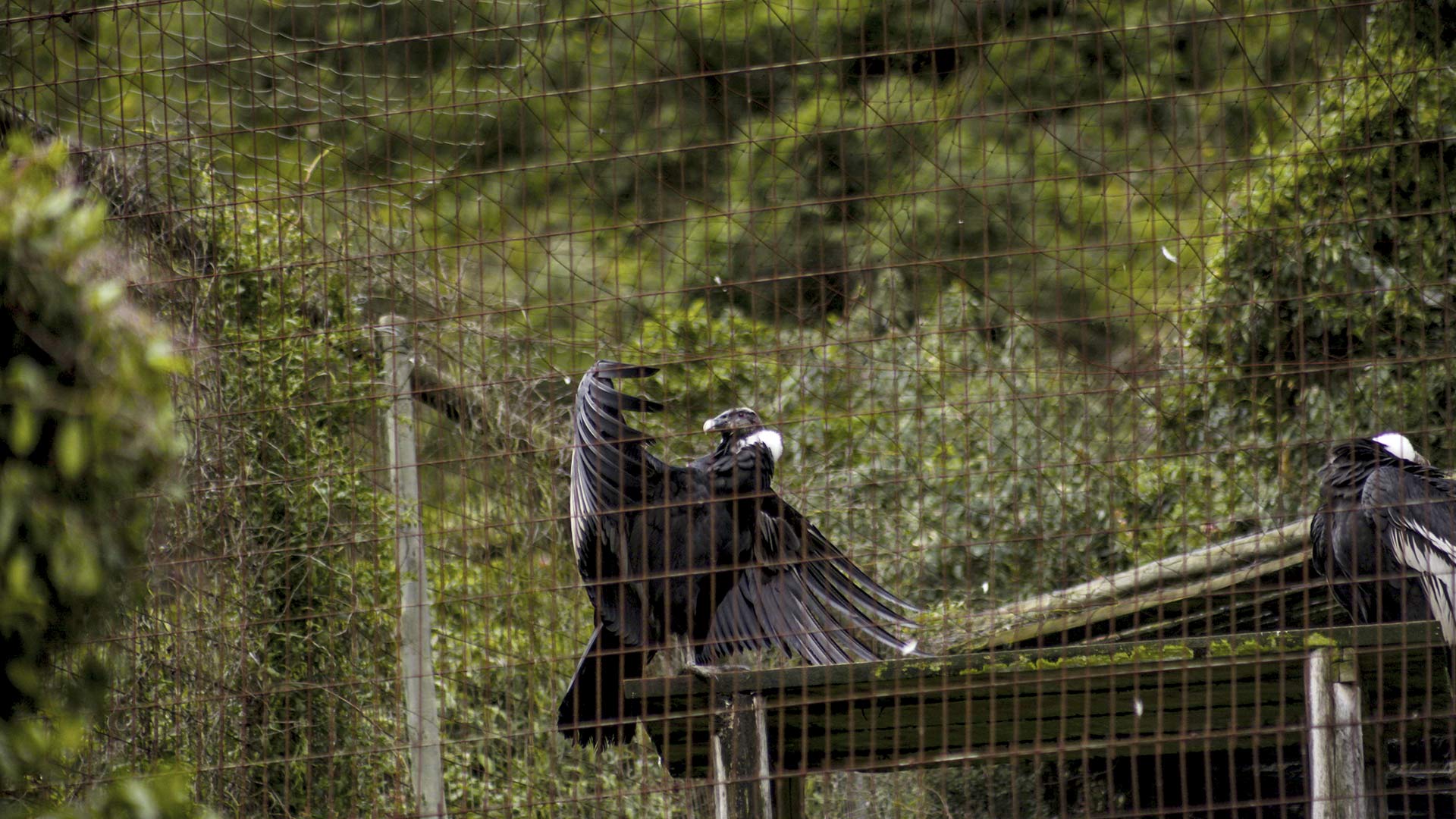