“Quito is much more than just its Historic Center,” says Verónica Sevilla, Quito Turismo’s General Manager, “it’s a whole universe of ecosystems, climates, traditions and contrasts. And the Center is much more than just buildings. It’s a place of living, breathing heritage and culture, of customs and markets, of locals going about their daily lives”.

Quito has changed with the times. In this Andean enclave, today, old meets new and fresh synergies are born. 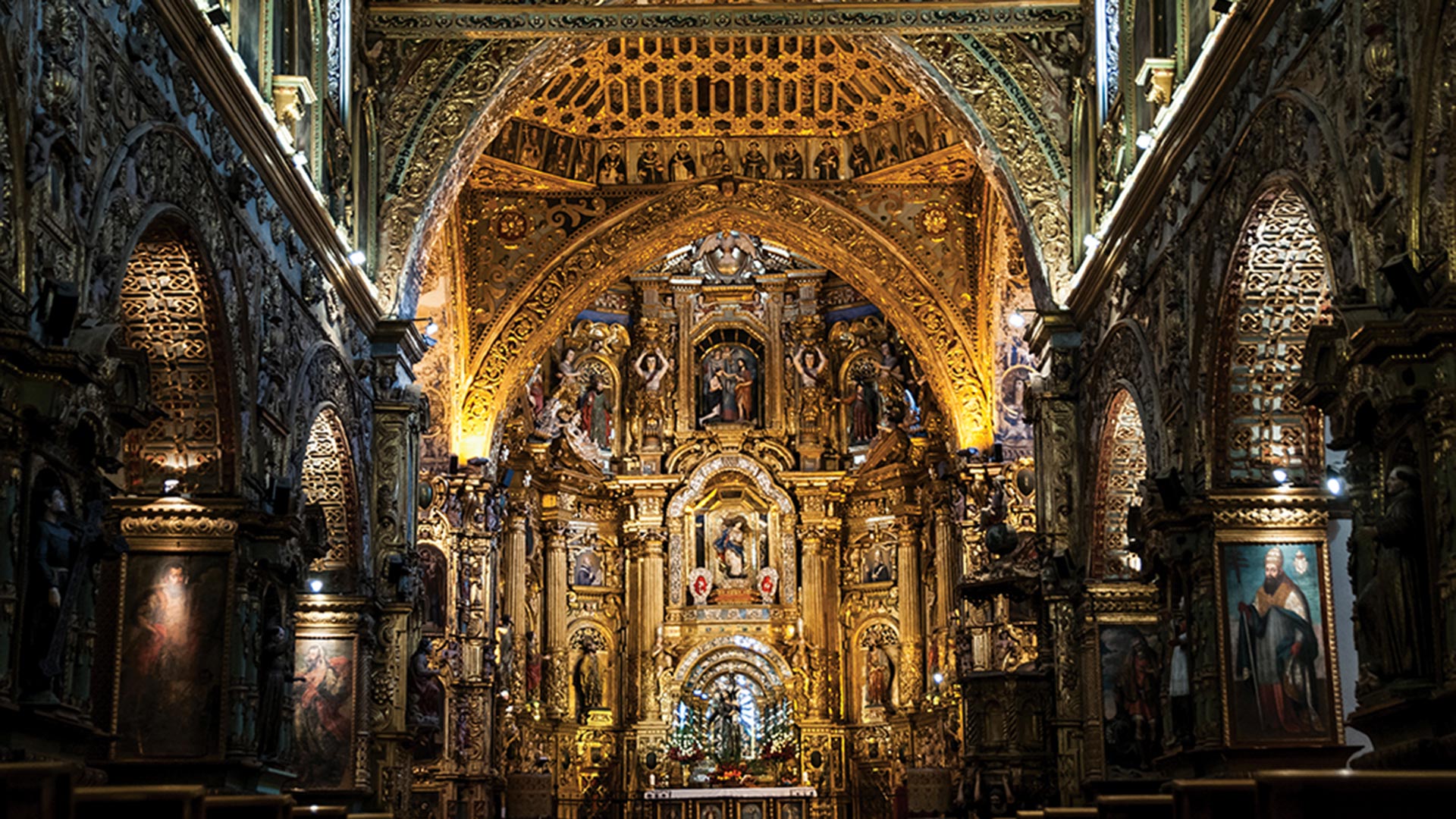 “Our aim is to highlight Quito’s competitive advantages to the modern traveler, ensure that their experience is all-encompassing,” says Sevilla, who has led the public company charged with the city’s tourism development and marketing since early 2017.

“Travelers today search for inspiration online, shop using ratings made by their peers, travel with their smartphones in-hand, share their experiences on their social networks. They want to be active participants in their journeys, not passive absorbers of facts and dates. They want experiences to live and remember, not just sites to tick off a list.”

The capital, in turns out, is remarkably well placed to make the most of this generation of visitors: a city nestled into the folds of soaring Andean peaks, whose historic center always delights and surprises, with its churches, museums, flower-filled courtyards and balconies, its traditions, people, buzz and beauty. Visitors encounter Ecuadorian cooking (and chocolate) for the first time. They enjoy the parks. They get a taste for young Quito, with its bars, craft beer pubs, street-food trucks, salsotecas and clubs. They dip their traveler toes in the hipster, green, alternative worlds that also co-exist here.

They visit the Equator and learn about the fascinating physics and astronomy at play here – as well as balancing an egg on a nail.

They climb the heights of Mount Pichincha aboard the cable car, mesmerized by the stunning high-altitude vistas, and revel in the possibilities for adventures in nature present on every cardinal point, where stunning orchids and shy bears await. 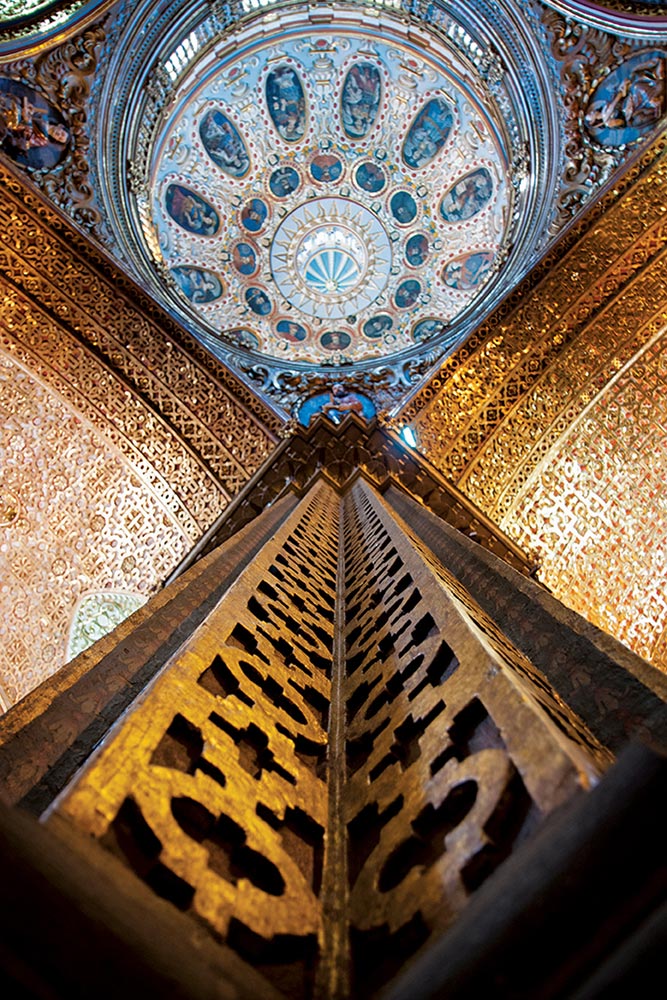 “Quito Turismo’s aim is to be present all along the visitor journey, providing curious travelers with all the information they’ll need to make the most of their visit, whether they are trip planning, seeking recommendations, exploring independently or sharing their discoveries with their friends and family.”

In line with the capital’s development – both organic and planned – as a tourist destination, Quito Turismo continues to aim high. Led by Sevilla, its ambitious objectives for 2021 include doubling the contribution of the sector to the city’s GDP, to a healthy 9%; increasing the average spent by travelers to $900; and increasing the average number of nights travelers stay in Quito from 1.5 to 2 – all through a series of programs that build on the work of the past as well as the infrastructure being built at present.

Quito’s new international airport to the east of the city, which celebrated five years of operations this year, has undoubtedly improved connectivity with international markets – with five new international destinations added – as well as providing a fitting first-impression for visitors upon arrival.

The goal is to improve airline connectivity by 16% in the next three years, an objective already partly reached by the addition of the Air Europa flight to Madrid and the Condor flight to Frankfurt, via Santo Domingo. 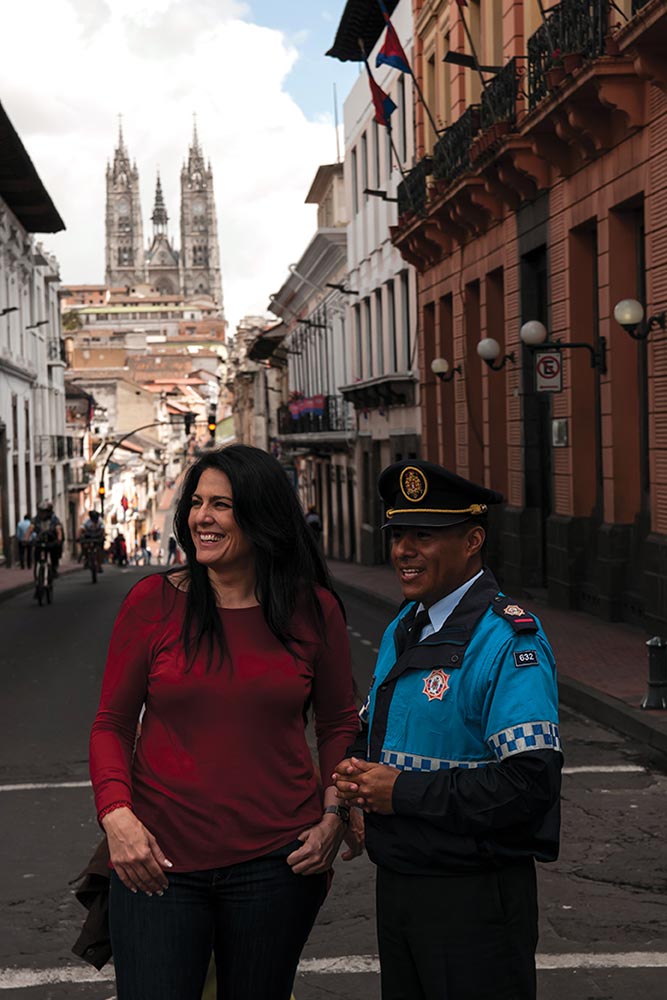 With the forthcoming opening of the city’s new Convention Center (see box), the future of the sector known as MICE (Meetings, Incentives, Congresses and Events) is bright. To take advantage of both this new space and Quito’s potential, Quito Turismo is working on creating a new public-private agency which will be properly funded, promote the destination and provide training for all levels of the industry. Improved connectivity, excellent infrastructure and transport, coupled with the city’s present attractions will all combine to capture more of this significant sector over the coming years.

An area where Quito Turismo hopes to excel is in the attraction of both domestic and foreign investment in tourism projects.

The aim is to attain $40 million per year by 2021, an increase of 12% since 2015. The city will provide a range of incentives to achieve this, accompanying investors along their road to creating jobs and adding to the city’s appeal.

This appeal in turn will be reinforced through a development program that seeks to strengthen existing tourist hubs – like the hyper-centers of the Old Town and La Mariscal – and dynamize others, such as the peripheral neighborhoods of the Centro and areas such as Guápulo, La Floresta and Cumbayá.

“Cultural activities are and will be at the heart of these initiatives,” says Sevilla, “with food, traditions, crafts, art, music and contemporary visions all part of a cultural agenda that will reinforce the capital’s positioning as a UNESCO World Heritage city of international stature.”

Of course, promotion is key to the success of these strategies. Quito will continue its presence in national and international trade events – with a refreshed prioritization of key markets – but also has ambitious plans for the digital world, so key in travel marketing today. Its new website and mobile app will be the central hub of this strategy as will the sealing of strategic alliances with a range of partners, from airlines to hotels to tour operators for joint online marketing promotions. 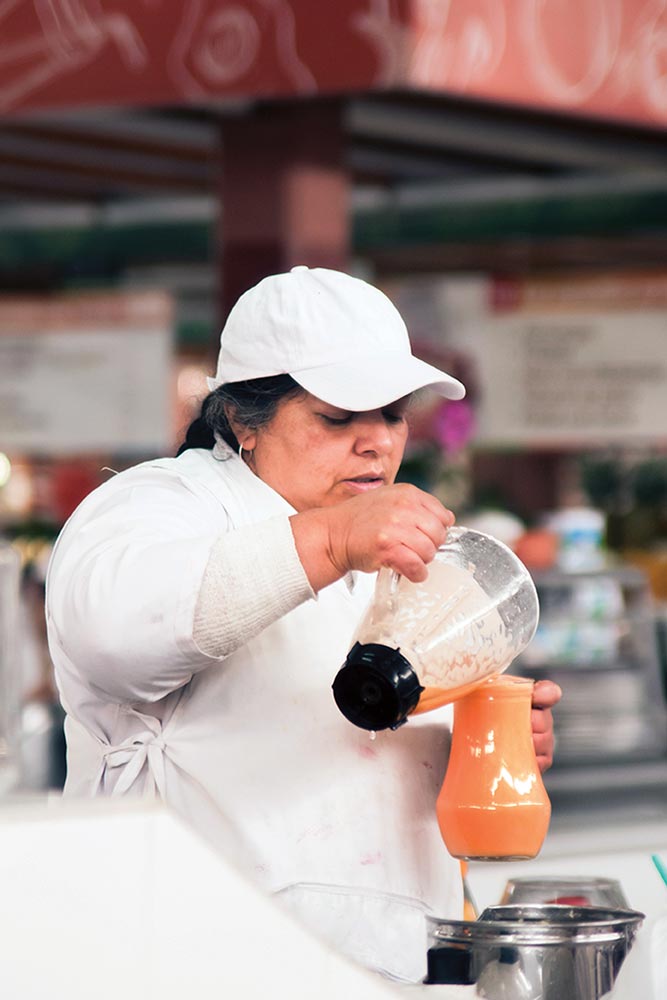 All anniversaries are moments to reflect on the past, and more importantly, to look forward. As we celebrate 40 years since the capital’s elevation to World Heritage Site by UNESCO, this is a great opportunity to project Quito into the future, to ensure the travelers of today and tomorrow – while being charmed, challenged and delighted by the city they encounter – are also connected with it in the digital realm, ultimately becoming its proactive offline and online ambassadors.

This is a vision of Quito’s tourism future that we can all share, achieved by both the public and private sectors, through partnership, planning, vision and perseverance.

Situated on land at the former airport, the location of the capital’s new Convention Center is strategic in northern Quito. It will be connected to highways and the northern end of the new Metro system. The convention center, set to open at the end of 2018, will have a capacity for 12,000. It boasts over 16,000 m2 of construction, designed for meeting spaces, ballrooms, a hotel, office buildings, on-site arena, conference rooms, service areas and escalators. All set within a striking modernist design in a striking open space.

With completion scheduled for the summer of 2019, there’s much excitement in the capital about its first underground Metro system. The 22 km single line will connect the north and south of the city, passing through the Historic Center. Journey times that at present take up to an hour-and-a-half will be reduced to 40 minutes, all enjoyed in swift comfort and safety by an estimated 380,000 passengers a day. Travelers and tourism businesses are sure to benefit from this new infrastructure, estimated to cost around $2 billion.

The long road to El Cisne

Steep slop...
Read more
At one with the planet

Camino real, path of the ancestors