Quinua, the wheat of the incas

The tall stems of the quinoa plant paint the world pink and purple. The dusky tones cover the base of the plant’s green leaves like pixie dust during the early stages of development. At harvest time, the seeds dry out and its hues turn red and turn yellow. A field of quinoa is a true rainbow, a mosaic that adds a colorful relief to the rolling landscapes of the Chimborazo countryside. 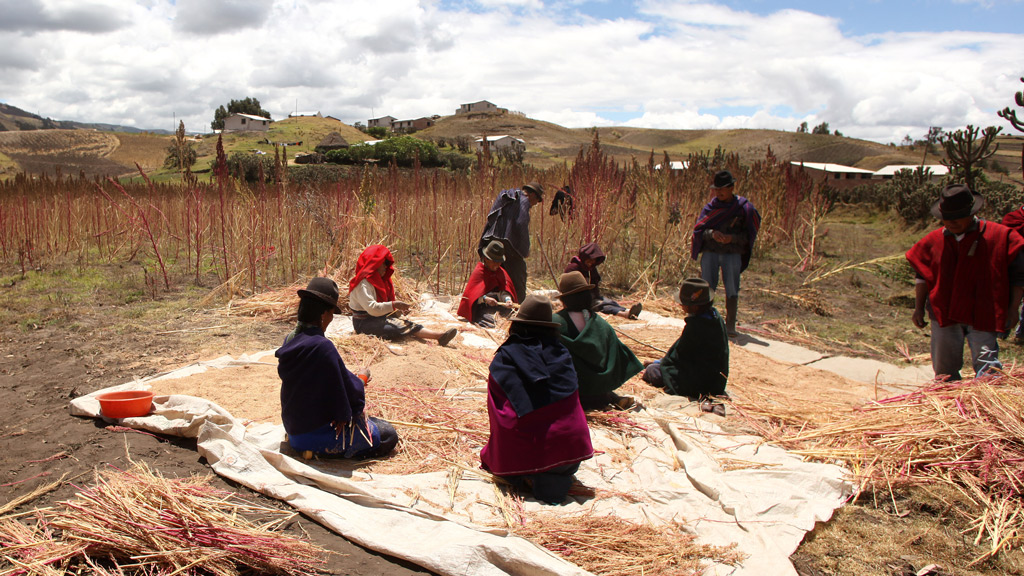 The province of Chimborazo is one of the largest producers of quinoa and, upon leaving the city of Riobamba, these beautiful fields cover large swaths of countryside along the road. The legume, with its eight amino acids, is easily digestible and a great supply of protein. In recent decades its nutritional value has drawn much international attention — NASA even wanted to implement it as its star food during space travel.

The superfood has a great history. Considered a sacred plant among pre-Colombian communities, Quinoa’s importance in the region cannot be understated. More than just a food staple, which is successfully used in many regional recipes, campesinos (traditional farmers) still believe in its medicinal properties today. In Inca times, specific rituals were dedicated exclusively to this species — some harvest utensils were made out of gold and some recipes were invented exclusively for Inca nobility. 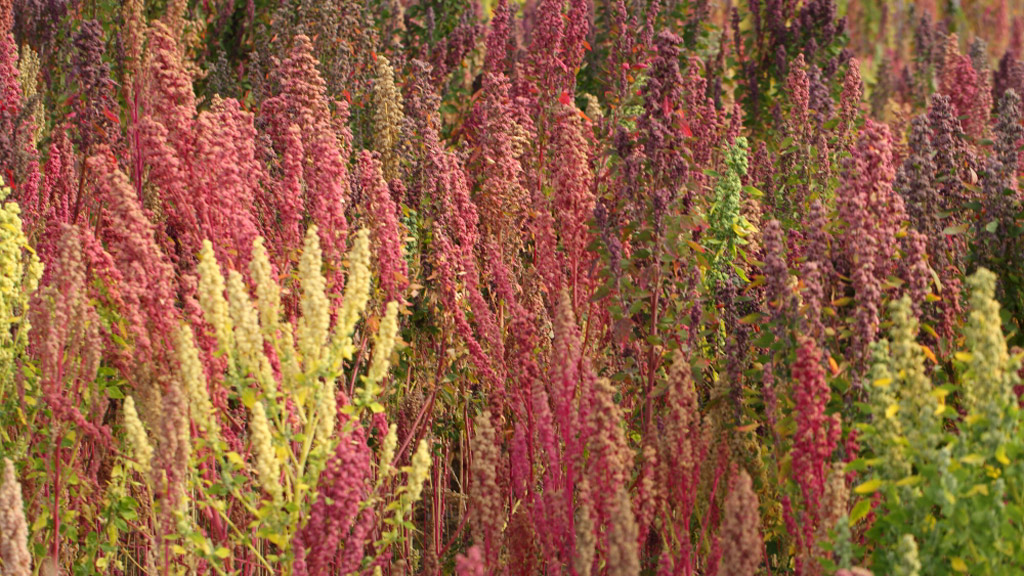 It is also heralded for its versatility. It can be dried and turned into flour, which is ideal for special breads and tortillas; toasted quinoa with sugar makes a delicious snack; salads are enhanced by its caviar-esque consistency; but most often, in small villages and farmer homes throughout the province, you find quinoa in hearty soups. It forms a truly glorious base that fills the soul with life, health and energy.

Fry the onion in the annatto oil. Add the rinsed quinoa and the water. Boil until thickened. Add the potatoes and simmer for 10 minutes. Add the milk and salt and pepper to taste. When the potatoes are soft add the grated cheese and liquidized peanut milk. Simmer for five more minutes and the soup is ready.