Only half an hour from Manta heading south, you’ll find an oasis of greenery and life amidst dry patches of palosantos, carob and ceiba trees; a place whose highest point embraces the clouds, collecting all its purity to sustain life in a drought-stricken world.

It is one of the most recommended visits in the Manta area for nature lovers, Pacoche, nearly 14,000 hectares, comprises a staggering variety of ecosystems, starting with its lush cloud forests that appear to magically spur from the dry scrub located at the foot of the hill. Its great diversity accounts for over 175 recorded bird species, a truly interesting evergreen habitat, where monkeys are present almost all year. the most common, the coastal Black Howler Monkey, always a delight to encounter. As we move lower in elevation, dry forests and scrub span the area, where suddenly you catch sight of stunning bright red and pink bromeliads. 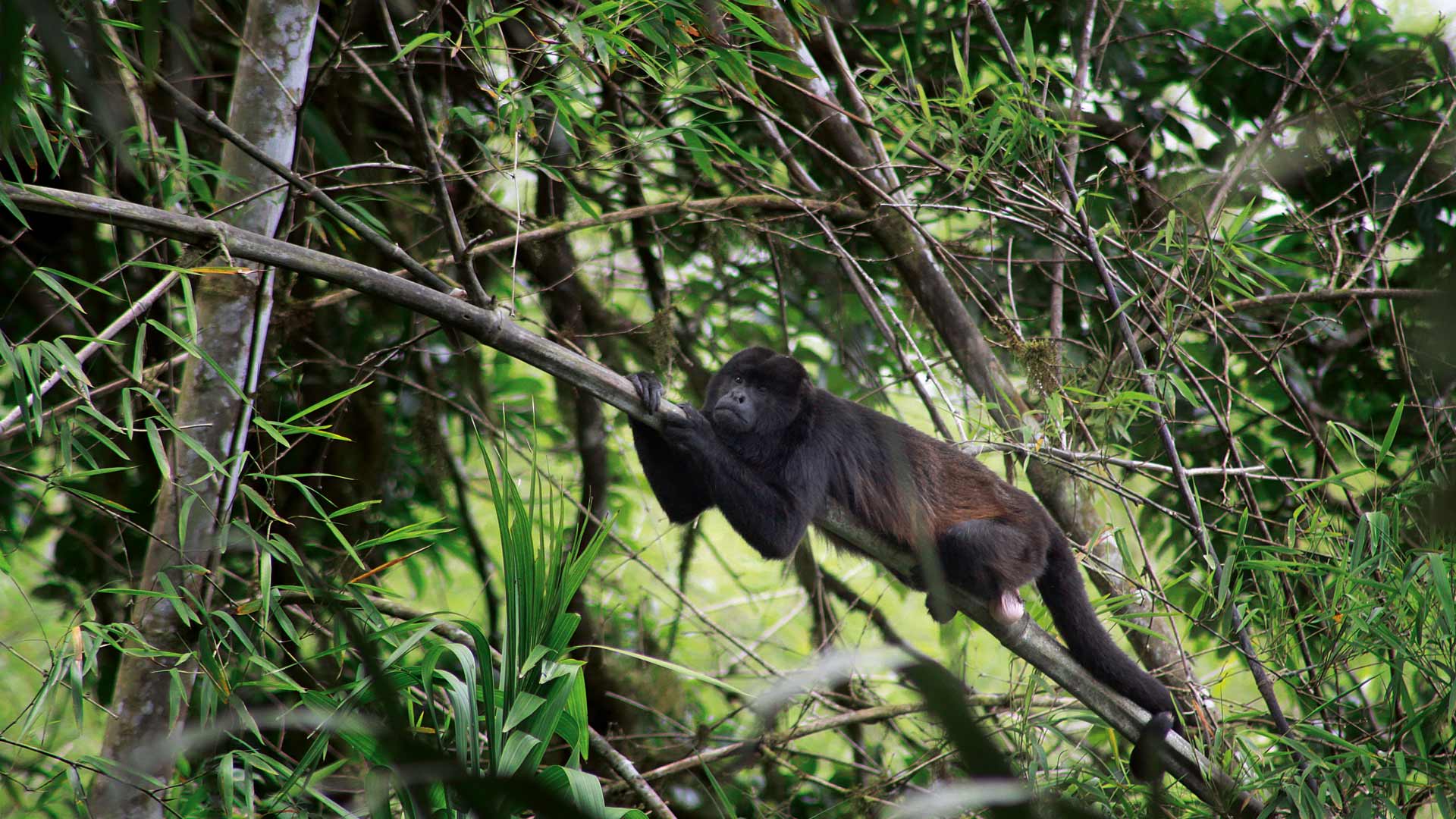 Several cliffs and vantage points offer spectacular views that offer an almost didactical view of the pantone of ecosystems that range from the deep green forests, to the gray and brownish deciduous zones, to the dark brown rocky coast and light brown sand and the deep navy blue sea. For those looking to feel the energy of the waves, or just wishing to lie on the sand in the sun near sea turtles’ nests, Pacoche also has a wonderful beach, the most accessible for visitors in San Lorenzo.

This shore is home to an important community of Olive Ridley sea turtles, which year after year build up to 200 nests, laying eggs in hope of prolonging the existence of its species.