In the midst of lush jungle, the secret legacy of Amazonian “cuisine” seems to linger, whatever that cuisine may entail. It is complex to understand, because it is not governed by the traditional concepts of globalized kitchens. It is made not only of colors, aromas and a diversity of flavors from a land as diverse as one can conjure in one’s mind, it also carries an ancestral legacy with it, a ritual that goes beyond the chef’s table.

This is a territory colonized by Ecuadorians from other parts of the country, from the mountains and the coast, and many of the region’s idiosyncratic dishes are full of nostalgia. This is how, for example, the most province’s most popular dish — the non plus ultra of the Puyo kitchen — was born: the volquetero (or ‘trucker’s delight’). The ingredients include sweet plantain from the Coast, tomato, onion, lupin and chulpi grains from the Andes, and tuna fish (in a can!). Although it is a wonderful example of culinary miscegenation, it is not really a true Amazonian dish at all. In fact, it doesn’t have a single Amazonian ingredient.

So, let’s explore a little deeper. Indigenous cultures are keepers of age-old recipes and preparation processes. These are dominated, in many cases, by ritual… dozens of rituals. For example, women must prepare the chicha maize beer; but not just any woman is allowed to do so. They say that when you drink chicha, you connect with the spirit of the woman who made it.

From the selection of ingredients to the preparation of the actual dishes, Amazonian cuisine is interwoven with these rites. For example, some people talk to the potatoes to know what to sow and where to pick the fruits at certain specific times of year so that they don’t lose their sweetness… some people wrap their food in a specific number of leaves… others pray and sing when cooking to honor their guests.

To this, we must add the unique seasoning of this land: Amazonian salt, “sacha inchi”, Amazonian garlic “sacha ajo”, yuyo, yucca leaves, patamuyo (white cocoa) and black pepper, to name the most prominent. Amazonian cuisine is not only varied and versatile, it is new to most people. It contains secrets bound up in the cook’s upbringing, involves ceremony and love, as well as encapsulating the essence of the unique nature of a place that very few people have ever experienced. The possibilities are prodigious and endless! 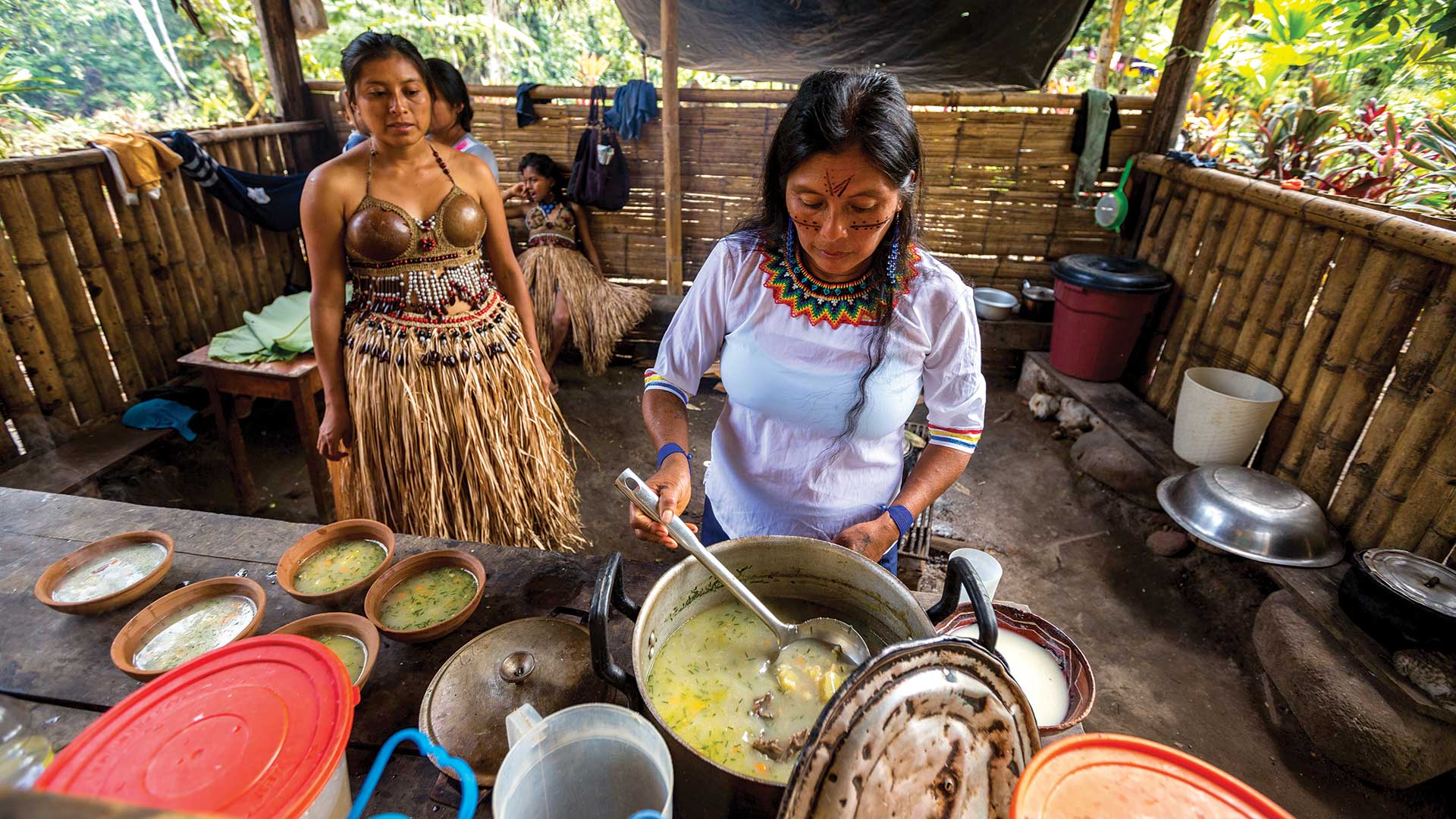 In Puyo, chef Juan José Aniceto directs the Ankukuna School of Culinary Research and Training, a center that promotes new ways of understanding Amazonian cuisine. Its name could well be understood as “resistant roots”: Amazonian recipes that have survived for thousands of years.

The culinary game in the Amazon Basin, in any case, is changing. Today, the desire to value truly traditional dishes has grown, in line with the interest in ancestral cooking methods (such as wraps and grilled dishes). This Amazonian renaissance also focuses on the use of local products (green plantain, cassava, papa china, arazá, chonta), as well as creating menus in tune with natural harvest cycles (communities are governed by sustainable agriculture, without monoculture).

While on the one hand, this recovery of heritage grows apace, on the other, glimpses of artful haute cuisine techniques that employ local products is also on the rise: sauces with arazá, papa china purées, chonta-palm cakes… This school seeks to combine the best of both worlds, and make a powerful end-product out of it. You needn’t go far to recreate a cuisine full of history, rich in tradition and extremely experiential: something much more symbolic than a delicious dish; a cuisine that is also a memorable cultural experience. 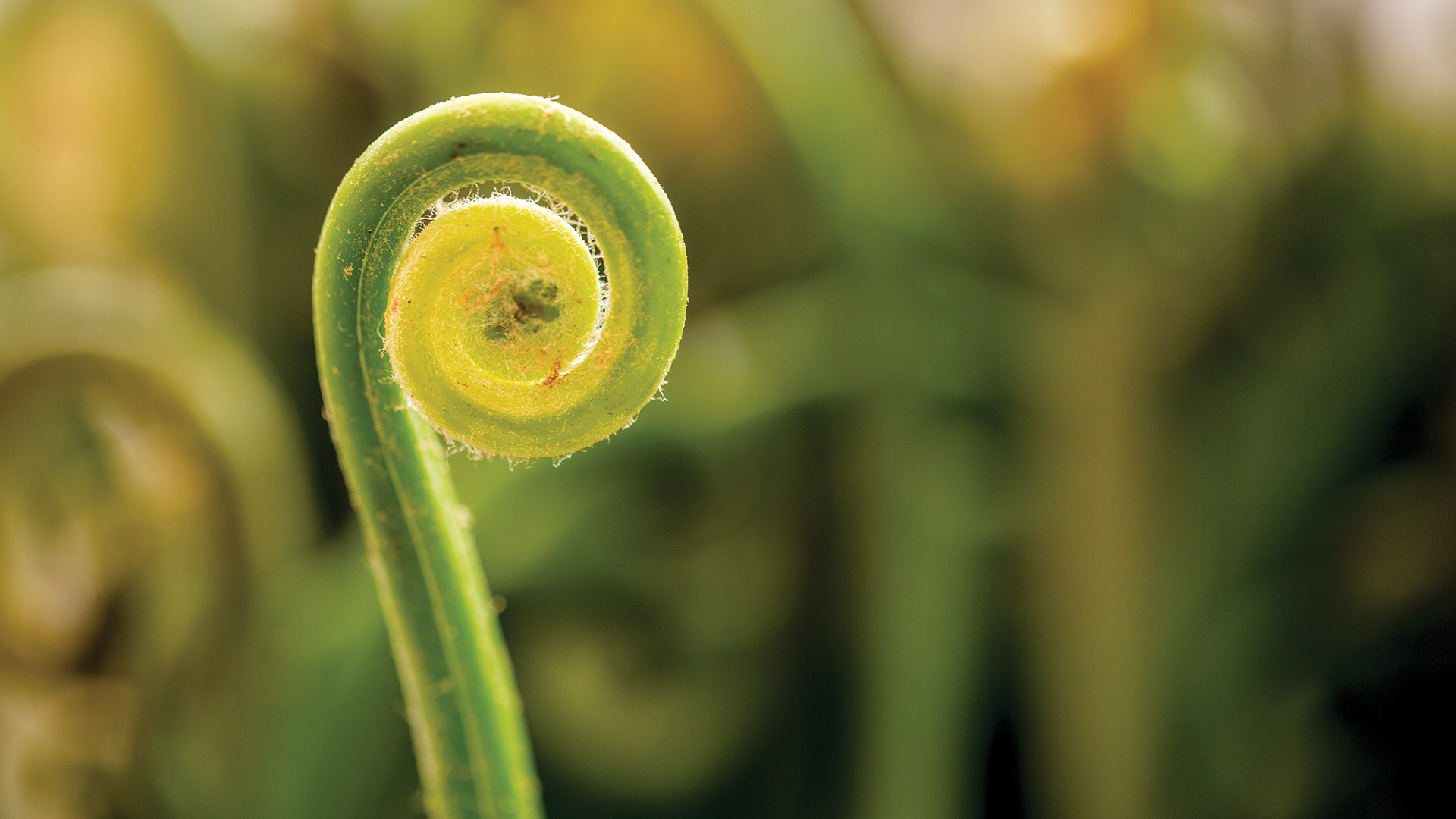 The territories of the various ethnic nationalities in Pastaza are not necessarily divided by politica lines on a map. Many nationalities extend across more than one province, and their cuisine is no exception. Among the many popular Amazonian dishes, we find:

The maitu or maito (fish steamed in palm leaves): a wrap that includes local river fish, such as carachama or bocachico (the Amazonian species), grilled in five bijao leaves (tied together with toquilla palm straw, the same palm used for the Panamá hats) and spices (including sacha garlic and salt).

The ayampaco: also a wrap cooked in bijao leaves, but made with chicken. This is a clear example of how history and food are linked: when the Capuchin monks came to these lands in the latter decades of the 18th century, the fish was duly replaced by domesticated fowl.

Casabe tortillas: these yucca patties (the yucca is grated and then squeezed of its liquid), whose dough is dried in the sun, cooked in a clay pot… one by one, like pancakes.

Guayusa tea and ‘Jamaica flower’ tea: both are made with the leaves of the respective trees. Guayusa is a natural energizer (its benefits can last all day and it’s not addictive) and the second is highly refreshing.

Uchumanka: a soup made with heart of palm, with previously smoked fish, chili pepper and the sweet ‘white cacao’ or patasmuyu. Its name means ‘spicy pot’ in kichwa.

Neapiraca: A Waorani broth made with cassava juice (which has previously been bled of its starch), black pepper, fish and salt. The custom is to eat it sitting on the ground, around the campfire.

Chicha de yuca: the Amazon’s ancestral drink par excellence. It is not really conceived to get one drunk. The true effect is focused on creating greater sensitivity in your body. If someone offers a bowl of chicha and you don’t accept, in a matter of seconds, the community will cover you in the drink. Many visitors are suspicious of drinking chicha, because they think it may might make them sick or they don’t like the idea of drinking something that’s been chewed by another person. The process does involve people chewing and spitting yucca into the mix (the enzyme in saliva begins the fermentation process), but after three days of fermentation, there is no remnant of saliva at all. However, it is important that the water used to make the chicha is clean.