Dressed in their unique and striking traditional attire, retai­lers in Otavalo are world-traveled businessmen and women who profess an offbeat assembly-line culture. There are the dyers, the weavers, the embroiderers, the sellers, the buyers, the distributors, the mere transporters, the managing directors… Sanae, for example, who week-after-week knits scarves and baby hats next to her stand on the northwestern corner of the Poncho Market, has never left Otavalo. She doesn’t even travel to Quito. There are people for that, who sell at the Artisanal Market in La Mariscal. Others, like Cristina, on the market’s south side, has been to over 10 countries in Europe alone. She sells in Barce-lona, Antwerp, Berlin, Rome, Amsterdam… she’s done the Union Square Fair in New York over a dozen times. She’ll be leaving to Madrid in the fall.

Inspiration for Otavalan designs comes from everywhere. From M.C. Escher to Scottish tweed, from Hindu embroi­dery to pre-Columbian motifs… Otavaleños keep a watchful eye on fashion trends, while reproducing their most popular items a million times over. If you are patient and have a good eye, you’ll spot that special, completely unique pon­cho, sweater or tapestry… 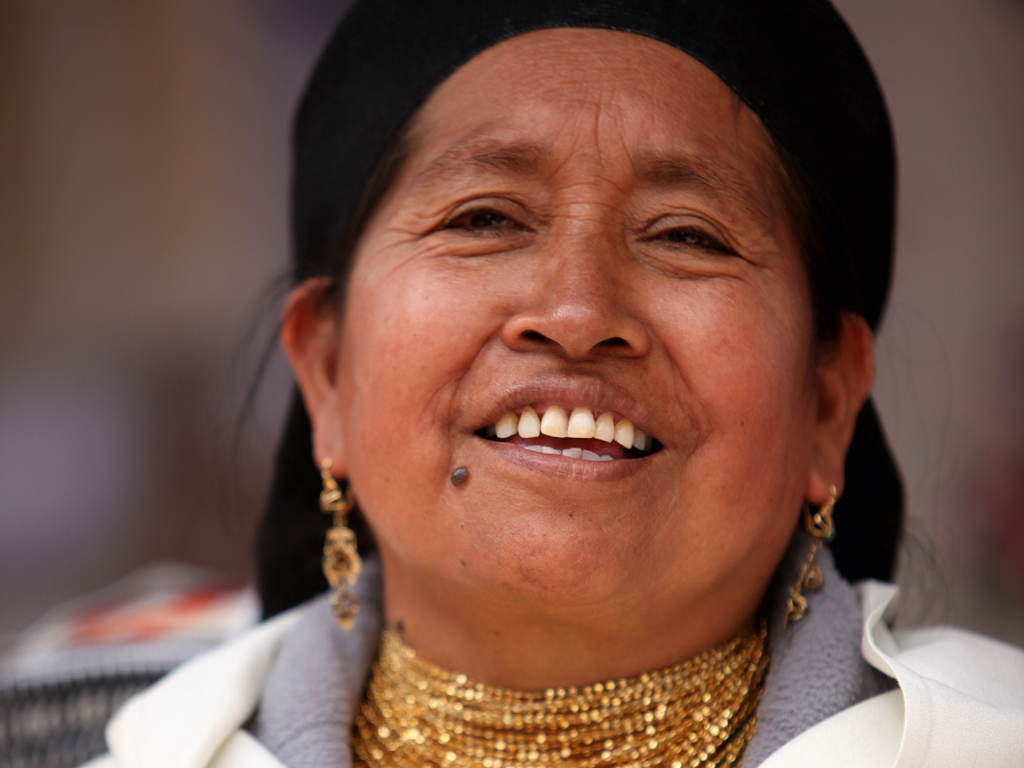 Some believe Otavaleños are the closest example we have today of Incan dress and attire. Others think that the entire Otavaleño people were brought by Inca Huayna Capac to settle the Cayambe area and acculturate the dominated groups. Otavaleños are definitely elegant, very proud of their traditional clothing, with strings of gold beads around their necks indicating hierarchy amongst women and beau­tifully embroidered ruffled blouses. Men sporting clean, uniform blue ponchos, light pants and characteristic long braided hair are their distinguished counterpart…

Today’s world-famous market relocated from the muddy outskirts of Otavalo to the current Plaza Centenario in the 1930s. People would arrive to the textile market from every corner of the Ecuadorian Andes — from northern Carchi to southern Loja — and as early as 7 am buy up every last piece of clothing being sold. The rest of Saturday would focus on selling livestock and food products, and traders from the immediate area would gather to stock up for the week. This continues to be the market’s essence, even amidst the tourists, something you can witness early on Saturday morning if you head over to the Livestock (or Animal) Market (on the western ring-road).

Guided more or less peacefully on a rope leash by their owners from farms in the outlying hills, pigs, goats, llamas, sheep, horses (etcetera) crowd the dirt-covered expanses just outside the town. It’s only 6 AM. A lot of it is friendly barter, but heated arguments can be sparked by the price of a hen or a rabbit. Guinea pigs, those cute furry creatures Westerners keep as pets, are priced at around a dollar and famously cooked rotisserie-style to become one of rural Ecuador’s delicacies. 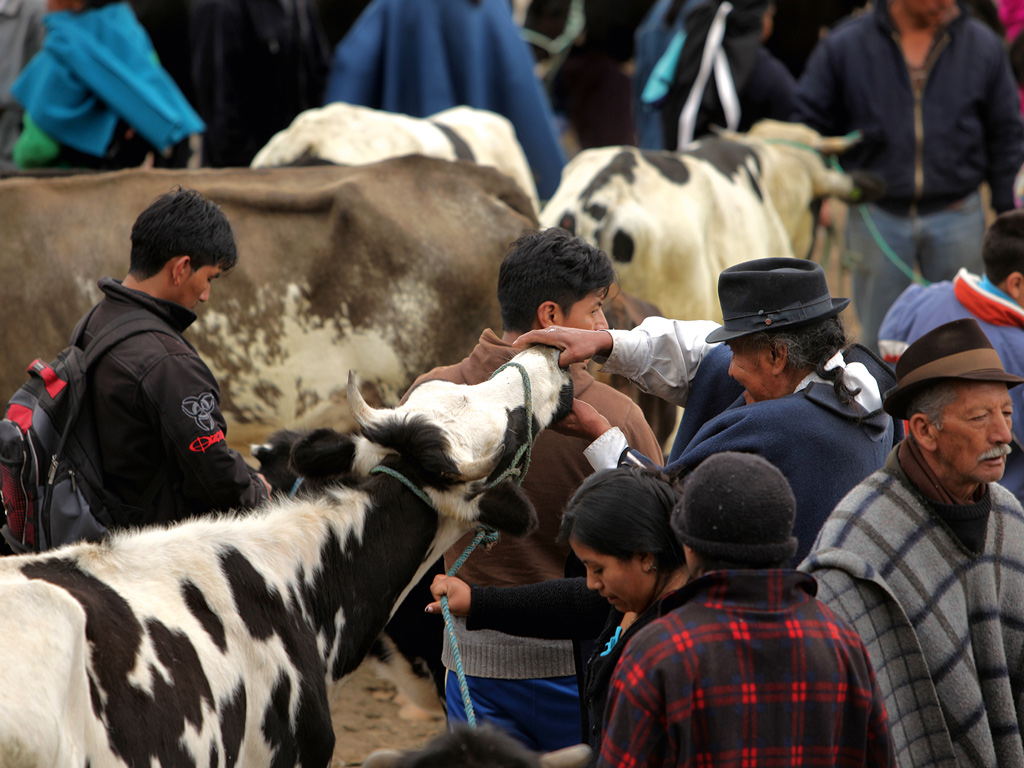 Back in downtown Otavalo, truckloads of produce are efficiently unloaded onto the Municipal Food Market’s stands (Mercado Municipal). Innumerable quantities and varieties of fruits and vegetables are stocked, children help their mothers fill bags with corn and potatoes, cabbages are thrown from pickup trucks to able receivers below, older men carry boxes of tomatoes on their backs, while women neatly organize their kiosks preparing one-dollar bags for a quick sale.

By 9 AM, Poncho Plaza (several blocks north) is in full swing. Apart from the tapestries, rugs, pillow- cases, hats, scarves, shawls, throws, tablecloths, and much more, grab a potion to rid yourself of your wife’s jealous rages or pick up the latest panpipe top-of-the-charts CD.