There is an orchid that confuses a species of fly: the plant’s interior makes the fly think that it will find a colony of aphids inside (insects that suck on the sap of plants), the ideal place for the female fly to lay its eggs. When trying to lay them, however, it falls into the flower. There are no aphids, of course, only the natural pigment of the orchid. The fly doesn’t die (it probably only gets mildly annoyed), but as it makes its way out of the trap, it inadvertently pollinates the flower. 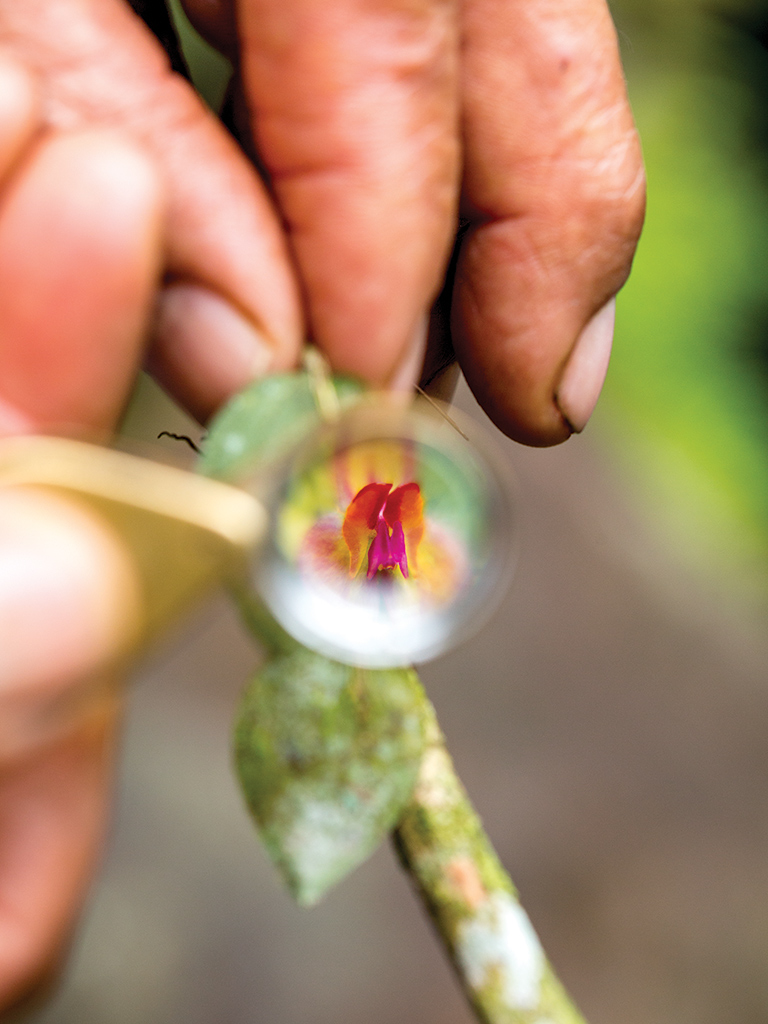 This is only one example of how deceptive orchids can be. They are one of the most mischievous species in the Amazon rainforest. When they disperse their seeds (a million dust-like particles), these have to land on a certain type of fungus, which they will also deceive in order to feed off it and create a plant. If the seeds don’t reach the fungi, they won’t thrive, since a particularity of the orchid seed is that it does not contain any food for the embryo. It has no energy, it is merely an open cluster of cells. For the rest of their days, fungus and orchid will live in symbiosis (imposed, of course, by the orchid), the fungus receiving carbohydrates in exchange for the orchid’s minerals.

Other orchids have little to no nectar, although their appearance would suggest otherwise — at least, that’s the trap butterflies fall into when they spot an orchid and imagine a succulent dish. They flap in and realize too late that no such banquet exists. The orchid, once again, has been pollinated. Why don’t any of these insects learn their lesson, you might well ask. Well, to begin with, the life of a butterfly is not very long, but these deceptions are also testament to the biodiversity of Amazonian forests: they are so inconceivably diverse that the probability that a species will be deceived by an orchid more than once in its lifetime is also infinitesimal. 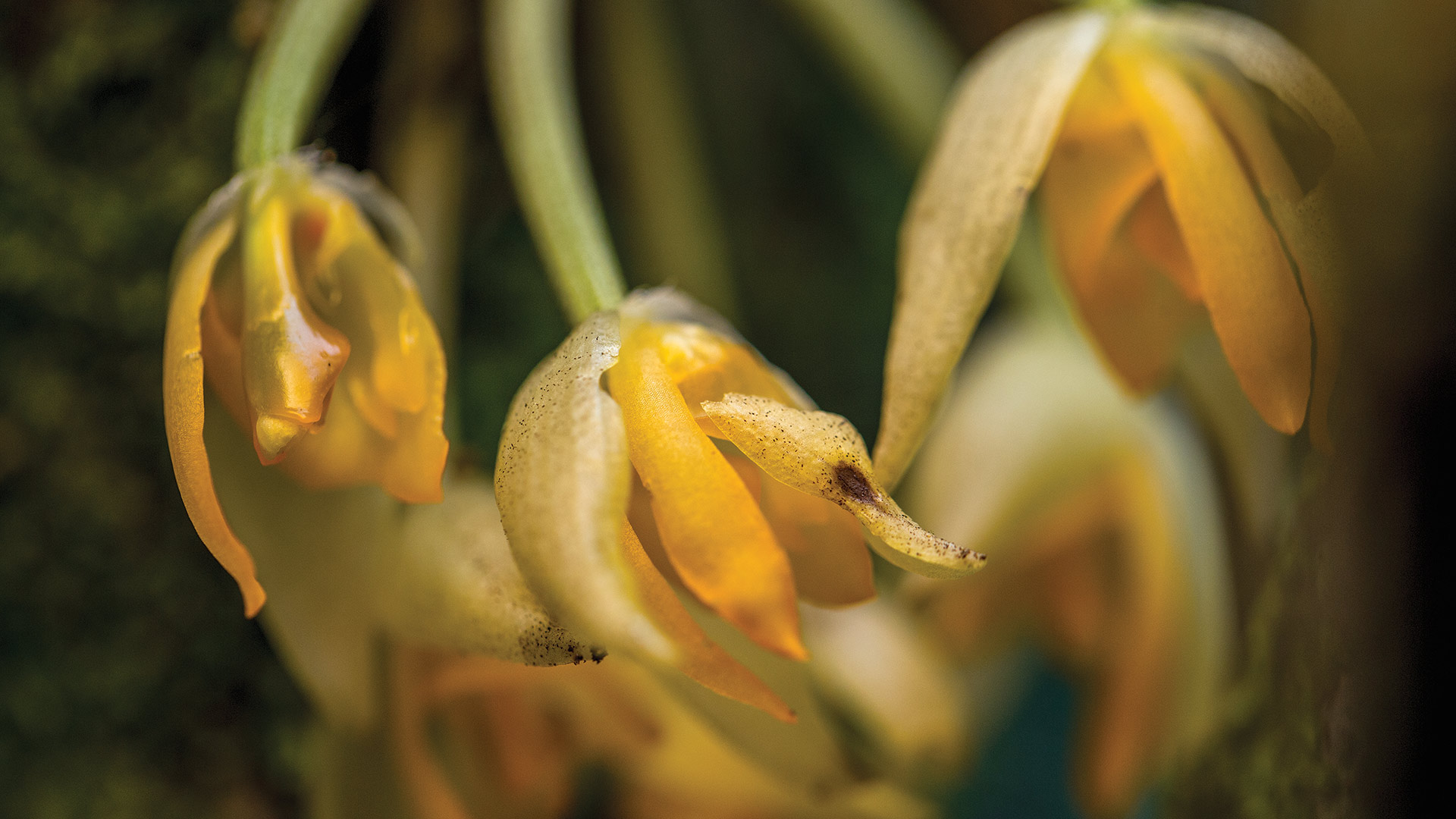 Orchids are part of a family that is perhaps the most diverse floral family in our country. In fact, today, Ecuador is considered the country with the most orchid species in the world, with over 4,200—no mean feat for our tiny nation. And the province of Pastaza is a vast territory particularly conducive to megadiversity. According to Lou Jost, one of Ecuador’s leading orchid specialists, one of the reasons for the high number the diversity of local microclimates, added to an astounding geological diversity at the base of the Pastaza River watershed. One can find volcanic earth, clay, limestone, even granite. Around these formations, the presence of unique species is very high.

Lou has discovered and recorded about sixty species of orchid. Some — including the smallest in the world — have tiny flowers the size of the tip of a ballpoint pen. “You have to rummage through moss, checking for anything that isn’t moss, to find them,” explains Lou.  As well as their beauty, orchids are guides to hidden biodiversity hotspots: they are so endemic that finding a new species of orchid usually leads to the discovery of other new species. “When you find new orchids for science,” says Lou, “you also find new species of frogs, other plants, even trees.” 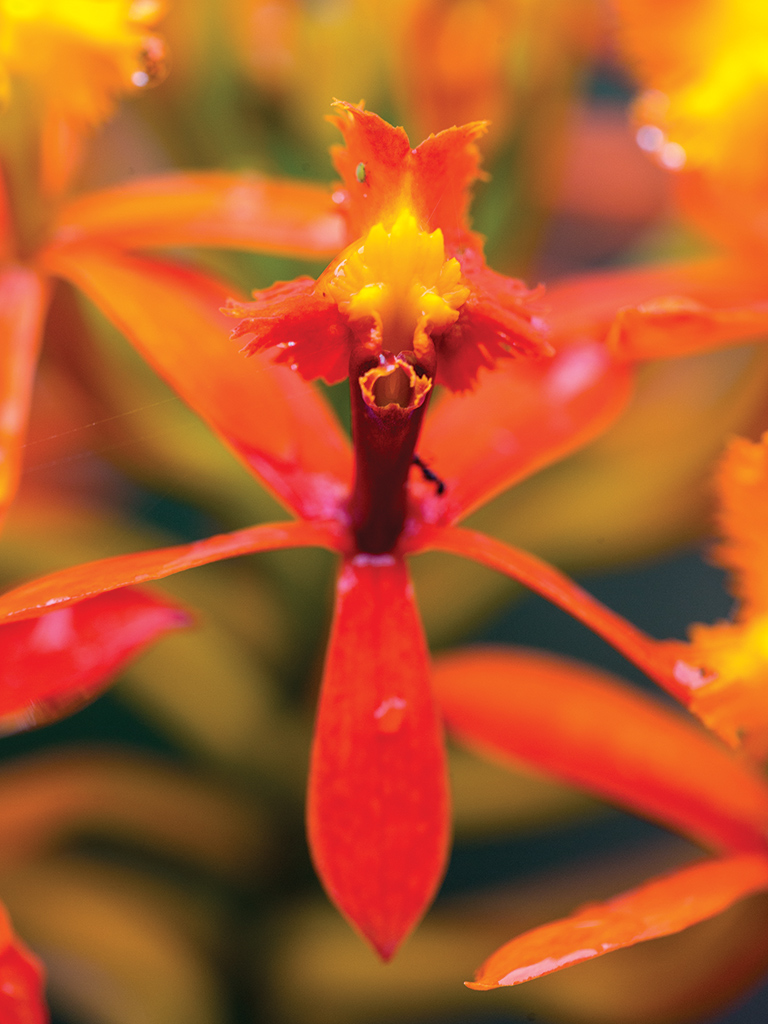 Even today in our Internet of Things era, when everything seems to have been discovered and genetically modified, orchids remind us that there is still so much to discover. Encounters with new species, previously undescribed by science, in Pastaza province and the Amazon Basin are a regular occurrence. If we take action to protect these forests, especially those with high endemism, perhaps we will continue to enjoy the awesome reach of Ecuador’s unfathomable megadiversity.