They call it the ‘mora de Castilla’: the Castilian blackberry… though it really is the Quito blackberry, a blackberry that was officially described for the first time in 1845, but was not new to Quiteños. They had been enjoying its spectacular taste since youth.

Today, few remember that more than a hundred years ago, Orangine created its classic ‘bubbly drink’, concocted exclusively from fresh fruit… And that one of its star products was its blackberry, or mora, version. Ecuadorians have always demonstrated great affection towards their fruits, and this fruit in particular, which made the mere concept of ‘bubbly juice’ a hit back in the day.

It was 1914. The tradition of a good fruit juice in a place where fruits are so delicious and abundant like Ecuador was suddenly endowed with a modern, addictive twist: bubbles.

Drinks with ‘bubbles’ already existed and were beginning to take hold in Ecuador, no doubt. But none focused as much on the taste identity of Ecuadorians as Orangine. The Orangine beverage line was created in the factories of Cervecería Victoria (a Quito beer company that opened its doors in 1885, a year before Coca-Cola was founded).

The concept had an immediate impact, especially since Ecuadorians could still enjoy their favorite fruits in an attractive new presentation. Other flavored drinks included naranjilla (another Ecuadorian endemic), lime, apple, and strawberry, all of which became very popular. By the 1940s, the company needed a factory dedicated exclusively to producing Quito’s classic Orangine soft drink.

Orangine has kept the tradition alive and continues to produce 100% natural sodas from the fruits that Ecuadorians are most passionate about. It may seem like your regular ‘soda’, but deep down inside, it holds a deep identity and a unique flavor, the flavor of our generation’s past. And among other things, the unique, incomparable deliciousness of our beloved Quito blackberry! 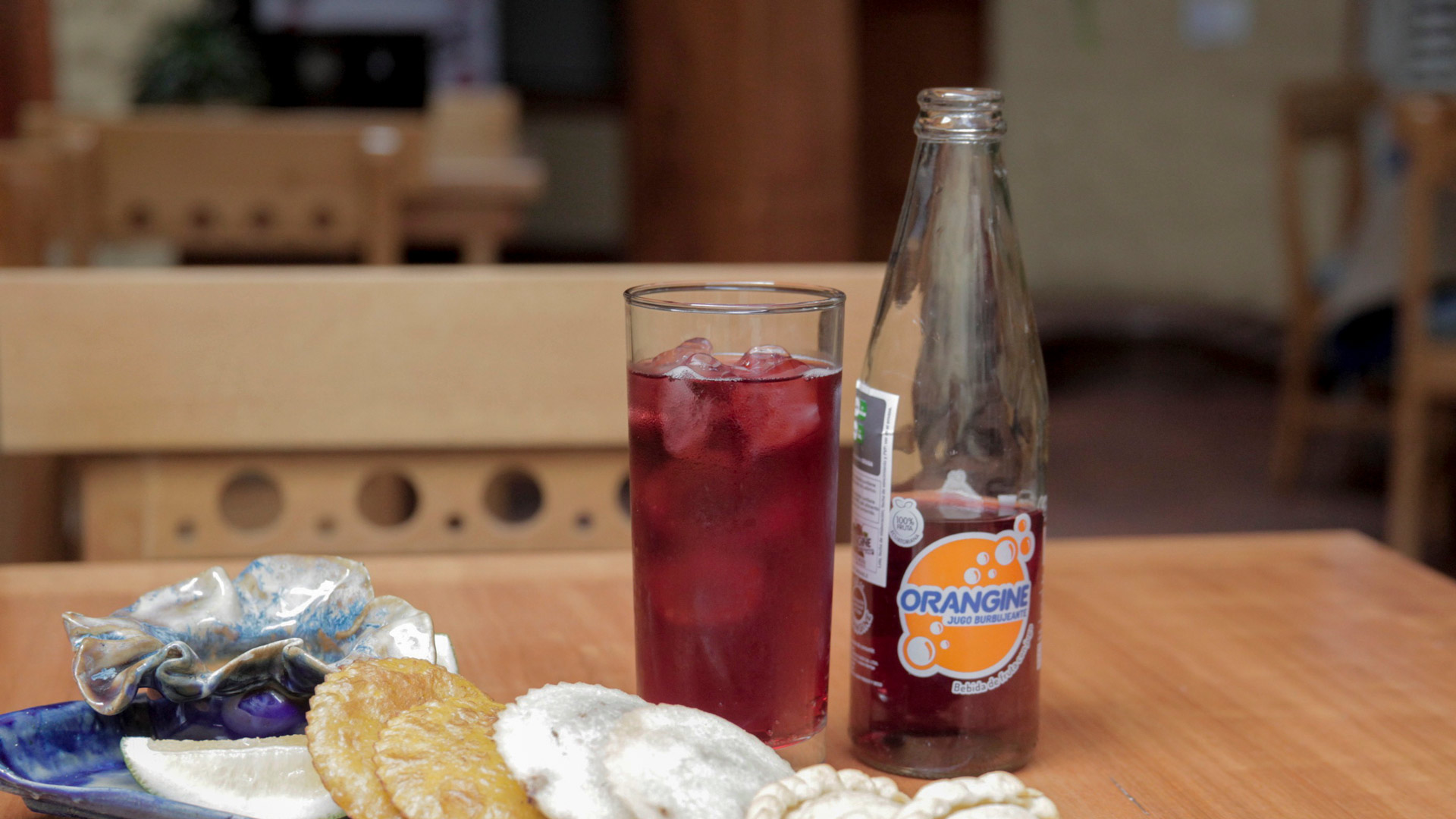 Learn more about this proud Ecuadorian brand at www.orangine.com.ec