No city is an island

Nobody seems to like being called an island. It appears sandy coastlines and palm-fringed beaches are a prerequisite in the popular imagination. But Cuenca is so unique and incomparable –and in the end, so autonomous, too– it is hard to ignore the analogy. Ilán Greenfield paddles out to its shores to investigate.

“They’ve made us an island is more like it”, half-joked Gladys Eljuri, one of Cuenca’s most prominent figures, when Ñan visited the Fundación Municipal Turismo para Cuenca that she runs with commanding drive. “I wish people would start thinking of Ecuador as a whole”, she continues. And this, in itself, reminds us of an age-old complaint Cuencanos have forever had to come to terms with… and been forced to overcome: nobody has really paid much attention to Cuenca. So Cuenca has had do it all herself.

She is a city geographically cut off from the rest of the world due to Ecuador’s broken topography, forced to look at herself only from the inside. Perhaps what best illustrates this reality is the unmistakable lilted Cuencano accent that can’t be found anywhere else: not to the north, south, east, nor west! Theories trace the roots of this lilt back to the mitimaes system, an Inca policy of transporting entire populations to a newly conquered land in order to establish a stronghold and acculturate the people. This could feasibly have caused a schism in speech if the incoming group was large enough. Other theories posit that the Cañari culture was that different and isolated from other groups itself. But the truth is, after three hundred years of colonial history and two hundred of Republican history, the Cuencanos diction is as potent as ever. 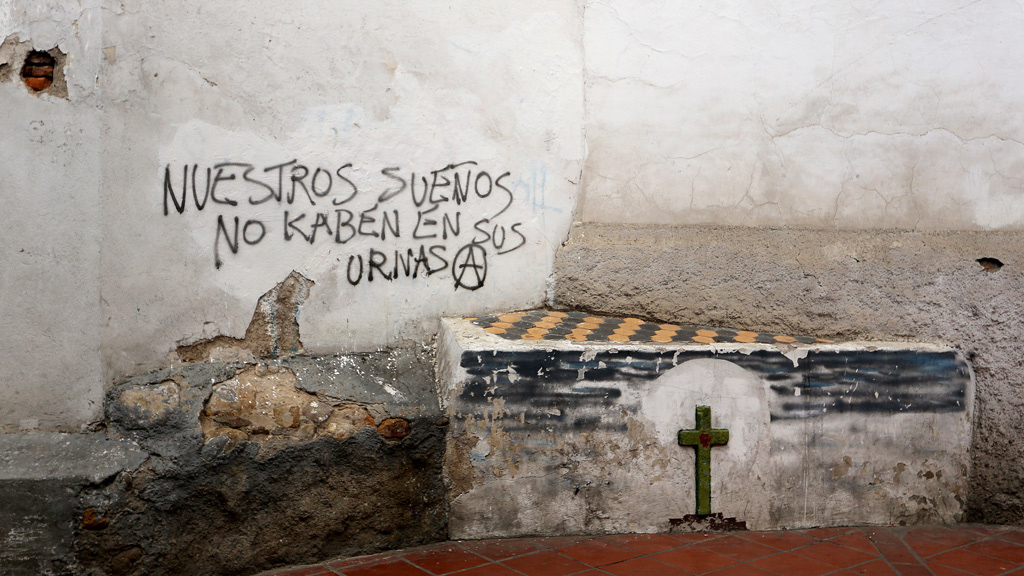 The mere idea of isolation, however, seems to be contradictory, since here we find an almost opposing force within the city –a gift of sorts– exemplified by a modernist worldview: the constant search for connections with other latitudes far beyond Ecuador’s borders. I, personally, had always been under the impression that Cuenca was the epitome of what we call un pueblo grande, a big village, implying a small, cohesive, almost inbred society, scarcely influenced by the outside world, extremely tradi- tional and painsta-kingly conservative. Everyone is tucked up in bed by 8 PM… For Alexandra Kennedy, one of the country’s most highly-regarded historians –a Quiteña, who, incidentally, has made Cuenca her second home– this is all part of a bundle of myths from within and without.

“One of the most obvious misrepresentations,” she tells me, “is that isolation somehow means that Cuenca is a conservative, ultra-religious city”. Although it may be true that there are 52 churches here, ‘one for every Sunday of the year’, I’ve walked past walls of anti-clerical, pro-choice graffiti hard-hitting enough to make even an atheist look twice. It’s striking to think that a pro-choice movement like this one would struggle to get off the ground in so-called cosmopolitan cities like Quito or Guayaquil. “Cuenca is seen as inbred in nature, where everybody agrees on everything, but Cuenca (who knew?) is a politically active, curious and modern city. Its population is in constant debate. There are intellectual feuds as to how things should be done all the time,” explains Alexandra. “I guess that’s why cafés in Cuenca are such a culture; they’re places where you put your ideas on the table”.

Cristóbal Zapata, one of the city’s leading poets and director of the La Lira Foundation, an entity that promotes poetry in Cuenca, reminds us that cafés were central to the creation of Cuenca’s literary history at the turn of the century. “The phenomenon reached its apogee in the 1920s, becoming the biggest, most important creative movement our city has seen. But pretty much from the outset, there was an intellectual rift between the traditional romantic poets and the gutsier modernists. And that all came about as the city’s physiognomy was being transformed during the construction boom…” during which a romantic city was being built on top of a colonial one, a romantic city that clearly prevails to this day. The myth of the placid backwater is well and truly busted.

This boom was largely the result of the economic expansion brought about by cascarilla (quinine) exports, and later by the paja toquilla hat trade. “The truth,” claims Alexandra Kennedy, “is that thanks to these commodity items, Cuenca seized a golden opportunity to bypass Quito, connecting herself with the much more exciting world of the United States and Europe.” As Cuenca became economically self-sufficient, its society was injected with bright, new influences from the first world. It didn’t need to import trends from the larger Ecuadorian cities to feel the hit of development. 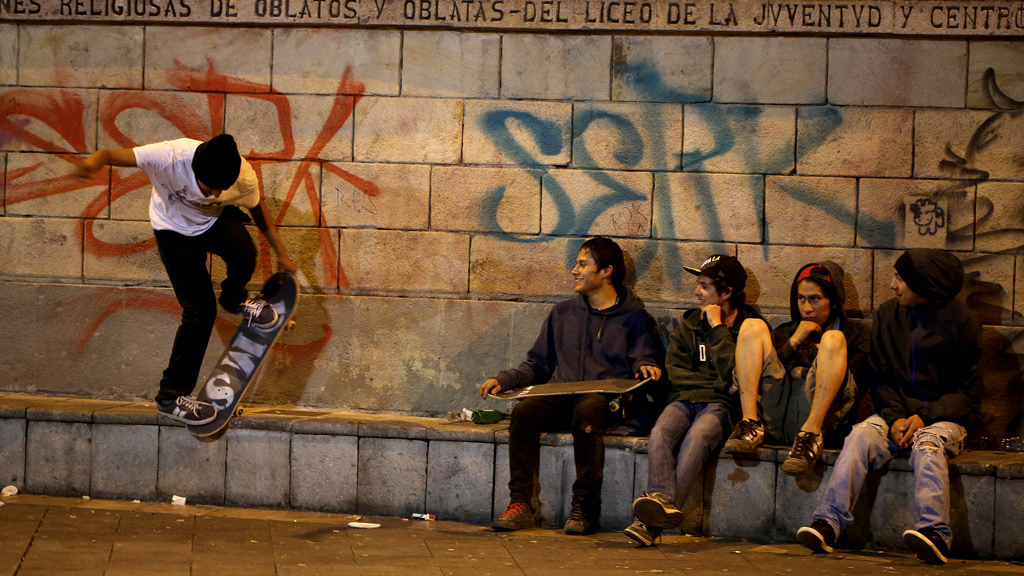 Left to its own devices, and ultimately unin- terested in what the rest of the country might

someday allot it, it’s little wonder this enterprising people have figured out successful waste management, planning to avoid slums, blueprints for greener mass transportation, one of the most successful water management systems in the country… not to mention that two grand-scale international cultural events (the Art Biennial and the “Lira” Poetry Festival)     –far more ambitious, broad-minded and international than any other such effort in all of Ecuador, cosmopolitan cities and major ports included– take over the city every couple of years!

It’s a fabulous feat for a valley cursed by isolation, an island cast out amid the tumultuous seas of the Andes. But as Cristóbal Zapata would say, the feat truly lies in the city itself, the city that naturally, perhaps by the will of the Gods, or by the luck of a million and one circumstances coming together, created a heavenly, tranquil, inviting, inspirational blip in Ecuador’s map. So compact, tightly-knit and finely balanced… she may very well have reconciled herself to her fate, able to embrace the future like few cities in the world today.

Manuel J. Serrano, an icon of early photography in Cuenca, was in fact a doctor who discovered his passion for photography amidst remedies and test tubes, becoming fascinated by fixing points in time and space, and ultimately, substituting his stethoscope and prescriptions for developing chemicals and the infinite charm of light. He shot events, people and landscapes of his surroundings and of his time, practicing photography as one of his life-long passions.
Share
Facebook
Twitter
Pinterest
WhatsApp
Previous article
The Bienal
Next article
Taking a stroll from Catedral Nueva