About five minutes after we enter Muya, Tatiana Castillo manages to define the project tellingly. She calls it “a cooking clinic”; she also calls it a “workshop”; she even calls it “home” (and technically, it is, at least the second floor is, but we also interpret “home” metaphorically). She says Muya is where she truly “found” herself.

Tatiana, with all her charisma and energy, is only half of the Muya equation, which is complemented by Cecilia Cedeño, born and raised in Portoviejo and the creator of this delicious novelty in Manta. “With Tatiana we’ve been talking about what type of food we make here at Muya, and we conclude that Muya is could be defined as ‘cuisine amongst friends’. That is how it all started, with the sincere and unconditional friendship that was born back in 2010, miles from our homes, in the city of Buenos Aires,” recounts Cecilia. Both Tatiana and Cecilia were students that Mariano Moreno Culinary Institute of that city. Since then, they share the same concept of combining homegrown culinary wisdom with “haute cuisine”. 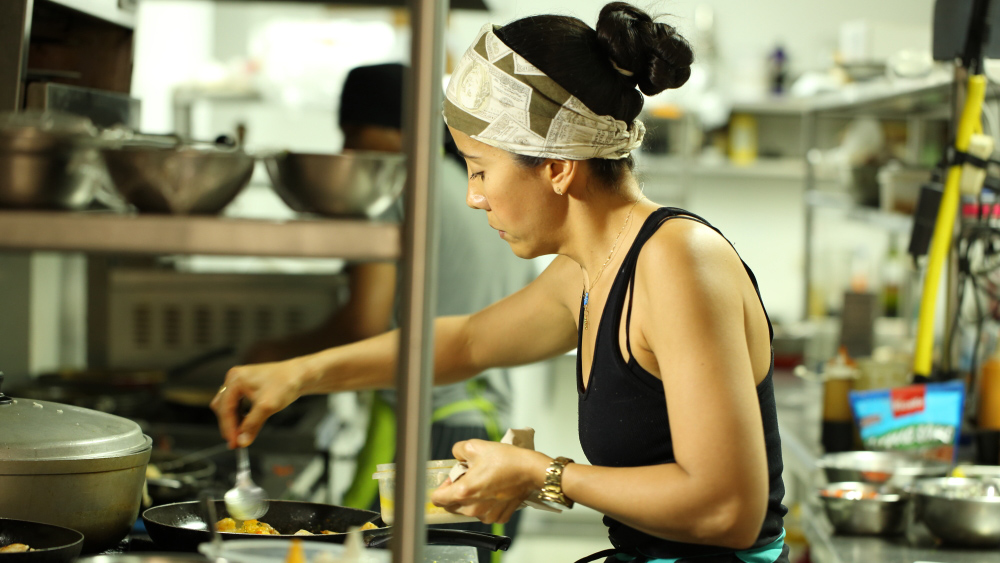 Muya, by the way, means garden in Kichwa. The restaurant is actually built on what was once her family’s vegetable garden. After her culinary studies at the same institute Tatiana attended, where they became friends and where, in a way, this shared project came to be, Cecillia set out to administer her own restaurant without any idea of how to actually be successful. All she had was her good taste, her love of food, her love of fresh ingredients, her curiosity for flavors and textures.

The menu speaks volumes. It is an inventory of the similarities between the two chefs, but it is also a reflection of the affection they feel for one another and for the culinary team they have created at Muya, hired one by one “not because of their résumés, but because of their attitude.” The “boys” began with them, just as inexperienced, but motivated to pull through and create a truly innovative culinary experience in Manta. Any of them have been in Muya’s kitchen since day one.

Muya’s menu is a combined effort. There is even a dish inspired by one of the reastaurant’s waiters, Edison Muentes, called the Muentes Tenderloin (Lomo Muentes), with a delicious Malbec wine-and-honey sauce, or the tasty “Sopea’o Bailón”, created by Pedrito Bailón, who offered one of his favorite family recipes. There is also the Coctel Pionce (Pionce Cocktail), a blend authored by head chef Cristian Pionce, who also contributes with the Longaniza casera, a concoction created by his grandmother. 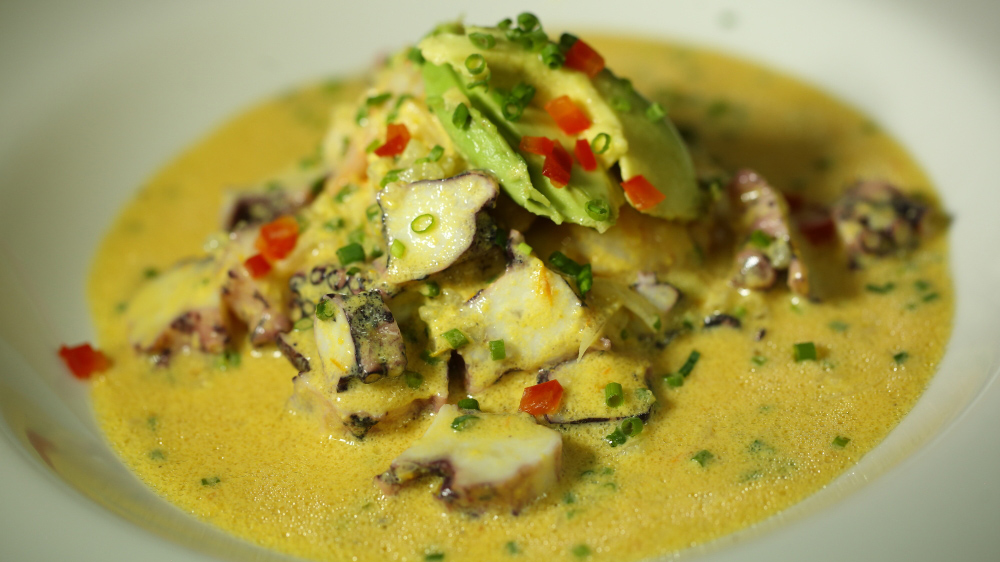 There are other recipes that come from friends of the family, such as the Mexico Mío Soup, which honors Mexican colleague Rodolfo Miranda, or the Pulpioto Herrera (Herrera Octopus), a contribution from Colombian friend, Juan Felipe Herrera. You find Moroccan ingredients, such as couscous; Hindu sensibilities, such as cinnamon in the rice; oriental flavors, such as ginger; Peruvian influence, including the ‘leche de tigre’; special dishes like the Tataki Montubio, seared tuna slices with peanut salt (a spectacular dish).

“And that is how every day new ideas come about,” explains Cecilia: “from food-loving friends, from the mothers of friends, from a day at the market, from a craving, from a scent that reminds us of something, or the simple desire to share what we are and what we believe in, through flavors and food’. And so we say, every dish at Muya, has a story. And every story deserves to be relished.