Peru’s Martín Chambi is considered one of South America’s great photographers and for the first time in 30 years, Museo Casa del Alabado in Quito’s old town has gathered only original photographs to recreate a mesmerizing exhibit of his work.

Martín Chambi is one of South America’s foremost photographers. A pioneer in Peru of portrait photography, he also famously documented the city of Cusco, where he lived and worked for fifty years, always in the spirit of turning it into something grander. Into art, of course, though Chambi also stated he wanted Cusco to become a worldwide tourism destination through his photography, a groundbreaking concept at the time, for sure.

Born into an indigenous family in the southernmost portions of Peru, north of Lake Titicaca, in the impoverished mining town of Coaza, Chambi rose from the most dire, humble origins to become a shining star of Peruvian art and culture. Andrés Garay, curator of the exhibit, tells us more:

What is it about Chambi’s work that is so moving?

I would say that when Martín Chambi pressed the shutter button… it wasn’t the first step of his creative process. It was the last.

The camera is a means of recording, but as a recording device, it obeys the intellect. He who decides what will be recorded is the photographer. And that’s very clear in Chambi.

When the photographer also becomes an interpreter, he becomes a creator, an inventor, if you will. It is paradoxical, not because he is documenting a place like Cusco. But because Chambi is actually reinventing it. It becomes his Cusco. His Machu Picchu.

Usually a documentary photographer will avoid shadows to reveal information. Well, Chambi does exactly the opposite, incorporating shadows to create enigma, mystery, to make something of what is hidden.

But the documentary work is not only the result of emotion. It is the result of a series of rational steps and a clear objective: to reach Machu Picchu, for example, with 30 glass plates.

In his time, one could not just shoot to shoot… He’d probably reach Machu Picchu with 24 plates, since he’d break six on the way. He had to go by mule, climbing up irregular terrain. So, every act of pressing the shutter must have been almost sacred. There were so many aspects in play prior to his final decisions, thos final photographic acts of saying to himself: “yes, this is what I want to shoot”. 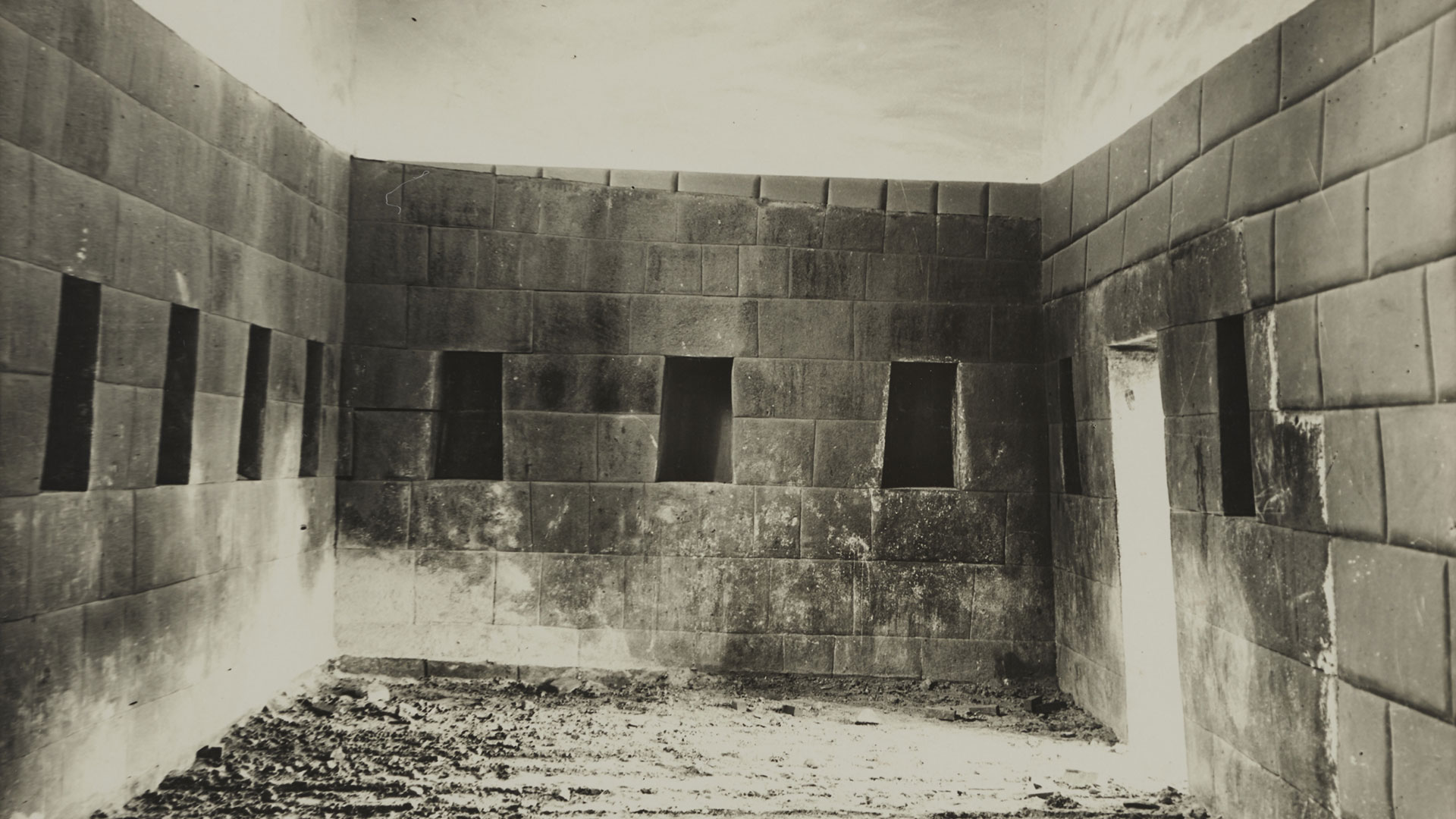 So, who was Martín Chambi?

People think he took Cusco’s first postcard pictures… and that’s not true. That he was the first person to photograph Machu Picchu. That isn’t true either.  That he was self-taught. None of these things are true.

Chambi was born to a poor family in the eastern Andes of Puno, a region south of Cuzco. His father had died, and his mother sent him to the most developed city in the Peruvian south: Arequipa.

At about eight years old, when he arrived in Arequipa, he began working for Max Vargas, at his photographic studio. Max Vargas was southern Peru’s most renowned photographer. At the time, he had his studio in Arequipa’s main square.

Chambi learned many things there. Among them, he learned to adopt the bourgeois codes of the city. He always wore a suit, a tie, slicked hair. He was a dandy. Perhaps Vargas had told him to be that, since they were photographing members of high society in Arequipa. But the case and point is that he always looked elegant.

That didn’t bother him. He acted the part. And he also had a great business sense of photography, which is elemental to understanding Chambi’s work. Chambi is a professional photographer… Not a self-taught amateur. Chambi learned photography’s business model to the tee.

So, when he reached Cusco and opened his own photography studio, he was already sophisticated, prepared. He was talented, intelligent, he spoke Spanish. He was indigenous, but had also been gentrified.

He concentrated many socio-cultural stories within himself, stories that made him. He was a synthesis of what was happening at the time and what had become public debate, for example, in terms of nativism, the indigenous within society.

That is interesting because it moved his work and with his own racial/social background and the blend of cultures he embodied, he also developed a new gaze, an original, unique, sensitive perspective on light and shadows.

He was also aware that Cusco was seeking to develop tourism and to enter the global market. And he noticed Cusco had true visual potential. That it could be shown to the world. And that vision is fascinating, because he became a maker of images that possess a deep cultural impact for the city of Cusco, and for Peru as a whole in the eyes of the world.

Today, documentary photography is understood basically as a way of documenting situations. Because of the training he had, because of the influence of his master Max Vargas, and because he was indigenous, when faced with vestiges of ancient civilizations, for example, he was probably moved to the bones. He thus developed and began his creative process from an authentic vantage point, one that was uniquely his.

Well, you can say that about anyone, of course, but the things that happened in his life, from his birth to his time in Arequipa and his arrival in Cusco, it all made him aware of his own photographic eye and his indigenous background with respect to the subjects he was photographing. In Chambi’s documentary photography, we are bound to find documents with a strong interpretative essence. 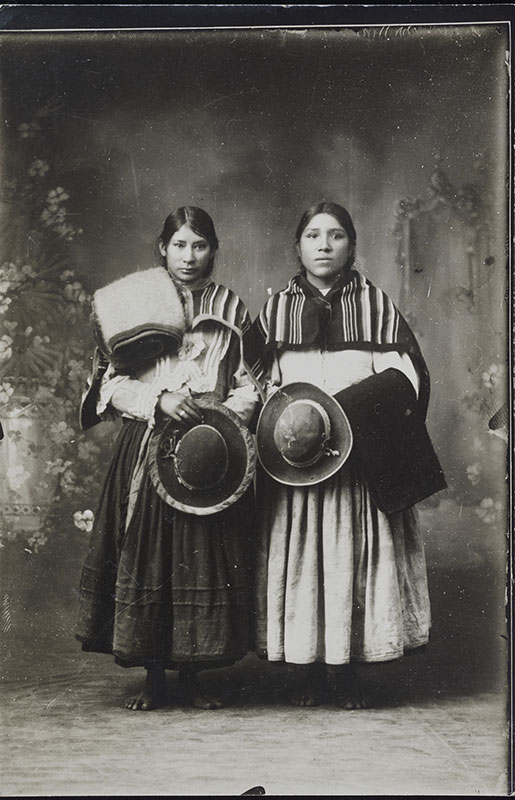 How does this exhibit captivate his overall oeuvre?

These are all original Chambi photographs, which is a landmark in the history of post-Chambi exhibits organized around the world. This exhibit is not made to satisfy an expectation of grandeur… It was constructed to respect the context in which each photograph was taken, born from the photographer himself. It is also interesting that the images, in their time were presented on different supports: postcards, portraits, large format posters, etc. If you bring an archaeologist, an architect, an ethnographer, a journalist, a painter or even a sociologist, I assure you that they will take away precious material for their own studies. That’s the magic of someone like Chambi. He concentrated many fields into one.

It is very enriching from an aesthetic standpoint, but also from a cultural standpoint. Because Chambi created all this for the enjoyment of a very wide audience. Not for people from Cusco or Peru alone… But for everyone. And since Quito is a very Andean city, I think there’s something in terms of the experience here that you won’t get just anywhere else. So please come. You will not regret it. 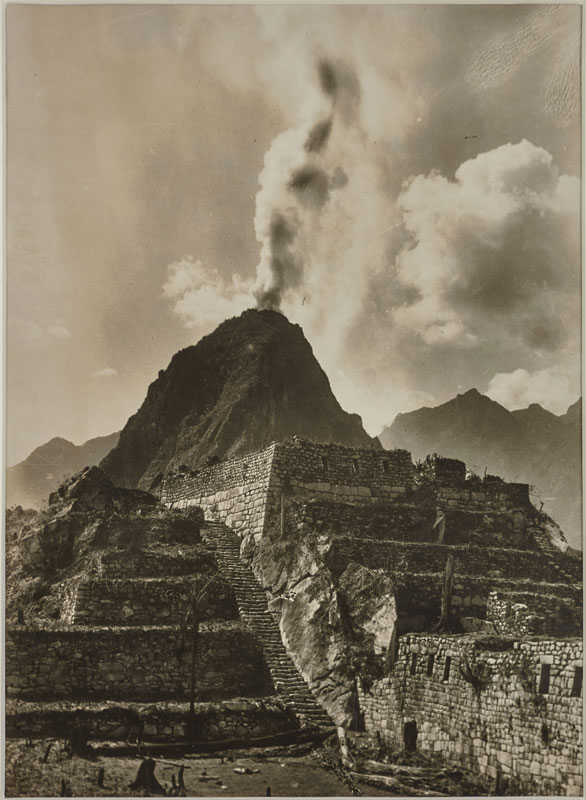