You can’t think of Manta today without Murcielago beach. Without Hotel Oro Verde Manta, which happens to be located right in front of it.

Twenty-four years ago, Mr. José Antón Díaz, founding owner of Oro Verde, insisted on what many claimed the riskiest venture to cross the mind of an Ecuadorian entrepreneur: build a five-star hotel in Manta. He went on to believe that the little-known, under-discovered coastal city would become Ecuador’s most coveted tourism destination.

No one dared dispute him, though most were convinced he was mad. Still, the years have transpired and what was once a dusty provincial town has become everything but: a surprising bucket-list city in the heart of the Pacific coast. Its culture defines Ecuador’s heritage in more ways than one: with the classic toquilla straw hats, the ceviches, the “montuvio” farmers, the kite-surfing, and one of the oldest civilizations in the Americas… This city of twelve beaches is also a tropical paradise with a city that has developed more than any other in the last twenty years in Ecuador. Who would have ever thought Mr. Díaz was so visionary?

The before and after of Manta tourism

Jose Antón Díaz chose a bat cave on which to build his hotel. This cave, which today forms part of the hotel’s catacombs, giving “Bat Beach” (Playa Murciélago) its emblematic name, the city’s most sought-after hangout.

Direct access to the beach from the hotel is the pleasure of everyone who spends their stay at Hotel Oro Verde Manta, as it offers its expanse for afternoon strolls and ocean fun at the palm of one’s hand.

Today, Hotel Oro Verde Manta offers classic luxury even for what José Antón Díaz imagined in his most hopeful and demanding projections. 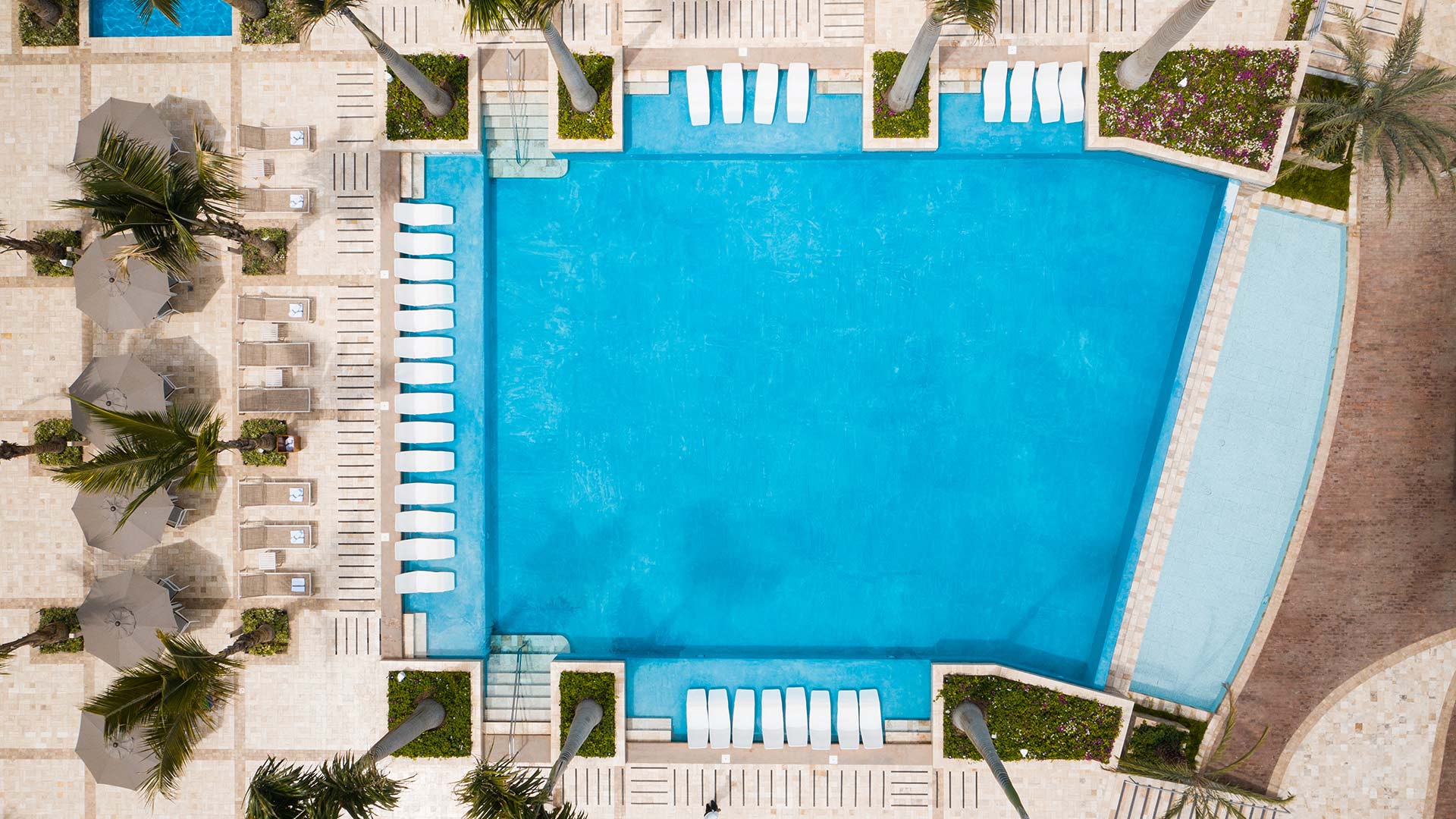 The entire hotel just last year completed a comprehensive overhaul of its installations, offering the highest efficiency and cutting-edge technology from start to finish; from its structure to its rooms, from the way it operates, with an on-site entertainment department to new facilities and accommodations, including its coveted Maldives-style bungalows, with private pools, specially designed for the tourist of the future who seeks the utmost exclusivity, safety and luxury in travel.

“We changed absolutely everything. The only thing we kept was the hotel’s most important asset: our staff”, says Ricardo Ferri, hotel manager at Hotel Oro Verde Manta.

A destination in itself

Yes. Hotel Oro Verde Manta is a destination within a destination, with 27-thousand square meters of gardens and swimming pools; with fully inclusive facilities including braille signage in rooms, members of the staff trained in sign language, and rooms for the disabled… pet-friendly, with its own organic vegetable garden, the hotel also enjoys Manabi hospitality, a very unique perk, indeed! 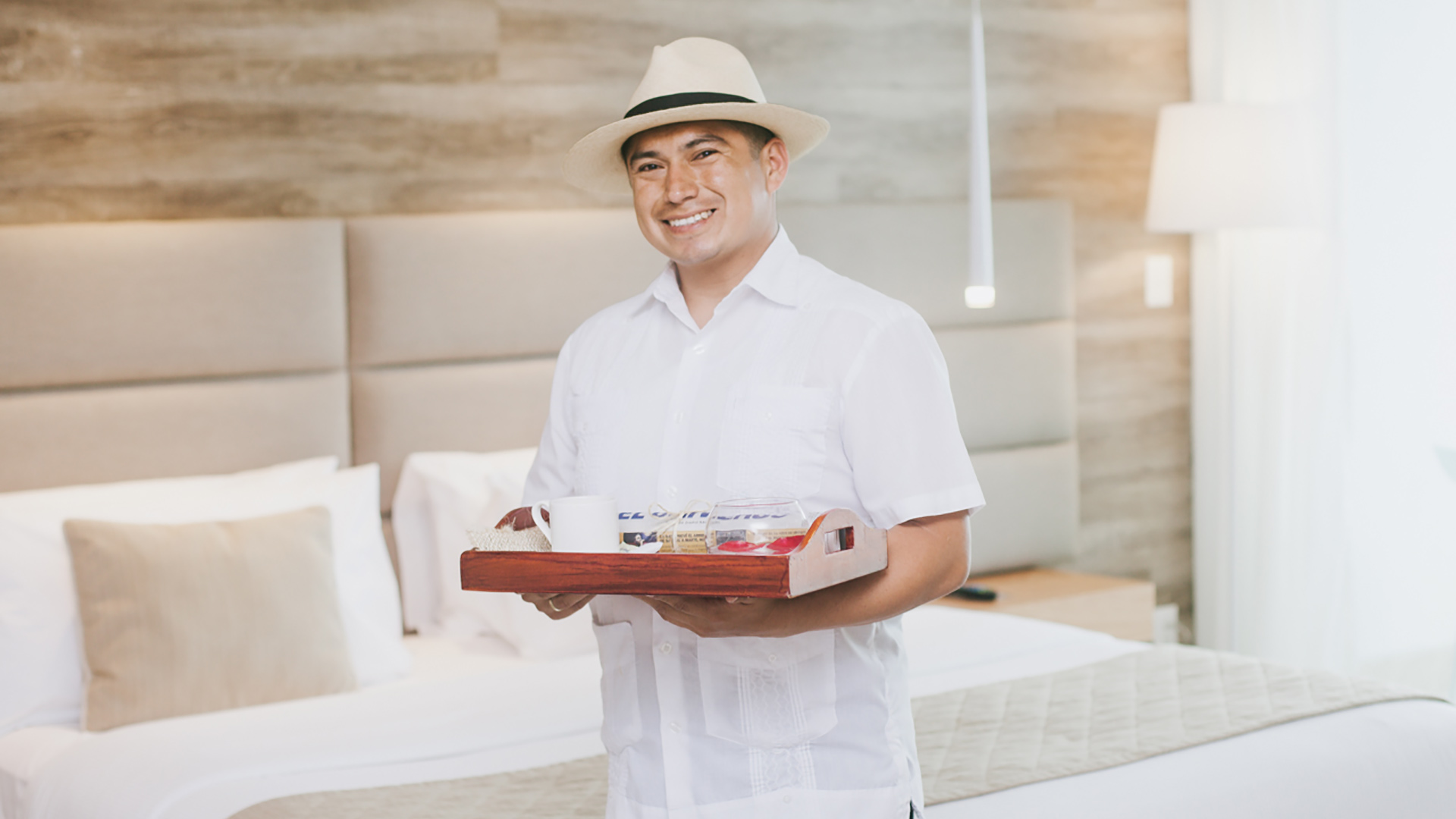 “Because people from Manabí are just unique. And let me tell you,” explains Ricardo, “I have been to many countries and I have gotten to know many hotels from the inside, thanks to my profession: there are few places that come close to Manabí’s hospitality. The entire culture is giving and open and… you just want to stay forever.”

With Manabí at heart

In Hotel Oro Verde Manta Manabí identity is at the fore. We all just fall in love with Manabí. With Rocafuerte sweets, and its toquilla “Panama” hats, its rompope…

Thanks to an entire entertainment department, unmatched in the city, the hotel fills visitors with recreational, cultural, and culinary activities. Enjoy the catch of the day, not just tasting a delicious plate of yellowtail tuna. “Let’s go out to Playita Mía —the fishing port— and you yourself choose the fish you want for dinner,” says Ricardo.

Discover Tea Time Manabí-style: with local sweets and infusions from the organic vegetable garden. Discover the delicious maní quebrado (cracked peanut); or salprieta (a unique peanut-based condiment)… meet the people of Montecristi who will show you their handmade Panama hats, discover the local Montubio dances, have a picnic with music to liven up an afternoon, and chose the best Manabí food —a culinary culture that, we are sure, will soon take over the world!— at Hotel Oro Verde Manta’s excellent restaurant.

A coconut to welcome you in and a farewell traditional Manabi spirit… to be enjoyed: with pets, children, the family, your significant other: make Manta your dream vacation at Hotel Oro Verde.