The Lloa to Mindo Trek

Quito to Mindo? Walking? Is that even possible? It is. It’s, in fact, one of Ecuador’s most emblematic trekking routes. The path follows the way of the River Cinto, with its flowing lulls and murmurs included, from Mount Pichincha into a land of green, full of texture, elusive animals and clouds of fog that veil thousands of paradisiacal birds that flit in and out of view. 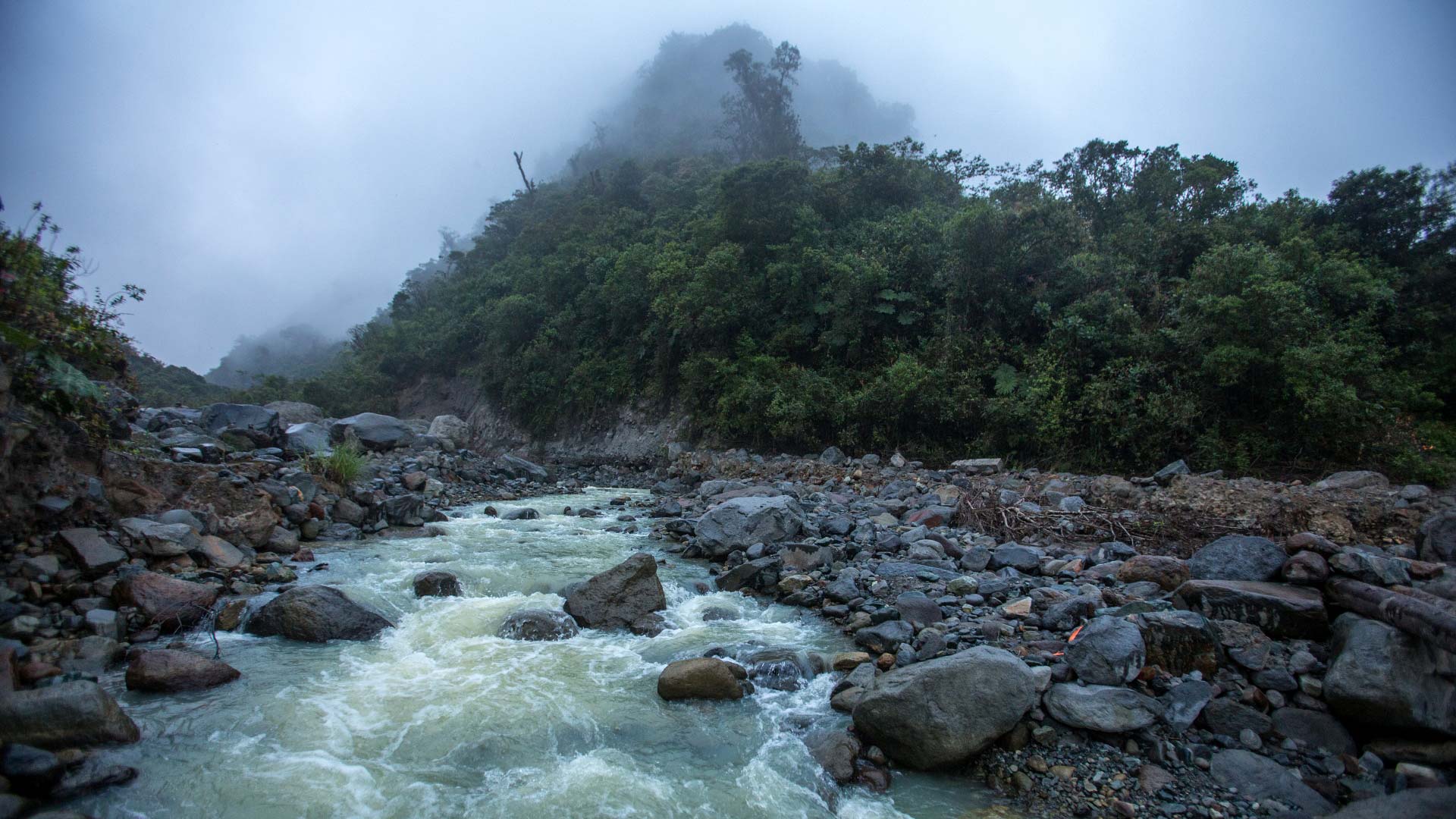 The idea is to go down. From the heights of Mount Pichincha, crossing the

mountain’s entire western flank, down Quito’s “hidden side”. This area may seem like another world, but it belongs to the city (or at least, to its Metropolitan District) and in ancestral times, this particular route was a prime thoroughfare for merchants travelling to and from the coast. The idea is to leave “today”, this age, as car- drivers and smartphone-carriers, making a strategic stopover at the small community of Lloa to gulp down a delicious chicken broth to imbibe some strength to trek into the cloud forests of subtropical Ecuador, a journey that has not changed since the Stone Age.

The route begins by way of the Urauco hot springs, a sector known mostly to locals, which also offers sport fishing and guided horseback riding. As we proceed along the path, we soon pass our first portal:

we leave the village behind, and the murmur of rural life also dissipates, giving way to the River Cinto, in all its virgin nature, which will be our guide for most of our journey. 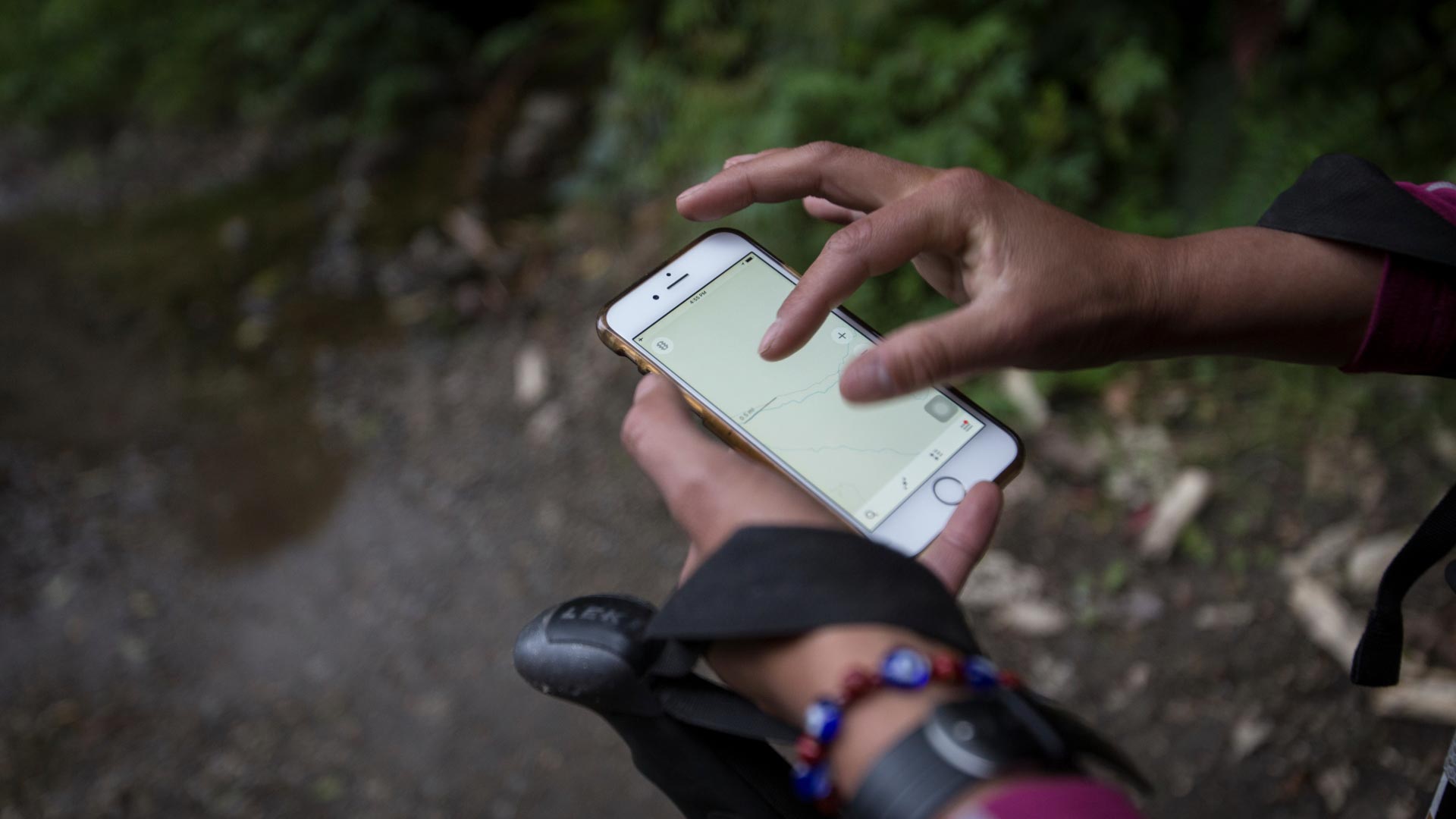 It is admirable to see the water making its way through the mountains, gaining volume and strength… it will eventually become a tributary of the great Río Blanco and finally end up in the Pacific Ocean.

Plans always change before an outing. We had planned the adventure between a few friends, but as the days went by, many dropped out. For a while, we were worried. Will we remember the route? Are our backpacks too heavy? We decided to make the trip over two days as opposed to one (if you’re in great physical condition). But the idea was to enjoy the way, not sweat it…

Soon after starting our trek, we heard voices. It was Friday… mid-afternoon, who could be here? It was a family making the same route as us. I always feel a strange happiness when greeting fellow walkers. And even more so when they are younger. I admire their capacity for wonder at everything that happens around them. The joyful reaction upon meeting was mutual, and we soon decided to continue together.

As we walked, a central theme of conversation was that the route is not what it used to be and after consulting with friends, we were well aware that the rudimentary ‘cable car’ was no longer available… We would have to show off our balancing skills over the river crossings to follow.

Without realizing it, the afternoon began to fall, the colors and sounds began to transform, although the river was ever-present. 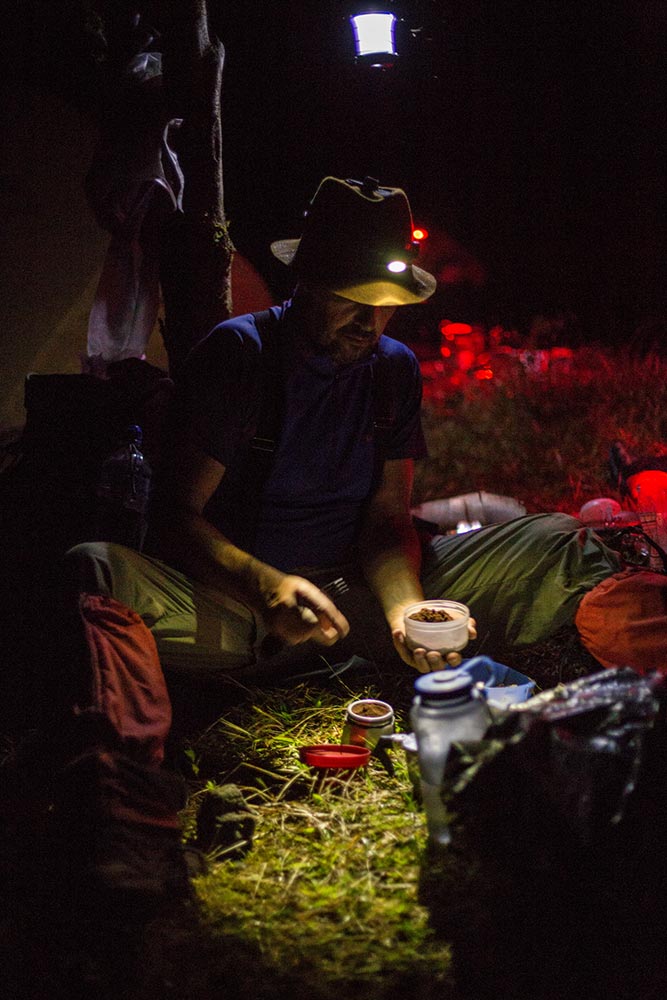 Approximately 3 km from the first crossing, we found a flat, open space to set up our tents. We organized our campsite and like teenagers on prom night, flaunted our respective outdoors gear: the lightweight, state-of-the-art pots and tents, the techno-flow backpacks, the speed with which our mattresses inflated… It wasn’t a competition, but I certainly felt like the pimply teen with no date! Most of our group’s kitchen implements were home-made and/or recycled… “That’s how it’s supposed to be,” I muttered as we set about cooking.

While we were having supper, we heard more voices. A group of trekkers approached at a good clip, and told us that the next day there would be a “trail running” competition, a mountain race that makes it down the same route in a single day. More company, we said happily. After chatting and telling the infallible bad camping jokes, the rain came… and with it, sleep.

Early in the morning, we left the cocoon-comfort of our tents, prepared breakfast and while we were breaking camp, began to see the runners. To their faces of surprise, we responded with cheers and applause. Approximately 1 km from our camp, we reached the Cristal river crossing, and from there until the Wooden Bridge, we had 17 km ahead across the most beautiful segment of the route, where walking between trees and the nearby river seemed as natural as breathing.

The runners continued passing us, some running, some walking, and almost all in good spirits, despite the fatigue writ large on their faces. In some segments, the swampy mud made the going arduous. We fell. We slipped. And amid laughter and frustration, managed to continue, everyone part of the same team.

Arriving at the Wooden Bridge, we met friends who were organizing the race and decided to hitch a ride for the last 15 km, along the road that goes down to Mindo. We didn’t want to miss the winners’ celebrations, at the town’s square, an important moment for competitors and quite special for us, knowing that we had completed one of the most fascinating routes of our cherished Andes world, a journey that is, amazingly, just an extension of our Quito existences. The trek, in short, can be done as you wish, and although the path is always the same, the company you keep and surprises that await are what always make the difference. 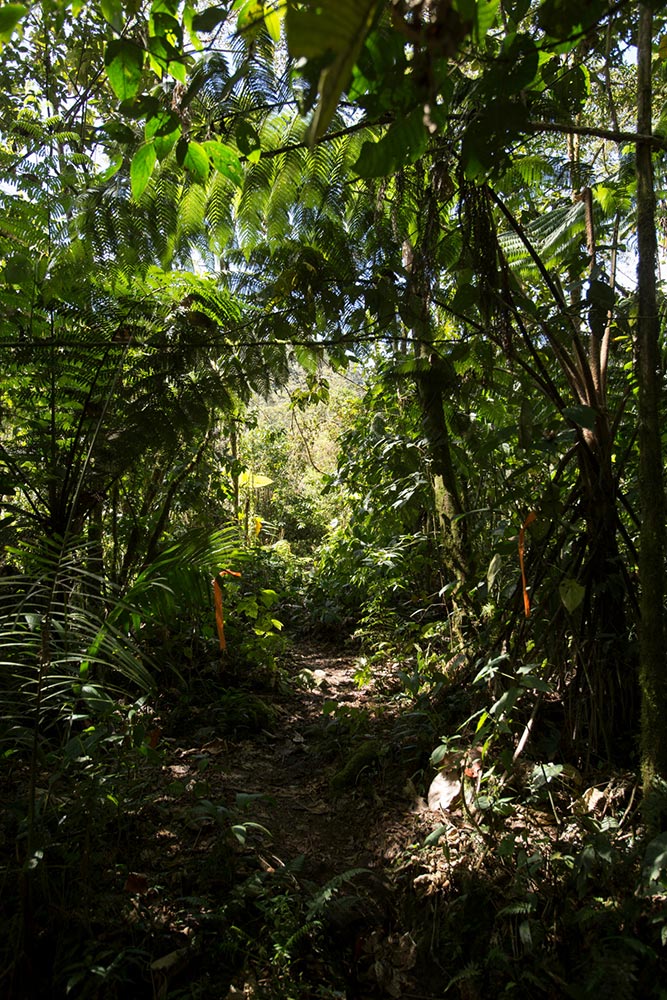 The distance from Lloa to Mindo is approximately 60 km. And from Palmira, one travels 45 km. However, these distances may vary if you advance by car to the end of the road near the Agua Azufrada river crossing; or if you end your trek at the last junction of the Cinto River, past what the trekkers call the “Wooden Bridge” (Puente de Madera), and continue to Mindo by car/truck.