Ready to travel through the annals of Ecuadorian culture, paying homage to the people who forged the literary identity of our country? Follow in their footsteps, breathe the air they breathed, observe the world that inspired them in the intimate corners where they found their muses. 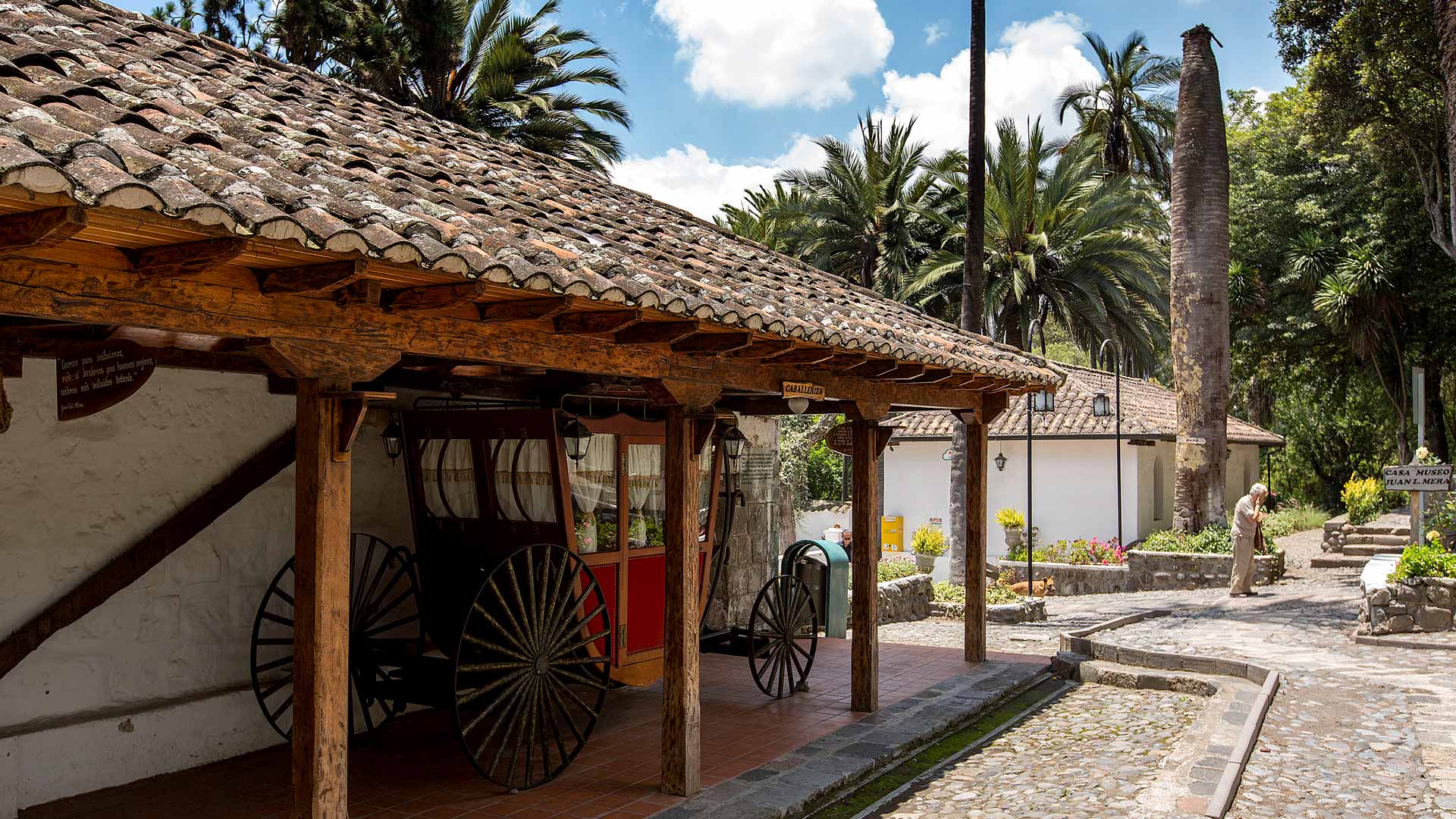 The bedroom in which the national anthem was penned; the “Little Amazon” that served as inspiration for the novel Cumandá; the balcony over which the “Cervantes of America” escaped from his adversaries, envious of his pen and afraid of his truth… All these emblematic places can be visited in Ambato.

Located just outside the neighborhood of Ficoa-Las Palmas, the Quinta de Juan Montalvo showcases the country house of the 19th-century writer’s family. Today, his villa lies in the city, but back in the day, Ficoa-Las Palmas was located outside of Ambato. 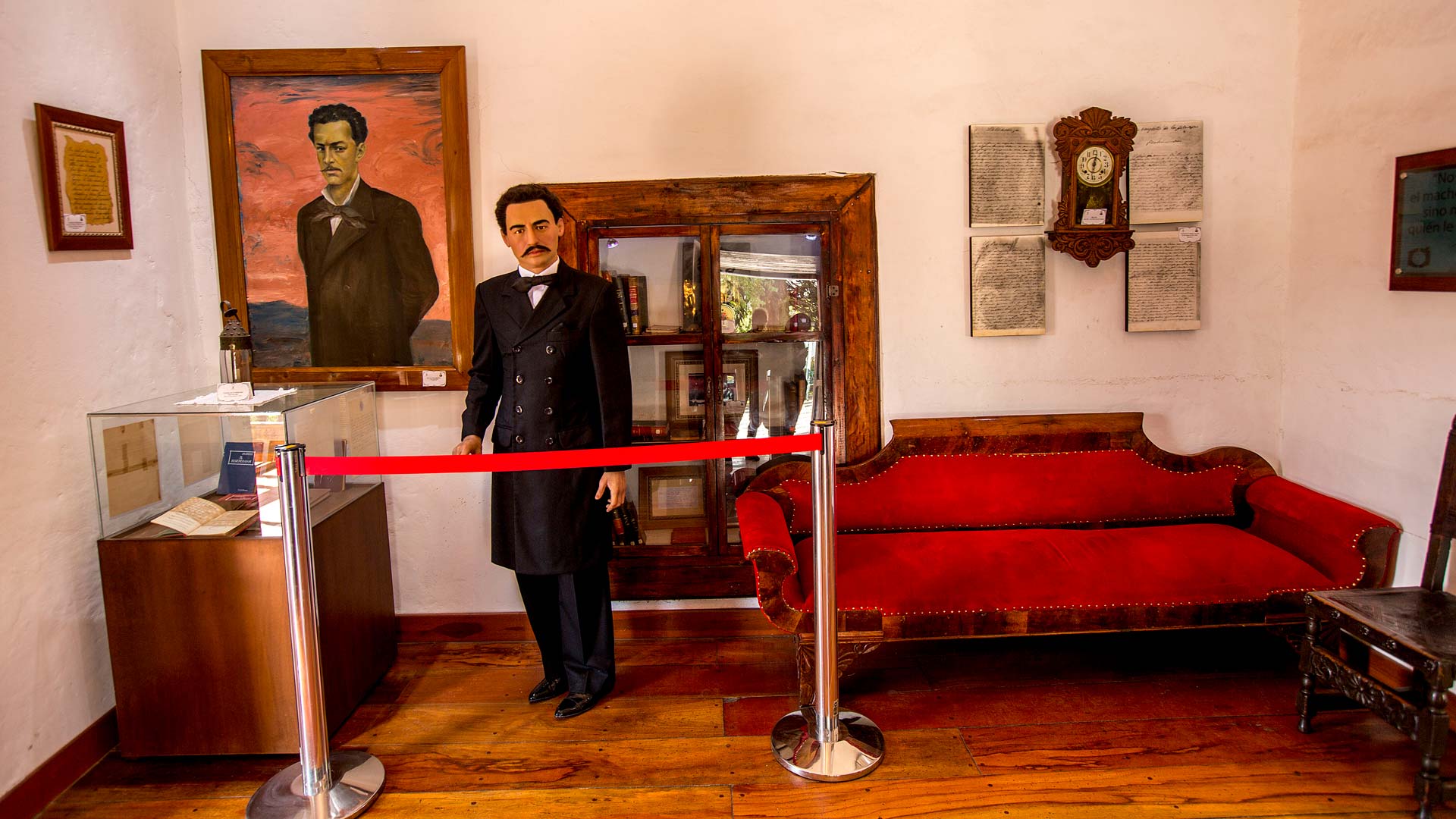 Stone staircases and hanging planks of wood inscribed with some of the writer’s most famous words lead you through the property that encompasses a beautiful garden, worthy of Tungurahua’s bountiful land, full of fruiting trees (plums, Andean cherries, apricots, “guaytambo” peaches and apples), as well as handsome arupos, jacaranda, and swaying eucalyptus.

At the end of the corridor, a small, three-room house contains Juan Montalvo’s letters, belongings, and other antiques. Just outside the home, towers a formidable araucaria tree. At some 220 years old, it certainly witnessed more than one of Montalvo works of literary passion. 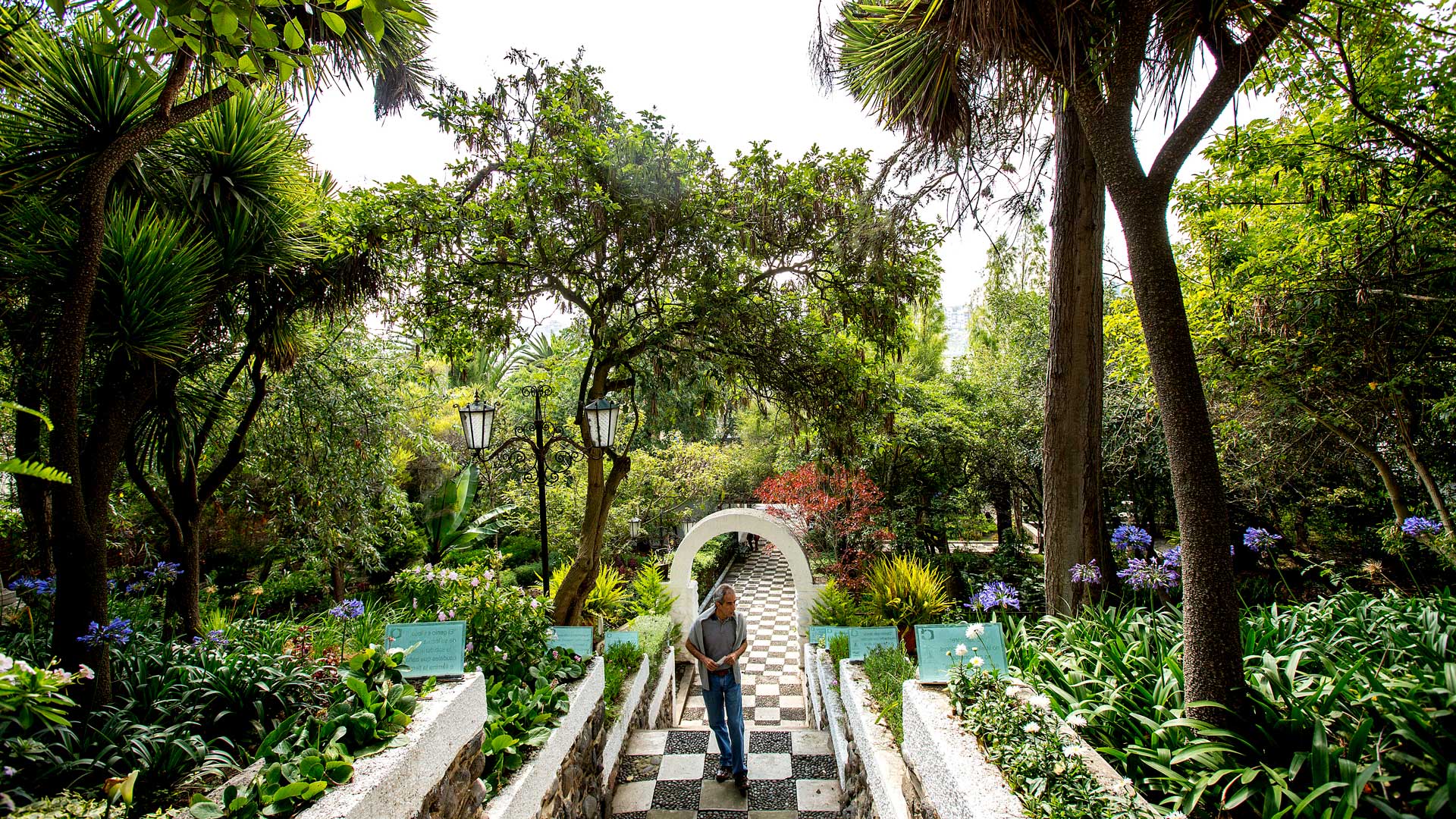 Ambateños assert that Quinta Juan León Mera is a “little Oriente” (in Ecuador, Oriente is the Amazon Basin) and we are happy to confirm the claim. This eight-hectare plot of land is an oasis of lush, fertile vegetation. In addition to containing the Juan León Mera villa (which displays paintings by the writer, his belongings, his writings, and the rooms of his children), the space also connects with the Martínez Holguín family historical museum.

Here, you can admire the artwork by writer and realist painter, Luis A. Martínez, as well as Luis Edmundo Martínez’s pictorial work and that of other gifted members of the family, including pianist and soprano Cornelia Martínez). 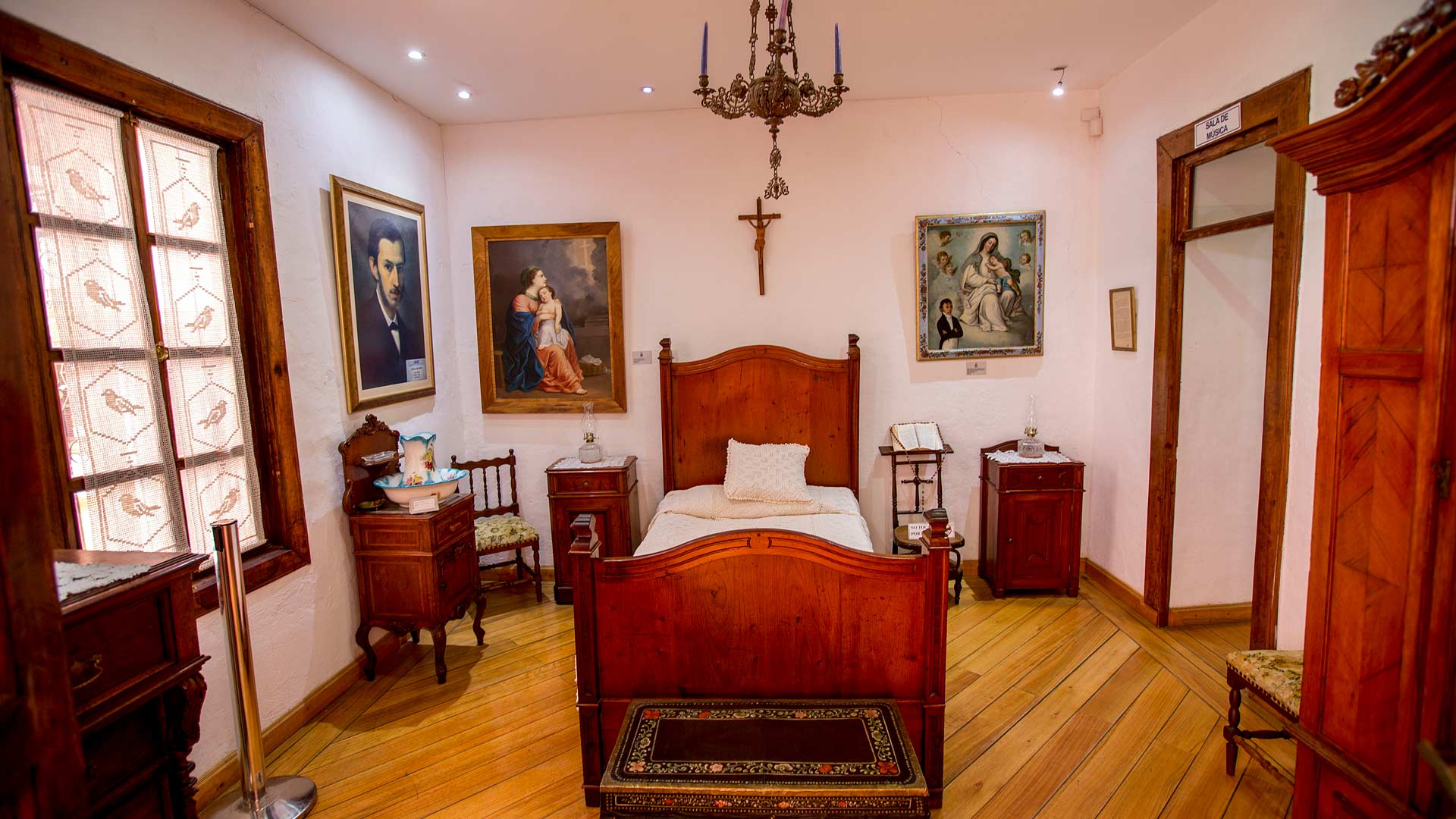 Here you’ll also find the city’s botanical gardens, where over 250 endemic plant and non-endemic (including palm trees and eucalyptus) species are displayed. The visit concludes with a short walk to the banks of the Ambato River, where the first grove of eucalyptus trees was planted in Ecuador. Here, Juan León Mera was inspired to write Cumandá, considered the country’s first fully-fledged novel. 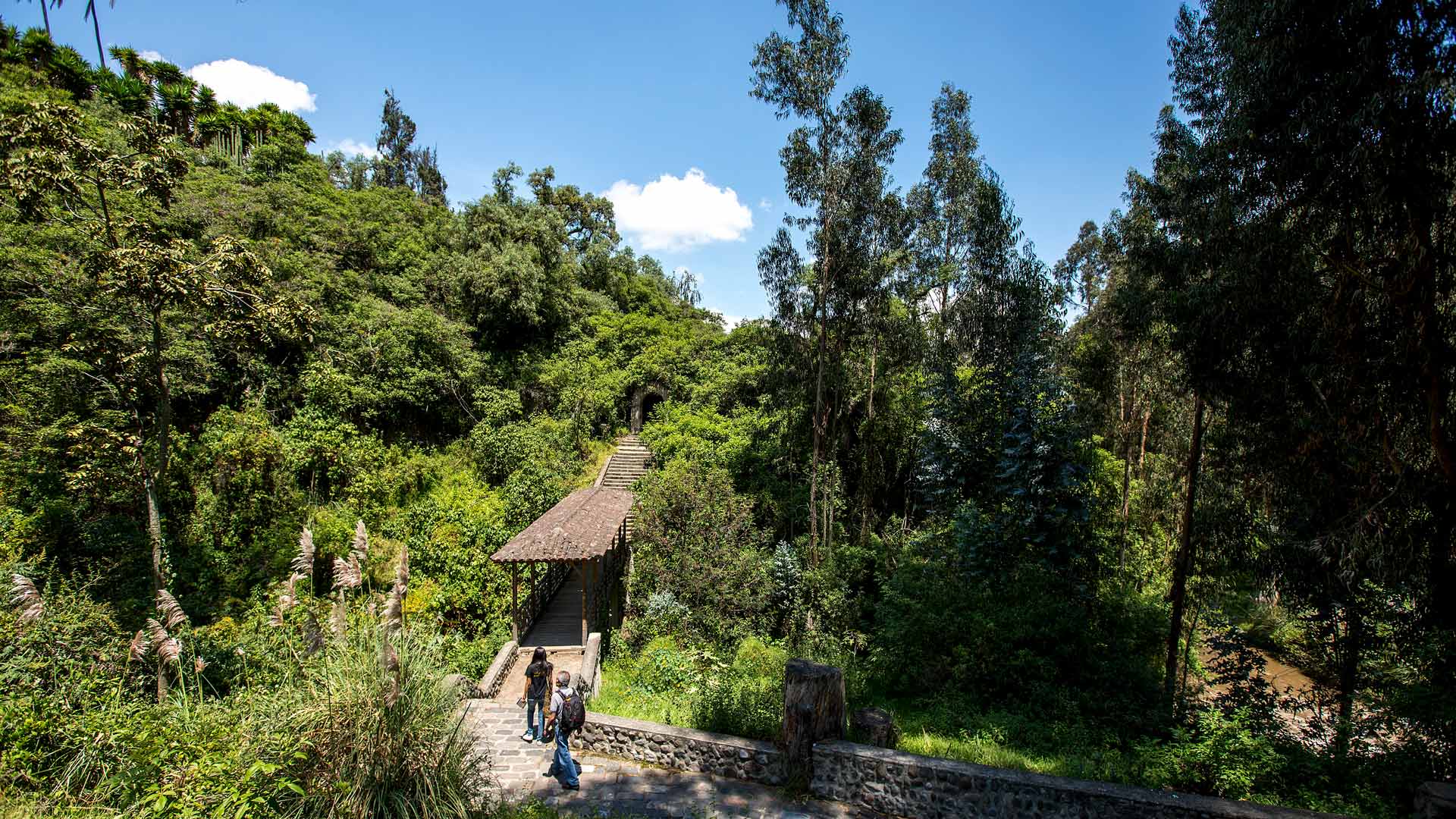 Take a moment to lie down on the lawn, away from the hustle and bustle of the city, with the sound of the river as your companion, the golden equatorial sun above, and it’s easy to capture the source of his inspiration.