Gilson’s away, but fortunately for us, Sandra, his neighbor, is on hand to prepare a coconut milkshake to rival his. Like us, many come all the way to Las Peñas, 90 km northwest of Esmeraldas, just to confirm the coastal-legend: that this ice-cold overflowing glass of coconut goodness, sprinkled with coconut scrapings, is the best batido this side of Ulan Bator.

And the competition is fierce in the province, make no mistake. Las Peñas, in fact, is a must-stop for tasting succulent traditional dishes of every variety – arroz marinero, breaded shrimp, encocaos… all invariably drowned in coconut-milk-sauce – but it is also a destination in itself, a beach to unwind, kick back and grab a hammock beneath swaying palm trees.

Calm seas and soft sand: elements ideal for chilled travelers fishing boats. But a fascinating vision awaits at the community of Olmedo, 20 minutes by car from Las Peñas. There, ‘Willy’ Torres, a willing guide, says it’s like Venice in high tide. Willy was born in Latacunga, but has lived here long enough to know the nooks and crannies of the region that seduce visitors. Equipped with boots, a cap, sunscreen and repellent, we amble past the open houses in town, greeting everyone we see as they smile back at us.

Towards the end of the village, beyond the last echoes of television sets, another beach appears. Wilder, uninhabited, untouched, with the valiant roots of mangroves framing this unsuspected corner of the world. Picture perfect.

We leave Olmedo refreshed, heading for a river where ancient history and knowledge have been preserved in the warm backwaters of three islands. We leave from the pier of La Tola, half an hour from Olmedo, where the Santiago and Cayapas rivers join. Days before, Willy had booked a boat for our visit. This is the only way to make it out into the river to reach some of the main attractions in the area. ‘Niño David’ takes us down the brown waters of the delta to La Tolita island, 15 minutes from the pier. 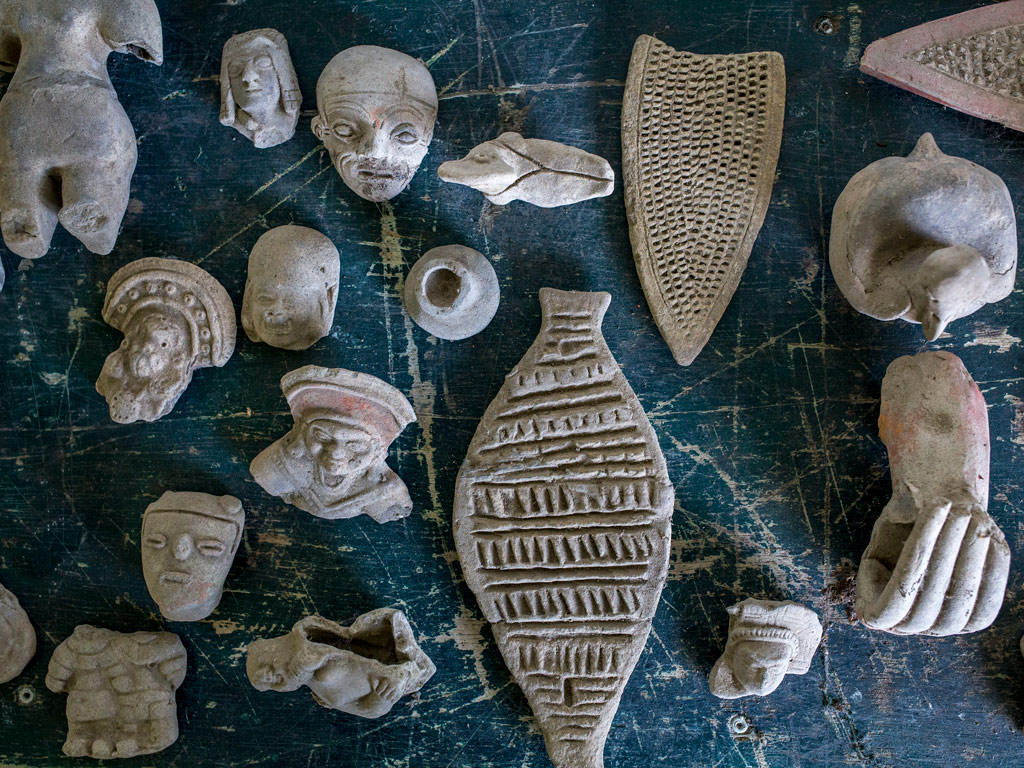 La Tolita Pampa de Oro has the reputation of bestowing gold to he who seeks it. And much of it has already been taken away. Throughout the 25 km² radius we disembark at, the pre-Columbian La Tolita culture thrived, whose goldsmithery and pottery are still exhibited with pride not only in Ecuadorian collections, but in sites like the American Museum of Natural History in New York. “They had magic-infused hands. That’s why they made wonderful gold pieces, over 2,500 years old, which have traveled across the world,” says anthropologist Julio Hurtado in an echo-ridden classroom of the 13 de mayo Educational Unit, which functions as a miniature site museum.

Here, we find small zoomorphic objects and clay vessels for domestic and ceremonial use. Outside the classroom, in the open air in the village, the tolas abound. There 40 in total.

These manmade mounds of earth mixed with charcoal and fish bones, can reach up to six meters high. They are believed to have been built to protect homes from floodwaters, and that much hidden gold still lies beneath them: people were buried with their precious objects under their homes, in these mounds. “But gold,” Julio interjects, “brings greed and it is better not to be lured”. 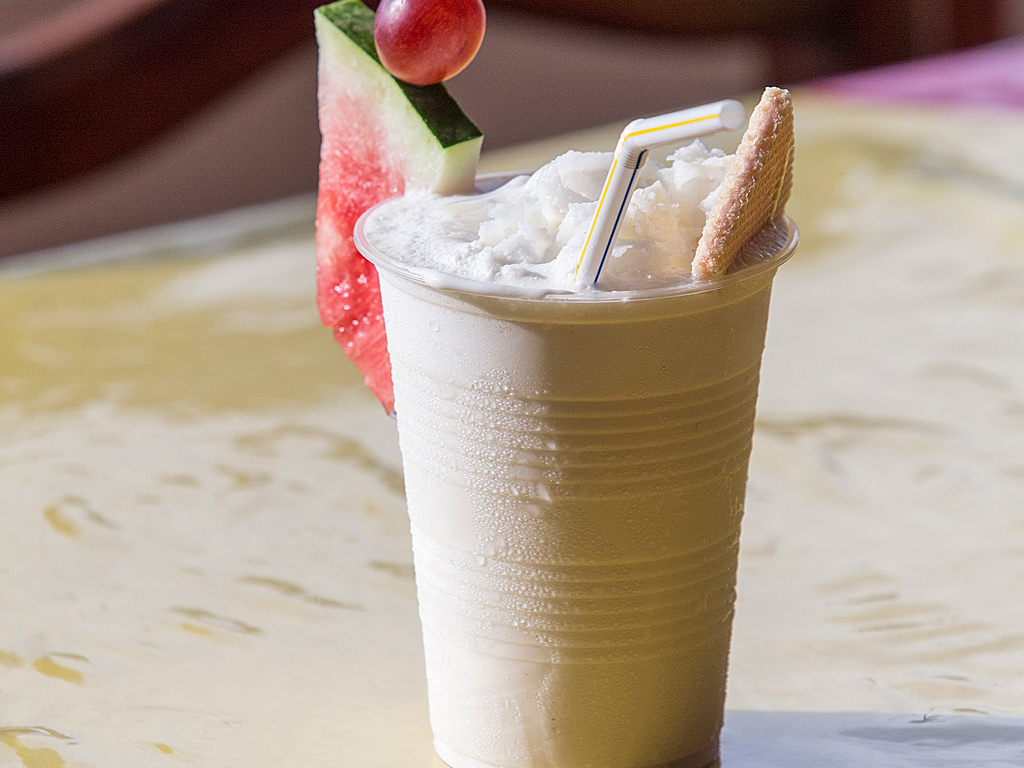 It’s almost noon and we’re hungry. A pleasant place to take a break and have lunch is a couple of kilometers up the river, the island of Limones, capital of the canton of Eloy Alfaro. Eloy Alfaro residents come to town to get paperwork done or seek medical attention at the local clinic. But also, without fail, first grabbing a vigorous tapao arrecho. This powerful broth/stew is made with plantain, a series of wild herbs and every kind of meat you can think of: beef, chicken, pork, sausage… some mix fish as well.

If you’ve still room, a good dessert to seek out is the cocada… and one of the best places in Esmeraldas to obtain this sweet is not too far away, a fifteen-minute boat ride to El Capricho. Like a rectangular nougat, the secret of these handmade delicacies lies in the locals’ use of fresh cane honey instead of sugar.

Thus, with the sweet taste of tradition on our palates, we head out to Majagual, a protected reserve which boasts world’s highest mangroves. They are so tall that, seen from afar, they seem to be whispering to the clouds…

San Lorenzo, one of the northernmost towns in the country, located only a few miles from Colombia, is a springboard towards a spectacular “mangrove island” archipelago (over 22 separate islands!), where a variety of ecosystems, including mangroves, riparian and terra firme forests, offer fine visitor sites such as El Salto del Tigre waterfall (with four distinct “water temperatures” you’ll have to experience for yourself), beautiful El Cauchal beach, mysterious Islas de los Pájaros, all part of the Mataje-Cayapas Ecological Reserve.