La Entrada offers the Ecuadorian Coast a unique community experience, one that offers color, identity and social inclusion. What was once a village that no one could distinguish from the road has now become a reason to double-take.

Segundo Tomalá used to love hunting guanta in the forest near the small fishing village of La Entrada, where he has lived all his life. Now elderly and blind in one eye, his hunting days are behind him, but Don Tomalá still loves to reminisce about how he caught the large rodents and brought them home to his wife; how she prepared and cooked them into his favorite meal. 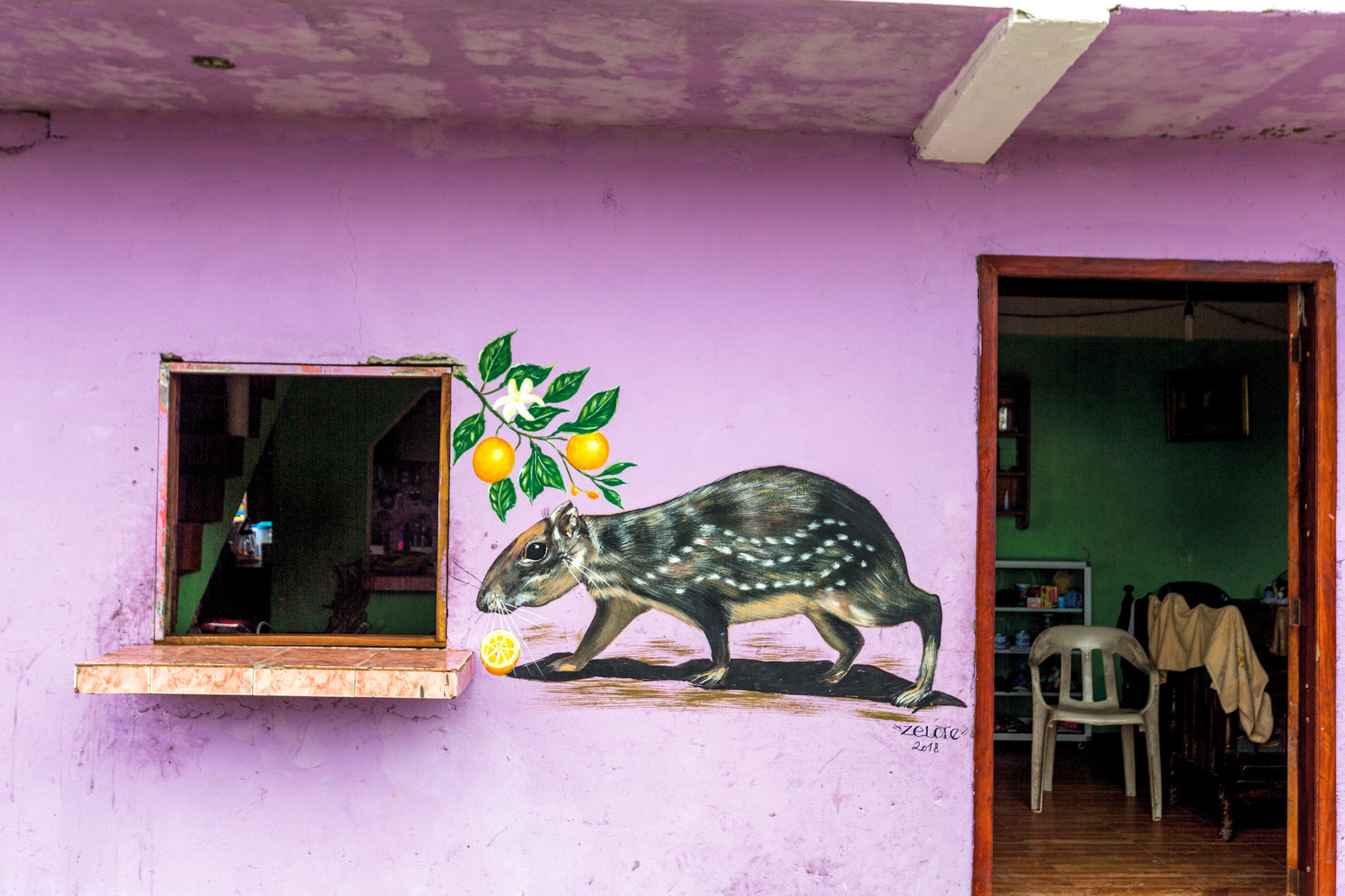 So, when the street artist known as Zelote knocked at the old man’s door and asked him what he would like painted on the front of his house, there was only one answer: a guanta. When the mural was finished, Don Tomalá was delighted, but spotted a flaw. His guanta had no food! He requested the artist to add some oranges for the animal to eat, and it was perfect!

The guanta is just one of fifty-five murals that have been painted throughout La Entrada by twenty-five street artists who have donated their time. Another thirty-five murals are planned by the end of 2019. Just as impressive, nearly all 128 buildings in the village have been painted in bright colours on all four sides and, when the project is finished, this will be the only completely colorized village in Ecuador. 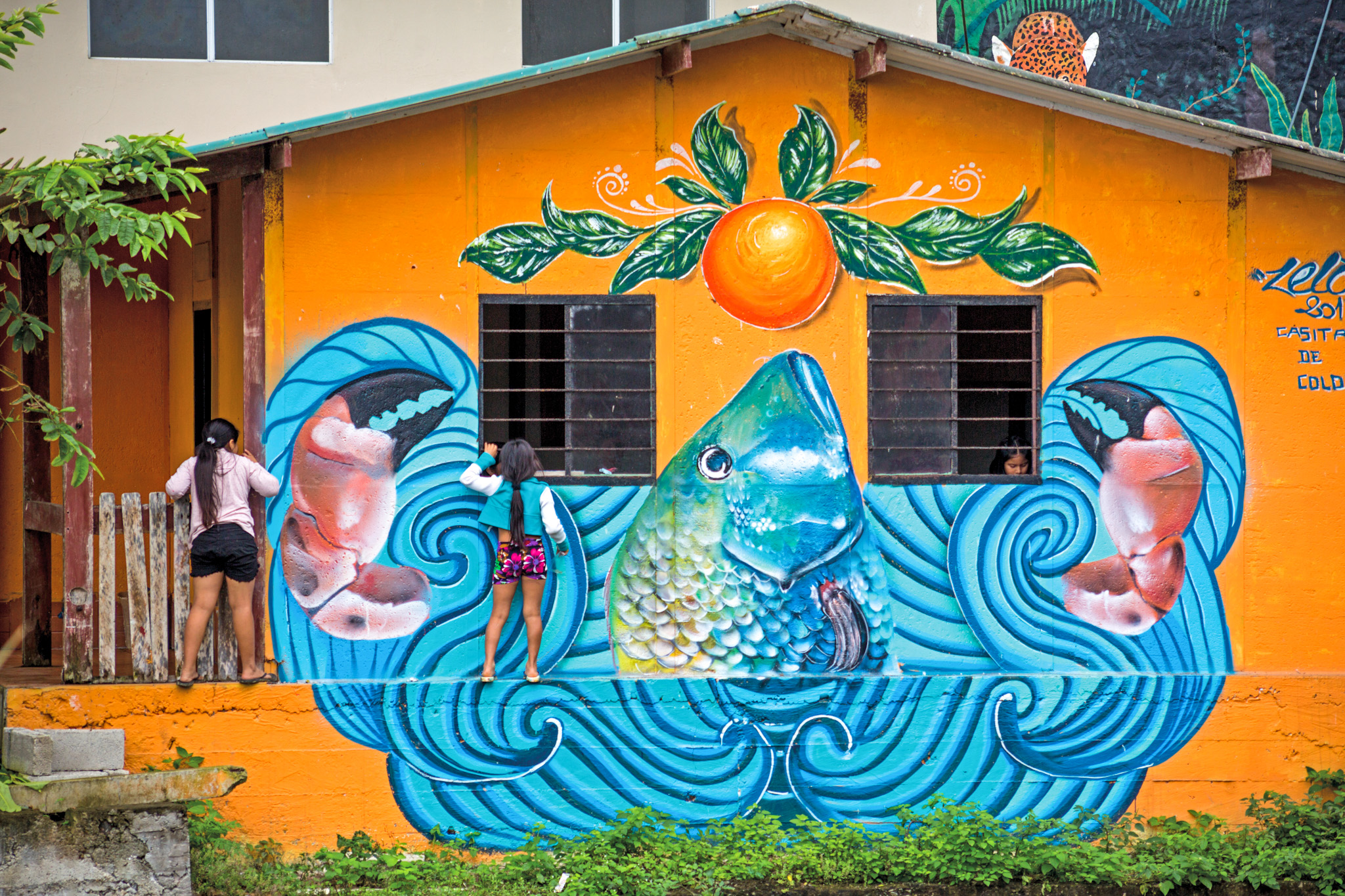 The transformation of La Entrada is the brainchild of Shell and Marsha Spivey, who retired here from the US in 2010. They had been involved in the community’s efforts to rebuild its dilapidated old church and successfully crowdfunded for a floor-to-ceiling glass wall behind the altar that offers a panoramic vista of the ocean. Couples come from all over Ecuador to get married in the spectacular church, bringing increased tourism to the village.

Buoyed up by this success, Shell wondered what else could be done to revitalize La Entrada and hit upon the idea of colorizing it. He commissioned a local artist to paint an image of what the village would look like with all the buildings painted in bright colors. He presented the idea at a community meeting in 2017 and since then the residents have been working together to give La Entrada a complete makeover. Aside from plastering and painting the buildings, they have repaired the malecón, revamped the town square, and undertaken landscaping work. The murals are the glorious cherry on the multi-colored cake. 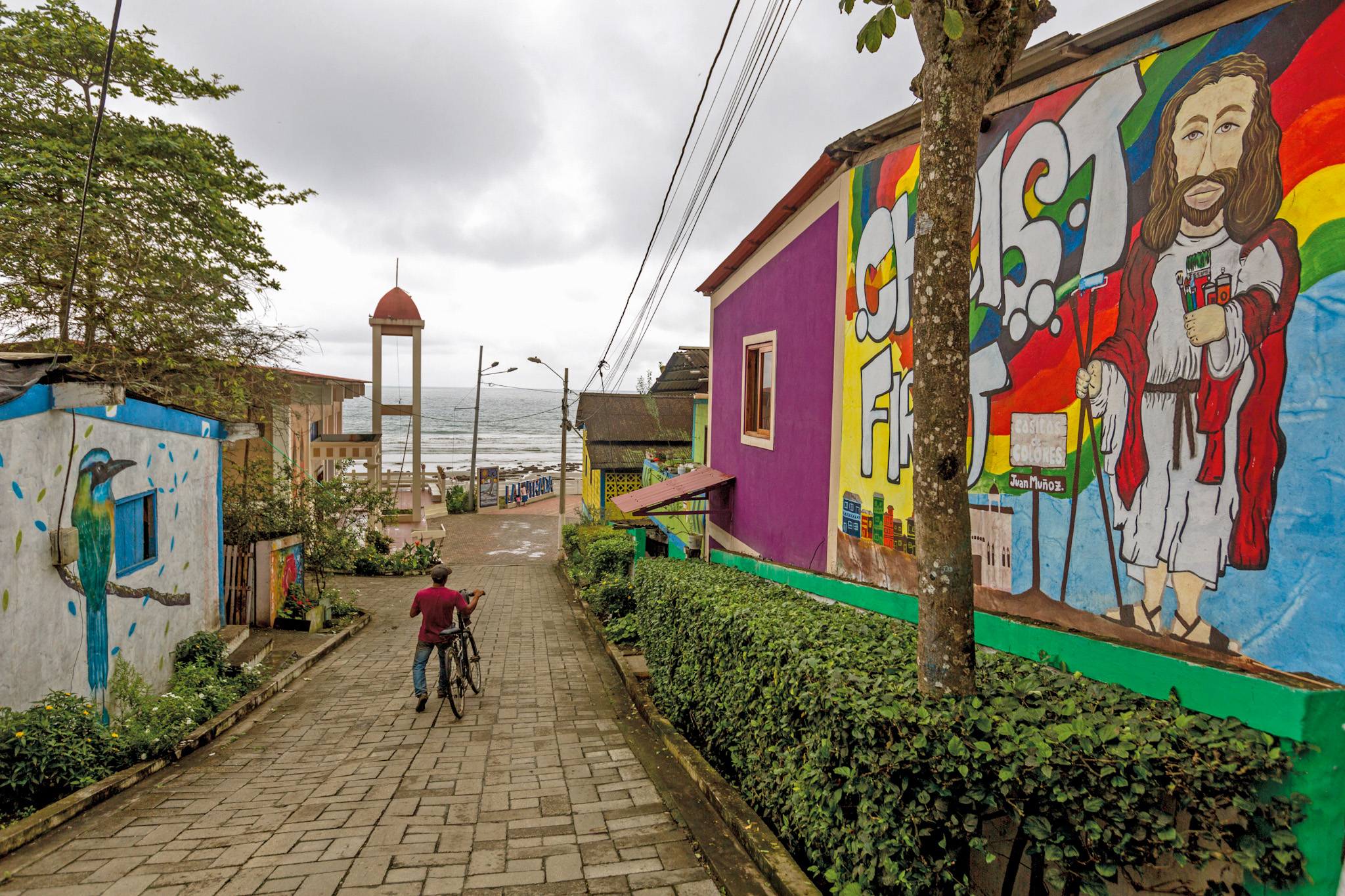 The artistic side of the transformation is coordinated by Darwin Ruiz and Gabriela Peñafiel, both artists themselves, who moved to the village after being inspired by the colorization project. If you enjoy wandering through La Entrada and looking at the murals, a visit to their studio is a great way to give something back to the community. As well as bringing in the street artists to paint the murals, Darwin and Gabriela conduct art workshops with the local kids. The children’s paintings (which are quite wonderful!) are on sale for $5 and the money goes straight to the child who painted it. The couple also paint beautiful designs on fabric bags made by local women, and spectacular canvases of local marine life. Their studio is located across the bridge from the whale statue. Jewelry designer Armando Asuncion also has a workshop in town, where he teaches his craft to local youngsters. 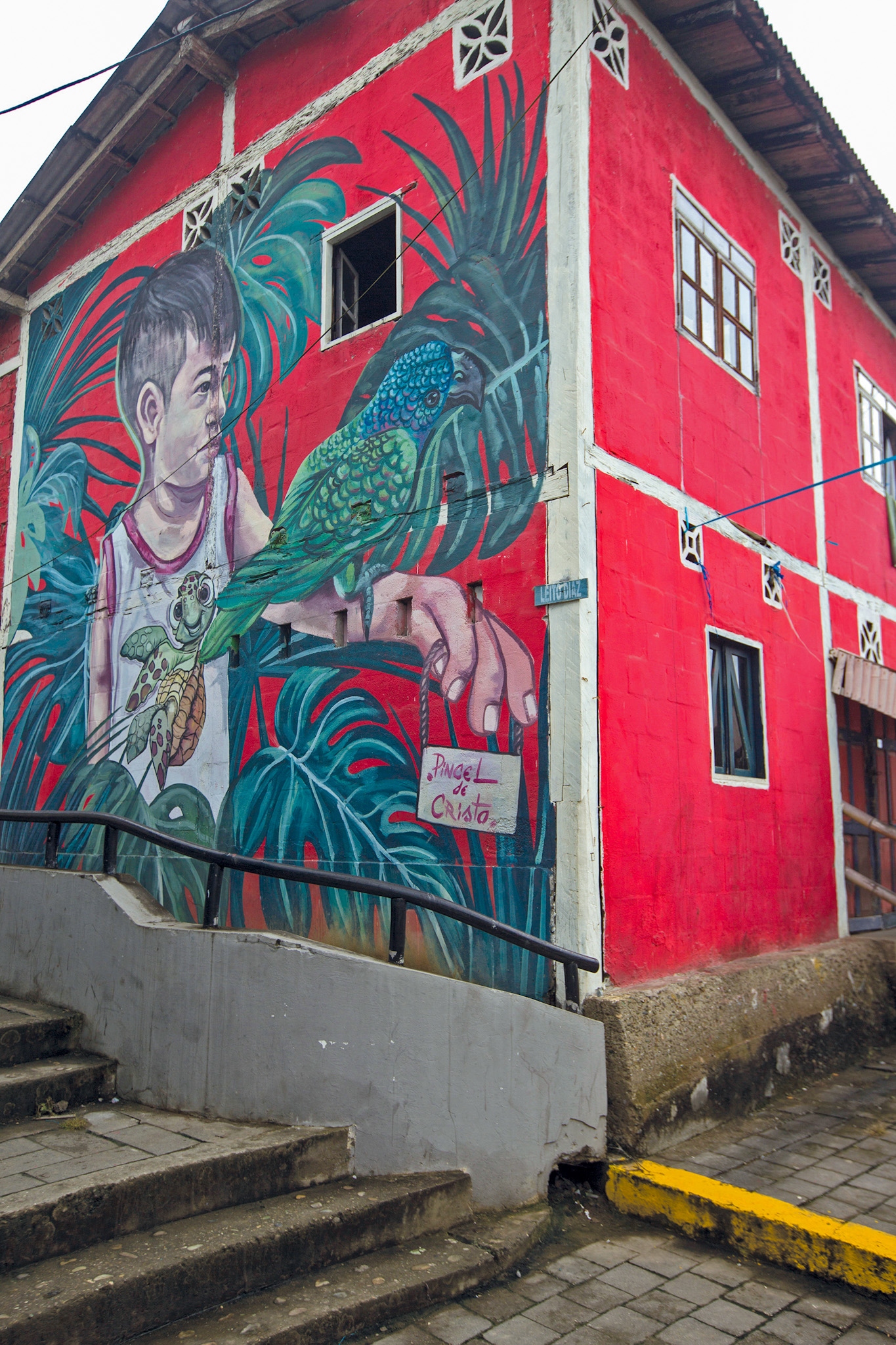