Marked by a history of diseases, invasions and threats from settlers foreign to this ancestral Cofán territory, the thousand-year-old profession of curaca (or shaman) is in serious danger of extinction, and with it, an entire culture is threatened.

The sun does not let up on the banks of the San Miguel River, which marks the border between Ecuador and Colombia. Its banks run all through the Putumayo River Basin, where the Kofan reside. The water’s reddish color intensifies with every ray of sunlight that penetrates the clear blue sky.

The intense heat finally subsided as we spot César on his canoe. He belongs to the Cofán Avié, one of fourteen Cofán communities in the country. With a total population of 1,200 inhabitants, the A’i Kofán (“real people”) are currently among the least populous native groups of the Ecuadorian Amazon.

On our way to the community, César tells us of a recent feat. The nearby community of Sinangoe, with the support of other Cofan brothers and sisters, managed to protect land that had been threatened for over fifty years against mining concessions. This could help halt the imminent contamination of crucial rivers such as the Aguarico, the Chingual and the Cofanes, from indiscriminate extractive activities seeking metals, such as gold. We notice the excitement in his voice; for the Cofán, the history of resistence has been long and turbulent.

The secret vine of the Amazon

Upon arriving at Cofán Avié, we met Alex, César’s brother. Their father, Isidro Lucitante, remains one of the last Cofán connoisseurs of yagé medicine. Through years of committed spiritual training, both have witnessed the struggle not only to protect their land, but also to help their ancestral traditions from being lost.

Key to Cofán worldview, the sacred yagé carries a history of pain for their nation, but also hope. Ancestors have communicated with forest spirits from time immemorial, and from them they have understood the importance of respecting and conserving the environment. When the kukamas (or “strangers”) arrived, seeking to evangelize the locals, the spirits actually began to vanish.

In the world of the Cofán, there is no inheritance nor social functions. The only exception is the curaca (“shaman”); a status of vital importance. They are the highest-ranking members of the community. Their power is born from their ability to connect with the spiritual world. They serve as intermediaries to “both” realities and their high level of consumption of yagé (ayahuasca) allows them to detach themselves from their physical being and ascend to cosmic realms, transmitting what they learn with their people.

They sought to “scare them off”, ushering in a new era. Many Cofán were convinced of the fact that consuming yagé was a practice that “connected them with the devil.” So ingrained became this idea that even today there are Cofán leaders that preserve the Catholic tradition, and have rejected their ancestral spirituality. Others were able to flee. They went deep into the jungle to perform their age-old tribal ceremonies; listen again to their spirits, seeking wisdom and advice.

In this search they even connected with members of the Siona nation, an unexpected union between two distinct Amazonian ethnicities. This meeting led to a newfound empowerment; and, in practical terms, the creation, in Sinangoe, of a new ceremonial house. Back then, the community was still very divided; but it was thanks to the elders’ wisdom and their sacred visions through yagé that new bonds were born and strengthened. “That is the power of medicine. It makes you understand that we are all one and the same; one with nature,” concludes Alex. 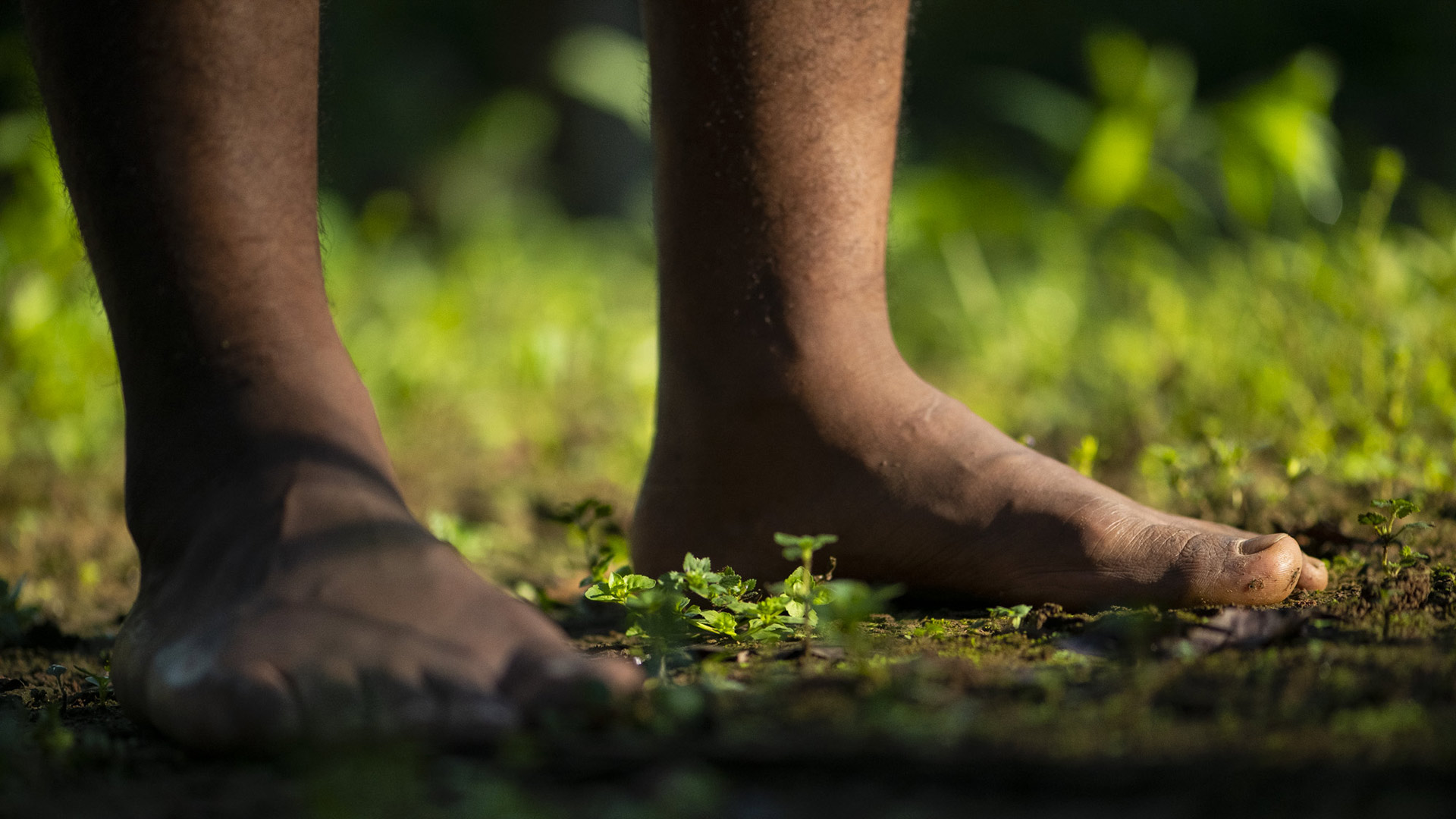 At Avié’s ceremonial house, we admire the spectacular mural on wood planks depicting colorful macaws and forests, representing the nuances of a vibrant realm. The inside walls are decorated with the faces of yagé’s protective ancestors who stare at us, as do the forest spirits. Alex says that every time he collects yagé to prepare his medicine, the spirits of the jungle appear in the form of cucuya (power animals) —the jaguar, the boa— and these beings sit nearby to observe him prepare the healing potion.

The brothers actually organized a nettle cleanse. They told me it would hurt a little, but that I could cool off in the river; calm the swelling. The ritual aims at healing general ailments of the body and improve circulation. 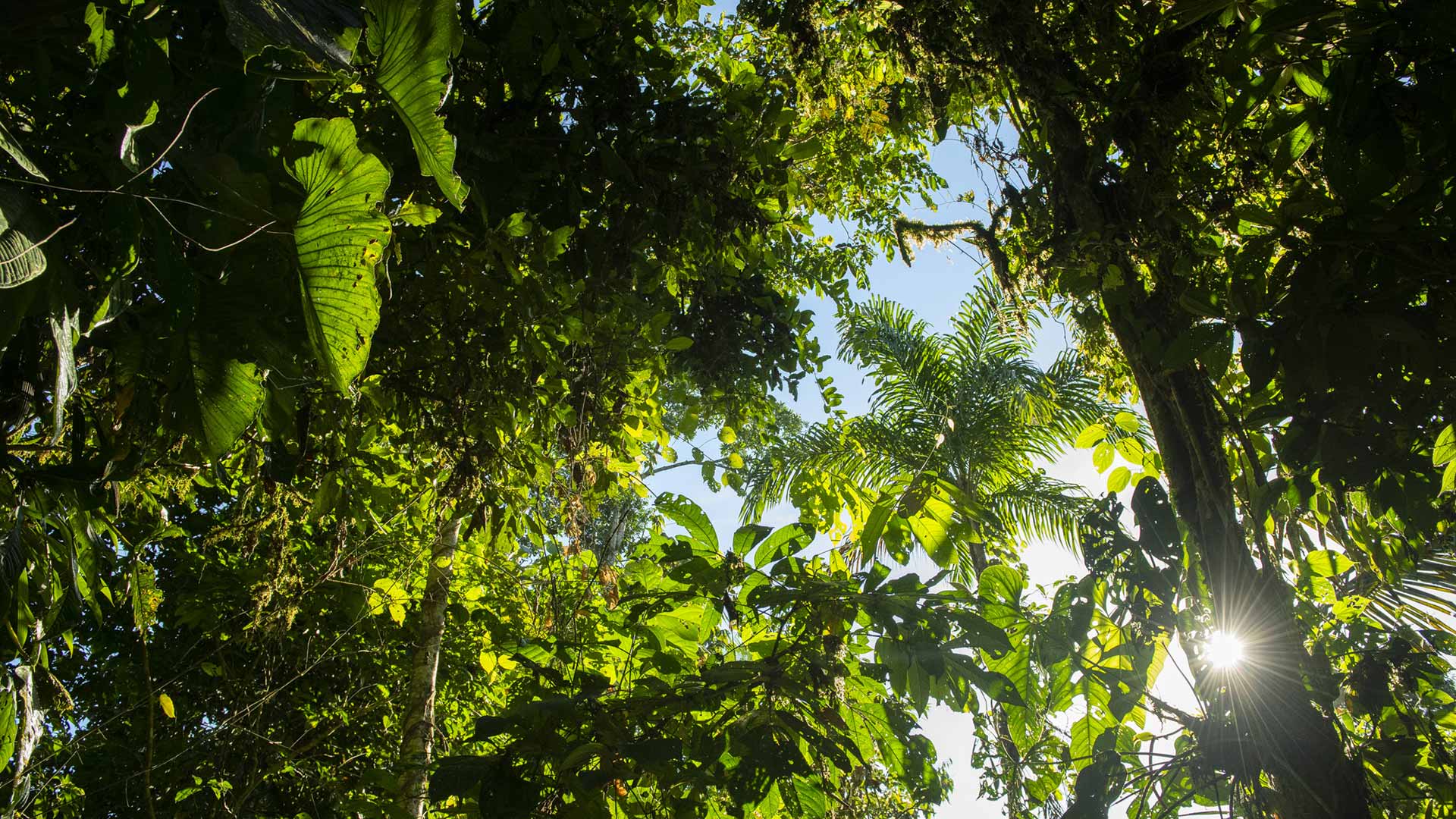 As the nettle’s thorns smack my skin, slowly filling it with a blistery rash, César and Alex told me more about the A’i Kofan. At one point, the population reached 20,000 inhabitants. But constant threats and invasions during the “rubber rush” reduced communities ten-fold. Many people died or disappeared. Rivers were polluted; locals became sick. Today, the main struggle is to protect the headwaters of the Aguarico, which, if affected, could leave already weakened communities without clean water and food. And despite being located within the Cofán-Bermejo Ecological Reserve, environmental disasters, as a result of the contamination, could reach all the surrounding rivers, without distinction of where they lie.

Examples such as the case of Sinangoe show that the only protectors of these territories are their local inhabittants, who without hidden interests preserve the dream of their elders, the ancestral right to be who they are and live as they decide to do so within the safe, clean, thriving forest that is their home.

Alex is also a musician. He composes songs with his guitar, inspired by his elders’ singing during ceremonies. Through powerful messages of satisfaction, relief, pain and distress over the current state of Kofán life, Alex encourages the community, through his music, to preserve culture and nature. Whether in Spanish or A’ingae (his native language), Álex’s voice reverberates within those who listen to him, including myself.

In the Aguarico River, the spiritual connection between the A’i Kofan and the Atianvi a’i (the “invisible people”) taught the local communities to care for their land. Like the athensiandekhu (their elder sages), the Lucitante brothers and the Avié community seek the revival of their nation. The knowledge of their forefathers, the native language, the knowledge of their sacred plants and values of their culture are the basis of their education; what they wish to transmit to the youngest members of their communities.

The journey now continues to the land of the Siekopai. I don’t know what awaits, but I tread along the forested path transformed by Alex’s melodies which still echo in me: “I’m from the Aguarico, the river with whom I talk every day. With his voice he tells me to take good care of it, accompanied by his brave guardian spirits, blessed by the yagé”.

The Cofán Avié community is located on the banks of the San Miguel River, in Sucumbíos. To get there, visit Sevilla, an hour from Lago Agrio. There are buses that leave three times a day to the port. You can also get there by transport or rent a taxi ($ 20). For more information call + (593 9) 9234 8399.