Transcending the mind: the art of observation

Artistic expression for Guayaquil master Jorge Velarde can only be visual, ‘purely visual’, and thus, in many ways a visual arts purist, Velarde lies before (perhaps after) intellect, to one side (perhaps the other) of concept, in an exclusively figurative realm, where faces and bodies are doors through which the viewer’s eyes can, and inevitably, must trespass. Like masks, Velarde aims to invite the curious mind, like ambassadors of the imagination used to reach out to others, luring it into silent, wordless, lingering worlds of artistic existence.

Thanks to his enviable technical skill, sense of composition and palette, and whether inspired by religious art, Magritte or comic strips, Velarde sets the standard of Ecuadorian Art today – incidentally, his palettes, central characters in his life, have also made it onto the canvas. 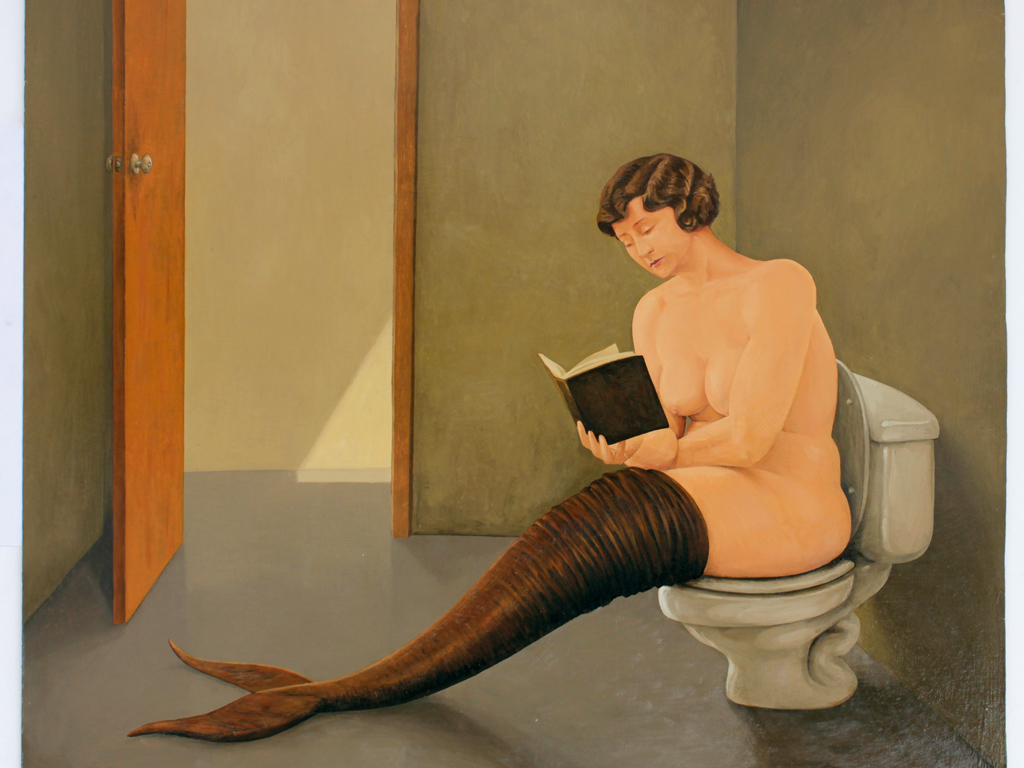 Through a dauntingly eclectic array of representations within what could be summarized, in many ways, as portraiture – many of his works are quite simply portraits of people, (some stranger or, let’s say, less conventional than others, but human forms, nonetheless), the entire body of his work may seem not only disjointed, but overwhelming. He self-deprecates by calling himself ‘lazy’, which is hard to believe, of course, given the attention to detail in his work (including a healthy passion for individual studies and large-format pieces that you can’t just ‘wing’).

“My work is simple,” he explains: “Apart from what you actually see in the frame, there’s not much more going on. I don’t think too hard…” Maybe it is this that makes it all so fascinating… and challenging, in a contemporary world like ours in which so much ado is placed on ideas, cleverness and conceptual breakthroughs… And yes, some of the subjects he paints are so deep in thought, so human in their stillness, it seems ironic that Velarde wasn’t ‘thinking’ when painting them. He’d say, I guess, that all it is is just lazy observation. The result would then be purely expressive and intensely visual, a moment in human existence captured for others to experience, internalize, and do the work. 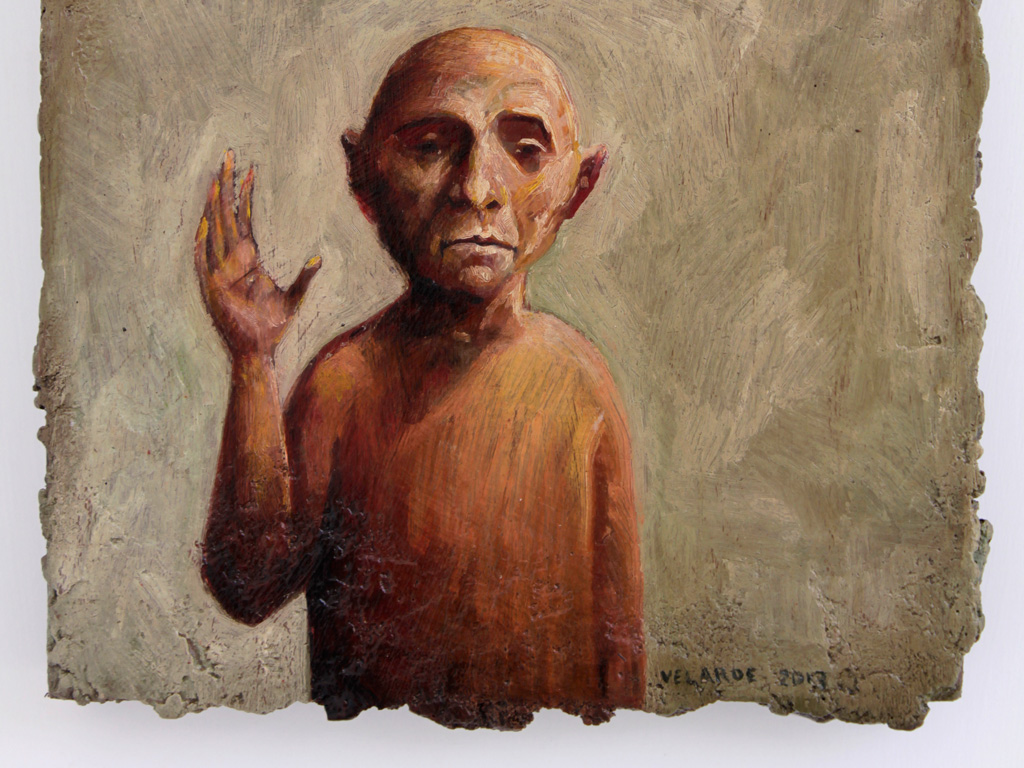