Internationally renowned Adriene Levknecht, considered among the top kayakers in the world, had to settle with second place at the Jondachi Fest, held in Napo Province in March 2016. But she didn’t seem too disappointed. She had fallen in love with the river Jondachi itself. A two-time US Paddle of the Year winner, who’s certainly seen her fair share of rivers in her life, she describes the Jondachi as “a beautiful river, world-class…

There’s a reason why so many people come here… It has this rare beauty. Every corner you turn, in the middle of nowhere, in the heart of the jungle, is so green and alive and beautiful.”

Although the River Jondachi’s promise of amazing, adrenaline pumping Grade-4 white-water runs is the initial reason hundreds of Ecuadorians and international aficionados visit the river, swelling to thousands during the actual Fest itself, it’s the river’s beauty which seems to enchant them most of all; which is why the event – without doubt, a showcase for the sport in our country – is also a celebration of the great Río Jondachi.

Matthew Terry, a keen paddler all his life, organized the event to celebrate the river and the sports of kayaking and rafting, but also specifically to raise awareness of its fragility and the threats that overshadow its future. For Terry, it would simply be inconceivable that one day -apparently sooner rather than later this prodigious source of pure water from the Andes, would no longer be able to play the role of invaluable tourism magnet to these distant reaches of Tena and the Ecuadorian Amazon Basin. 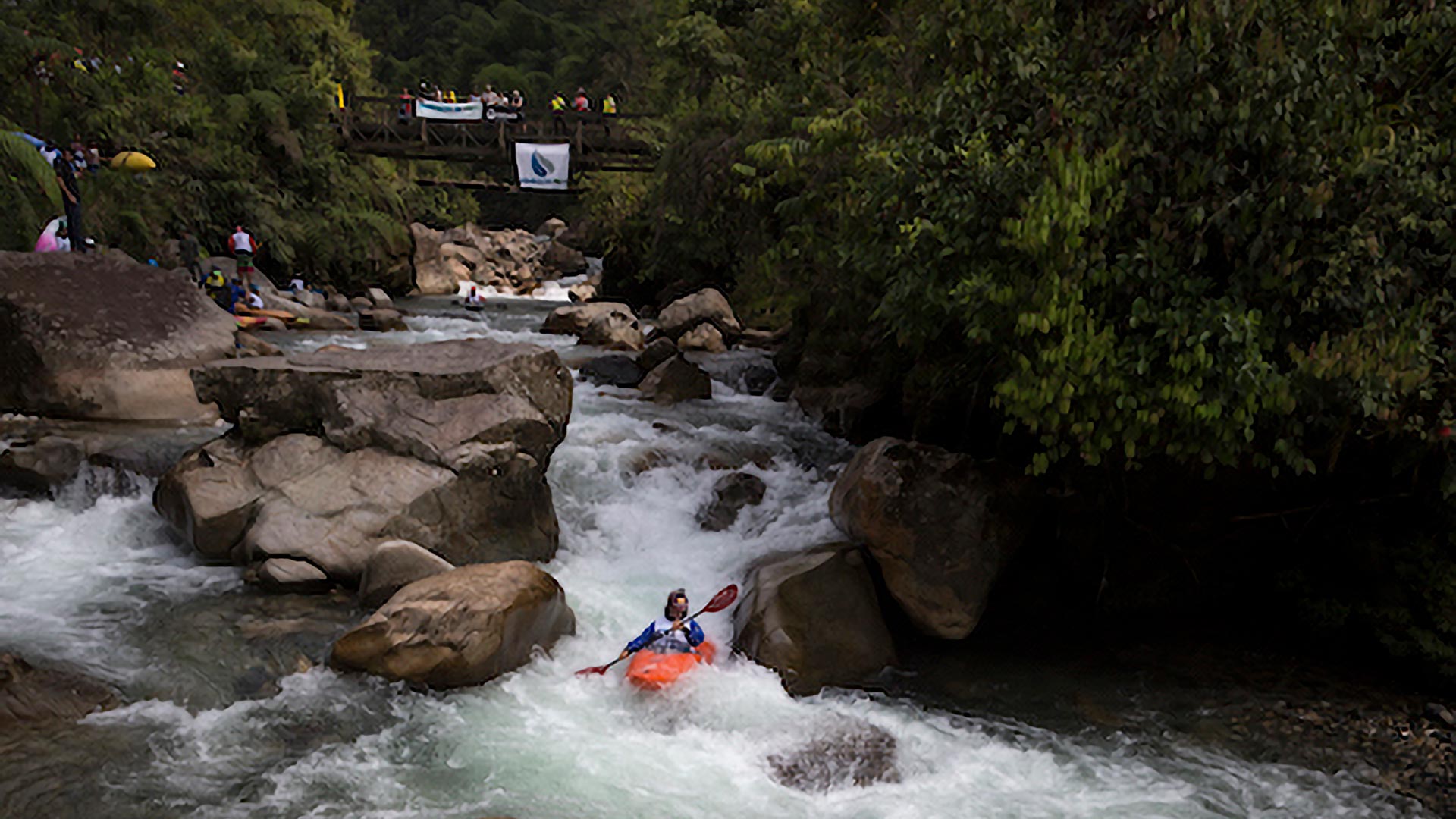 Don’t mess with the Jondachi

The waters of the Jondachi roil their way eastwards through intricate canyons and fabulous gorges, descending the flanks of the Andes — or rather, carrying the Andes with it, along its sparkling wake, zigging and zagging down narrow channels carved through the rock, scythed by waterfalls, lined with spectacular boulders and flanked by the green majesty of towering tropical trees.

This natural sanctuary is home to one of the most delicate and fragile ecosystems on our planet; literally, a lifeline that joins the high Andes with the lower tropical Amazonian rain-forest. Rivers like the Jondachi are life-bearers: they carry the rich minerals of the mountains with them, sowing fertility wherever they flow, while providing pure water for the inhabitants of their banks and watersheds, and agricultural life everywhere they pass.

According to Matthew, this “free flow” is threatened by the hydroelectric projects that will result in ”high cost and low benefit”, never to be recovered. With dam projects located higher up the Andes, he insists the natural passage of the waters would dwindle, annihilating, in the medium term, the river’s breadth, and the sustenance the Amazon basin communities derive from it.

There are two hydroelectric plant projects that threaten the river. “With over 2000 rivers to choose from, some of them already contaminated, why would anyone choose this particular one to destroy?” says Terry. His rage is certainly understandable when placed in a long-term, broad context. The tourism activities on the river, one that most Ecuadorians have never heard of, bring welcome and significant income and jobs to the remote communities of Tena and other nearby villages in a sustainable, environmentally-friendly way. 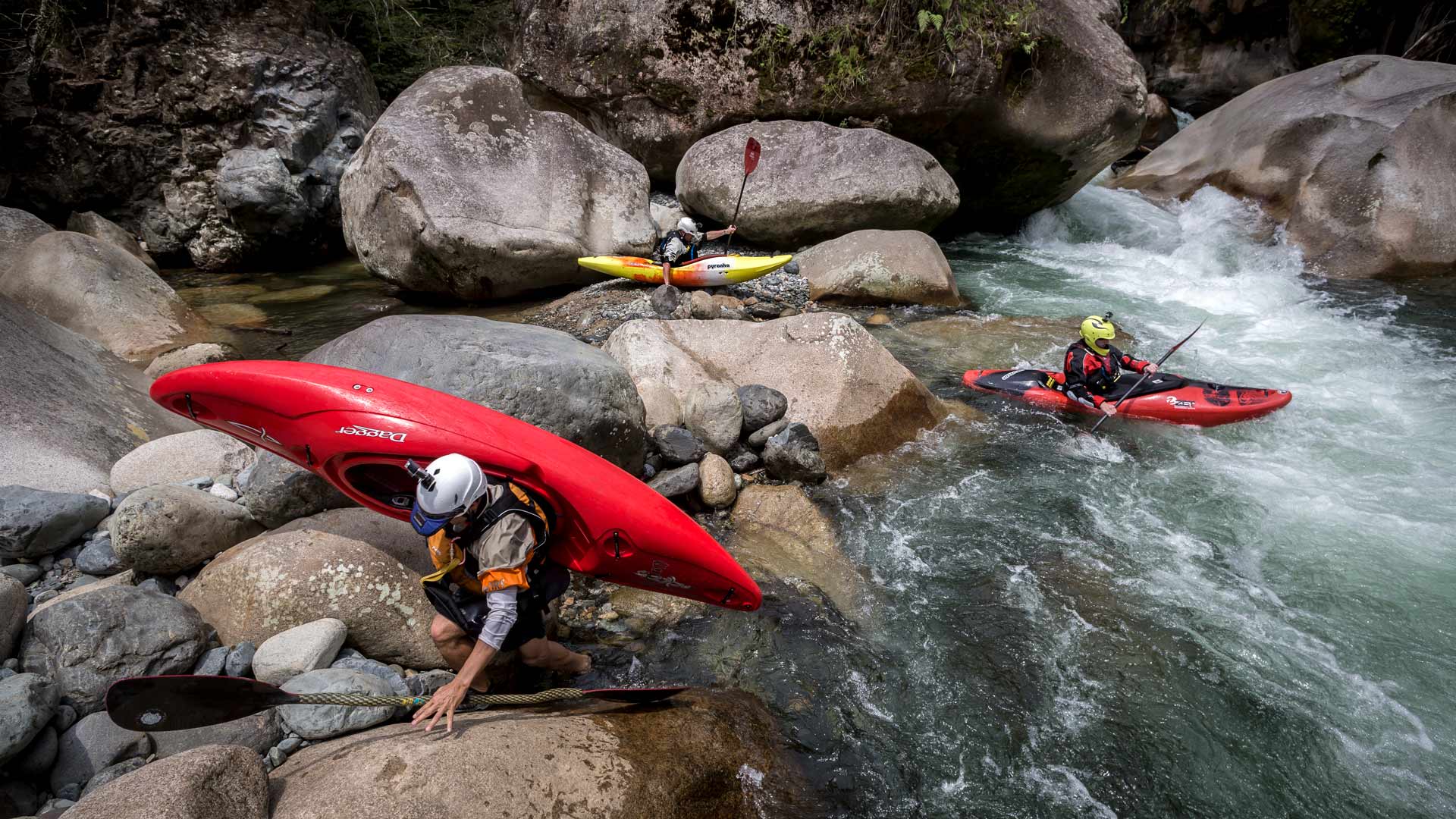 The Jondachi has played its part in placing the region and Ecuador as a whole on the international sports community map, building up Ecuador’s reputation and importance on the global tourism stage as an adventure, “eco” destination. Through events like the Fest, the river and the region’s fame will only grow — impossible if it’s affected by the dams.

Festival in the Forest

The festival not only seeks to secure the future of kayaking and rafting in Ecuador, but also to create an ecological corridor between the Jondachi, Hollin, Misahualli and Napo rivers, which, ultimately, feed the great Amazon River. It remains a great family-friendly celebration conceived to raise awareness locally, nationally and globally about the conservation and importance of special rivers such as this.

Kayak enthusiasts and professionals from Ecuador and beyond, ecotourism, adventure sports and rafting enterprises, cultural promoters and dozens of volunteers participate in the organization of the event: there are exhibits, talks, bike rides, cultural and tourism fairs, great food, hikes to nearby waterfalls and river activities along the Jondachi, Hollín, Misahuallí and Napo rivers to enjoy… and the cherry on the cake: a full-blown closing ceremony and party!

Thanks to rivers like the Jondachi, kayakers and rafting amateurs and professionals alike have fallen in love with our country. Every January, the organizers of Jondachi Fest invite you to join in the fun and celebrate the great river. Because we must celebrate it while we can.

Note: Jondachi Fest 2022 will be canceled this year; we’ll have to wait till January 2023…