Orchid tourism is almost half a century old. But, as Omar Tello explains, “the problem is that it was never really tourism, it was trade — hard-core trade— and the impact is still felt today.” Omar explains that orchid tourism was never about wandering the wilds in search of orchids for what they are, but to hunt them, transport them to houses thousands and tens of thousands of miles away, essentially extracting them from their natural environment. Thousands of plants were removed from Pastaza Province. The vast majority would die en route to their final destinations or at the hands of housewives and their planters. It was more like tourism inverted. The orchids were the travelers, not the tourists. Tello’s voice turns severe: “They are to be enjoyed in their natural habitats, in their homes. They are not to be taken.”

The experience of observing orchids is complemented by viewing dozens of valuable plants, flowers and trees in the paradise Tello has recreated with his Botanical Garden. The walk takes us to meet hundreds of species, species of palms, species of fine wood trees, plant species that the ancient Waorani use to bathe, medicinal species that can cure various types of cancers, species that are dyes, species that grandmothers used to fatten up “skinny girls”. A cryptic, fascinating and infinite world lies in this magical place near Puyo. 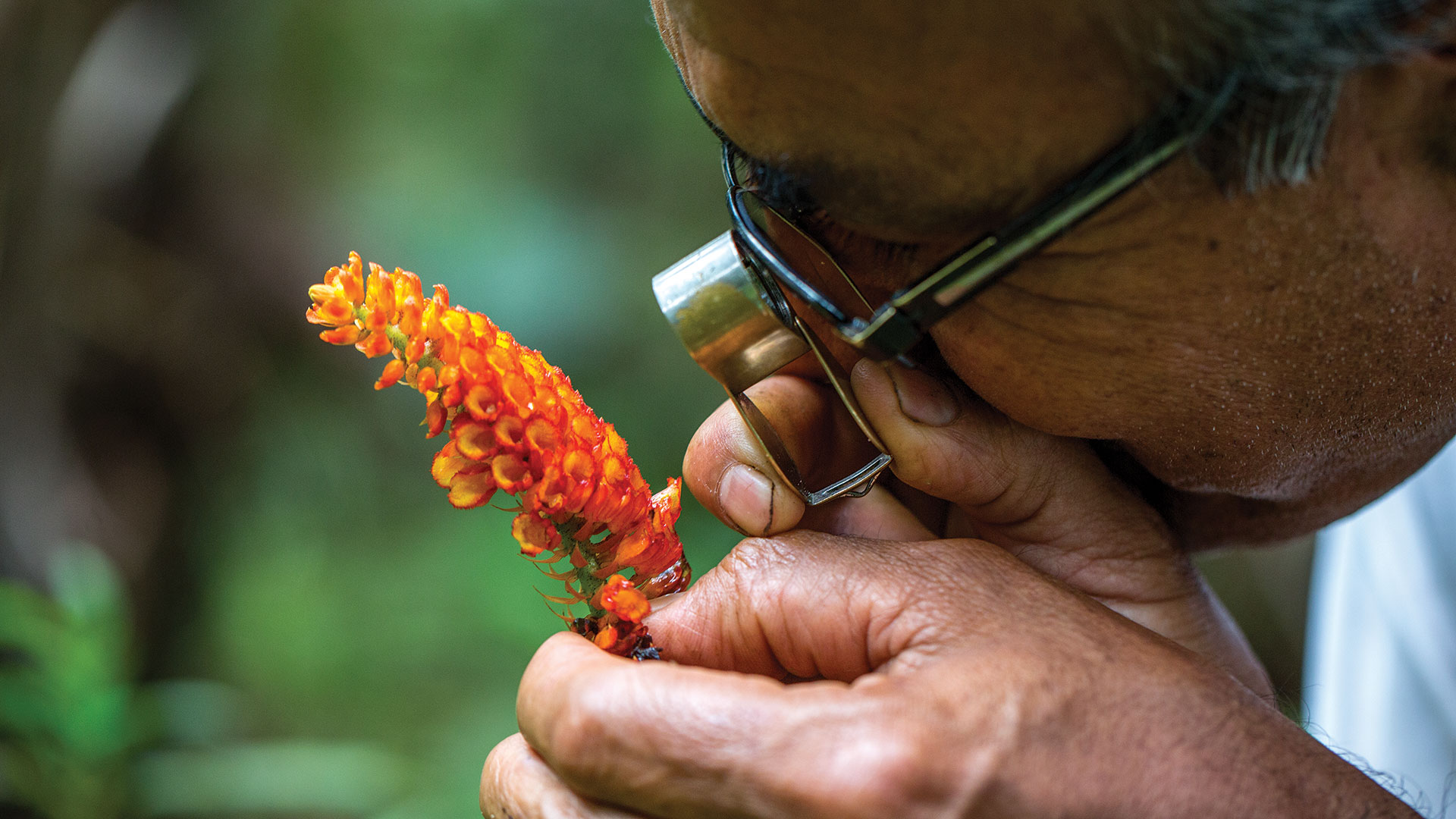 Omar Tello’s life project began when he was only a child, “having enjoyed paradise and having had to witness its destruction,” a deep blow to his soul that motivated him to seek alternatives to extraction. He has found some of the solutions, he tells us. Only that implementing them without funding is an uphill challenge.

The garden only extends across seven hectares. What was once pasture for cows in 1980 is today a lush jungle. It was not created with tourism in mind, but with three main areas of focus: forest conservation, applied biology and reinforcing native culture and wisdom. He began with the hard work of removing all the elephant grass from the land (which turned out be far harder than he imagined it would be). He then studied the soil: made of clay, it was hardly suitable for populating with the very particular native species he wished to grow. But over years of analysis, he created a certain methodology. “Now,” he says, like an enigmatic alchemist of old, “I know how to develop soils and create ecosystems.” And once you can recreate ecosystems, you can focus on the recovery of endangered species. 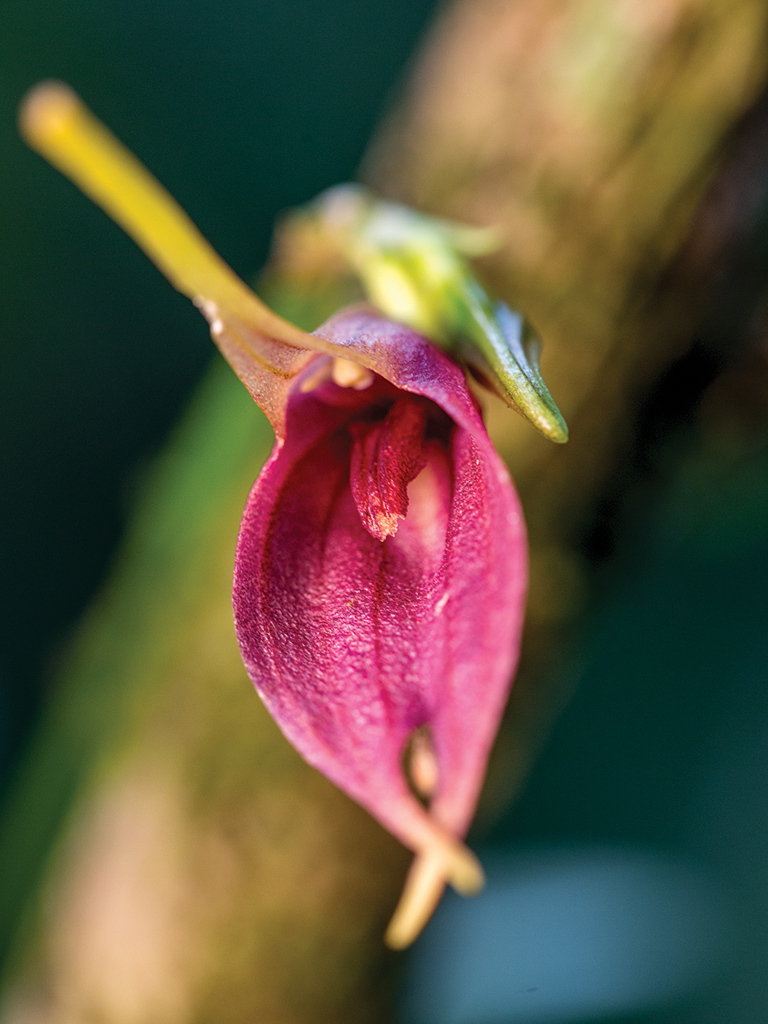 “We have dozens of species of fine wood that have never been profitable, since they take too long to grow. We rescued the plants from forests that had been felled. We rescued everything that was still alive, saving plants that would surely have disappeared. Here we have species that are all-but unknown. For example, the roofs of typical Amazonian houses. In indigenous villages, one used to observe thatches made from a variety of different species. Now roofs only use the toquilla straw. But I have plants with which the roofs of old were made, and which last 20 to 30 years. I also have the ancient fibers to make handicrafts such as pita, a fabulous thread with which you can even make shoes!”

Omar Tello can talk about his jungle world for hours, intermingling biology with his knowledge of the forest and its deep cultural significance. The walk around his paradise park lasts at least two hours… or perhaps a lifetime.