Warm blue lights fall on the stage: women and men kneel, turn, disappear and multiply. Skirts with bright colors glide by. Surely you never associated furry chaps with ballet; or masks for that matter. Golden and turquoise sparkles suddenly appear, and dance fills the air. We’re lost in the infinite beauty of the textures.

It is the atmosphere, the movement, the emotion, the pulse, the expectation… it is life manifesting itself. Movements and voices that speak of a past that refuses to disappear, of traditions that return, of recovered identities that, for more than 50 years, have spread among incredibly vibrant, multi-colored fabrics and soul-filled dance steps. 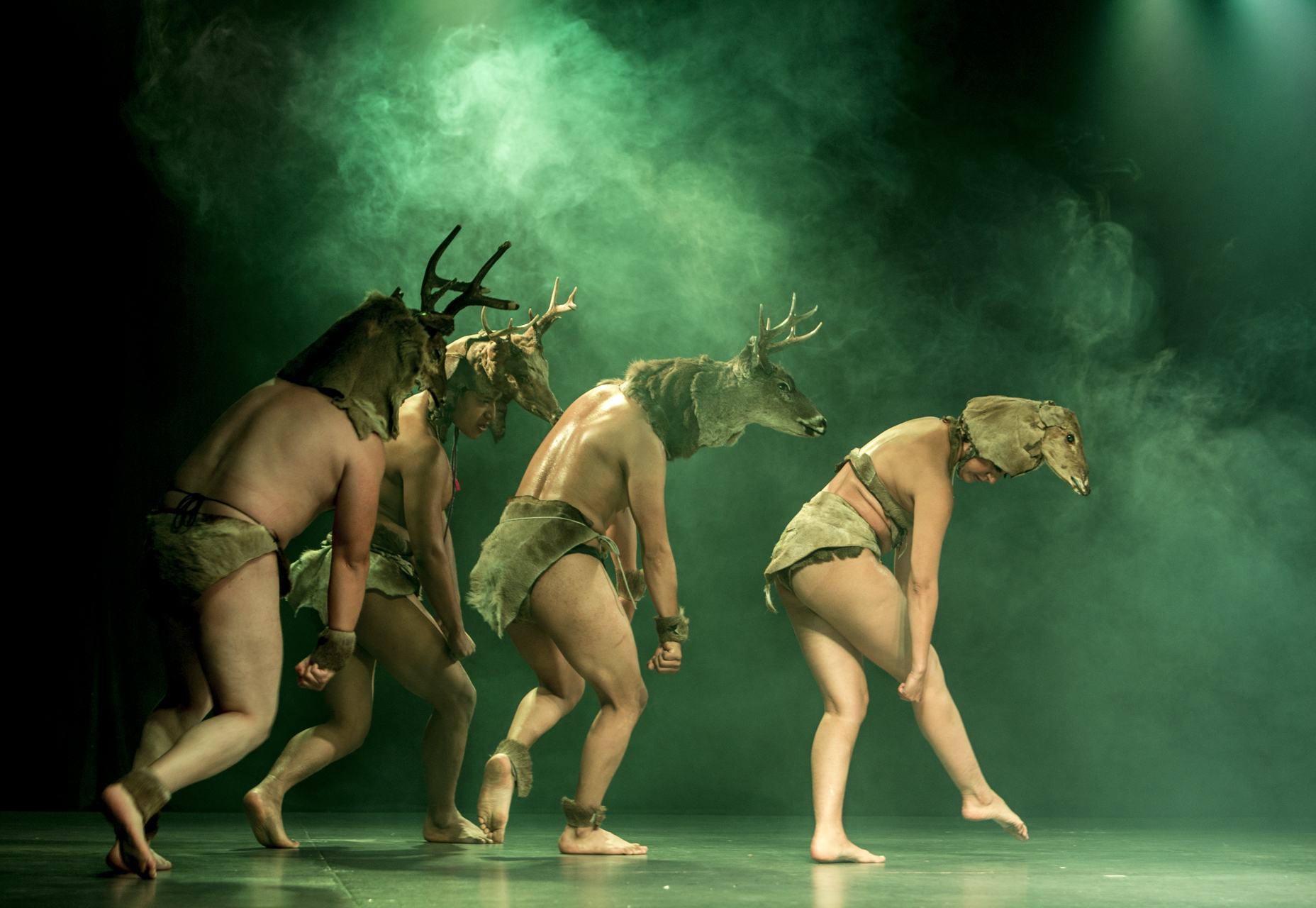 In 2006, the Ecuadorian government recognized Jacchigua, Ecuador’s national folkloric dance group, as the only “living museum” in the world and named it an official Cultural Ambassador for the country. The stories born of this manifestation of art and tradition, reach venues not only in our cities, but all over the world.

Rafael Camino was born in the miniscule community of Pilligsillí, under the protection of colossal Mount Cotopaxi. The son of a farmer and an illiterate mother, he was the sixth of seven children. He says his upbringing was different from that of his siblings: he spent a lot of time with the children of the lady who nursed him while his mother worked. All of them were indigenous, so Rafael feels very much a part of that culture, despite his pale skin and blue eyes, which he inherited from his father.

Jacchigua comes from the kichwa word “jachima”, the name of the celebrations that take place during the grain harvest at Hacienda La Compañía. This was a special moment when the land owners engaged with the natives, the only time of year when they carried crosses with corncobs and wore necklaces made from potatoes. Rafael remembers these get-togethers well. 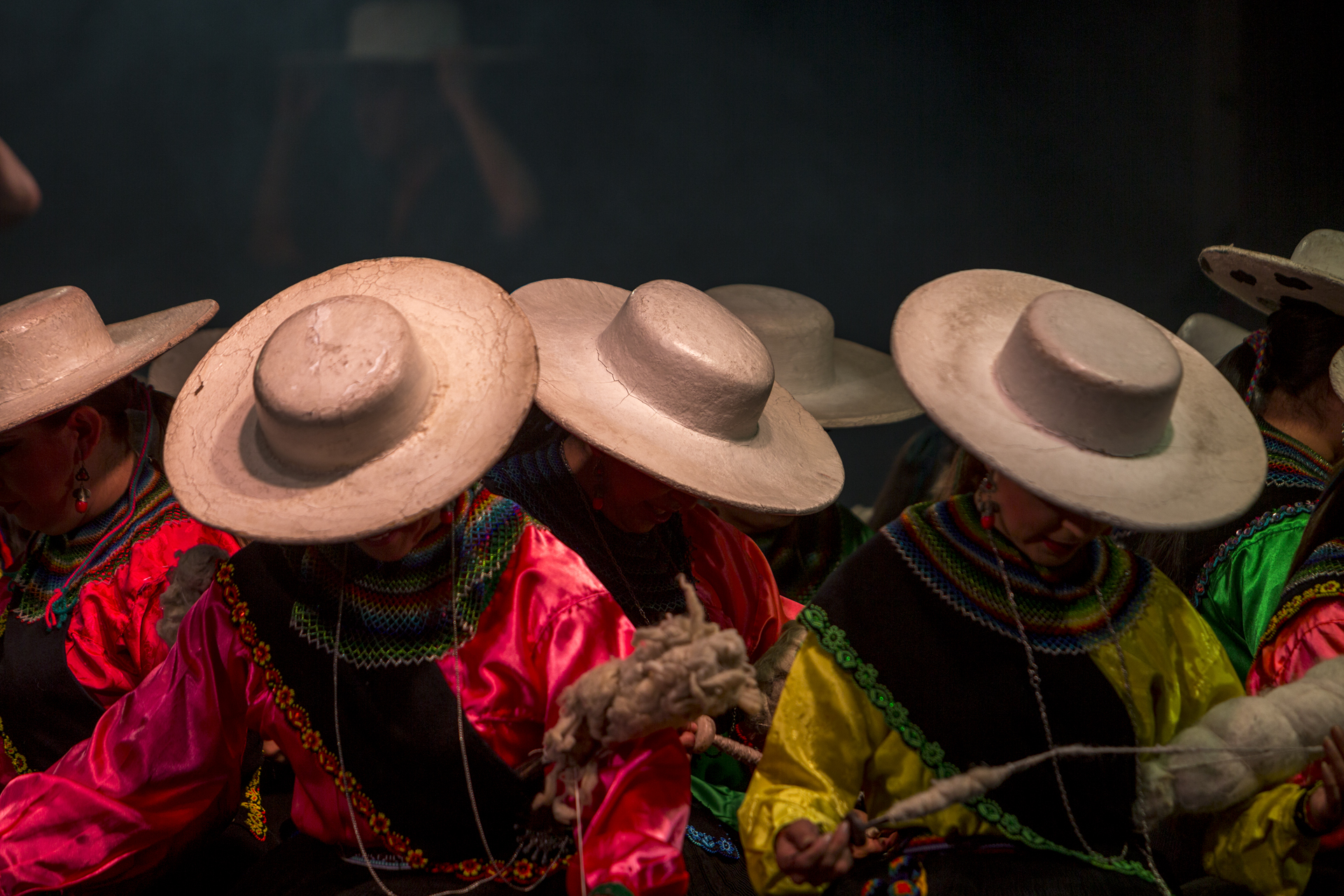 He also remembers that he was seven when he left home and began to make a life for himself. And dance became very much a part of that life from early on. He participated in street festivities in his community and was always deeply moved by the characters, costumes, legends and traditions, in which he discovered a wealth of identity. Throughout his life, he encountered many friends who were willing to help him showcase Andean culture, like José Vicente Mantilla from Teatro Bolívar, or Hernán Crespo and Eduardo Proaño, of Metropolitan Touring. Today, he is the founder and head of Ecuador’s most celebrated folkloric dance company. And his dream continues to grow.

Jacchigua represents an important legacy to the world: the performances reflect sacred festivals, ceremonies, rituals, ways of life, and the beliefs of Ecuador’s peoples… But Rafael also drew inspiration from his own life. His grandfather served as butler on an hacienda, and as a young man, his father also held this post, something Rafael discovered by speaking to locals as part of his research to find data and inspiration for his work. His Huasipungo shows the deep emotional burden of these discoveries. Although the novel of the same name is considered one of Ecuador’s most celebrated works of fiction, Rafael says: “I was not inspired by Ycaza, the writer; I was inspired by my own story, my own memories and discoveries.” 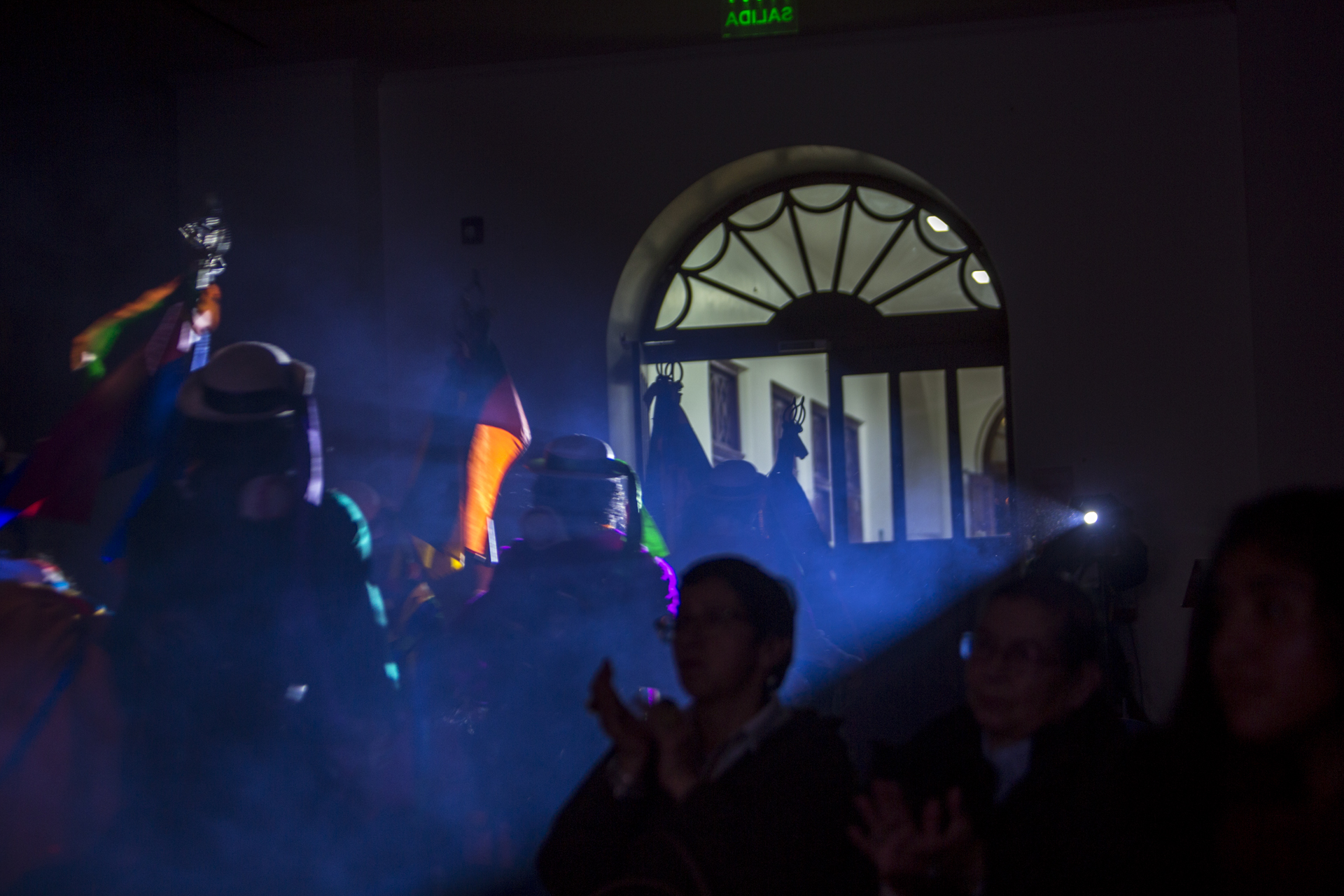 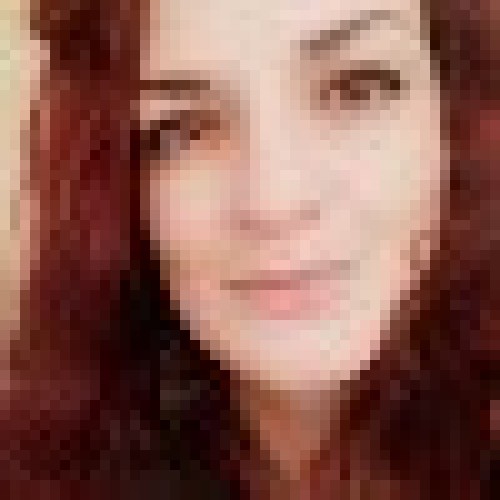