In the Eyes of the Scientist

We are connected to our natural world from birth. We are a living part of it. And yet, how much do we really know about everything that surrounds and shapes us? Human curiosity is as ample as its history; and there are people who work every day to elucidate the tiniest of clues as to what we are in the unfathomable, infinite cosmos of Nature.

Phylogeny is a term that refers to the origin, formation, and evolutionary development of species. Through this science, we can retrace our steps back to the beginning of time and begin to understand how plants and animals are what they are today, and what we share with other organisms. Thomas Couvreur, PhD in Tropical Biodiversity from the French National Research Institute for Sustainable Development (IRD), and an invited researcher at the Pontificia Universidad Católica del Ecuador (since July 2019) works in rainforests throughout South America, Africa, and Southeast Asia to understand these processes. 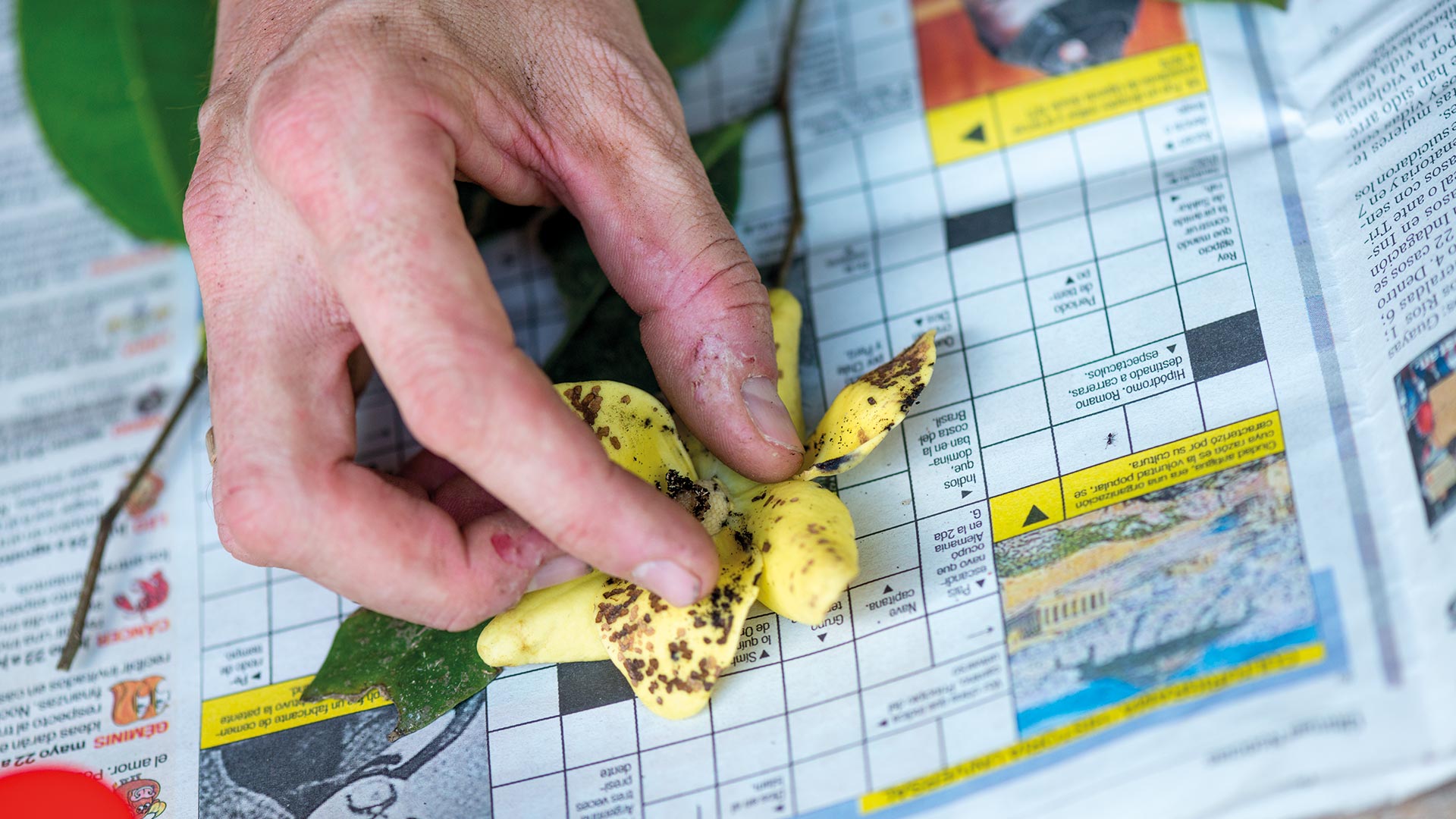 To a layman observer, the landscapes of these three world regions may seem almost identical, but Thomas explains that, in reality, they couldn’t be more different: “it is extremely rare to actually find the same species in a jungle in the Neotropics and a jungle in Africa.” The scientific work for a botanist such as Thomas is, thus, one of great patience: finding and understanding these differences requires the most intense attention to detail.

There are different fields of study that aid scientists in these quests for knowledge. Taxonomy, for example, seeks to describe the differences between species. Molecular phylogenetics reveals biological connections and divergence through DNA sequencing. The objective of such research is not only to take us to the past, but to understand the future. Through species modeling, Thomas can envision the impact that future climate environments may have on the evolution of a species, helping him to posit the right habitat conservation strategies. 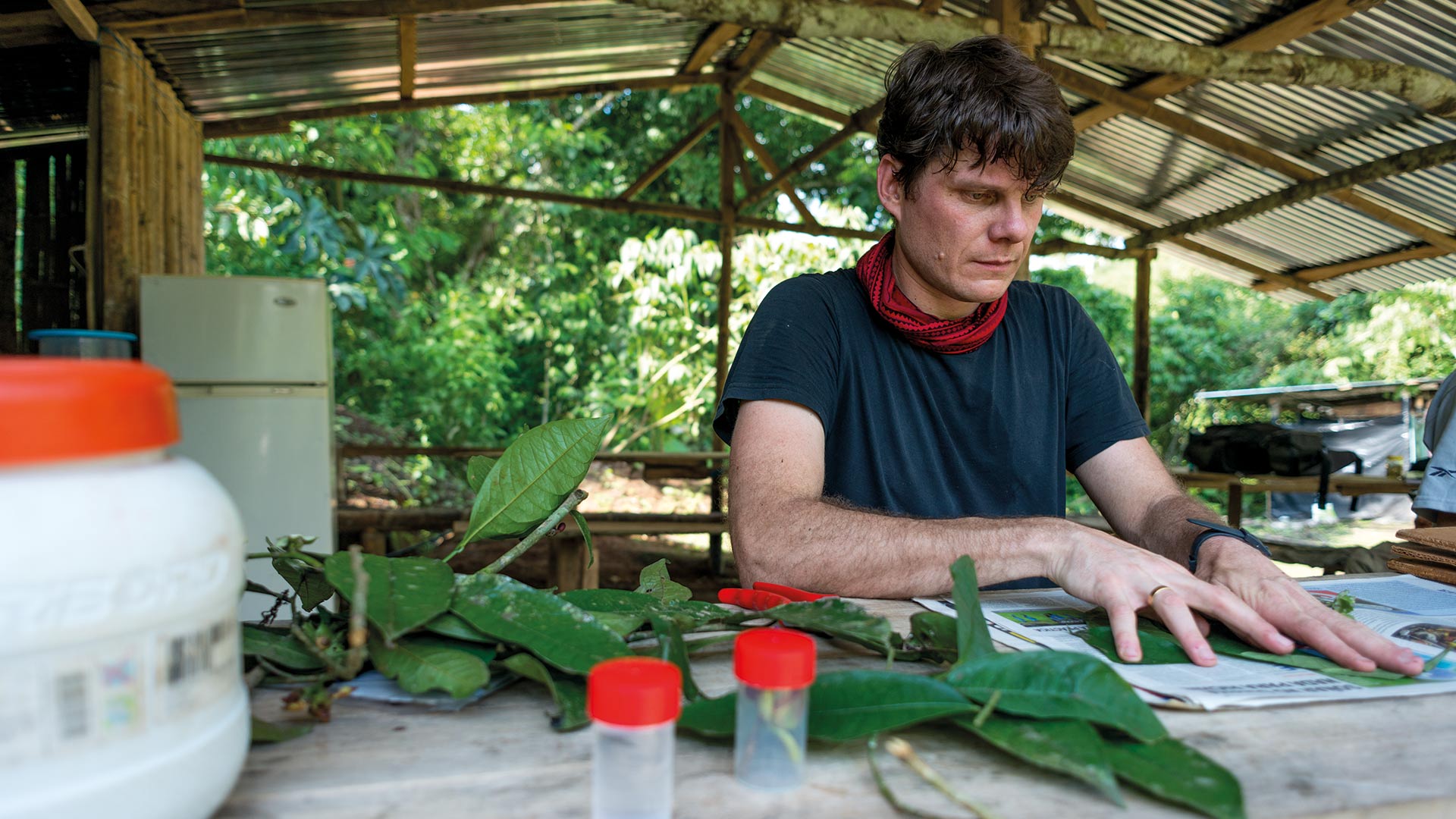 Out in the field

Thomas is studying a forest in the heart of the Chocó bioregion, in the province of Manabí. Amid mossy logs and mud, surrounded by lianas, leaves and the buzzing of a hundred tiny insect wings, Thomas asks me if I’d prefer to see the modern process of collecting leaves or that which Aimé Bonpland and Alexander von Humboldt exercised during their foray into these very wilds some two hundred years ago. I thought we’d be observing deeply contrasting methodologies, but I learned that pretty much the only difference between what scientists did back then and what they do today involves the use of a cell phone. Otherwise, little has changed. With the cell phone, they can upload information to a global network. Humboldt had to wait years to make it back to Paris and finally be able to share the information he had gathered during his expeditions with his colleagues.

Thomas uses a small branch-cutter to collect leaves from annonaceous plants (flowering plants of the cherimoya family), some of which he already collected on a previous visit. He carefully places his samples in a large bag so that they are preserved as best as possible. He takes pictures, writes copious notes and observations about the plant, the size, the color, the scent, and location. 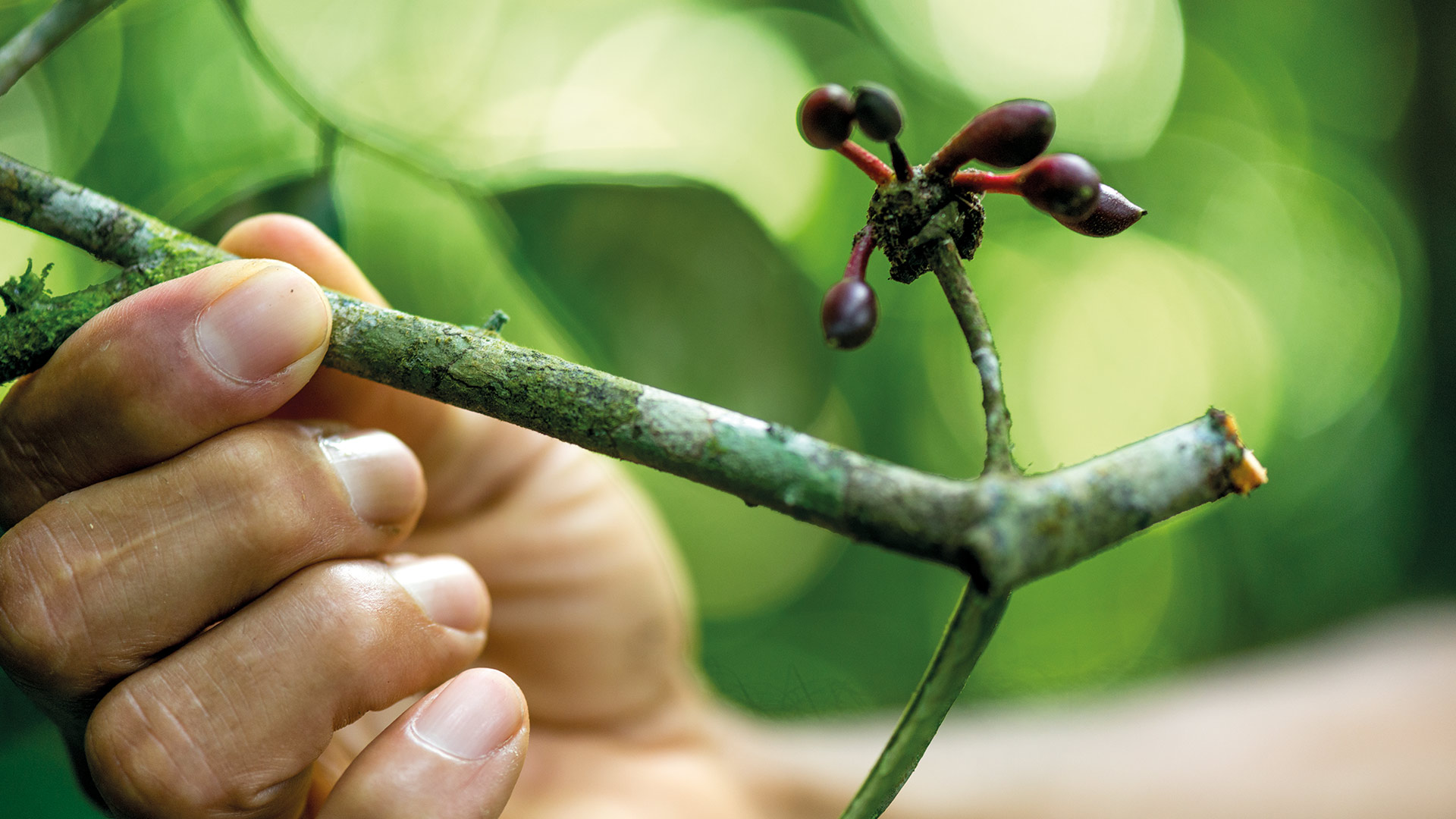 When we finally return to the ‘station’, he takes out of his backpack the basic elements he needs to conserve each sample: newspapers, collection tubes, alcohol, and two wooden boards the size of a coffee table book. The first thing he does is press the leaves and flowers by wrapping them in newspaper and pressing between the two boards. Once back at the university, they will be dried over a stove for two days until dehydrated. He tells us that the leaves and flowers can remain in this state for centuries, and thus be studied for generations. Some flowers are preserved in tubes half-filled with alcohol, which allows for long-term conservation, especially the flowers’ shape.

Thomas then picks up his phone and types; from my vantage point, it looks like he’s searching for a video or sending a meme. He is actually sending his samples to laboratories around the world so that the global science information network continues to expand. It is a wonderful collective process, powered by the passion of hundreds of thousands of people who, like Thomas, carry the curiosity of learning about nature and the environment in their veins, translating the obscurities of our deepest mysteries into a language that helps us understand what we are within this complex web of life. Herein lies the importance of this constant search for knowledge that will lead us to someday understand more completely what has brought us to where we are today and what will become of us tomorrow… as a species and as an integral piece of our planet’s puzzle.