The first ingredients of life on Earth, the first four elements that come together to forge the world we know, are spread over the horizon of the Galápagos archipelago like nowhere else on Earth, on perpetual display, for the entertainment and admiration of those who have reached its shores. The volcanic interior of our planet rises to the surface of the sea and, coming into contact with wind and water, creates chemical and physical reactions that transform the fire into extensive fields of hard rock, into the islands that draw the Galápagos map.

Water and wind continue their ongoing acts of creation, sculpting and chiseling out the islands’ contours, surrounding it all, and together with the complicity of the sun and the moon, carve the geology, the actual canvas of this remote paradise… But they don’t stop there. Thanks to them, thanks to the air and the water, and to the wind and to the sea, the life we witness here arrives: a wildlife before human life, that settles the barren earth of the Galápagos lava fields. 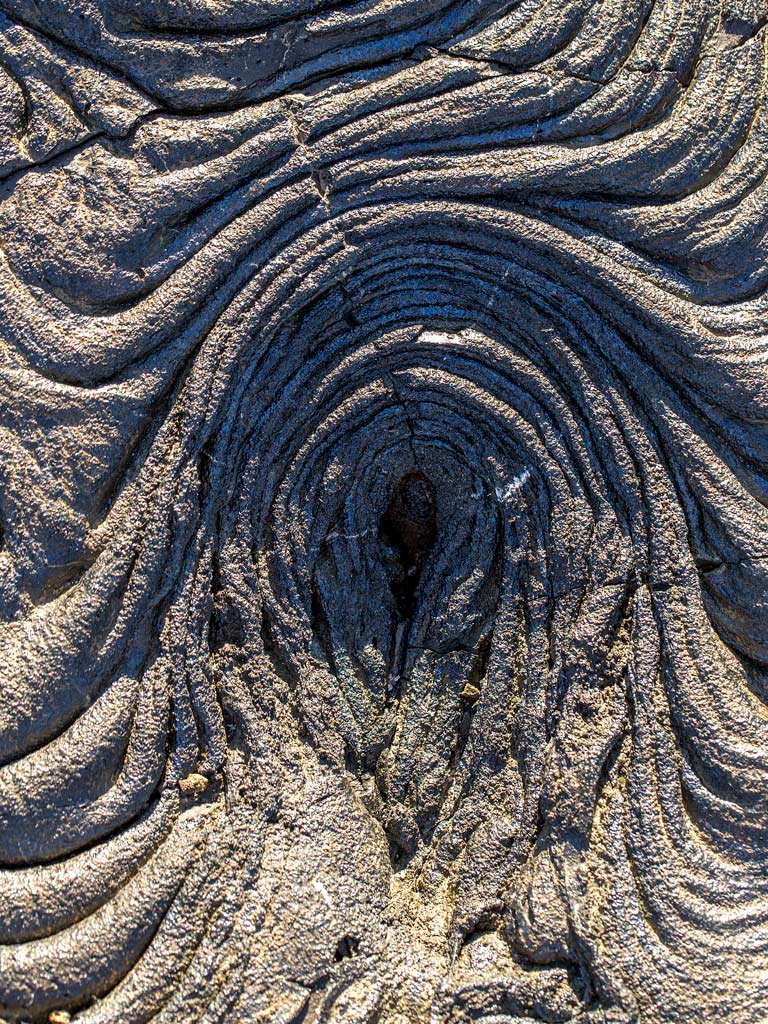 Some islets have succumbed to the power of the tide and its violence, half-moon craters drowning at sea. The fire sometimes breaks its silence, like a red heart exploding over the sunset, eruptions that lash out against the other elements. In the archipelago, thirteen active volcanoes still fume, all located to the west. There have been over sixty major eruptions since Charles Darwin visited. It’s poignant to remember that, when Darwin first set foot on the islands, the theory of tectonic plate movement was as yet unknown. Science still believed that the Earth was immovable and immutable; that God had made all things bright and beautiful in a handful of days; and that no alteration of that Creation was possible. 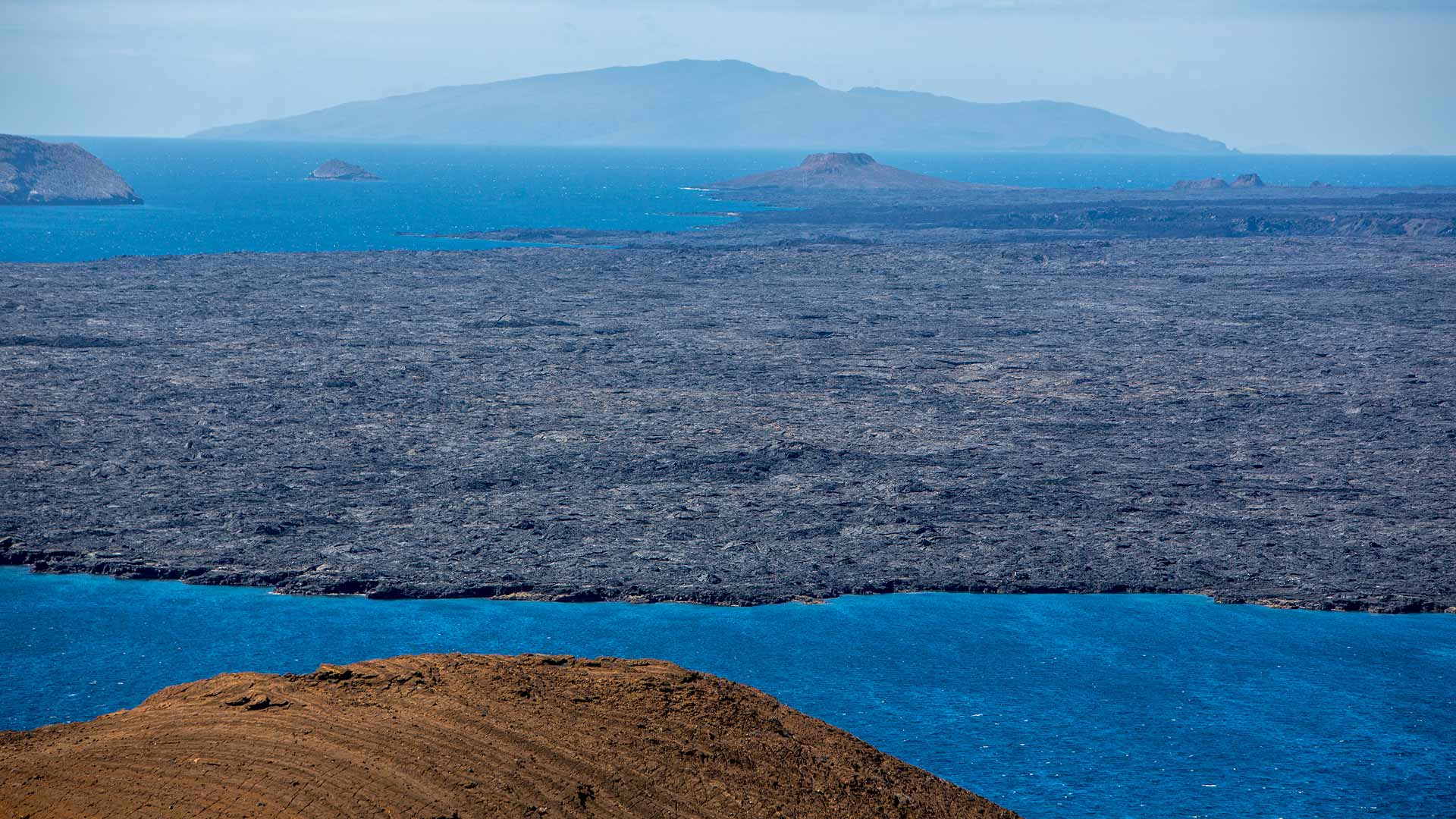 Lava fields of Santiago, the ‘Chinese Hat’ and Santa Cruz island in the distance from Bartolomé.

Our planet’s crust, we now know, is constantly moving. The Galápagos archipelago of volcanic upwellings is one of the world’s most brilliant examples of this, pulsating energy shooting up from the Earth’s entrails through a crack in the ocean floor that is continuously moving. Lava is the epitome of this energetic dance of life: it twists, contours, stretches and shrinks, it breathes… Every eruption here reveals just how much the Earth mutates, shifts, changes and evolves.

Scientists have described two realities of lava’s creative process on the Galápagos Islands. The names come from Hawaii — which, like Galápagos, is also a volcanic archipelago — and recount how the rapture of a’a flows are tempered by the sensual pahoehoe. As a revelation of this primal dualism, these two types of lava, this ying and yang of Earth, a most essential conversation takes place and is written on the black rock below our feet. We are here, at-once at the most ancient point of planetary existence, and also at the beginning of everything. This is the vision of origin. This is the day before it all began. 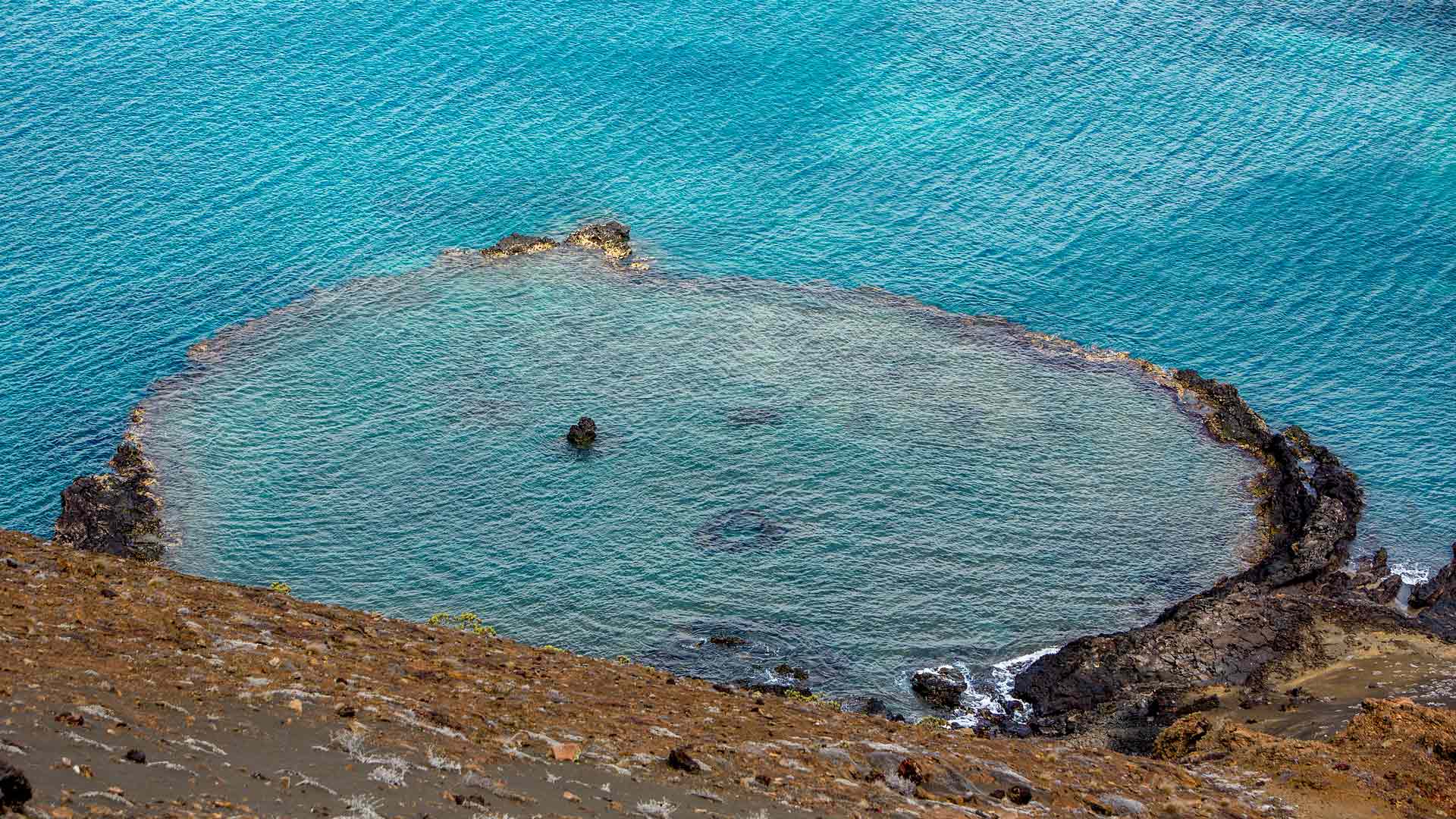