The Galapagos is that special corner of the world where everything it holds is unique. And an icon of the Galapagos’ uniqueness is located at the bottom right-hand corner of the archipelago’s map, on Española, a fascinating point out at sea that couples its dramatic geology with the life it brews, a spectacle of nature against the crashing waves.

Española, probably the oldest island in Galapagos, and the southernmost as well, is a suspended platform that just out of the ocean blue like a long-lost oceanic temple. 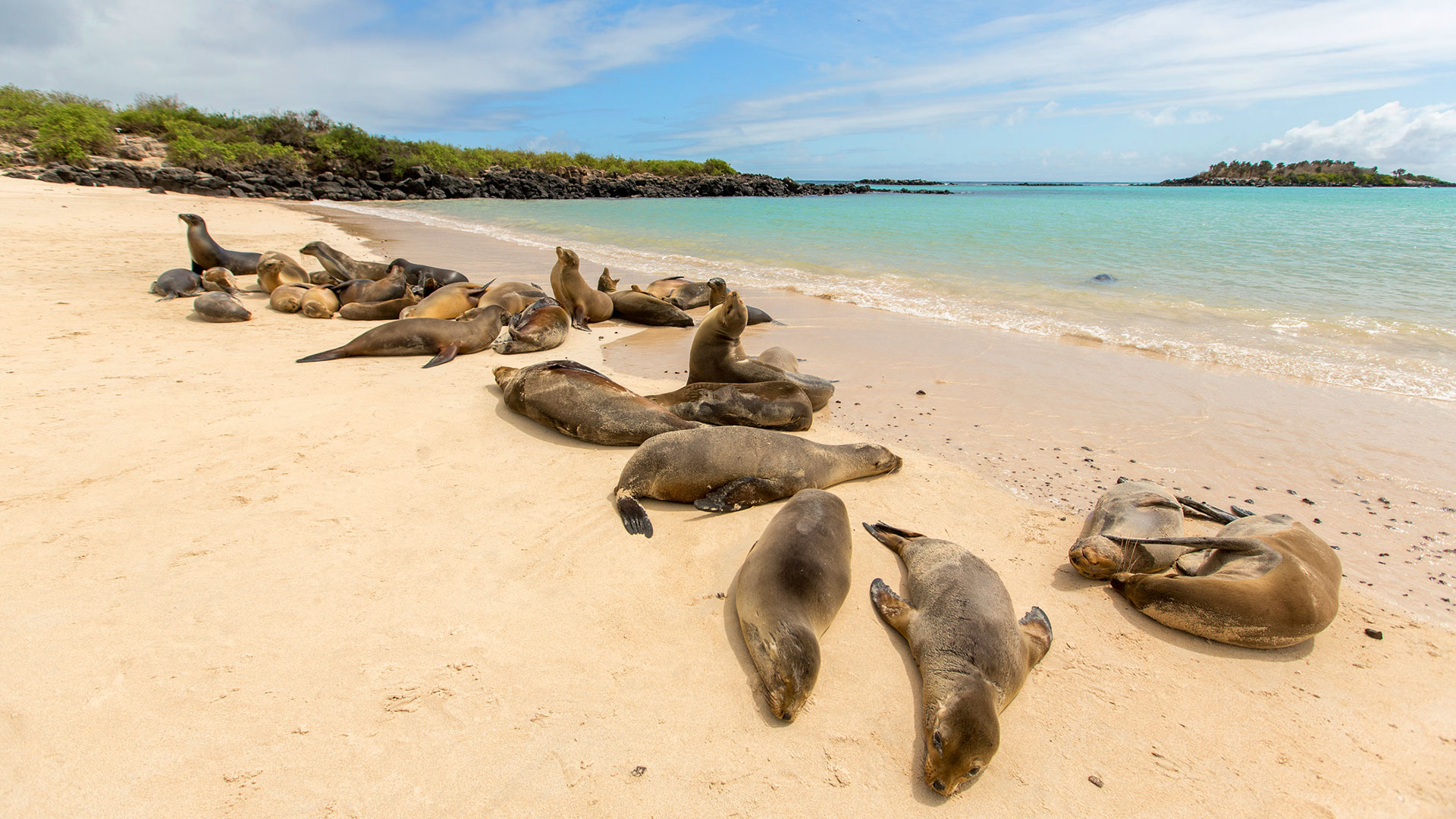 In technical terms, Española is a classic, albeit withered, example of a shield volcano. It came to be 4 million years ago, just as the Nazca plate was pushing against the Galapagos “hot-spot” that created the islands. It is thanks to this geological phenomenon that Española forms its perfect ‘plain’, an ideal place to settle and establish a colony for countless seabirds.

Two species of booby (Nazca and Blue-footed) and, in particular, the fabulous Galapagos, or Waved Albatross, are among the island’s exemplary residents, the albatross being a true treasure for both naturalists and bird-lovers alike. This tiny blip on the map is its largest, most important colony (only a very small residual colony breeds off the coast of mainland Ecuador, on Isla de la Plata).

Española provides the bird with a “runway”, an essential part of a young albatross’s education, a sufficiently ample expanse for this hefty fellow to learn how to take off (and eventually land in somewhat clumsy form).

When not breeding on these islands, this species of breeding on these islands, this species of albatross resides at sea for years on end (mainly off the coasts of Peru and Chile), spending the time not airborne – relying on its record-breaking 2-meter wing length – at rest on the ocean’s surface. Being on land is not an integral part of its year-round everyday life, though it is, of course, central to its reproduction and survival. Española is where an overwhelming majority of Galapagos Albatrosses are conceived, born, and raised. 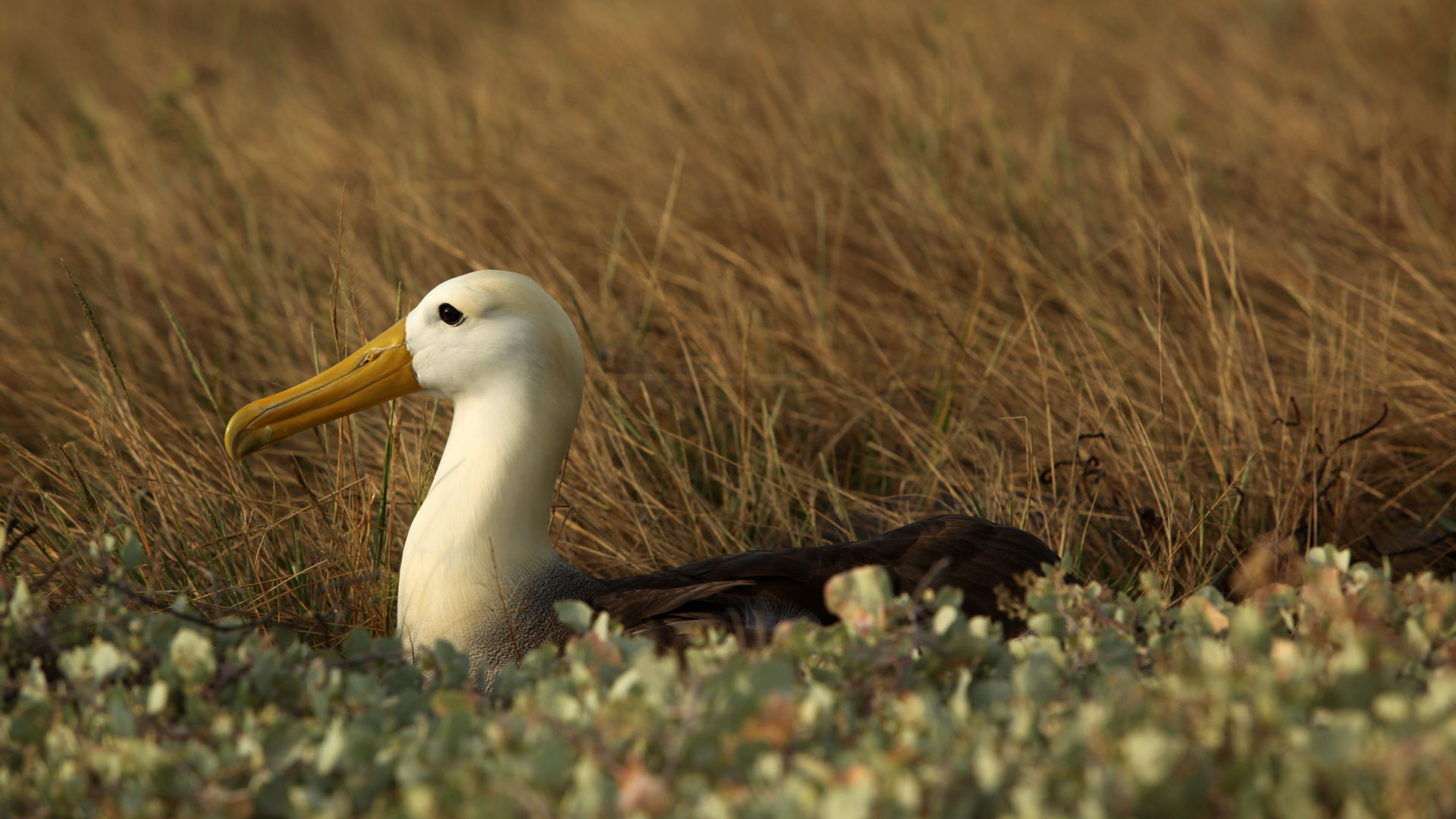 The age and location of the island make it a place of great interest; its isolation has turned it into a hotbed of speciation with many endemics, including its own mockingbird, lava lizard, marine iguana, and, of course, giant tortoise, one of the island’s smallest representatives.

The Española tortoise became a seriously threatened species after years of extraction by whalers, leaving the island with only 14 individuals; of these, two males. After enormous efforts by the Charles Darwin Foundation and the Galapagos National Park, there are now over 2,000. A tortoise christened “Super” Diego is famously accredited with bringing the species back to the world, helping to procreate over 1,000 offspring.

Beautiful white sand beaches are home to one of the great Galapagos sights: this island’s marine iguanas, unique due to the coloration of their scales during mating season. They are sometimes affectionately called Christmas iguanas, as they exhibit neon reds and greens throughout their body, which contrast profusely against the black rocks on which they rest. 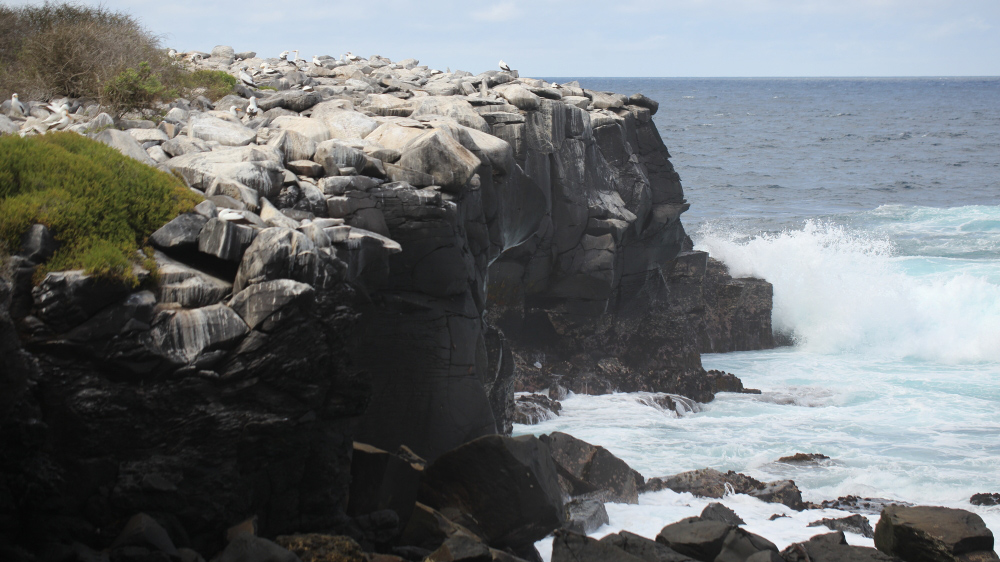 This endangered, one-and-only ‘world’, is only accessible via cruise ship and offers only two official places to visit. Gardner Bay offers a paradisiacal beach with crystal-clear waters, ideal for snorkeling and sharing time in the water with a lively community of sea lions.

Punta Suárez offers a walk along the nesting sites of various bird species, including the aforementioned albatrosses and boobies, culminating in front of the mysterious “Blow-Hole”, a geological phenomenon that creates a powerful spray of water that jets straight up into the sky as violent waves hit the rocks.