“Why are they so big?” I ask Wilmer Morocho, a short, hefty fellow with hair down to his shoulders. “We’re big kids, so we need big tops”, he says, as he takes a log in front of him, chops off the bark, places it on a rustic lathe, and starts carving. He drills a steel bit into the point and coils and nails a strip of metal around the middle. If it weren’t for his constant need for interrupting his work to tell us a childhood story with full use of his two hands, or play us a tune on his handmade guitar, it would have taken him around 20 minutes to fashion the top. An hour later, he hands the finished article over to me: it’s large – for a spinning top — and very heavy (around 2 pounds or 4 kilos). He explains: “it has to fit in your hand. Big hands need bigger tops”. 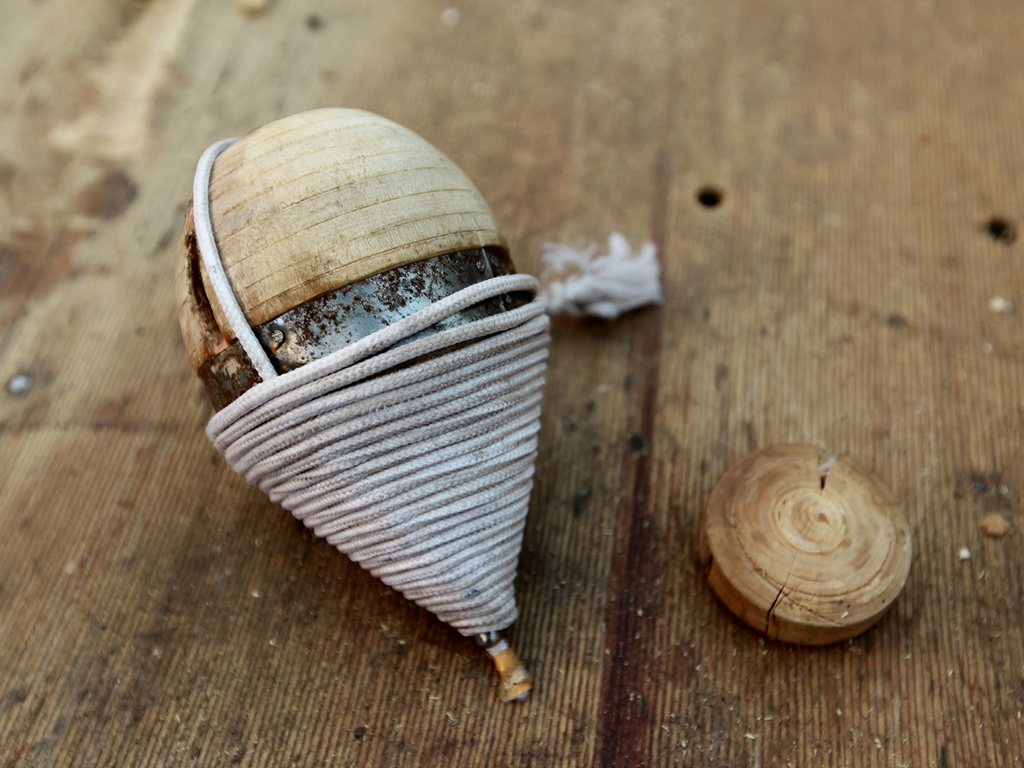 Playing top —the official name of the game is cabe— is like weekend Mass for Wilmer and his buddies at La Esperanza. They gather on any dusty road just off the Pan-American Highway and mark a finish line. One of the players will take a puck-shaped item from his pocket, placing it vertically on the ground. Teams usually consist of one good player and one bad one. A good player is not only he who spins the top well. “Good” is also valued in how proficient you are at harassing your opponents. Sudden movements and vocalizations just as a player is about to throw the top are perfectly allowed, just as long as there’s no physical contact. Once the top is in motion, it’s picked up and thrown against the puck, which in turn flies off down the road. He who makes the finish line first, wins.

Wilmer knows his grandfather played the game and is proud of keeping the tradition. Other communities in the area also produce trompos and play cave —there is actually a tournament in the summer during Inti-Raymi that brings cave players together from many parts of the country— but the custom is slowly disappearing.