When El Pobre Diablo closed its doors forever in late 2017, it made headlines in all the local newspapers. Facebook was awash with laments and tearful emojis. This bar-café enlivened Quito’s nights for almost three decades. It was the place in town to sip a canelazo, listen to live blues, indie or electronica, catch a provocative exhibit and chow a good potato locro or delicious morocho empanadas. El Pobre Diablo carved out a place as a cherished icon of La Floresta, a keystone in this particular neighborhood’s growth as the capital’s cultural quartier.

The local community certainly felt the blow. Art and music lovers lost their dive to meet and hang out. They also lost “El Conteiner”, the bar’s gallery, which had earned a place in the hearts of a broad family of creative Quiteños as a valued receptacle in which to exhibit their work, hold happenings, experiment and entertain the Pobre Diablo’s faithful crowd. 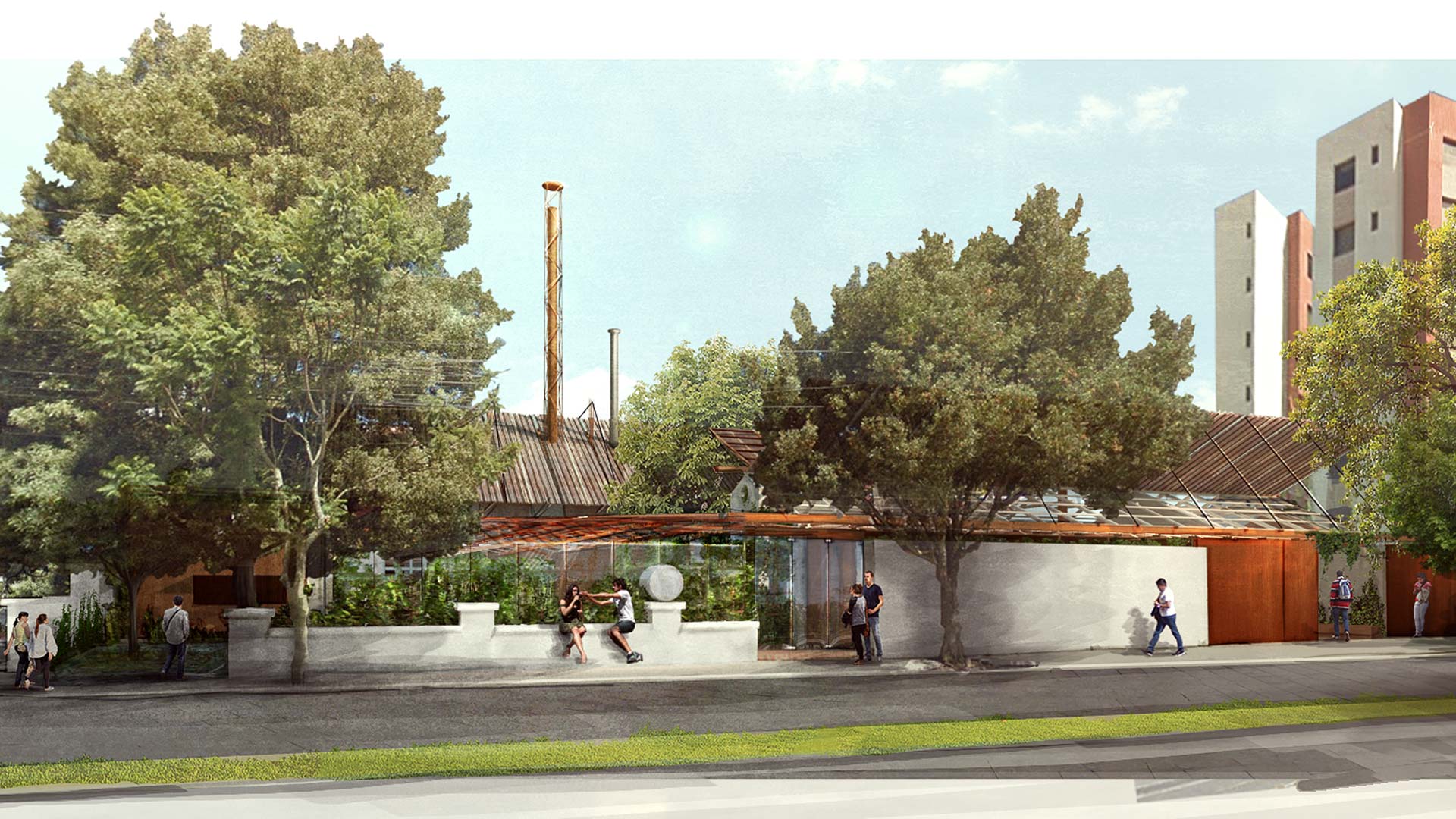 A few months after the bar closed, construction company Uribe & Schwarzkopf acquired the house. Uribe & Schwarzkopf has had a decisive impact on the development of Quito in recent decades. Over the last few years, it has embarked on a new and exciting journey, one that will forever change the skyline of the city, with aesthetics and a modern architectural vernacular at its core. With this background, maybe everyone expected the former location of El Pobre Diablo to make the ideal site for a new building, broadening the company’s urban vision. But its intentions were the opposite: to defend the history of the old house.

“This project is part of our commitment to the city, the neighborhood of La Floresta and the country’s artists and cultural actors. We’ll be creating a functional and sustainable space, something new for Quito, in a hugely-emblematic corner of the new town,” says Joseph Schwarzkopf, General Manager.

“The arts chime with our creative mission as an architectural practice and construction business,” Joseph told us recently. “In this sense, the Pobre Diablo project is really exciting.”

In order to save El Pobre Diablo from oblivion, you have to know what its atmosphere was like… imbibe and relive its intimate conversations, candle-lit wooden tables, thick walls, rickety-beamed ceilings of what was once an old coffee production plant… The architect charged with designing the new space, Daniel Moreno Flores, set himself the personal challenge of bringing back its very soul. 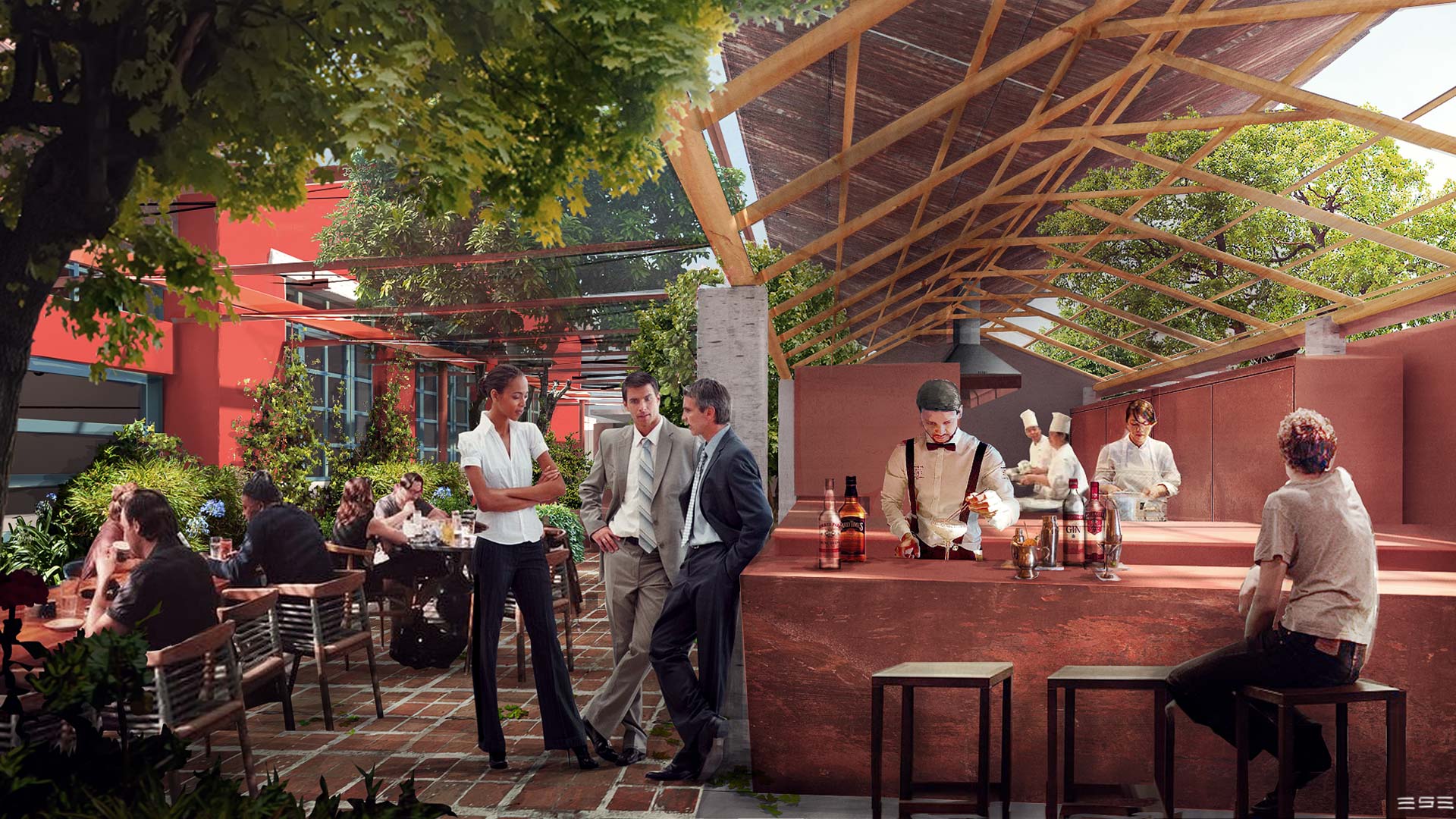 Recognized for his ambitious design of the Shalalá lookout over Quilotoa Crater Lake, and in an effort to boost and sponsor a new generation of young Ecuadorian architects, Daniel was hired by Uribe & Schwarzkopf to create the interior design of the new project. Through a joint collaboration with the construction company, Daniel decided not to attempt the design from his studio. Instead, he moved his team to the site. There, they designed, sketched and lived for seven months in the house, letting its unique character seep under their skin. With forensic precision, together with photographer Santiago Vaca and artist Andrés Santafé, they even picked at the walls to discover what they were made of, culminating the process with an exhibit highlighting the experience.

The project is demanding. It is part of a complex relationship between different structures, an architectural dance of sorts that we will see the light in early 2019. Uribe & Schwarzkopf will make the dream of reviving the soul of this iconic café a reality, turning it into a shiny new and modern nucleus for creativity.

Under the direction of Impaqto La Floresta, several projects will effervesce in the former boho-Quito hangout. Impaqto manages innovative co-working spaces, with two locations already operating in Quito (near La Carolina Park and in Cumbayá). Participants don’t just rent workspace, but are part of a hub of professionals with similar ambitions and visions with whom they can join in inspiration. Impaqto’s new location at La Floresta will focus on stimulating the creative arts in particular. 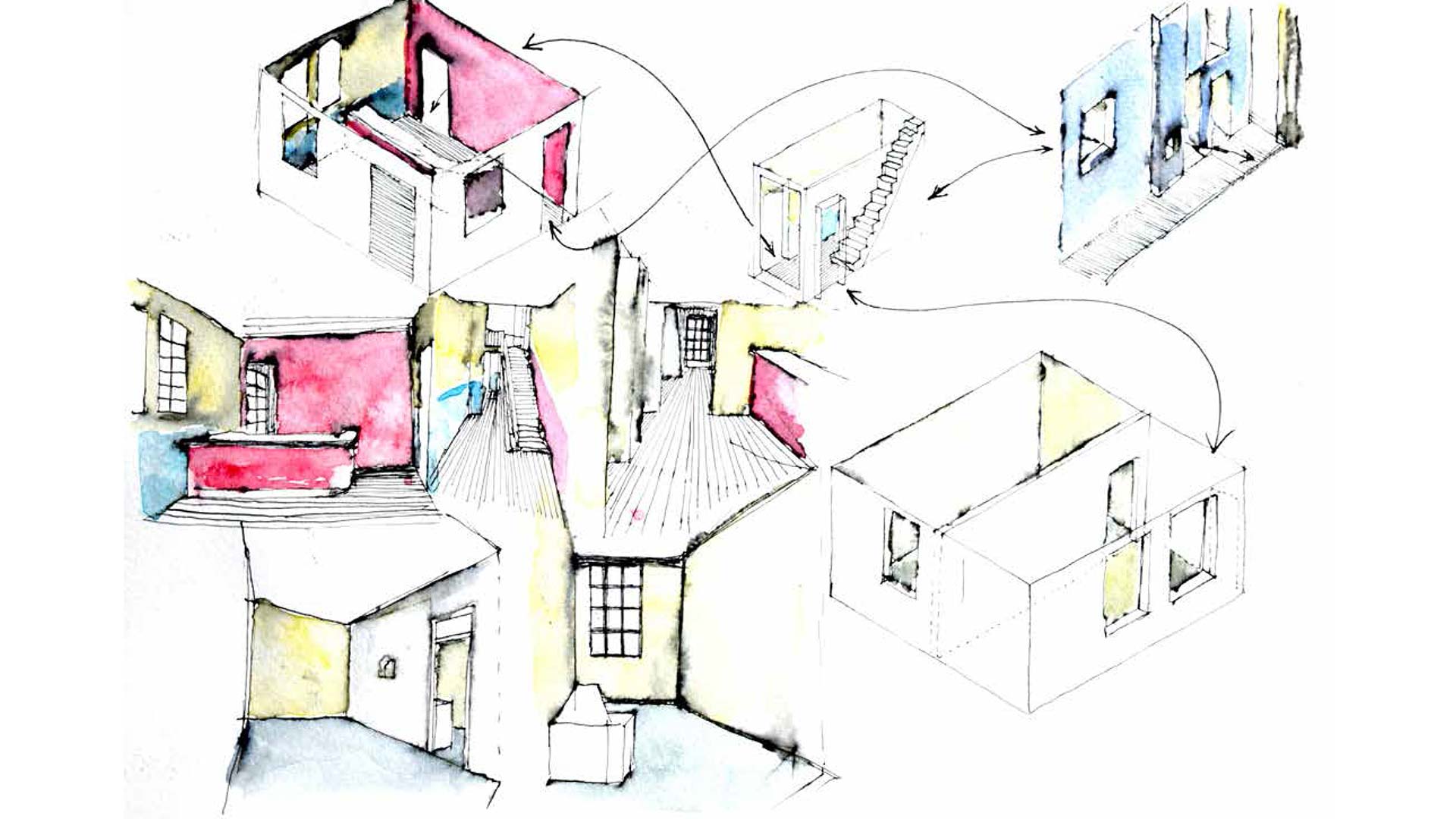 Impaqto’s creative fire will be fanned by the revived space once occupied by “El Container”, which will become an improved and expanded gallery.

“The cultural life of Quito needs spaces for artistic expression of the highest quality,” explains Joseph. “Our funding and support of the gallery will ensure it will flourish over the long-term”.

The cherry on the cake for many will be the site’s new restaurant, serving fittingly imaginative and left-field dishes in what was once, and will soon be once again, the heart of La Floresta’s creative and cultural scene.

As part of its commitment to developing ever-higher architectural standards in Ecuador, Uribe & Schwarzkopf established the Lab US. Conceived as pop-up spaces in vacant lots yet to be developed, the labs provide free working environments for young architects and students, who benefit from a program of free lectures, conferences, and workshops. The next Lab US pop-up will appear from March 2019, at a location to be confirmed.