Ikat: tying the knots of a family tradition

They call it “ikat” because someone —José Jiménez doesn’t specify if a government official or just a traveled tourist— likened the process he uses to create his exclusive shawls to the ikat technique from Balí. Jiménez says, for the record, he learned it from his grandparents. He also says that he’s the only one he knows that keeps the tradition intact: the only one “in all of Ecuador”.

It’s not the backstrap weaving, which is also part of what makes these shawls so special. There are still a handful, a small handful, of backstrap weavers in the country. It’s the knotting technique his wife Ana demonstrates on site –the famous “ikat” process– that, he tells me, makes all the difference.

Before we can even begin to theorize as to how the “ikat” traveled across the Pacific Ocean to Ana Ulloa’s hands, we silently watch her sitting at a loom-like structure covered in thread, knotting away. She makes small single, double, triple loops with rope and as we look on, José Jiménez promises these are actually the basis of a series of fine designs that will reveal themselves like a butterfly spreading its wings for the first time. 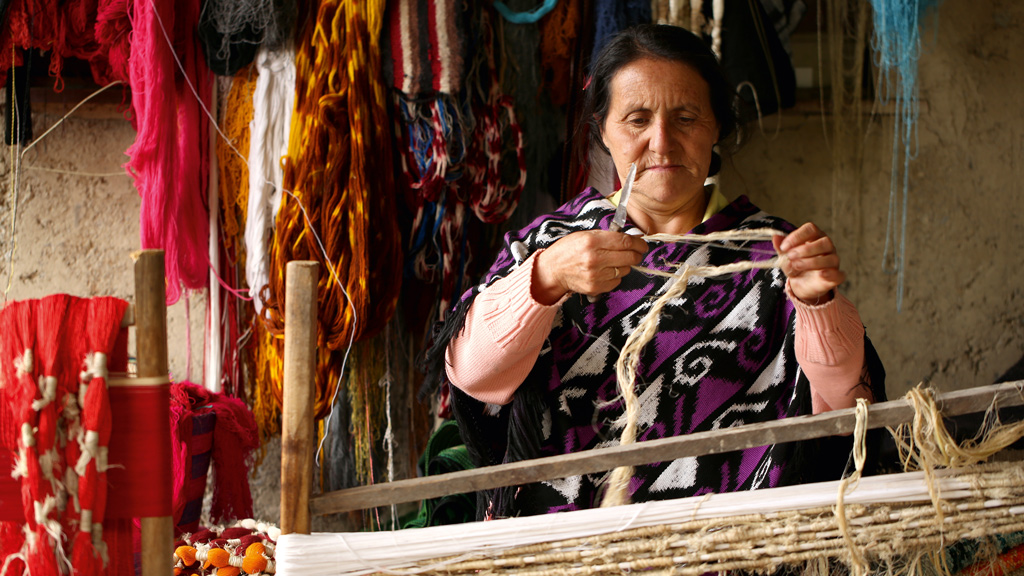 Apparently, four thousand knots a day is, on average, what Ana Ulloa produces. The knotted strands of thread are then stained with natural dyes (lichen for light greens, dead leaves for browns, the cochinilla insect for reds, that mixed with salt or lemon create yellows and oranges, Jiménez even uses alfalfa or onions to get specific hues).

Then the dyed thread is hung to dry, and once dried, the knots are cut off, bringing to light any number of patterns, from triangles to little hummingbirds, across the fabric. It’s obviously unfinished, the strands not yet joined together, but José Jiménez smiles: “this is the famous macana. My grandfather used to trade it for salt, sugar or candles in neighboring towns. That was a long, long time ago.” 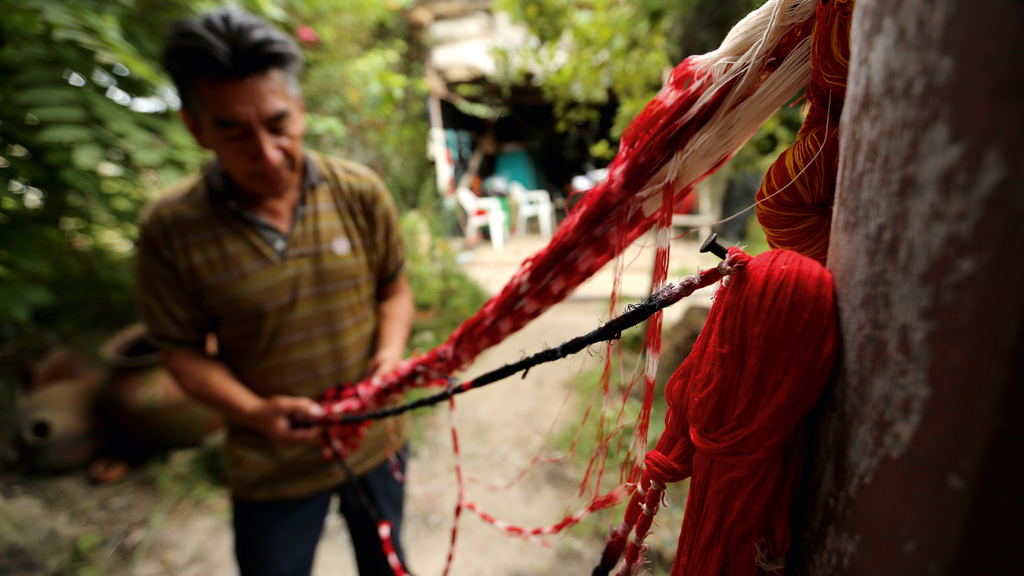 Upstairs, on the second floor of this large, rustic, wood structure the Jiménez family calls home, we find a gift shop where completed macanas, about $50 a piece, are piled all along the central and side tables of a poorly-lit room.

He owns several heritage pieces made by his grandmother as well, that are not only sentimental in value, but astoundingly beautiful.

The ikat technique, advertised on a banner outside, is in itself highly worth the visit, but José Jiménez actually reached worldwide audiences thanks to another family craft, the beautiful embroideries known today as the Salma Hayek shawls. “I’m still waiting for Miss Hayek to arrive in her tinted limo and shake my hand”, says José, who has never actually seen the movie in which the actress wears them. “They tell me she looked great in it”, he adds. 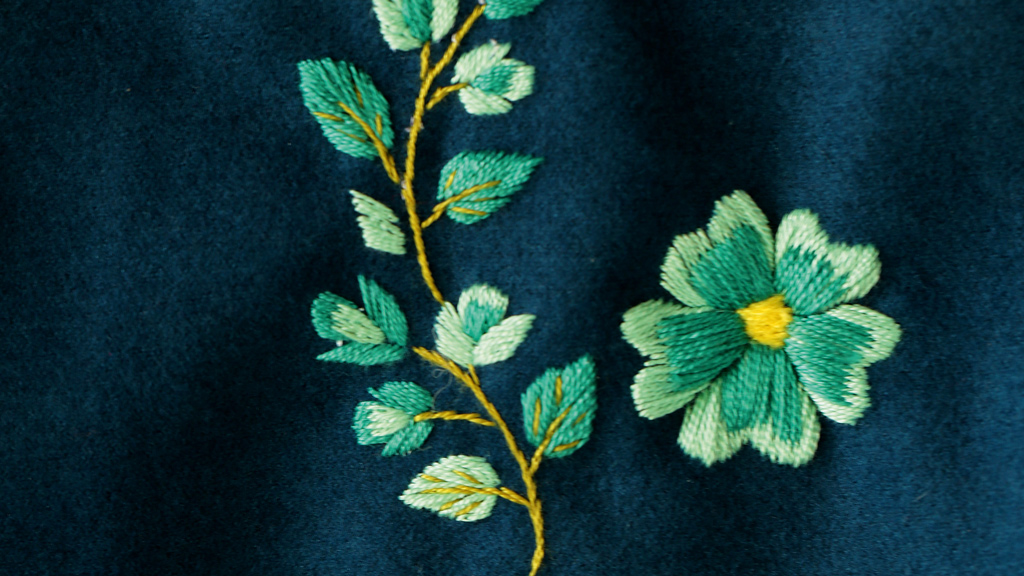 One of the many credited assistants of the motion picture Frida, in which Hayek portrays feisty Mexican artist Frida Kahlo, pulled up one day in front of the workshop and walked straight up to José asking him if he would make 12 shawls in 2 months. “It was a lot of work, taking into account the slow, meticulous process of each shawl, but, of course, we did it. Thankfully, though, we had four that we’d recently finished, which the lady took right then and there”.

Throughout the rustic workshop, filled with age-old machinery including a Spanish colonial loom, a backstrap loom, and the unique knotting station, we find the delicate results of a lifetime of craftsmanship, whose latest additions are folkloric designer shoes.

Just to witness the creati- vity and uniqueness of each product explains why visiting José Jiménez at his workshop is central to any mortal’s visit to Cuenca, as he and his wife embody the essence of what being an artesano is all about.