Humboldt & Bonpland in the wild northwest

Humboldt and Bonpland never got to explore the northwestern slopes of Mount Pichincha, an area in Ecuador that today is considered one of the most biologically-diverse in the country (and the world). There is no doubt that they would have been completely awestruck… perhaps even more than they already were during their historic stay in the country.

In 2018, the Chocó bioregion in the Northwest of Pichincha Province, one of the world’s most mega-diverse areas in the world, was declared a Biosphere Reserve by UNESCO.

A little over a year spent in Colonial Quito sounds like a long time, but, given the constraints of travel in the early 19th century — by mule or on foot, with all the logistics involved in moving their instruments — the months soon ran away from them. Only on their way to Bodegas, in the lowlands of today’s Los Ríos province, did Humboldt and Bonpland glean some of the great diversity found among the dozens of ecological niches created by the steep Andean hillsides. Quito’s Northwest, with its fascinating web of life, would no doubt have blown the scientists away. Today, we can easily enter a Humboldt and Bonpland mind-frame in this wild area just a short drive from the capital, a place where science and history connect.

What fabulous discoveries did Humboldt and Bonpland miss out on? 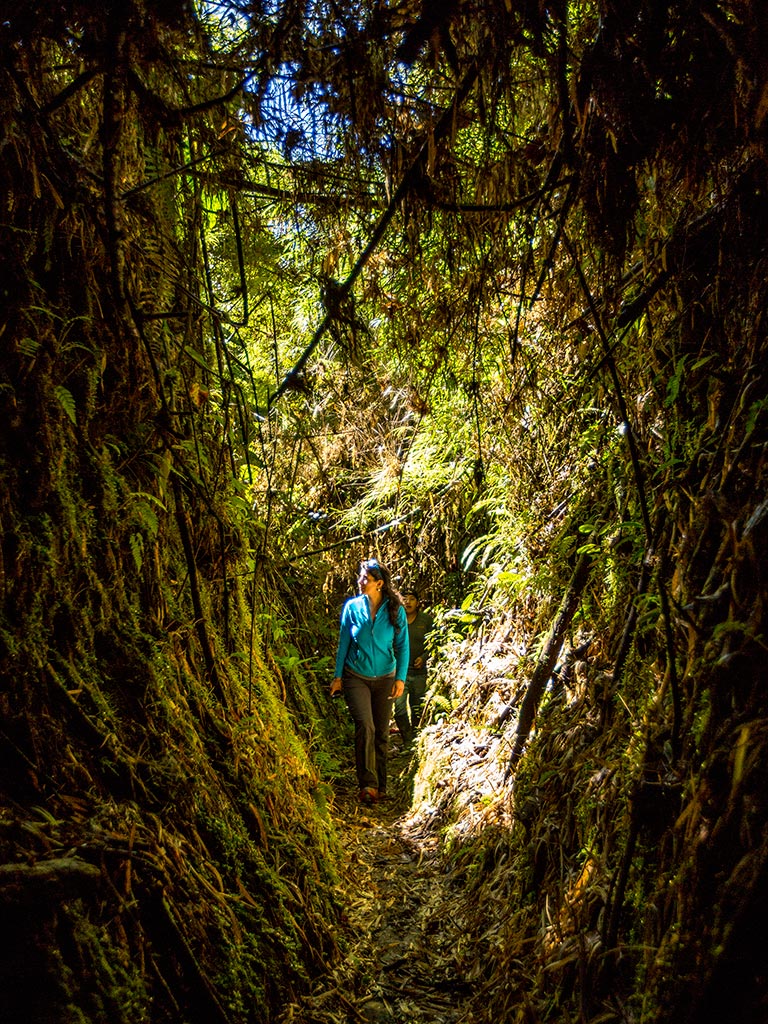 In pre-Columbian times, colunco paths were dug into the forest floor, with a natural cover of trees that protected walkers from rain. These paths allowed merchants to transport products from the Coast to the Andes. In Yunguilla, Santa Lucia, and La Armenia find astonishing remnants of these age-old “roads”. 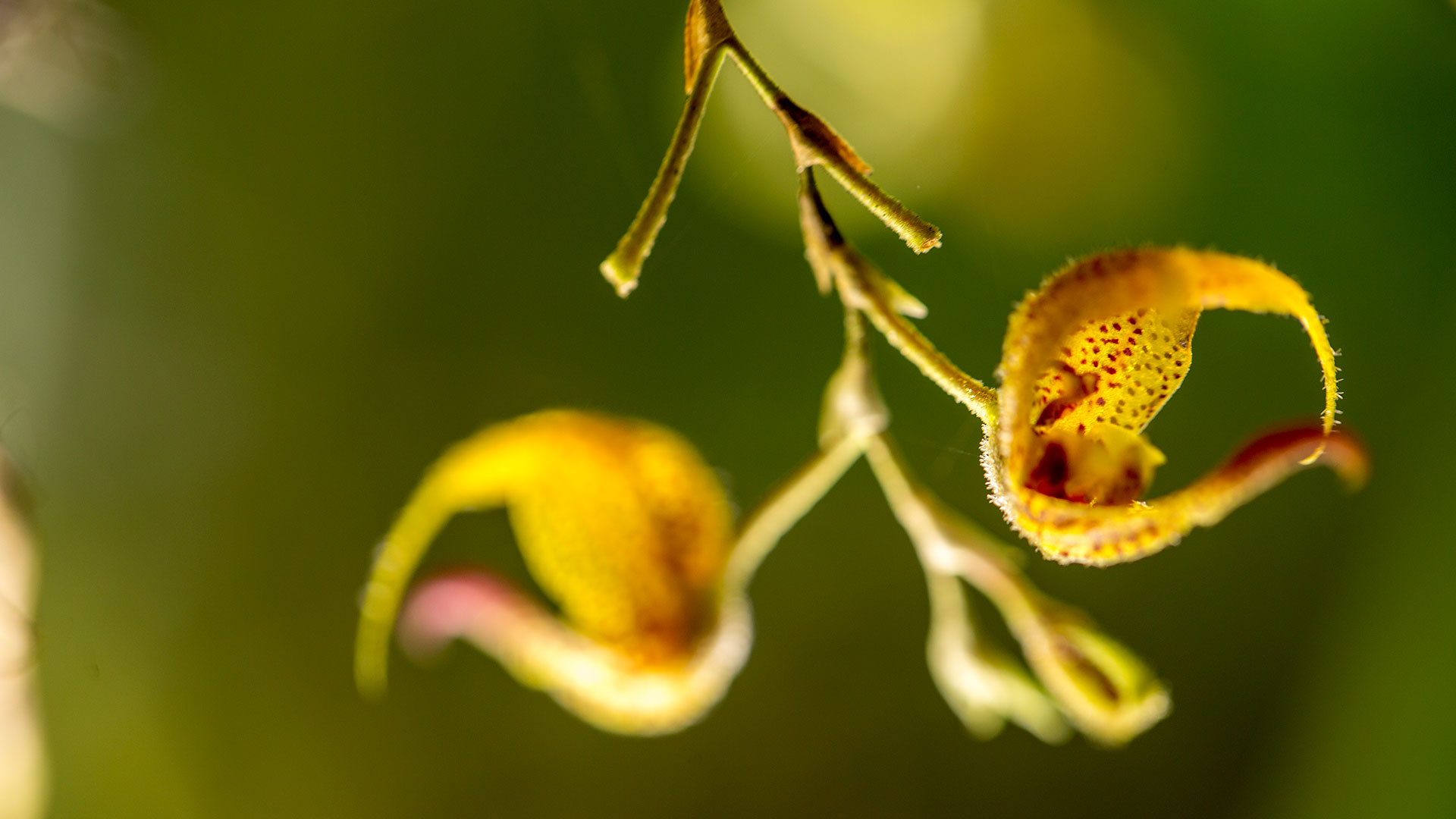 Bonpland and Humboldt were fascinated with orchids. Places like El Pahuma invite us to discover several species at their orchid garden, as well as beautiful waterfalls hidden inside the forest.

Humboldt climbed Mount Pichincha three times, but never discovered the area of elfin forests further to the north at Yanacocha Reserve. The area also includes vestiges of prehistoric irrigation systems, as well as a remarkable array of flora and fauna.

Bird diversity unparalleled in the world

In Maquipucuna, Tandayapa, the “Hummingbird Path” eco-route and Mashpi, the variety of bird species (from tanagers, toucans and hummingbirds of all colors to the exotic Cock-of-the-Rock) are now easy to see and undoubtedly would have made Humboldt and Bonpland forget the plants and volcanoes they were obsessed with for at least a moment.

The stone pools found in Tulipe would have captivated Humboldt… What are they? What were they used for? A look into the past, brought to decent life at the site museum. 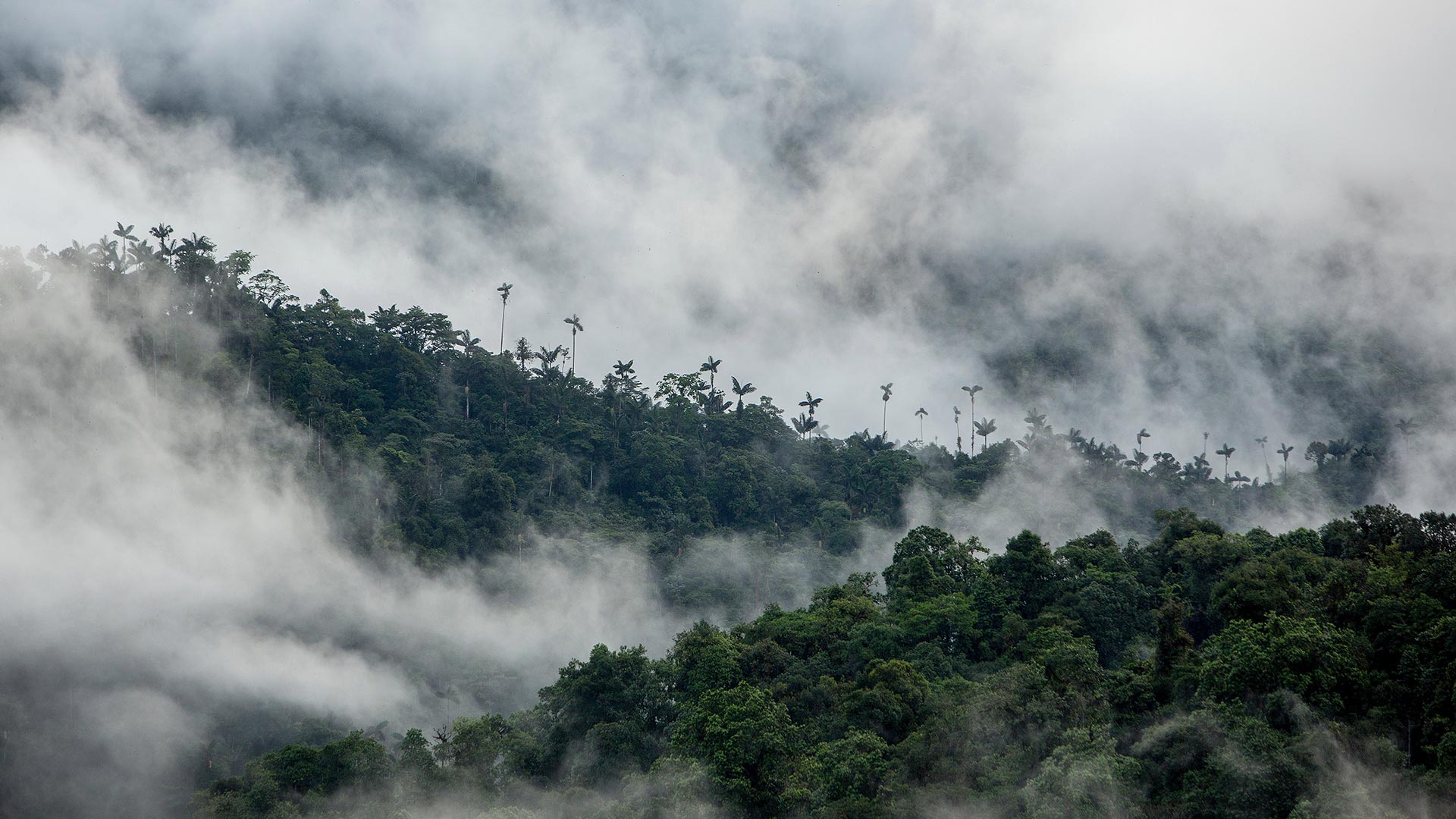 Tracts of virgin forest and dozens of microclimates

Any visit to the Northwest would undoubtedly have forced Humboldt and Bonpland to stay longer in the country, exploring the amazing prism of climate ranges found between the Andes and the lowlands. In places such as the Mashpi Reserve, with an altitudinal range of between around 2,100 masl down to 1500 masl, imagine how much biodiversity would they have discovered!

Visit the Northwest with a spirit of exploration worthy of Humboldt and Bonpland!