Yes, Zuleta is its “hacienda”; an old, beautifully appointed, carefully-restored Andean country estate; a wonderful place to overnight that defines life in the Ecuadorian countryside. But Zuleta is also the art of embroidery of talented local artisans; the delicious, organic produce harvested throughout evergreen pastures and patchwork fields; its ecological vision to restore emblematic species such as the Andean Condor and the Andean Bear; the deep-rooted relationship the hacienda maintains with its local community and its pre-Inca past… Hacienda Zuleta is an age-old story that unfolds the longer you stay and explore.

To mention Hacienda Zuleta today, you must start from the beginning. But which? A recent instance is the creation of the Galo Plaza Lasso Foundation, in 1995, through which its main projects operate. We can travel back to the late-19th century, when the farm was acquired by José María Lasso, who would then inherit the property to his daughter “Doña Avelina”, at the time the wife of former Ecuadorian President Leonidas Plaza.

We can go back further in time, to 1713, when the hacienda was bought by Canon Gabriel Zuleta, after whom the hacienda was named. But the true story begins earlier still, after the great eruption of Mount Quilotoa, when native Karanki villagers settled in the Zuleta valley.

Given its privileged location in the heart of the Andes, Zuleta rests surrounded by imposing landscapes. The endless valleys within the property are eternal witnesses of their surrounding magnificence, where pre-historic Karanki remains confirm a long history of human civilization. These are among the best-preserved remnants of an ancient culture and, therefore, a crucial window into the past, one of many threads to draw from when seeking to discover the significance and legacy of a place like Hacienda Zuleta…

A few meters from the church, we find the main entrance. In fact, the town church and communal square have existed within the property for centuries. Now, a new store — ‘La Casa Zuleta’— sells products made exclusively by local craftsmen and women.

Cows and horses roam free, revealing a deep-rooted farmer’s tradition. Local villagers are regularly seen walking along, carrying milk to produce an array of mature cheeses that dominate the quality cheese market in the country. Around 7,500 liters of milk are processed here every day!

A square with its imposing cross in the middle surrounded by a traditional hacienda façade, which still preserves its original materials, allows us to imagine day-to-day life when former President Galo Plaza Lasso strolling about the property in his eternal overalls. Those who knew him have said it was all he ever wore; even during family gatherings.

The bounties of a pastoral life

Today, the hacienda offers twenty-one rooms, each named after a former relative. The rooms house the essence of the original construction, respecting the large and colorful windows, the décor of yesteryear, restored to provide “utmost comfort”, a maxim of the ‘Zuleta’ experience.

In the dining room(s), the original fireplaces are preserved, and “cheese mornings” or “afternoons” are always welcome to accompany your meal. Most vegetables, fruits, spices, and herbs on the menu come from the hacienda’s own organic vegetable garden, christened “Rosario Plaza” in honor of president Galo Plaza’s wife. The property also features a library, decorated with paintings, embroidery, and photographs that mark the historical essence of the estate.

Hacienda Zuleta’s cheese is, of course, the star product. At its visionary Cheese Museum, learn and take part in the production process, a visit that lasts half an hour (if you fancy the full hands-on experience, don’t miss out on the daily milking of the cows).

Currently, there are fifteen types of cheese, all artisanally made. My recommendation? The mix of four cheese styles: “Pategras”, “Danbo”, “Angochagua” (a semi-mature and semi-soft cheese), and “Don Galo” (mature and firm). 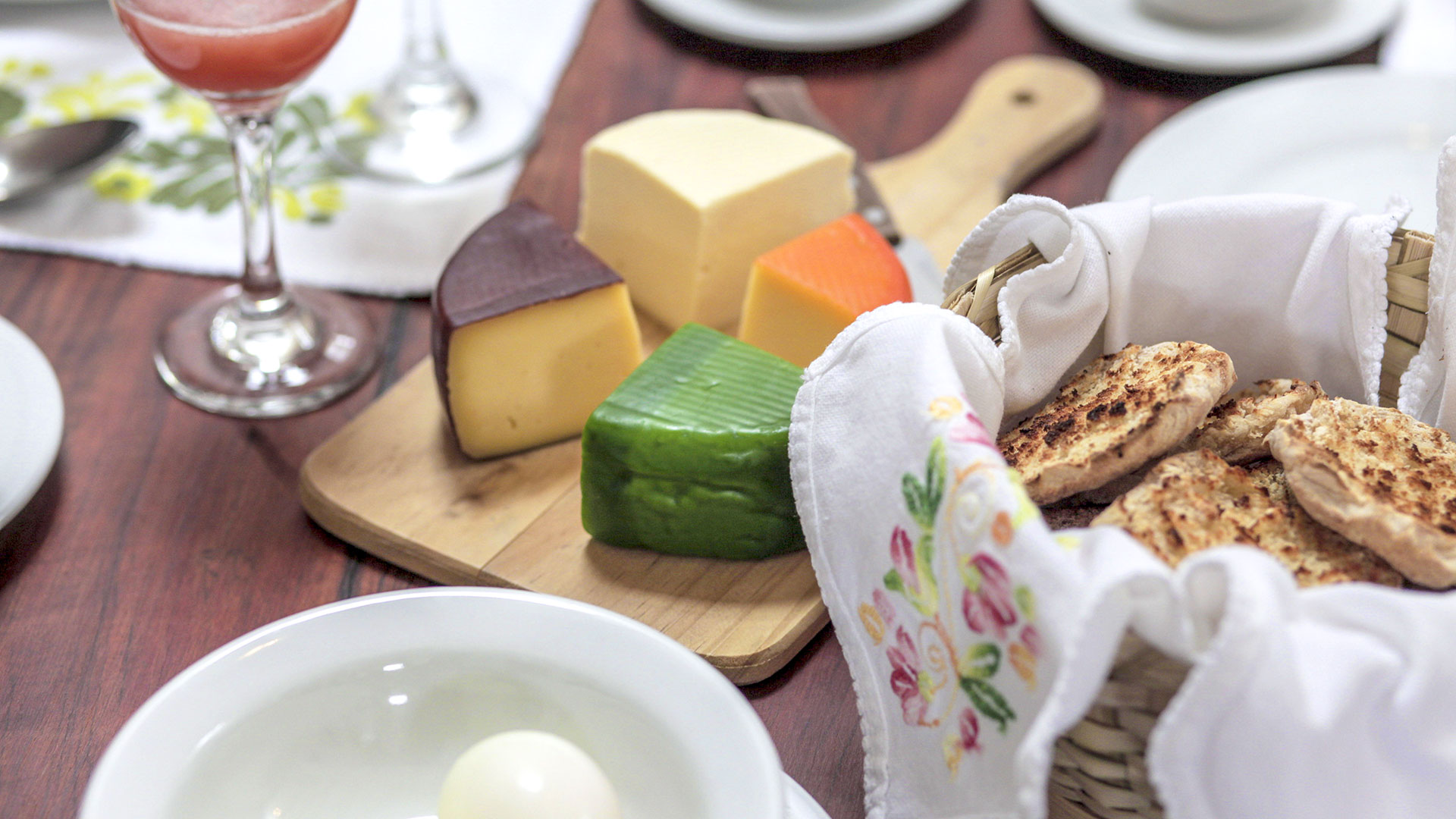 The farm also produces cream, wool, wood, compost from its worm farm… In short, this is a fabulous portal into country life: self-sufficient, sustainable, that has it all.

In fact, all things produced, bought, and sold at the hacienda are detailed in a general diary, an extensive handwritten document that specifies, by day, everything that has ever happened here. Day by day… for decades!

This is but a brief example of just how much there is to discover in Hacienda Zuleta, one of Ecuador’s most exhilarating mountain experiences, a place that offers those who delve into its mysteries and fascinations, endless paths (both real and imaginary) along which to walk and explore.