The Monastery of Las Conceptas in Cuenca was raised from the ashes of the Spanish Conquest in 1592 like most cloisters of the religious world: that is, like a walled city, an impenetrable bubble. In times of great demand, over 300 women lived here at one time, admitted between the ages of 8 and 12 years´ old.

They were allegedly initiated by spending the night in the cemetery, among corpses and graves, followed by complementary rites (cutting their hair, relinquishing their first name, etc…) and a celebration that welcomed them into a world of absolute self-restraint. From the moment one crossed the gates, they could never see their family again, except in the form of uncertain shadows behind a turnstile, just as they would see the street and the city. 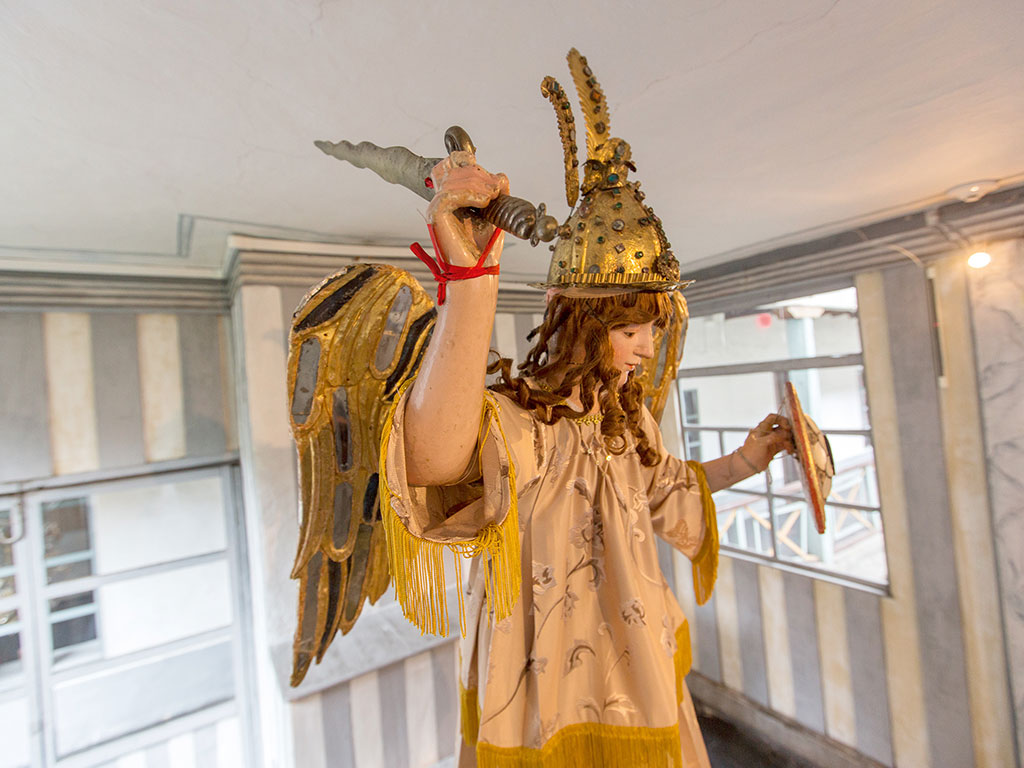 “If only the turnstiles talked,” sighs Clara Jaramillo, director of the Conceptas Museum Foundation…

Inside, the nuns found everything they needed to subsist. There were even neighborhoods according to social class. There were orchards, flour from the nearby mills, and honey to sweeten their recipes (Conceptas’ pastries are a staple in the city, p. 73) and all the medicinal plants necessary to cure all ills. There were porcelain dishes from around the world offered as dowry by families who had visited Europe. There were fleeting moments kept vaulted forever behind these massive colonial walls. Today, just by closing the gates of the museum, located in the small wing that formerly served as the monastery’s hospital, Clara Jaramillo says she feels the breadth of extreme isolation. She says, “Here, we listen to silence”.

The foundation that runs the museum, a private nonprofit institution administratively separate from the cloister itself, is, after all, the only link between us and this secret and fascinating legacy. Through art and sculpture, aged wooden columns that hoist up the rustic building, ancient trees sprouting from the inner courtyards, irregular walls that signal the passage of centuries, we can almost guess, as through a window or behind a door, what’s inside, the latent spirit that embodies this hidden garden as old as Cuenca itself. Paintings, china, toys, real life hair of nuns who have passed away long ago adorn figurines, immortalizing holy saints made out of wood…

We catch glimpses of symbolic sensibilities like fossils of faith and identity: a child God embracing an Andean hummingbird; the fabulous ‘riscos’; Nativity scenes offering endless visions of baroque proportions; more syncretism in the lightning/sword of Michael Archangel, evoking the power of the Native Sun God, in an otherwise orthodox representation of the biblical character. We also find a life-size Archangel Michael, wearing robes that nuns change every so often, and an urn made of tagua nut with Jesus Born wrapped up like an Egyptian mummy. Saints, many no longer worshipped, represented by the best artists in Cuenca… Clara shows us, with special enthusiasm, a pair of angels who were once nude but who the nuns opted to dress – there is also a Virgin’s breast feeding which nuns decided to swathe in a coat, all examples of a fleeting encounter of cultural expression. 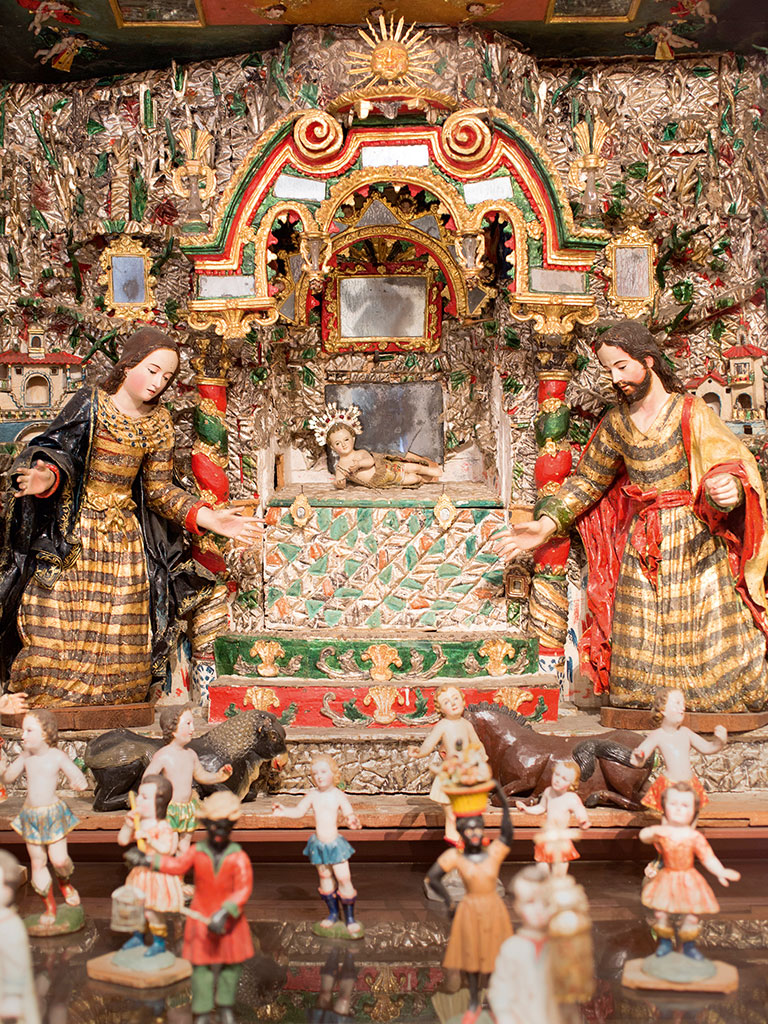 There is also a desire to remain faithful to the original structure and materials.

“Not only do we want people to see the artwork. We want them to experience everything else, too: every creaking step, every corner of this ancient construction. So, even though some have suggested that we modernize the exhibition spaces, we have not changed a single window frame,” says Clara. “It is important for people to see how it’s all preserved. Just by walking down the halls, we are transported to another time.”

The central courtyards showcase every herb, flower and plant that once grew inside. Besides being beautiful, they are like veritable botanical gardens full of variety and color. According to the director, it was important to show that life in the cloister was also a coexistence with nature. Among datura and penapenas, acanthus, chamburo, ciglaló, the Heart of Mary, linden, feverfew, and much more, we see a small San Pedro cactus (a relative of Peyote), a renowned hallucinogen used by native shaman, that emerges from all the humid diversity.

Personally, it is perhaps one of the most unique museums we’ve visited in the country. As part of a city within a city, this museum protects. They share all their walls, but like two cities intertwined, they seem to understand what unites them and what distinguishes them.

Addess: Hno. Miguel 6-33 y Juan Jaramillo
Opening times: Monday to Friday 9am to 6.30pm; Saturdays and holidays: 10am to 1pm