In November 1997, an incredible finding ignites a conservation movement. Twenty years later, its founders retell their stories and motivations.

The coronation of the twenty years of research to complete the book The Birds of Ecuador was a short trip to record voices. John Moore, his wife, Lelis Navarrete, and Mercedes Rivadeneira joined Robert Ridgley, the book’s author and future founder of Jocotoco Foundation, on a trip to Quebrada Honda, below Nudo de Sabanilla in the East Andean slope of Ecuador. 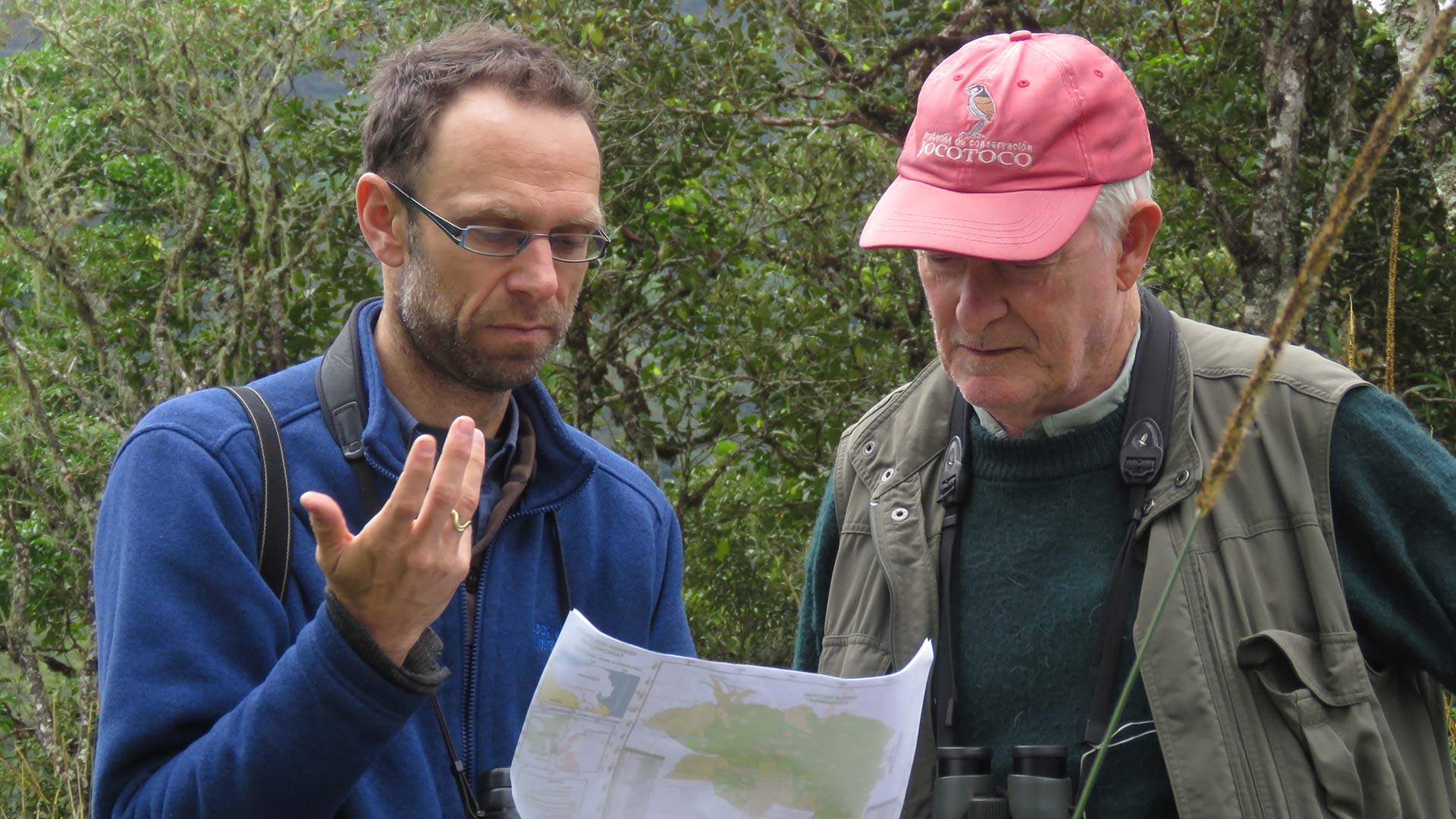 Robert Ridgely: “November 20th, 1997:  After dawn, Lelis and I heard this bird, too far away to be recorded.  At 11 o’clock, the bird called again in the bamboo, close to me.  It was loud and I immediately recorded it.  We knew it was something really interesting, but had no clue what it was.  I played the recording and the bird almost crashed abruptly and rapidly from the bamboo.  And there it was right in front of us –the entire group this time!  We knew we had something really, really good.  I played the recording and the bird started to sing, hopped down, right in the open.  I’ve never seen that again!

Making it even more incredible, a second individual came out!  It was a female. It think it was meant to be.   We made a detailed description talking in my cassette and patted our backs.

We changed our plans and returned to photograph the bird the following day.  We were unsuccessful; weather conditions were not good.

This time, I was able to photograph it, but didn’t know what I had gotten until I was back in the US.

People would call me by phone to listen to the recording. I would play over the phone. The excitement was growing…”

Nigel Simpson, founder and donor: “David Agro, current president of Fundación Jocotoco, passed me the exciting news of Bob’s amazing discovery. I asked David which of the Antpittas in Bob’s textbook ‘Birds of South America’ it resembled. David said it was like none of them! We immediately planned to go and met in Quito on January 10th, 1999.  I was happy to fund this very successful expedition to Cerro Tapichalaca.

We decided purchasing this site where the Antpitta resided. The local farmers –who called this bird, “Jocotoco,” agreed to sell as none lived there in this unpleasant weather.

We started to establish a Foundation in Ecuador to become the owners and to employ local people as Rangers. I created a Charitable Foundation in UK to fund this project.  My charity was approved in June 1998. The first large forest at Tapichalaca was purchased. 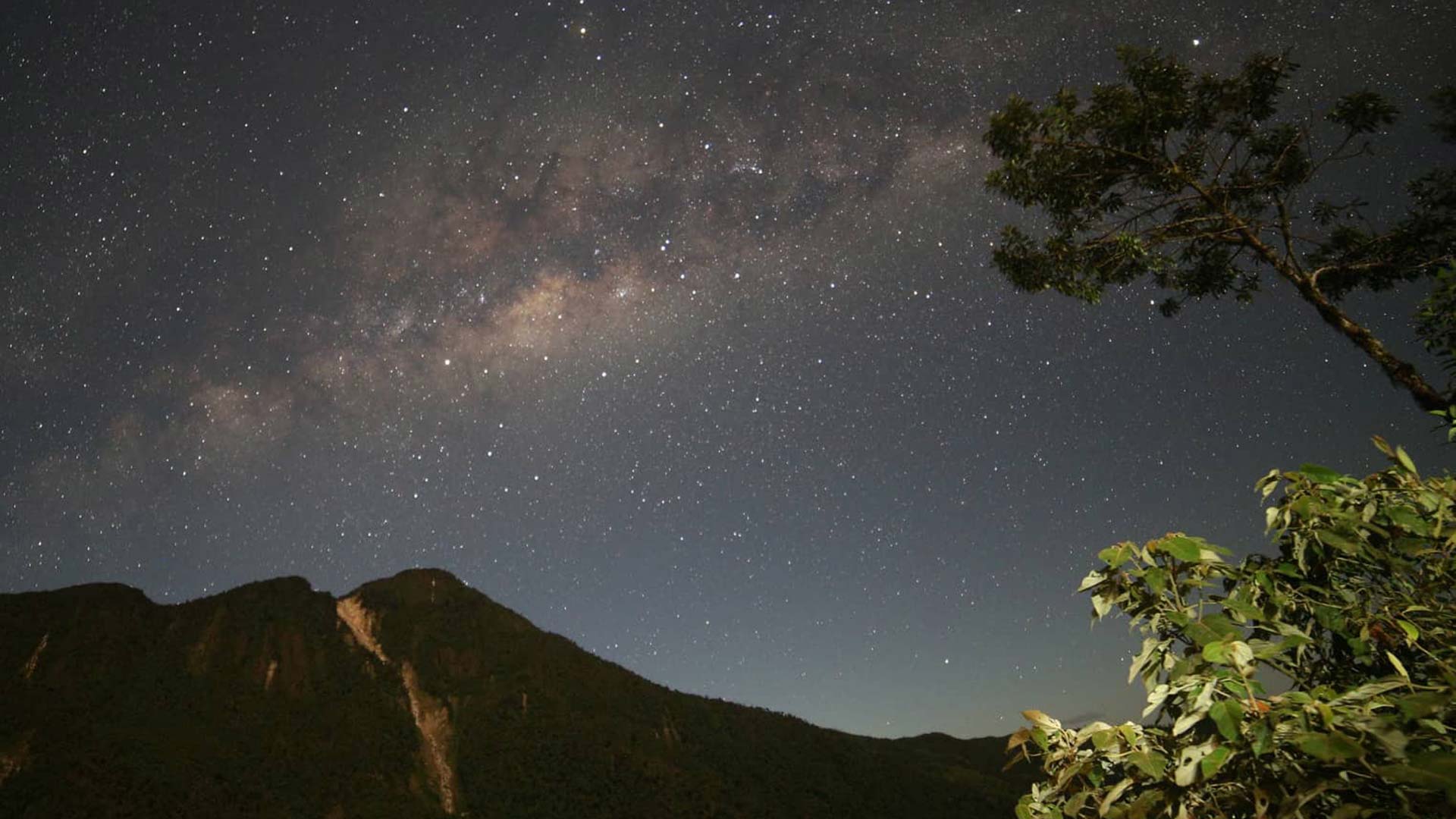 The Foundation in Ecuador was approved in January 1999.  Bob, John Moore, Lelis Navarette, Francisco Sornoza and I revisited Tapichalaca and other sites in the south. These sites are now the Buenaventura and Jorupe reserves of Fundacion Jocotoco. John Moore joined me as a co-funder, and has continued ever since.